You almost wish you could hear the conversations that prompted something like “WandaVision.”

So totally different, so off-brand, it seems like someone is punking Marvel’s universe.

Instead, it’s a very savvy way back into the world that collapsed in “Avengers: Endgame.”

Shot in black and white and paying homage to sitcoms of the 1950s and ‘60s, the first two episodes find Vision (Paul Bettany) and Wanda Maximoff/Scarlet Witch (Elizabeth Olsen) in a ranch home trying to fit in with busybodies and bean counters.

He works at a business that no one can define; she stays at home trying to make like Donna Reed. (Or, better yet, “Bewitched’s” Samantha.)

They work their magic to keep up the ruse, then find there are things that go bump in the night. Are they nothing more than tree branches? Or is this much, much more?

Created by Jac Schaeffer, “WandaVision” openly hugs shows that have never really gone away. Bettany’s bumbling ways are similar to Dick Van Dyke’s; Kathryn Hahn (delicious as Wanda’s friend, Agnes) is every busybody neighbor on television. The series even has commercials for products that might have been popular during the mid-century. Ah, but pay closer attention. They contain clues to the larger story at hand.

What’s great about “WandaVision” is how it exists on several levels. On the surface, it’s an old-school sitcom, filled with sexist humor and stereotypical situations. One level below, it’s “The Truman Show,” packed with sociological commentary. One level below that, it’s a continuation of the Marvel story which took more than 20 films to unpack.

Vision, who’s an android, has to try to pass among the uptight Westview community. With a wig and makeup, he looks like he could fit in, but he doesn’t quite have the social skills to make it happen. As a result, he’s the bumbling husband (think: Dagwood, Ricky Ricardo) who has to be steered by his wife.

Wanda, who used telekinesis and telepathy as Scarlet Witch, buries her Avenger past a little better. She plans parties with “the girls,” whips up dinners (with the help of a little magic) and settles in just by playing the game. When Agnes shows her a magazine article, “How to treat your husband to keep your husband,” she’s more than eager to learn.

Schaeffer makes sure it’s all very harmless. Then, just when you think you’re familiar with “WandaVision’s” world, it shifts. That black-and-white home gives way to a technicolor “Brady Bunch” split-level.

Other tweaks occur within the format and, soon, one episode is definitely not like another.

Olsen gets the best nudge from this concept. While Scarlet Witch seemed a little underused in the “Avengers” films, she’s given a full workout here and shows superb comedy chops. You practically think Olsen is channeling Audrey Meadows.

Bettany has a little tougher go, largely because he’s playing so many angles. In the first three episodes, his British accent doesn’t raise any eyebrows but it does separate him – which seems like “WandaVision’s” driving force.

Because Schaeffer’s company is so exacting at reminding us what we used to watch, we don’t realize what it is we are watching. Extensive credits (they’re as long as ones you’d find on a three-hour movie) hint at more to come but it’s the stray things you can pick up on during those routine situations that bear fruit.

Easily one of the best new shows in years, “WandaVision” accomplishes the impossible: it pulls us back in just when we thought we were out.

“WandaVision” is now streaming on Disney+.

“Tenet” was supposed to be the summer’s big blockbuster – a sure bet for Oscar consideration later in the year. Then COVID-19 hit, “Tenet’s” r…

A deal with the devil: 'Losing Alice' poses plenty of 'what if?' questions

If someone showed a keen interest in your work and happened to know everything you’d done, would you be flattered – or unnerved? That's the opening question of the new AppleTV+ series.

Slow in parts, it twists its message in the end with good performances from Leto and Denzel Washington.

How do you play an alien? It's all in the voice, says Alan Tudyk

A master voice artist, Tudyk was part of such Disney hits as “Wreck-It Ralph,” “Frozen,” “Big Hero 6” and “Zootopia.” His next assignment is in the new SYFY series, “Resident Alien.”

JT does a fine job as an ex-con. But “Palmer” is about Ryder Allen.

Keen on television: Kenan Thompson adds a sitcom to his plate

Producers of both “Saturday Night Live” and “Kenan,” the new sitcom, have been able to adjust his work schedule so the utility player can still make most weekend broadcasts.

REVIEW: A long 'Raya and the Last Dragon' borrows plenty from the past

“Raya and the Last Dragon” seems like it should be based on some ancient tale passed down through generations.

What's the game plan for Marvel's 'Falcon and the Winter Soldier'?

If you haven’t dipped into the Marvel universe, don’t worry.

REVIEW: 'Falcon and the Winter Soldier' has big-screen look, ambitions

“The Falcon and the Winter Soldier” looks like one of those big tent-pole “Avengers” films. It has the splashy special effects, the jaw-droppi…

When the coronavirus pandemic shut down live performances last March, magician Bill Blagg gave himself one year to get back in the game. 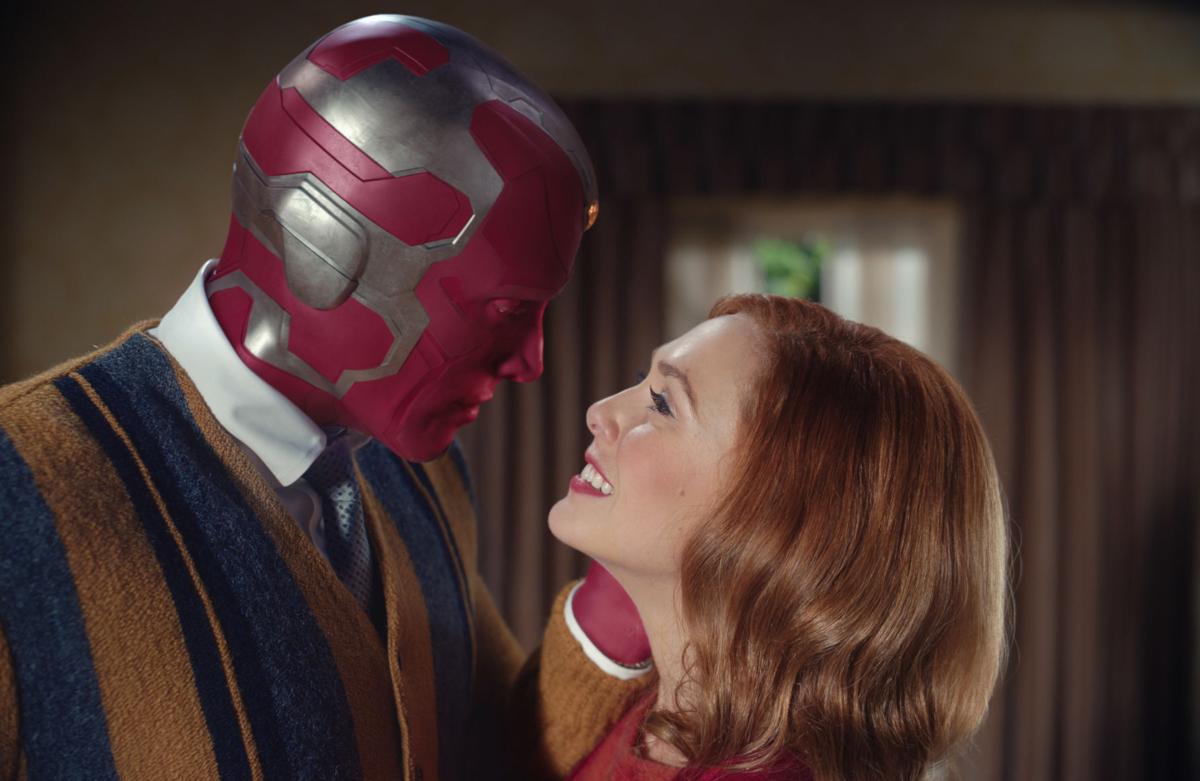 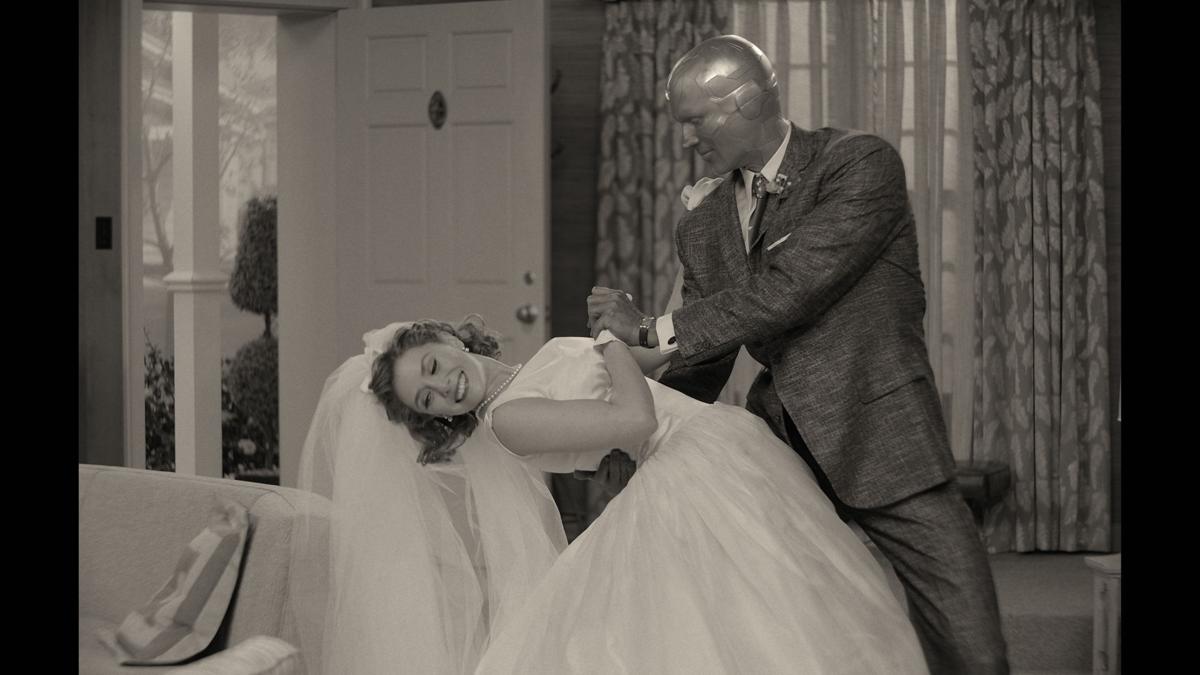 "WandaVision" begins in black and white, then turns to color. Here, Wanda (Elizabeth Olsen) and Vision (Paul Bettany) arrive at their new home. 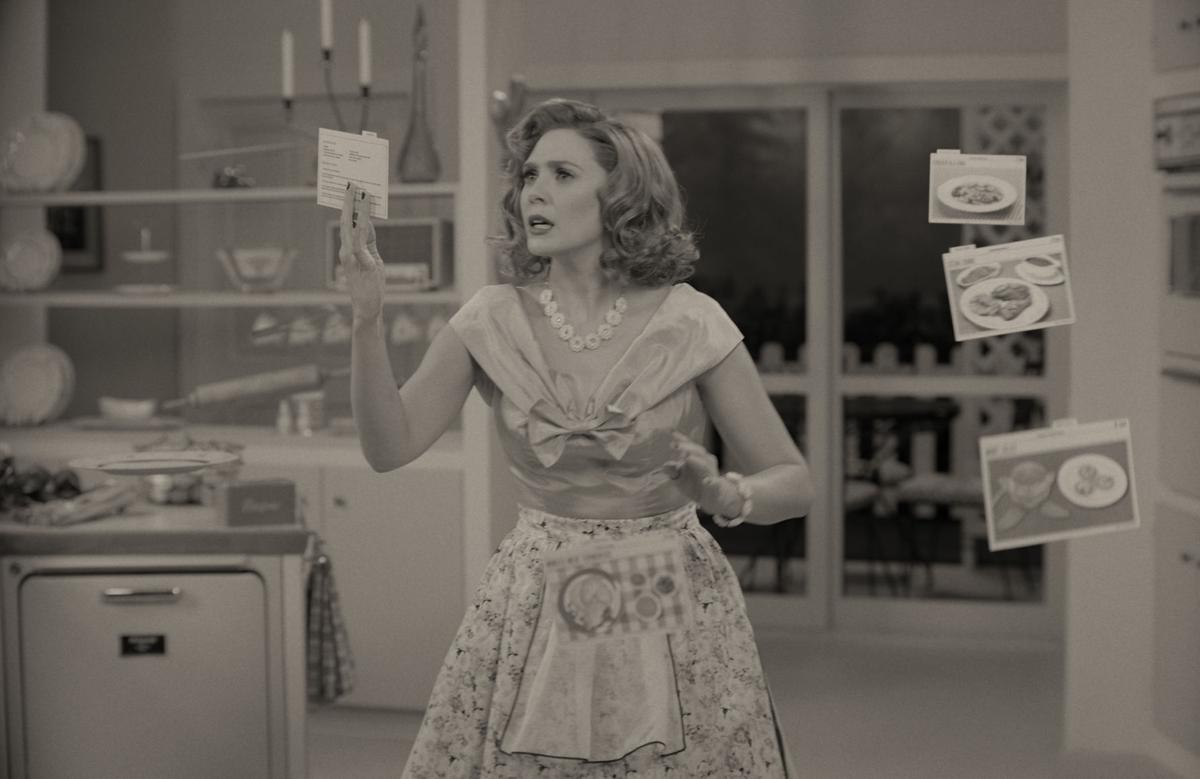 How do you cook a meal for your husband's boss? With a little magic, according to Wanda (Elizabeth Olsen) in "WandaVision." 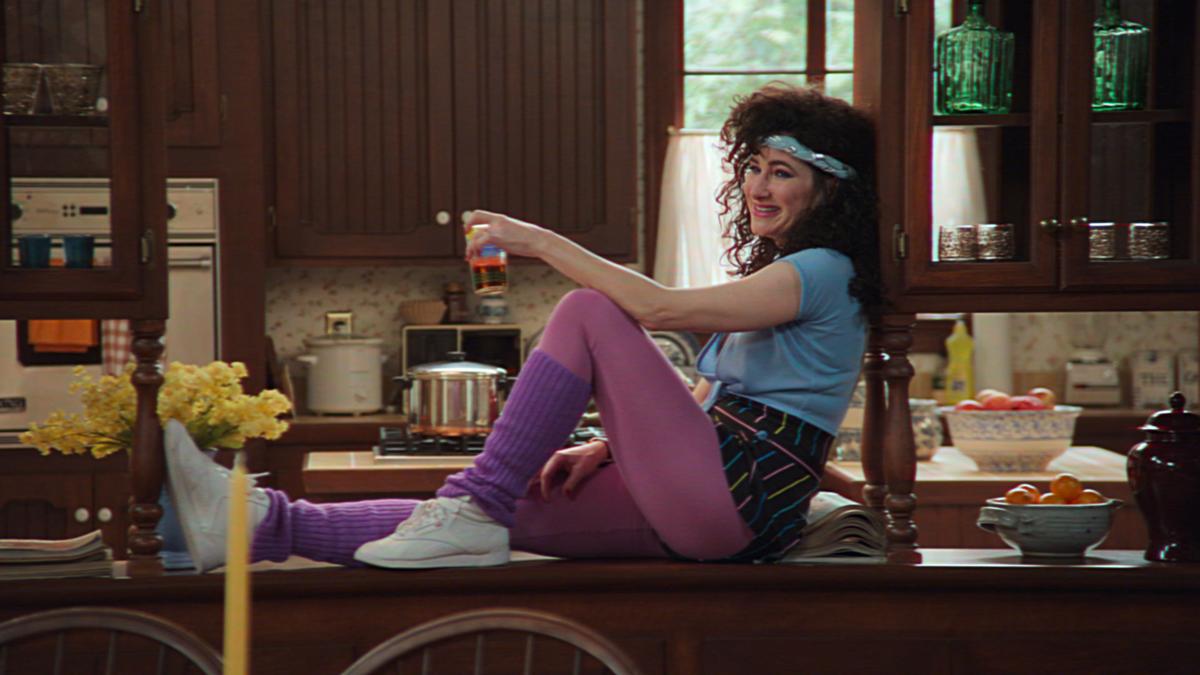 Kathryn Hahn plays the offbeat neighbor next door in "WandaVision."