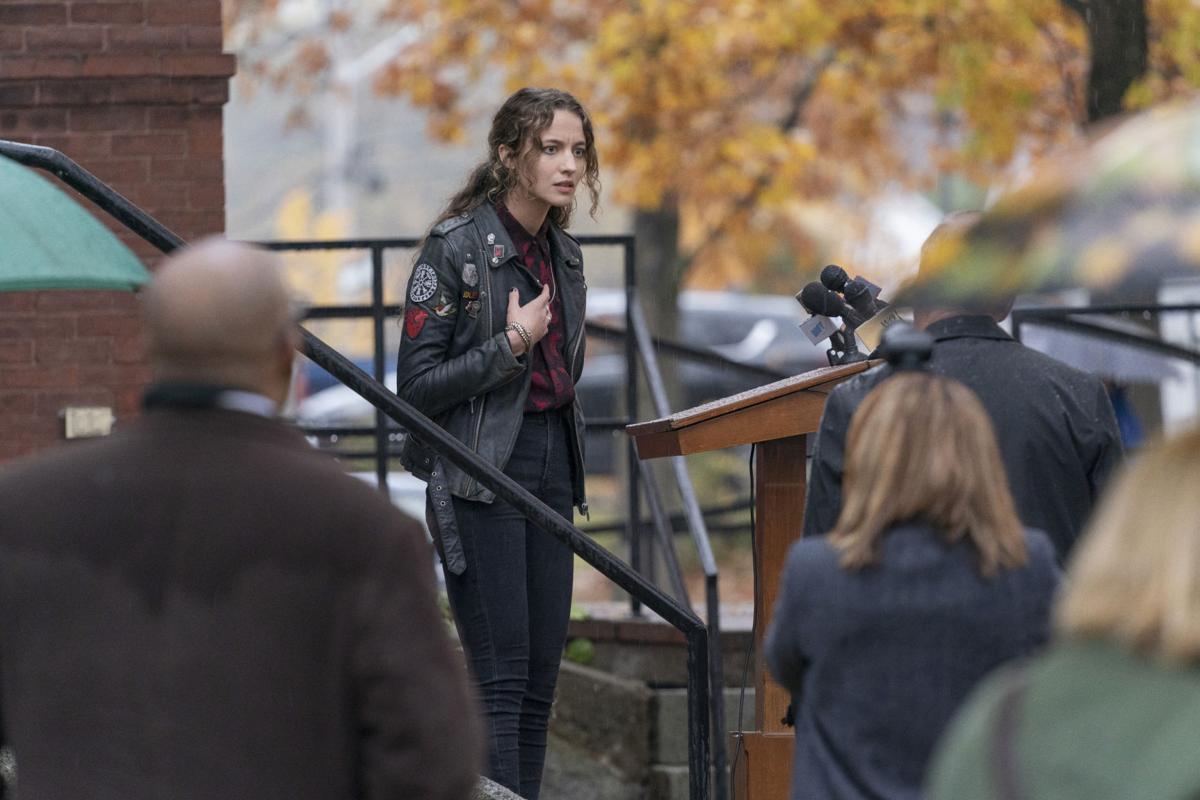 Stella Baker stars as Sarah Cooper "The Republic of Sarah." 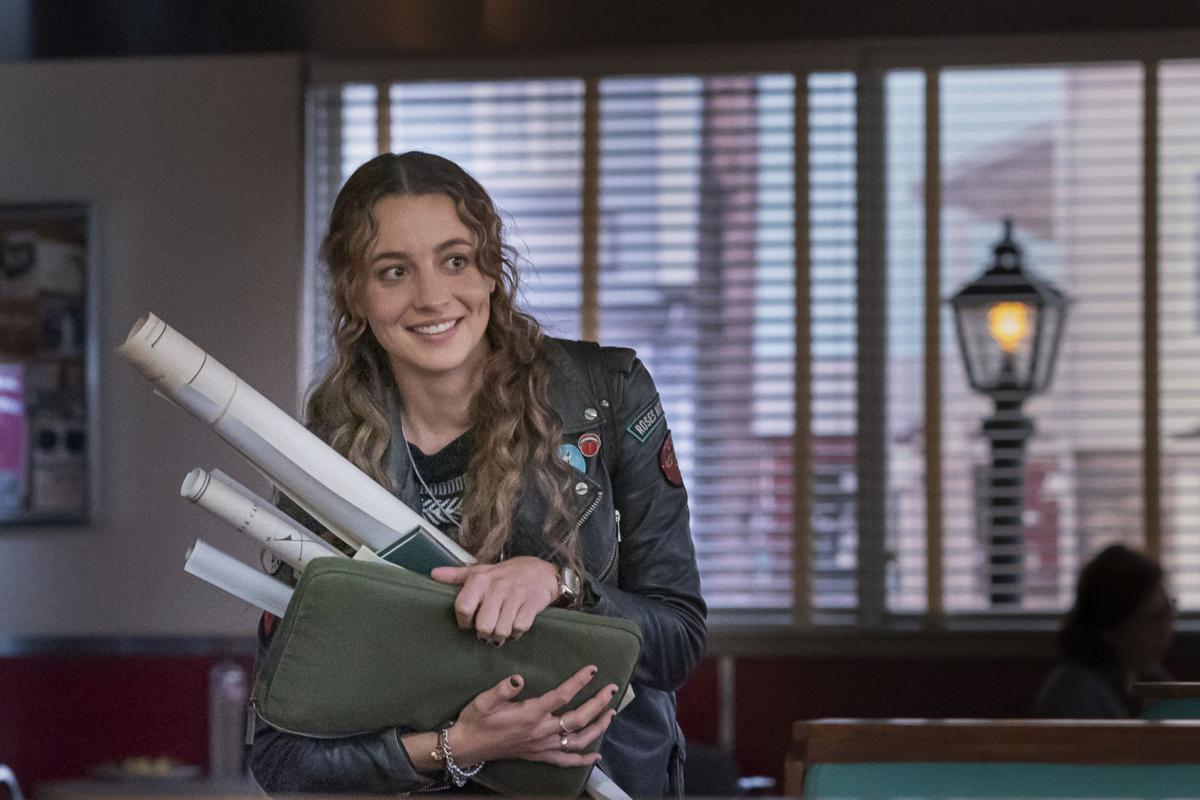 When a mining company threatens a small town, a teacher (Stella Baker) suggests the town could become its own nation in "The Republic of Sarah." 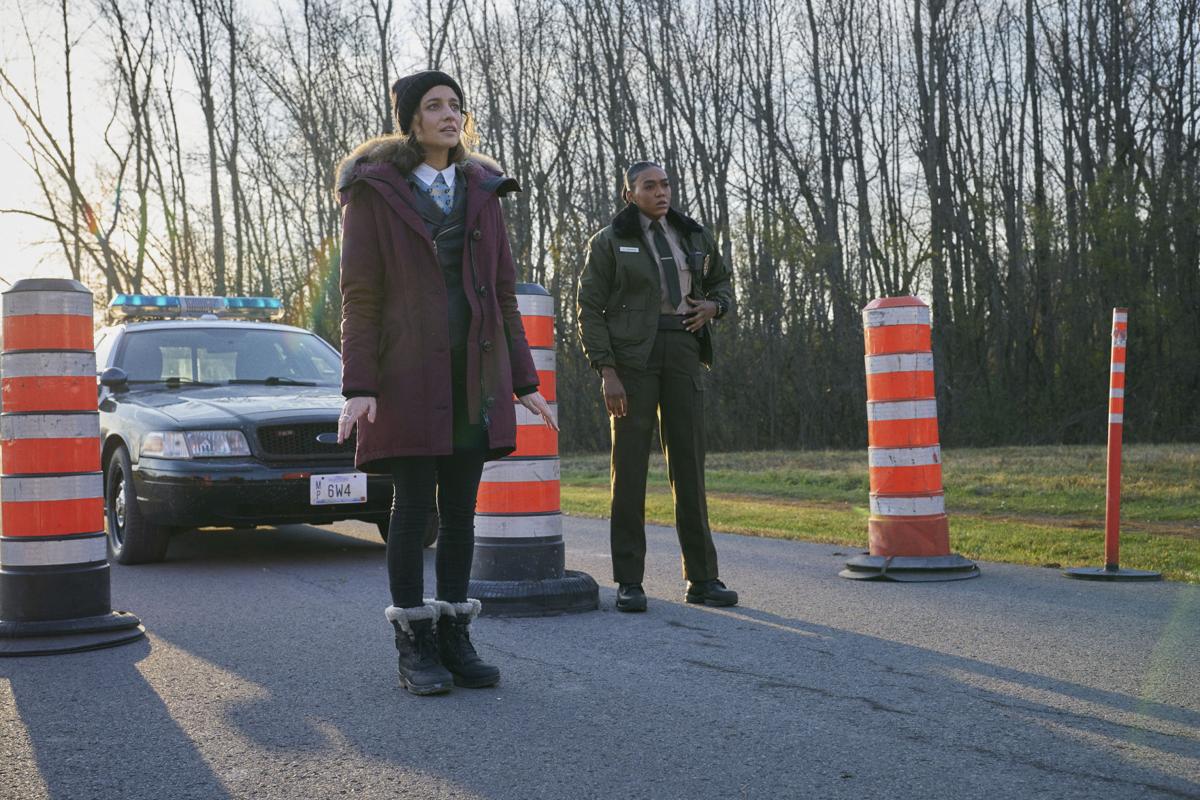 Life gets serious in a small New Hampshire town when residents square off with a mining company in "The Republic of Sarah." 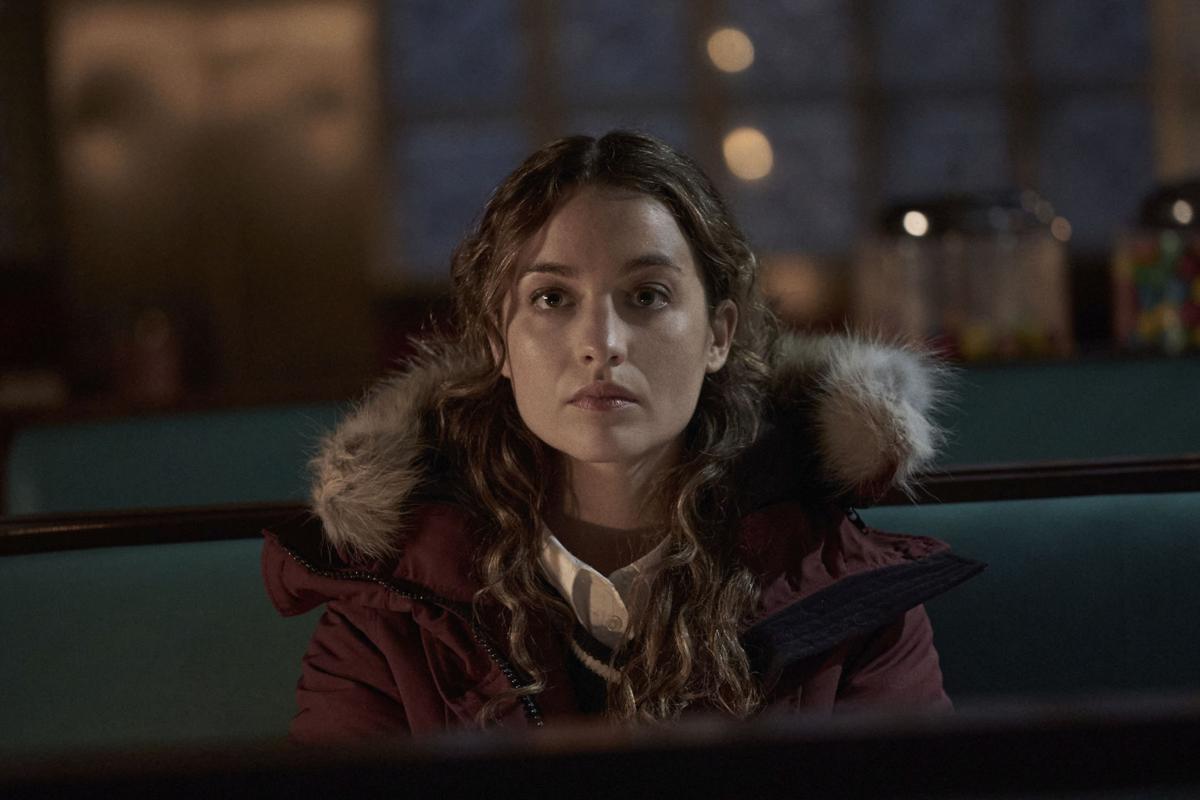 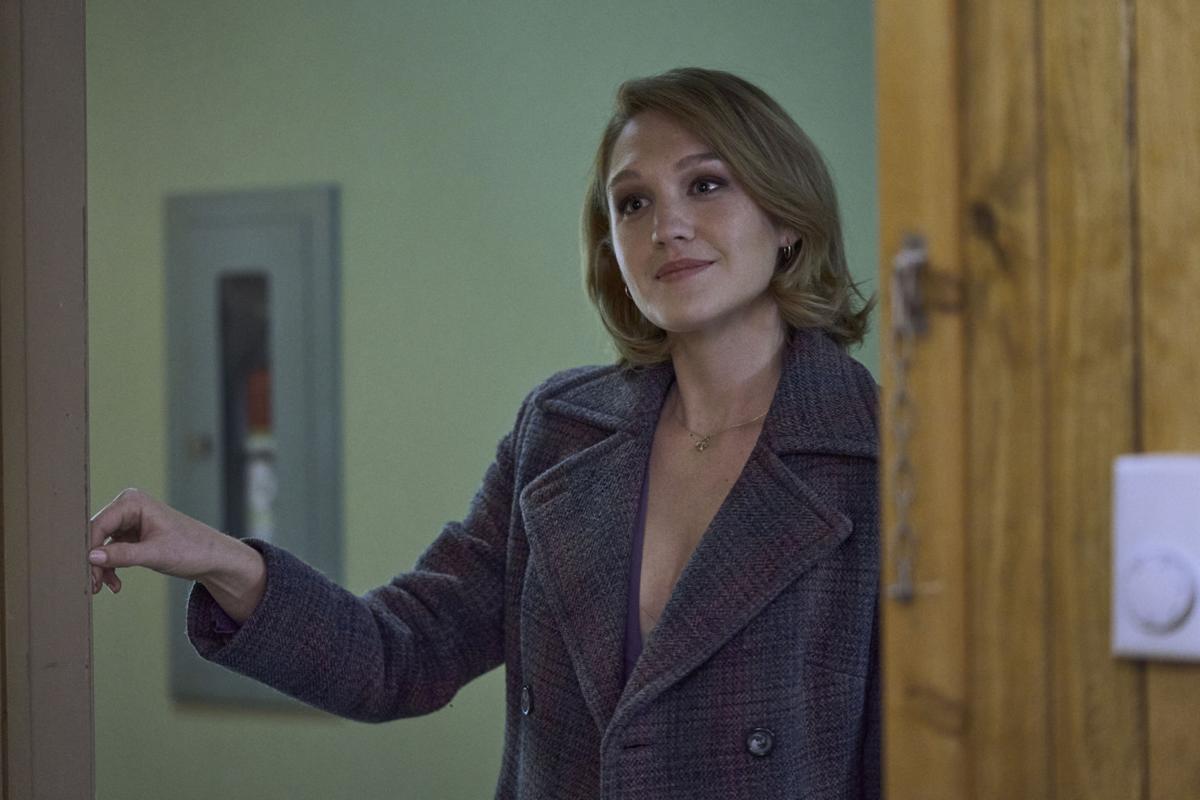 Hope Lauren stars as Corinne Dearborn in "The Republic of Sarah." 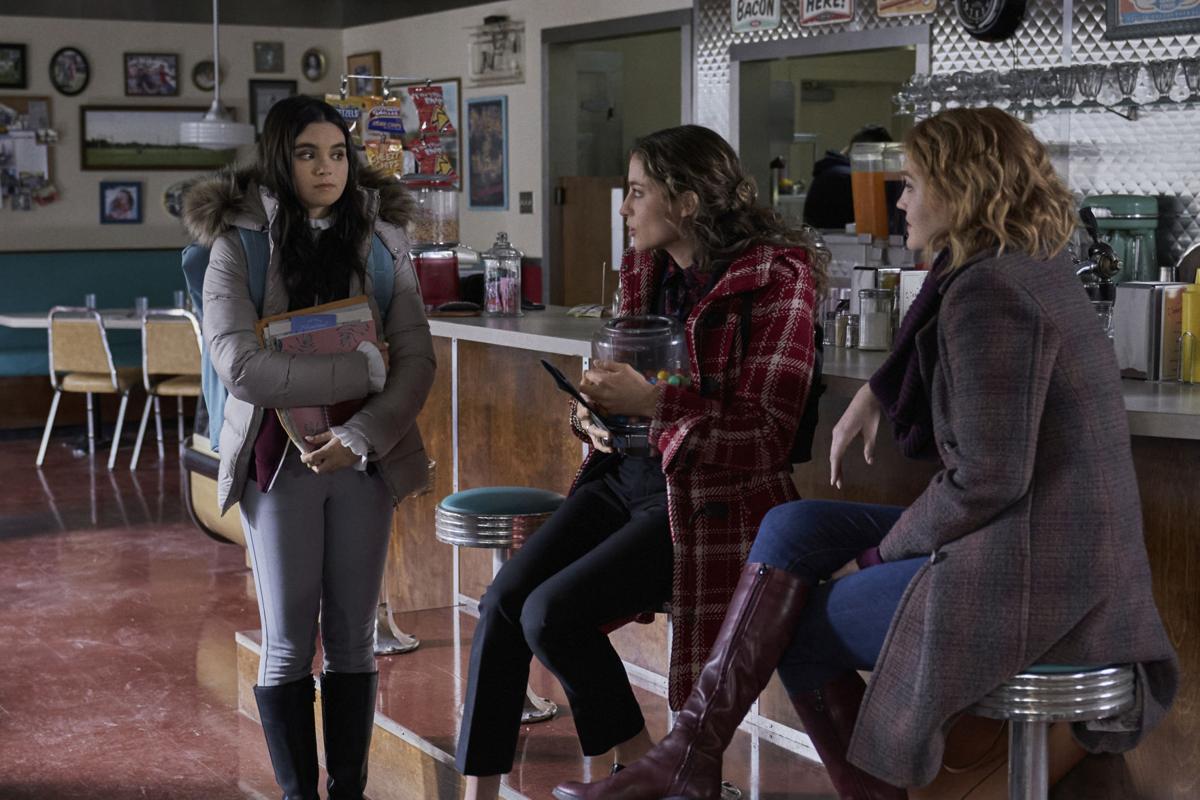 Landry Bender as Bella Whitmore, Stella Baker as Sarah Cooper, and Hope Lauren as Corinne Dearborn discuss the future of their community in "The Republic of Sarah."

What do you do with an undergraduate degree in cultural geography? If you’re writer Jeffrey Paul King, you create a series about a high school teacher who turns her own community into a nation.

Called “The Republic of Sarah,” the new CW series was developed by CBS. When that network passed, the CW expressed interest and asked for some changes. Chief among them: The age of its characters.

In the new version, those students in Sarah Cooper’s high school are active participants in creating the new government.

“We live in this era where young people are becoming the change they want to see,” King says during a Zoom conference. “You have people like Greta Thunberg and Malala and the kids from Stoneman Douglas (who) feel empowered enough to try and make a change. That’s super inspiring to me.”

Before entering the entertainment industry, King taught high school American history. “Even back then, there was this fearlessness that comes from that age,” King says. “There’s a belief in possibility that comes from being 16.”

In the series, Cooper gets the idea to start from scratch when Lydon Industries, a mining company, discovers a vein of coltan under the town of Greylock, New Hampshire. To stop the mining, she does research and discovers Greylock never was part of the United States, thus the company can’t upend it.

The size of the community (several thousand people, according to Baker) lets the writers show how personal situations can drive a message.

“Our town is small enough that we can land policy discussions inside the context of people’s lives and how it affects them,” King says.

Heart isn’t at the core of every decision. “I’m very proud of the fact that our show has a big brain,” King says. “There are some interesting debates that go on because our characters are well-read, they know what they’re talking about and they’re passionate.”

Need proof? A scene in the second episode is done in French. “I think there’s a place for that,” King says.

One of Cooper’s students – Maya – has an outsider’s perspective. She wasn’t born in Greylock and has ideas her teacher embraces. “It’s empowering for both of them,” says Izabella Alvarez, who plays Maya.

Serving as an adversary: Cooper’s brother Danny, who returns to town to push Lydon’s case. The two butt heads and have to deal with the problems their mother poses.

“Danny doesn’t want anything to do with his mom,” says Luke Mitchell, the actor who plays him. “He just wants to move on. Him being back in Greylock and his mom still being in Greylock is a massive challenge to him being a functional adult.”

Mom (played by Megan Follows) is a former state senator with a drinking problem.

“I find (her) quite fascinating,” Follows says. “She has a huge amends to make. There’s a huge amount of repair that may or may not be able to happen.”

The “white picket fence” concept, King says, is not universal. “All of my closest friends come from broken homes and situations that are traumatic.” The show, as a result, has a realism that many can recognize.

In the course of creating a new world order, “The Republic of Sarah” has to deal with old world problems.

Cooper – who’s thrust in the middle of the nation’s formation – has an idea of what a country can be. But, says Baker, “she’s a little bit impulsive. She can make quick, reckless decisions sometimes. One of the biggest challenges for Sarah is figuring out how to reach out and get help because you can’t do this task alone.”

"The Republic of Sarah" airs on the CW.

Queen Elizabeth II Zoomed with Prince George on his birthday

Even near death, Stephen King gets ideas for stories.

Another break: Bobby Bones talks 'Idol,' 'Dancing with the Stars' and that new show that tested him

Even though “Shrill” is entering its last season, star Aidy Bryant and author Lindy West say they’ve learned so much they’re certain it will a…

'Wellington Paranormal' could be a portal to stardom for show's actors

Who do you get to play paranormal inspectors?

Stella Baker stars as Sarah Cooper "The Republic of Sarah."

When a mining company threatens a small town, a teacher (Stella Baker) suggests the town could become its own nation in "The Republic of Sarah."

Life gets serious in a small New Hampshire town when residents square off with a mining company in "The Republic of Sarah."

Hope Lauren stars as Corinne Dearborn in "The Republic of Sarah."

Landry Bender as Bella Whitmore, Stella Baker as Sarah Cooper, and Hope Lauren as Corinne Dearborn discuss the future of their community in "The Republic of Sarah."