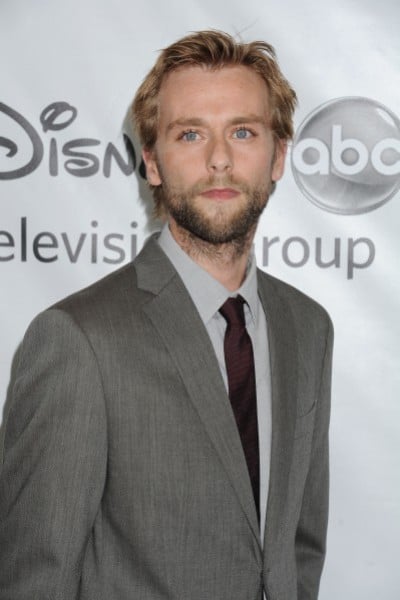 Joe Anderson stars in "The River," "The Grey" and the "Breaking Dawn" films, making this a banner year for the British actor. 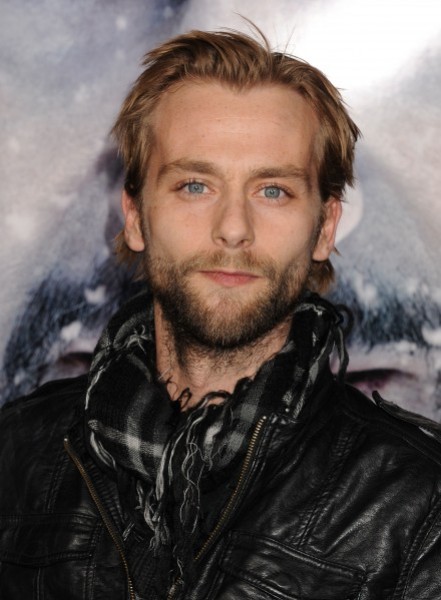 Joe Anderson  arrives at the world premiere of "The Grey" last Wednesday in Los Angeles. 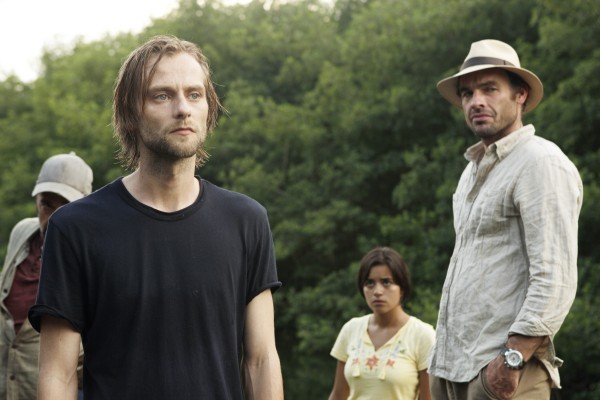 Joe Anderson, left, stars in "The River," an ABC drama about a group searching for a missing wildlife expert. Also in the series: Paulina Gaitan and Paul Blackthorne. 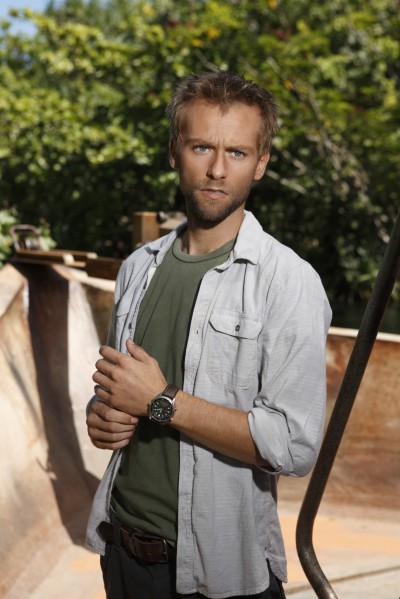 Joe Anderson plays Lincoln Cole in "The River," a new drama on ABC. 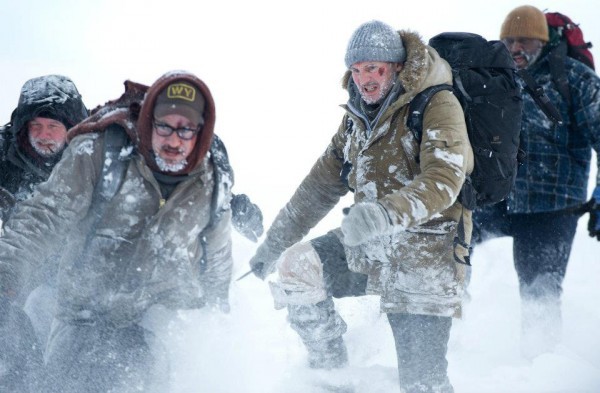 Liam Neeson as Ottway in "The Grey.''

LOS ANGELES -- One look at Joe Anderson and you know he was born to play Kurt Cobain in something -- a film, a TV series, a play.

And, yes, Anderson says, "there have been talks, but nothing official. Until it comes to fruition, I just have to wait."

A natural musician -- he starred in the Beatles-based "Across the Universe" -- Anderson worked on three projects in one year -- "The River," "The Grey" and "Breaking Dawn."

In less than a week, he went from minus 40 temperatures in Canada to scorching heat in Puerto Rico.

The former was for "The Grey," a drama about a group of airplane crash survivors fighting off wolves. The latter, a role in "The River," a new ABC drama about a wildlife expert who goes missing.

"Throw in 'Twilight' and it was a pretty interesting year," Anderson says with a smile.

While he knew his fate in "The Grey," he doesn't in "The River." "I honestly cannot say what's going to happen. It's kind of appealing to come to work and know it's going to be different week in and week out. It's not a procedural. There's opportunity for a massive amount of flipping and shaping in the character's arc. It can turn on a dime and become something else quite quickly."

For the outdoor enthusiast, "The River" affords plenty of chance for physical activity. The actors are filmed outdoors, wrestling with real problems.

And then? Then there's "Breaking Dawn," the last two parts of the "Twilight" saga. In the vampire drama, Anderson plays Alistair, a particularly complex vampire who intercedes for the Cullins.  The actor read the books, saw the early films and "tried to absorb as much as I could" but knew he'd never be as savvy about the character as some of the popular books' fans.

No sweat. "It's nice to play against the grain of the film," Anderson says. "He can do what he wants because he is who he is."

The 29-year-old British-born actor, however, didn't realize the devotion of "Twilight's" fan base.

"I hadn't even arrived at the motel and already there was fan mail. They figured out where I was going to be -- and I didn't even know. But every one of those letters was so genuine and so sweet."

The creepy stuff? That was saved for other actors. "A woman was standing outside the Sutton Place in Vancouver with a pair of scissors. She had flown from England to cut some of Robert Pattinson's hair for a doll."

"Breaking Dawn, Part II" (slated for release in the fall) came with such high financial stakes "tension was ripe," Anderson says. "There's not a lot of rehearsal. So before a scene with Kristen (Stewart) I had to gun up the character from the trailer to the stage. It's the first time you see this guy come to life. But until you get the gear on, you're not quite sure what he's going to be."

Because Alistair pops up "and is rather aloof," Anderson found he could "take a little bit of literary license with him."

"The Grey" (which arrives in theaters today) wasn't quite as touchy. Starring Liam Neeson, it's the story of men trying to survive following a plane crash. Because director Joe Carnahan wanted it to be as authentic as possible, he shot the film outside in those bone-chilling temperatures.

Anderson, however, loved it. "I'm a big survival freak. My wife and I go to the Sierra Nevada mountains for a week at a time and back pack. That's probably why I like 'The River' so much. I love being in the jungle with these toys."

The son of an actor (Miles Anderson) and a talent agent (Lesley Duff), Anderson didn't choose the profession because it was in his blood. "Dyslexia may have played a part," he explains. "I'm completely dyslexic. Speaking and doing was better than writing it down and being an academic. Little did I know the first day of drama school they give you the complete works of Shakespeare."

While living with naturally dramatic people probably had an effect, Anderson says he had to find his own way into the business. Dad is "way better at the classics and the plays than I am. So if I'm having trouble with a piece, I pick up the phone and ask him. It's just wonderful."

And with those contemporary survival stories? Joe's just fine, thank you.

“I know our community and our school, we have a story to tell,” Jeremiah Johnson says. “This is a film crew that’s not from here, and I wasn’t too sure how they were going to tell our story. I think they told our story very well.”

Finding 'Debris': It takes work to shoot series during pandemic

“The work is all that really matters,” says Jonathan Tucker, who stars alongside Riann Steele in the new NBC drama.

Joe Anderson stars in "The River," "The Grey" and the "Breaking Dawn" films, making this a banner year for the British actor.

Joe Anderson  arrives at the world premiere of "The Grey" last Wednesday in Los Angeles.

Joe Anderson, left, stars in "The River," an ABC drama about a group searching for a missing wildlife expert. Also in the series: Paulina Gaitan and Paul Blackthorne.

Joe Anderson plays Lincoln Cole in "The River," a new drama on ABC.

Liam Neeson as Ottway in "The Grey.''