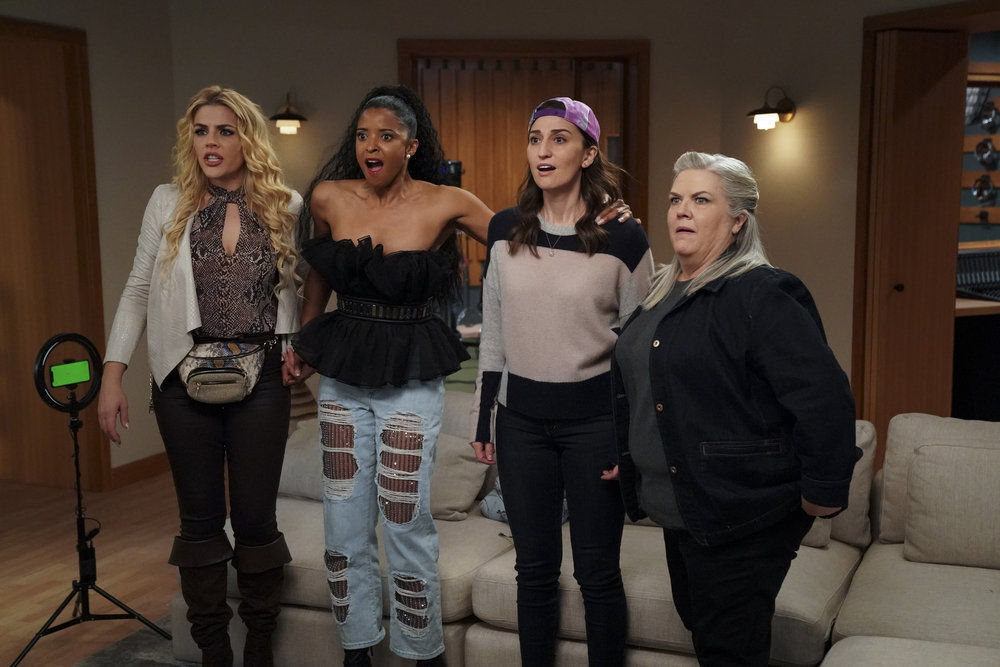 From left, Busy Philipps as Summer, Renée Elise Goldsberry as Wickie, Sara Bareilles as Dawn,  and Paula Pell as Gloria try to get the band back together in "Girls5eva." 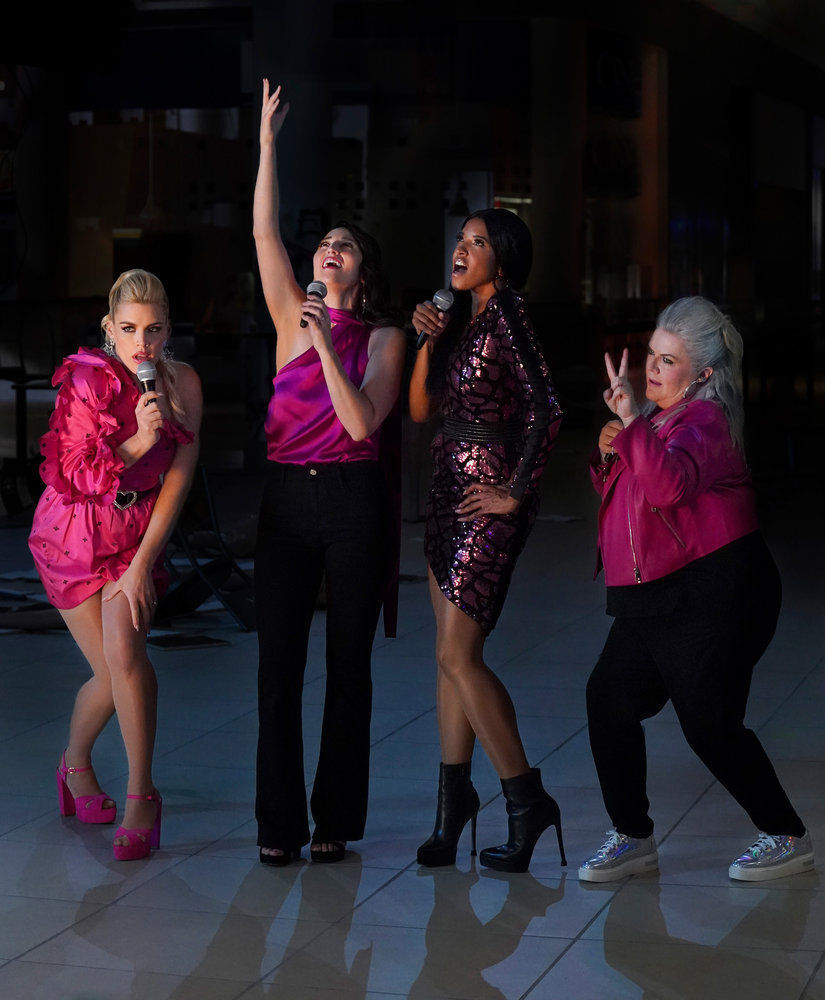 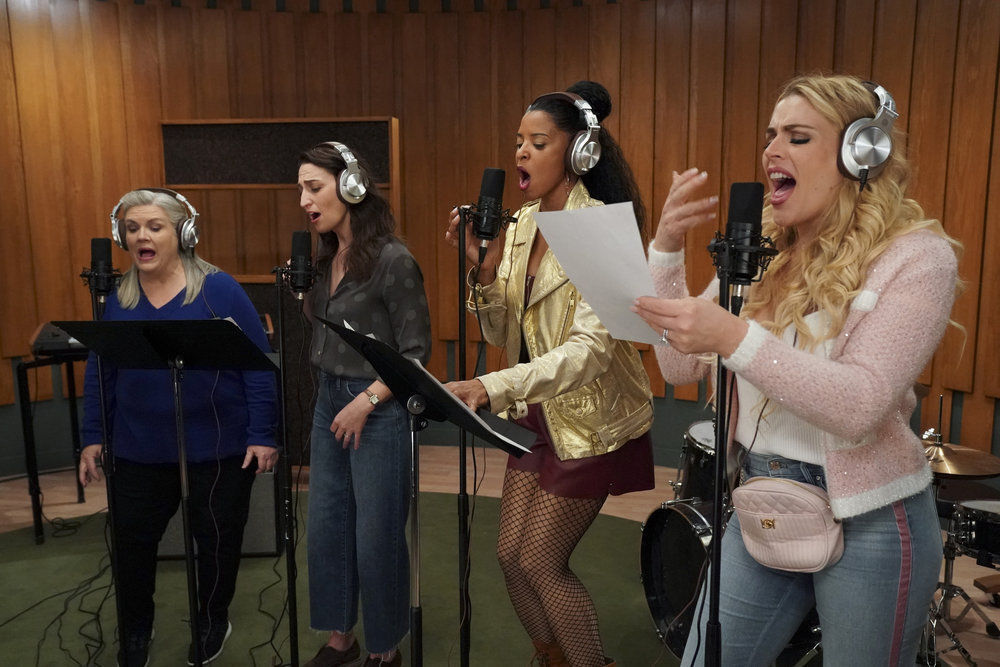 It's back in the studio for "Girls5eva": Paula Pell, Sara Bareilles, Renée Elise Goldsberry and Busy Philipps. 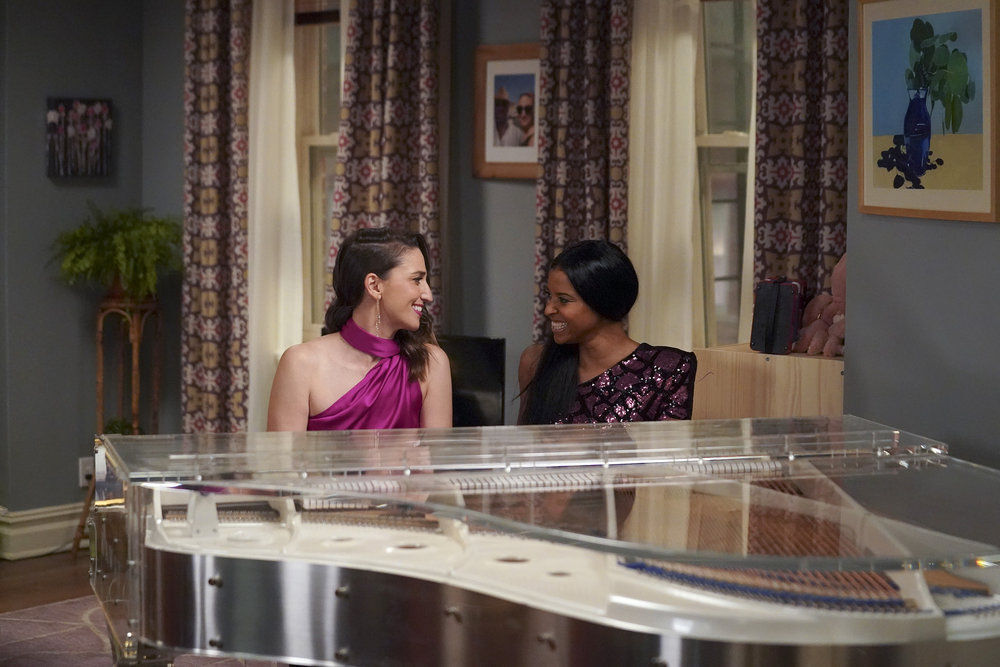 What happens after a girl group’s chart-topping days are over? Do they all go onto solo careers? Or do they disappear from the spotlight?

That’s the premise of “Girls5eva,” a new Peacock comedy.

“I wanted to write a show about women in my age group and talk about all the things that you go through as a woman in your 40s,” creator Meredith Scardino says during a Zoom conference. “I thought it was like the Venn diagram of interesting things of relatability of life in your 40s and putting it up against the crazy pop star world.”

The 1990s band gets back together when a Girls5eva song is sampled by rap artist Lil Stinker. Four of the five are asked to appear on “The Tonight Show with Jimmy Fallon” and, soon, they’re rebooting their careers. Never mind they’re no longer in their 20s or able to execute the dance moves.

To play four-fifths of Girls5eva, the producers first looked for the right actors. “And, then, worst case scenario, if they don’t really sing, we could fake it,” says Tina Fey.

Fey, however, had seen Grammy nominee Sara Bareilles in the Broadway musical, “Waitress,” and “she was just such a warm and present actress. I said, ‘Let’s try to meet with Sara.’ And then we tricked her.” The group moved on to “Hamilton” star Renee Elise Goldsberry and signed her, too. “And then we realized, ‘We’re hitting the jackpot. Let’s shoot for people who can all sing for real because it makes it so lovely and present.’”

With the four in tow, the producers then looked at creating music that sounds like old pop hits. Tony nominee Jeff Richmond added that dimension. And, then, says Goldsberry, it was a matter of adding a little comic spin. “The beauty about doing it as a character is you have an excuse to hold the note a little bit longer than you’re supposed to.”

Bareilles, who actually wrote a song for “Girls5eva,” said it’s hard to “make slightly ridiculous things sing. I didn’t realize how hard it was until I started to dig in there. Like, I don’t know what rhymes with ‘pizza.’”

Richmond pointed out it’s not as hard as she thinks. “There’s an app where you send in these clunky things and (it turns out) music.”

While it’s a given Bareilles and Goldsberry can hold their own musically, Philipps says she plays a character who can’t really harmonize. “She just floats to whatever note the person next to her is singing,” she says. “And that’s sort of true to me. I can sing them pretty and loud, but it’s probably just the note that the person next to me is singing.”

And Pell? “I would say I’m good at holding down the alto line like an anchor. I’m like a rusty anchor with a thick rope that’s a little frayed.”

The four fight, battle with their manager and discover it’s not the business they left.

“Now they’re in a different place in their lives and the question becomes, ‘How do you take ownership of your own story and how do you rewrite it?’” Philipps says.

Initially, the five were strangers and thrown together by a Lou Pearlman-type manager, Scardino says. “He was just trying to create the next Spice Girls…and then it was over as fast as it started and they all went their separate ways. When they come back now, they (realize they would) choose each other.”

One is an influencer, another’s a “Real Housewives” wannabe. One works in her family’s restaurant, another has totally abandoned the spotlight.

“It’s comedy and music and female empowerment,” she says. “Our characters are sort of going through the realization that the things they were singing as young women were maybe not so awesome.”

"Girls5eva" airs on Peacock beginning May 6.

'Saved by the Bell' rings again -- with a new generation

Bayside alumni update: Zack Morris is now the in-over-his-head governor of California. And the reimagined version of the show "is a single-camera, edgier comedy," Executive Producer Tracey Wigfield says.

“A.P. Bio” hasn’t aged like other school-based series. That means the students could be stuck in Advanced Placement Biology for years, but it's great for character development, especially secondary figures.

Life as a headliner: Jean Smart delves into the world of standup with 'Hacks'

Those fitness gurus from the 1980s: What happened to them?

Sure, you remember Jack LaLanne, moving vehicles with brute force. But who else got the heart pumping during the 1970s and 1980s?

From left, Busy Philipps as Summer, Renée Elise Goldsberry as Wickie, Sara Bareilles as Dawn,  and Paula Pell as Gloria try to get the band back together in "Girls5eva."

It's back in the studio for "Girls5eva": Paula Pell, Sara Bareilles, Renée Elise Goldsberry and Busy Philipps.