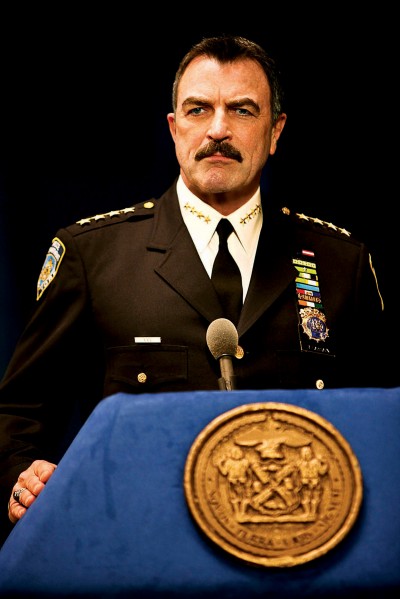 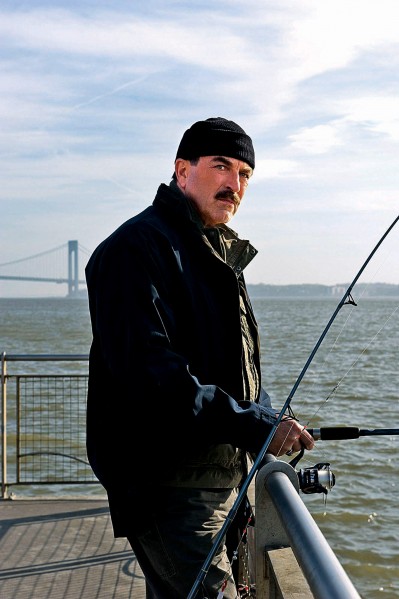 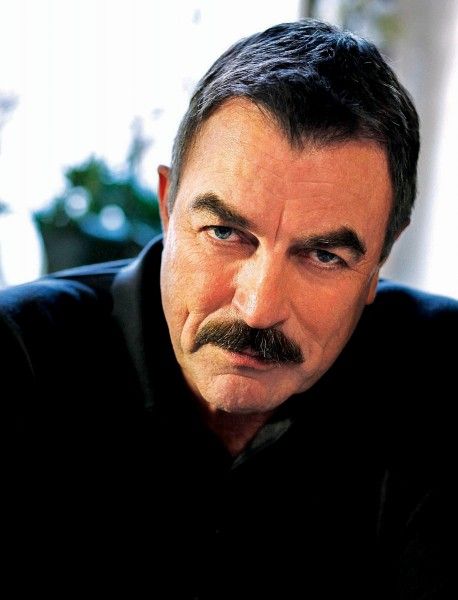 This photo is provided for use in conjunction with the TCA Summer Press Tour 2010. 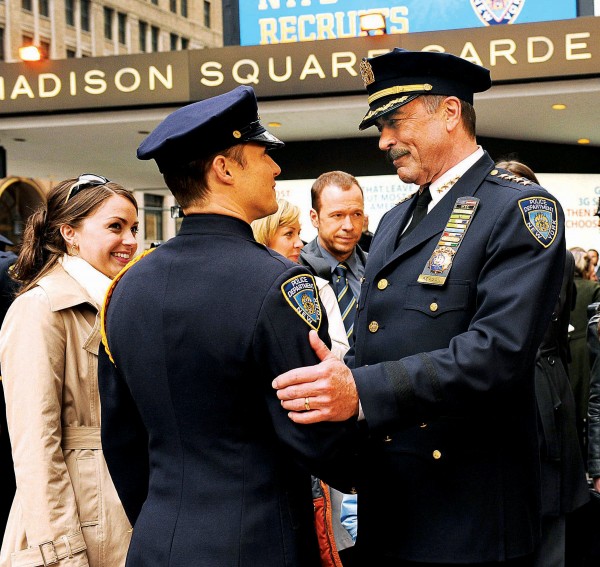 LOS ANGELES - Tom Selleck remembers those tenuous weeks before "Magnum, P.I." premiered. He was living in Hawaii, a writers strike was looming and he was in debt.

"I couldn't afford my rent," he recalls. "So I worked for my landlady for seven bucks an hour."

Even worse? He had to turn down a little thing called "Raiders of the Lost Ark" because CBS said he couldn't do both.

"It turns out I could have, but things didn't work out so badly. Besides," he says, "Harrison (Ford) gets sick of hearing this. He's indelible as Indiana Jones and I'm just proud I didn't drive my car into a wall."

"Magnum," it turns out, made Selleck a star, brought him an Emmy and landed his iconic Hawaiian shirt and Detroit Tigers baseball hat in the Smithsonian.

This fall, he's about to embark on another television journey - as the patriarch in "Blue Bloods," a CBS drama about a family of cops.

It's a different experience - he's not the show's sole star; he's also playing much older than he has in the past - and it's proving to be a challenge.

"I'm getting used to playing a parent to grown-up kids. I've played the dad to teenagers and babies, but this is a new thing to me. I see my fellow actors and I'm way older than some of them, but I don't feel older."

He also hasn't gotten his head around the character - a no-nonsense career cop who serves as New York City's Police Commissioner. One son is a free-wheeling detective; another is a newly minted cop who's picked to investigate the force - and his father.

"If you do it right," Selleck says, "You've got to root for these people. They've all got problems. They've all got flaws. They've got adult family problems and this isn't for kids. It's not ‘Little House on the Prairie,' which I did like."

It's not "Magnum," either - a point friends make when they say Selleck is going out of his comfort zone with the new drama. Here, he's not the dashing detective. He's the stoic father - one who often suffers in silence.

Because he has a successful TV movie franchise ("Jesse Stone"), Selleck didn't think he needed another job to occupy his time. Yet the script for "Blue Bloods" was too intriguing to ignore.

"The one thing you miss about a series - besides the family atmosphere - is playing a character over time who's allowed to grow and change. I have that, more or less, with Jesse Stone, but this is different."

Because he was in practically every scene, Selleck wearied of the "Magnum" grind. "It could have lasted 15 years," he says. "We had good numbers. But I don't regret leaving. I lived up to my contract and then some."

Rebooting the series - as a film franchise - was always a consideration. Writer Tom Clancy was a big fan and wanted to write the screenplay. But Universal Studios went through several owners and, says Selleck, "each wanted to reinvent it. Eventually, it just went away.

"They've got a dilemma, too. They don't want me in it but everybody sees me in it. I think we should pay homage to it, not trivialize it and make fun like so many (updated films) do. The ‘Magnum' audience is very loyal....I compare it to the one for ‘Star Trek.'"

If Selleck had his way, the "Magnum" film would pick up where it left off. Magnum went back into the Navy and was a very good officer, he says. He didn't make the next rank in time, so he has to leave and go back to Hawaii.

Producers interested in making a "Magnum" film "don't call and don't write," Selleck says. "But I could help them. I'm assuming they'd recast and he'd be a 17-year-old pubescent youth. But a good movie shouldn't be a reunion show where everybody sees how everyone's aged. It should fill you in on what has happened."

Now 65, Selleck appreciates the role television has played in his life. He's not one to recast his past or reinvent his future. Instead, he's brutally honest about himself, his work and television.

"Magnum," he says, just seemed like "13 paychecks" when he got the job. "A reporter said he detected a note of ‘cognitive dissonance' in the character and I had to admit, ‘I don't know what that means.' ‘Magnum' wasn't that kind of show, but it was taken seriously.

"Television has always been one to replicate something that's successful. I don't think there's as much innovation today...so when you see something like our show, that's just a basic drama, it's new. We're going to look a little different...from everything else."

Television, he points out, is stuffed with reality shows.

"And I hate reality shows," he says, then smiles.

Has Drew Barrymore been hanging out with director Judd Apatow? Her latest film, "Going the Distance," has a raunchier vibe than most.

This photo is provided for use in conjunction with the TCA Summer Press Tour 2010.