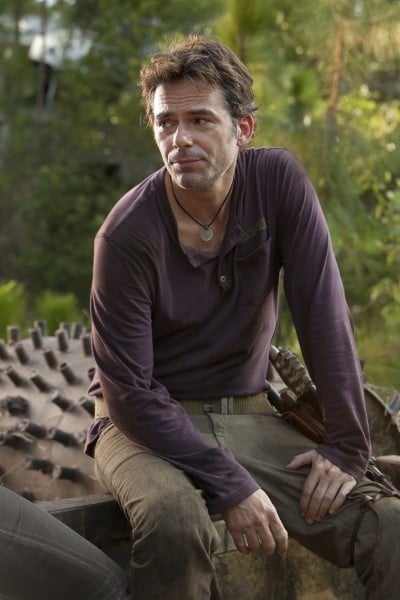 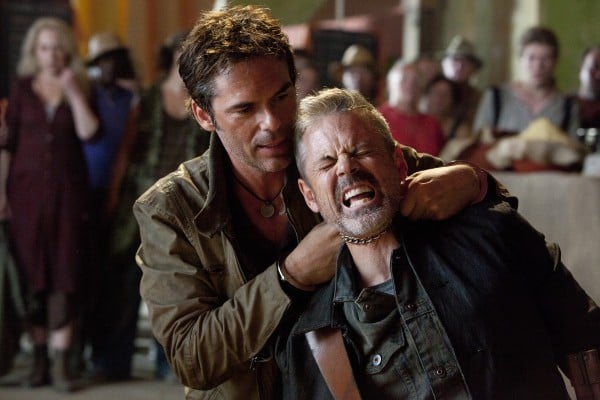 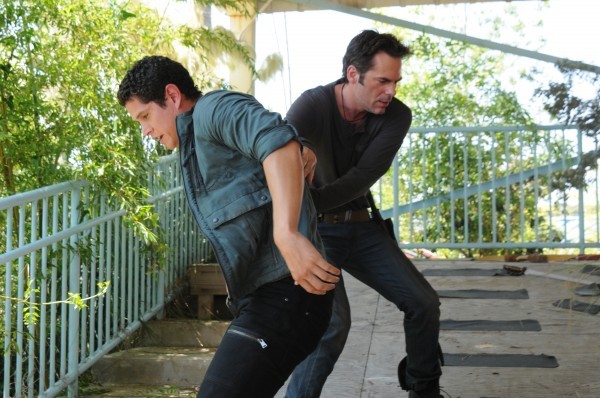 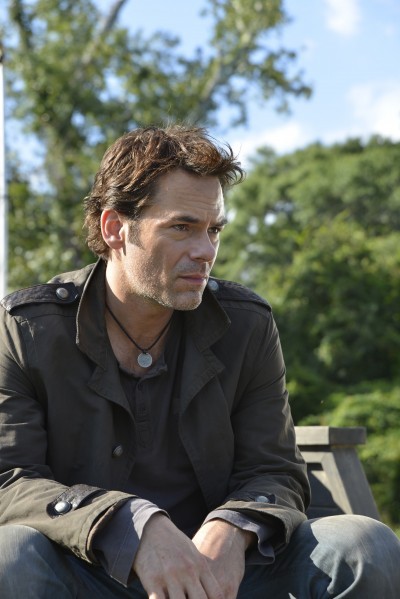 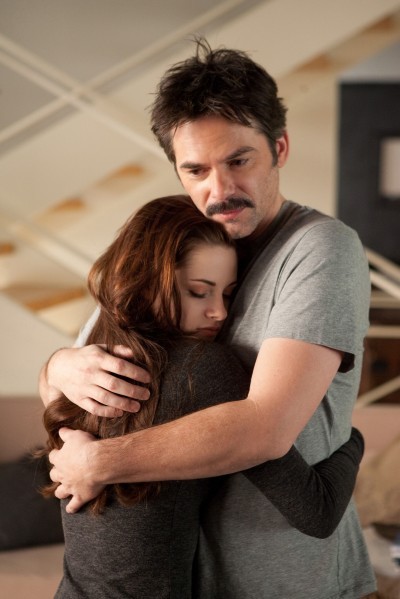 LOS ANGELES | How do you get Twi-hards off your back?

Shave your mustache, says Billy Burke, one of the stars of the "Twilight" films. Because young fans are so enamored with the series' two leads (Kristen Stewart and Robert Pattinson), they tend to ignore the film's older stars when they don't look exactly like their characters.

"Sans mustache, I'm not very recognizable as Charlie," Burke says. "So it was a good character choice."

Initially, Charlie -- Bella's father -- didn't have facial hair. But when Burke got to the set with a mustache, the director, Catherine Hardwicke, saw it, grinned and said, "OK." "It was completely unplanned."

Meanwhile, the "Twilight" phenomenon cracked and Burke was just along for the ride.

"I made no secret about never having read the books. I stayed oblivious, much like the character did. When we went to premieres and other press functions, people were nothing but lovely but they weren't interested in me. I just went along for the ride."

Now that the film series is about to end, Burke says he's neither happy nor sad. "It was what it was. It was great while we were doing it. It opened a lot of doors for me. I had a great time playing that guy but all those things have to come to an end sometime."

One of those doors led to "Revolution," a new NBC series that finds Burke as a Marine hoping to reclaim the United States after a blackout and supposed conspiracy.

Because the series features a lot of action, Burke had to up his training.

Luckily, the show's stunt coordinator is also his trainer. "This was the only thing that was going to get me into the gym and it did. After we shot the pilot, I started working out."

Now a ratings hit, "Revolution" appears headed for a healthy run. The series requires its actors to do everything a "Hunger Games" contestant might. They ride, shoot, run and fight, often in the same scene.

For Burke, who grew up in Bellingham, Wash., it's an ideal marriage of job and interest.

"This is one of those roles, when I saw it on the page, I immediately went back to my childhood and said, as I was growing up watching movies and television, that’s what I wanted to do. I have never been given the opportunity to do things like that. I mean, I’ve been hanging around a long time, doing a lot of stuff, and I’ve been very grateful for it. But presented with this, it was the biggest gift I’d been given in a very long time. So I couldn’t be happier about it."

Told in serialized form, "Revolution" has an ending -- obviously -- but it's not apparent to the actors.

Instead of giving his character a back story, Burke says he waits until he reads the revelations on the page. "I don't want to get into that dangerous territory with my choices," he says.

Like "Twilight," it's a fresh world for him -- one that constantly surprises.

And what would he do if a similar situation took place now?

"There are parts of you where you'd want to do whatever you could to survive," he says. "And then there's that part that says, 'I hope the meteor lands right on my house so we don't have to deal with that struggle.'"

When the new installment, “Star Trek: Picard,” premieres this month, it will boast something other editions haven’t had – a Pulitzer Prize-winning showrunner.

To show what cheerleading is like – and how grueling it is – filmmaker Greg Whiteley took a film crew to Corsicana, Texas. There, he captured who got on a championship team, how they maintained their positions and what their personal lives were like.

Armando Iannucci shows up with this offering, an irreverent look at space travel that could be what “The Orville” was aiming for all along. Don't miss it.