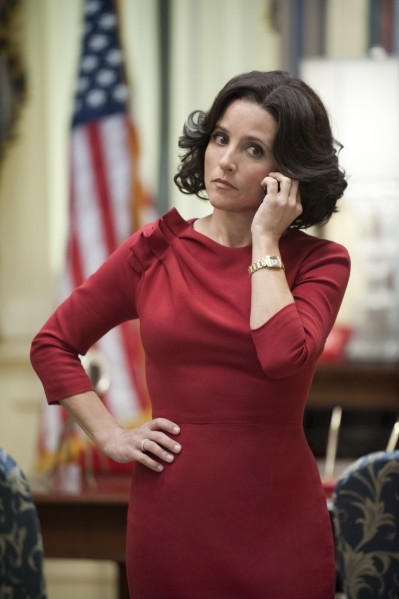 Julia Louis-Dreyfus returns for another term as the vice president on "Veep" on HBO. 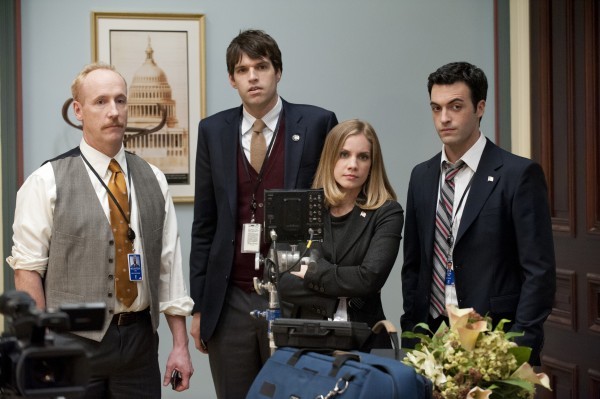 Life doesn't get easier for the vice president.

Or "Veep," for that matter.

In the Emmy-winning comedy (which returns on HBO), Julia Louis-Dreyfus has to deal with a presidential game of musical chairs, a potential Twitter crisis and a photo that makes her look, well, un-vice presidential.

This season, a senior strategist (played with all of his "Office Space" gusto by Gary Cole) thwarts many of her efforts to position herself closer to the man in charge. Midterm elections look good for the incumbents so Vice President Selina Meyer is pressed into service to spread the good news. Unfortunately, it's the slimmest of victories. Spin? Oh yeah.

And that's where Louis-Dreyfus shines. She has the right mix of exasperation and confidence, able to switch gears in a minute and  get laughs.

Meyer's team is golden, too. While Matt Walsh and Anna Chlumsky don't get enough attention in the early episodes, Reid Scott comes into his own as a political aide looking for his own ticket out. When he starts Pilates just to chat up the pols, "Veep" enjoys some of its best laughs.

The problem? Creator Armando Iannucci goes back to wells too often. Characters have become so specifically defined, there's no room for deviation.

Walsh, for example, shouldn't always have to be the shlub; When creator Armando Iannucci finds new opportunities (Selina's singing debut, for example), the show soars. When he backtracks (the bad photo), it falls.

That delicate dance -- finding Washington's dipping zone -- is a battle for any politically based show. But "Veep" at least knows the right steps.

The show's biggest successes come when new faces enter the vice president's world. They throw her off and give Louis-Dreyfus opportunity for laughs. But we've seen her assistant Gary (Tony Hale) play stylist; we've see liaison Jonah (Timothy C. Simons) slink back to the White House. We've even seen Selina deal with egg on her face.

What about new challenges? Washington is stuffed with them. And that's where "Veep" needs to head. The show hasn't scratched the surface of sequestration or the fear of fiscal cliffs. It could dig a little deeper into the folks who freak because they can't take a White House tour and look at a former secretary of state who might be a threat to Meyer's ascendancy. Just read the news out of Washington and you can come up with plots that don't rely on Louis-Dreyfus having to scramble all the time.

The show, though, is smart -- smarter than most on network television -- and it has life. It just needs new platforms to keep running. It's written so well it could even go into touchy territory and give us new appreciation for the world they're in.

Here's a collection of what's arriving on TV, streaming services and music platforms this week.

Julia Louis-Dreyfus returns for another term as the vice president on "Veep" on HBO.