SIOUX CITY -- The history of retail in Sioux City is the cyclical tale of retail everywhere -- an innovative store opens, expands, grows into a titan of commerce, gradually becomes eclipsed by up-and-comers, sees its relevance wane and falls into obscurity. Then it gets sold or closes down.

Sioux City Public Museum archives director Tom Munson said that, in its day, Younkers was a store that (figuratively speaking) ate two other, older department stores and dwarfed all competitors, all while helping the city to serve as a shopping destination.

SIOUX CITY -- After more than seven decades in Sioux City, it appears Younkers department store likely will close its doors for good this summer.

But a long-term decline in department store shopping bankrupted Bon-Ton, the current owner of the Younkers chain, which is soon to face liquidation.

This is the fate of a store that was once popular enough to have two locations downtown, about a block apart.

To understand Younkers' place in Sioux City's retail history, it's important to understand the stores it replaced.

A century ago, there were three mammoth department stores in Sioux City -- Davidson Brothers, Pelletier Co., and T.S. Martin & Co.

Davidson Brothers began in the 1880s, when Russian immigrant Ben Davidson began peddling household goods in Sioux City. His brother Dave soon joined him, and before long they got out of the peddling business and opened a store, along with youngest brother Abe.

That store, at the corner of Fourth and Pierce streets, was by 1920 the largest department store in Iowa, both in terms of size and the amount of business, employing some 800 clerks.

Pelletier's, famous today for being the epicenter of Sioux City's "great fire" of 1904, began in 1894 as the Parsons & Pelletier Dry Goods Co., operated by Fred and W. H. Parsons and Frank and Ed Pelletier.

The Parsons left the business in 1896. After the devastating fire, the Pelletier Co. moved to 417 Pierce St. in 1905. In 1943, Pelletier's was purchased by Davidson Brothers.

"Which goes to show how big Davidson's was," Munson said.

T.S. Martin & Co. was launched by Thomas Martin and his associates in 1880. Much like Sears, Roebuck & Co., Martin operated a mail-order business to serve its rural customers, in addition to the physical store.

In 1919, four years after its founder's death, Martin opened a huge, six-story store at the northeast corner of Fourth and Nebraska streets. This would later become Younker-Martin's.

During this era, Sioux City was a major retail hub. In 1929, the city was estimated to be the 27th-largest retail market in the United States, despite having a couple thousand fewer residents than today.

Younkers moved into the Sioux City market with the purchase of Davidson's department store in 1947. A decade later, Younkers bought T.S. Martin & Co. from the May Company.

But they didn't represent stiff competition for Younkers.

"These were all much smaller, in comparison," Munson said.

Despite both stores being Younkers, there was probably a degree of differentiation between the two -- which would justify having them so oddly close together.

"My family almost always went shopped at Younker-Davidson's, because they said Younker-Martin's was the expensive store," Munson said.

Both of the enormous, multi-floor stores featured cafes, and were social hubs -- somewhat like a proto-shopping mall. Like most department stores, both Younkers sold practically everything a mid-century family could dream of, except groceries.

In August 1969, Younker-Martin's closed when its building was demolished as a part of a "revitalization" effort, leaving Younker-Davidson's (the Davidson name was later removed) the sole Sioux City Younkers for the next 11 years.

In March 1980, Younkers opened its doors in the then-new Southern Hills Mall, becoming the first Sioux City Younkers that didn't start out as a different store. In May 1986, the former Younker-Davidson's closed its doors (its building was demolished later that year) after a brand-new Younkers opened at the north side of Fourth Street, between Pierce and Douglas.

That Younkers operated for 21 years, closing in February 2007 -- leaving the Southern Hills Mall Younkers the last of its kind in Sioux City.

Most of the big players of Sioux City's department store days are long gone -- with the closure of Younkers, there will only be two left, both at the Southern Hills Mall: Sears and J.C. Penney.

And it's not exactly inconceivable that these two could go the way of F.W. Woolworth, S.S. Kresge, Montgomery Ward and Younkers before them -- both retail chains have shed hundreds of stores in recent years, due to an ongoing, across-the-board sales slump at once-ubiquitous retailers.

What does Younkers' demise mean for Southern Hills Mall?

SIOUX CITY -- Younkers has served as an anchor at Southern Hills Mall since the indoor shopping center opened in 1980.

Sioux City officials, past and present, react to Younkers closure

SIOUX CITY – From sports and music to the buildings and academics throughout the years, take a look back at local secondary education at “Hist…

SIOUX CITY -- In a whiplash-inducing turn of events, Younkers has announced it's making a return.

UPDATED: Thorpe and Company Jewellers to close after 120 years

Thorpe was opened as Thorpe & Hoberg in 1900 by George Thorpe, the great-grandfather of operator Rusty Clark, and Oscar J. Hoberg. It is Sioux City's oldest retailer.

Where can Americans travel right now?

Where can Americans travel right now?

WATCH NOW: How to decorate a small container with Christmas greenery

WATCH NOW: How to decorate a small container with Christmas greenery

'God kept me here for my boys': Dad reflects on Covid-19 fight

'God kept me here for my boys': Dad reflects on Covid-19 fight 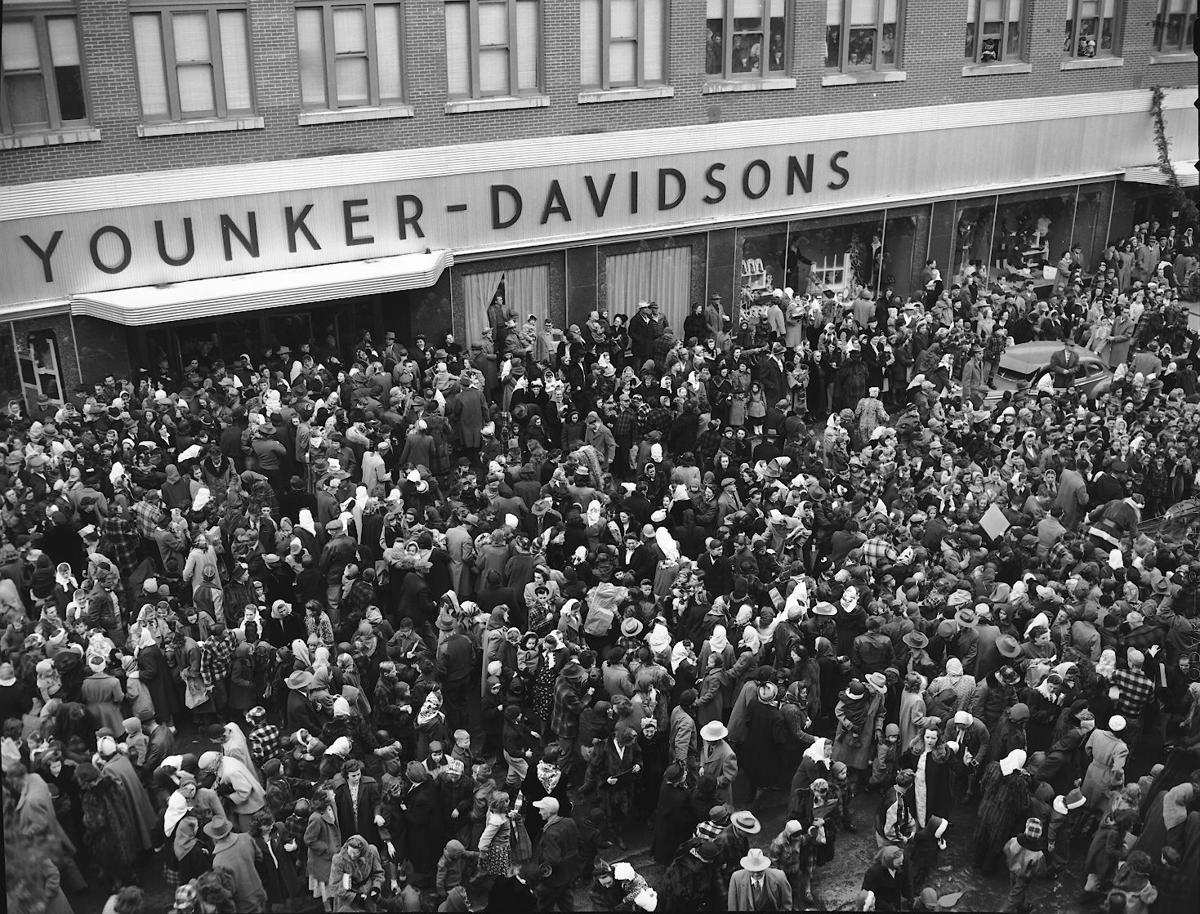 For a time in Sioux City history, Younkers was popular enough to justify having two stores about a block apart. Soon, the last of a long line of Sioux City Younkers, at the Southern Hills Mall, will close its doors. 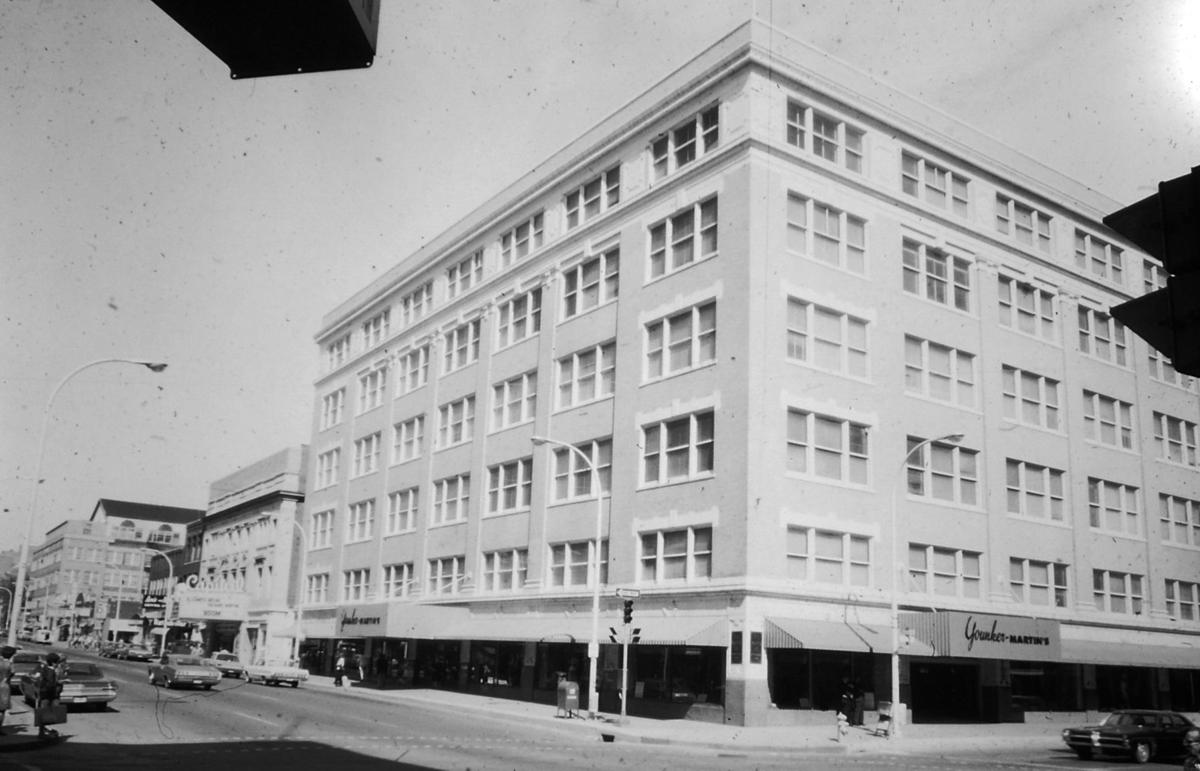 Younker-Martin's operated out of the former T.S. Martin & Co. building, a six-story behemoth first opened in 1919. 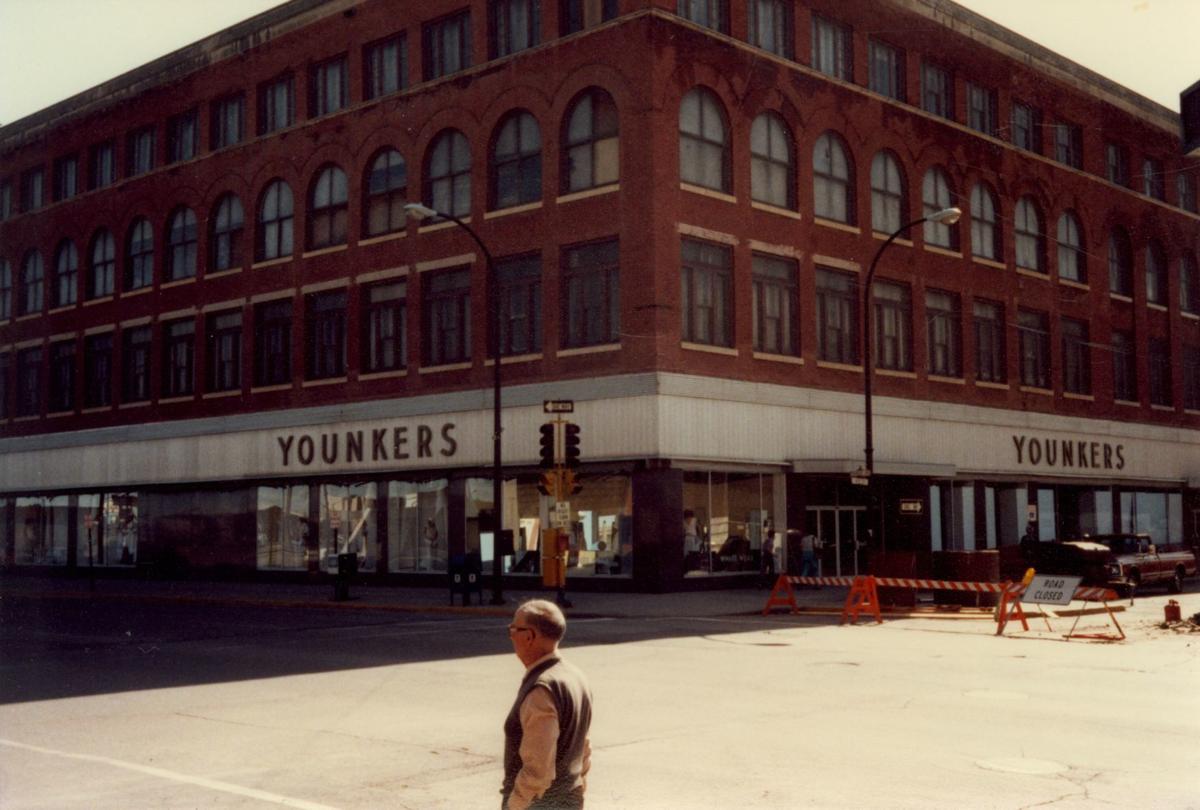 After the closure and demolition of Younker-Martin's, Younker-Davidson's (later without the Davidson name) was the sole Younkers in Sioux City for 11 years. 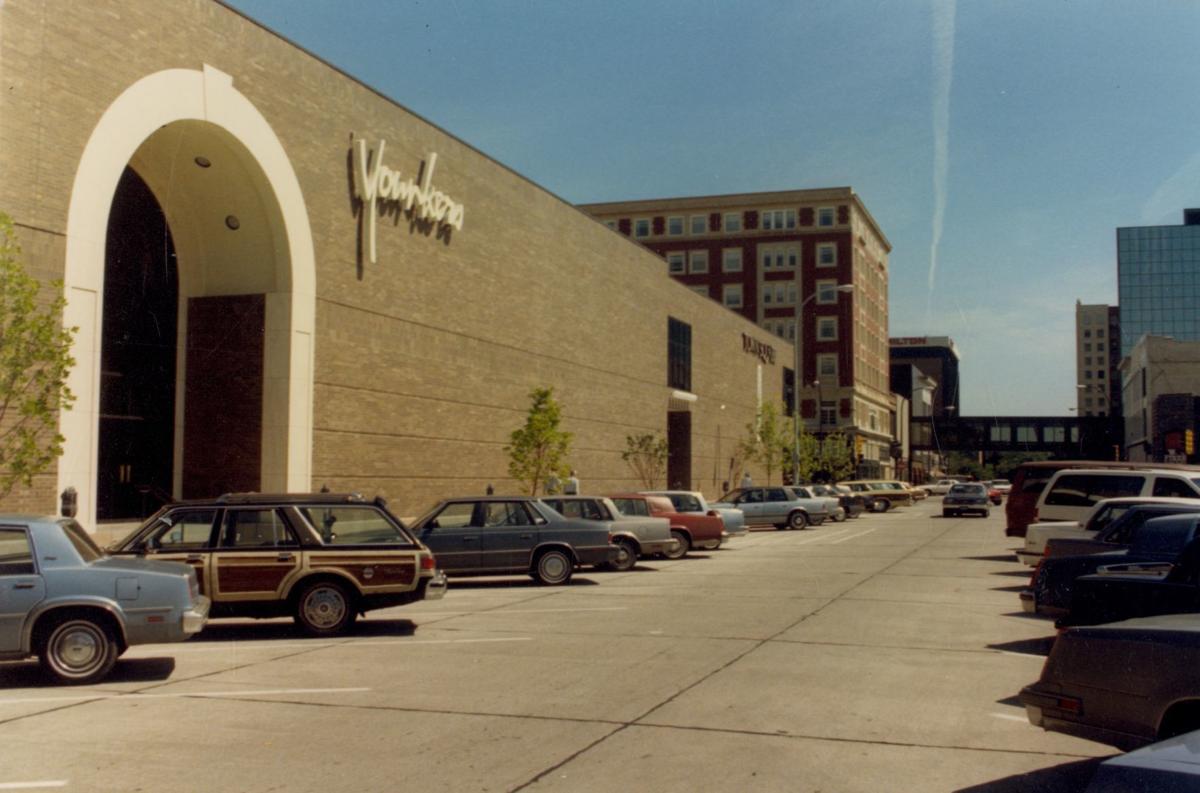 The February 2007 closure of the last downtown Younkers left the Southern Hills Mall Younkers the last store of its kind in Sioux City. 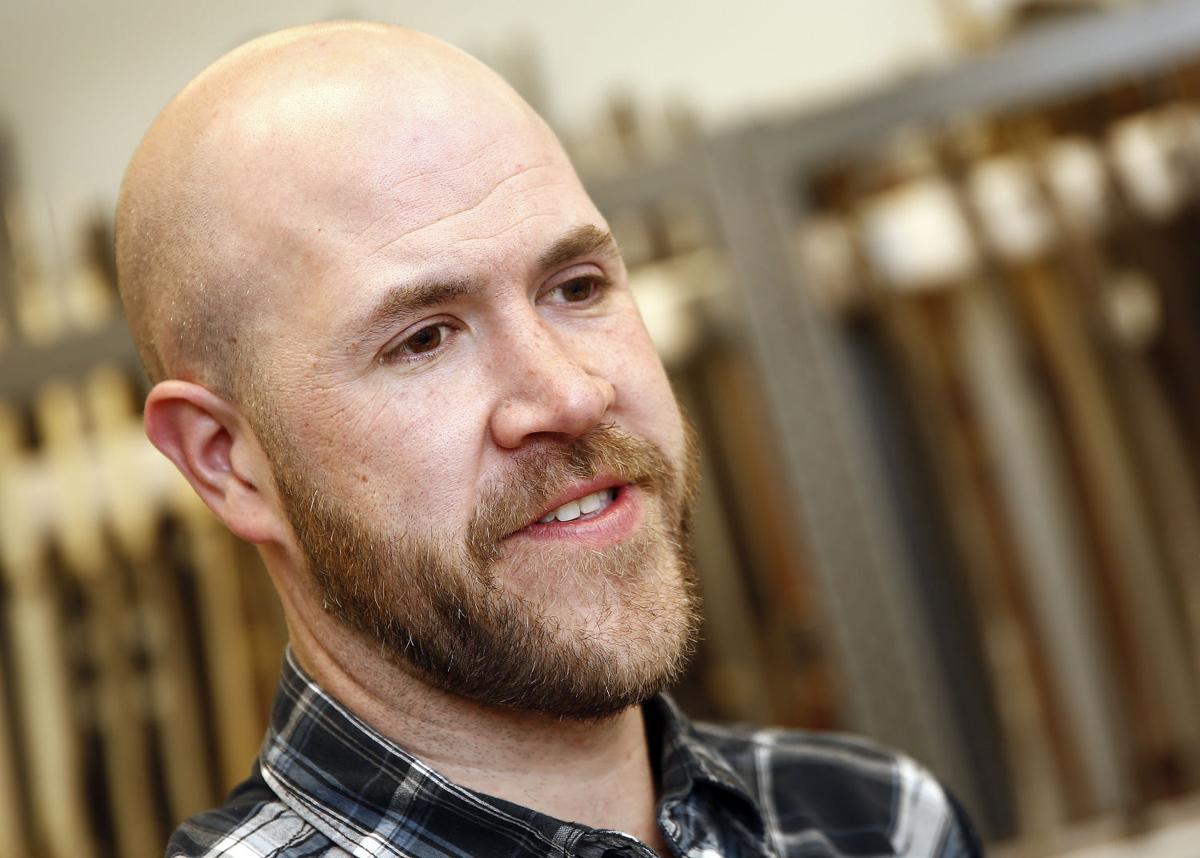