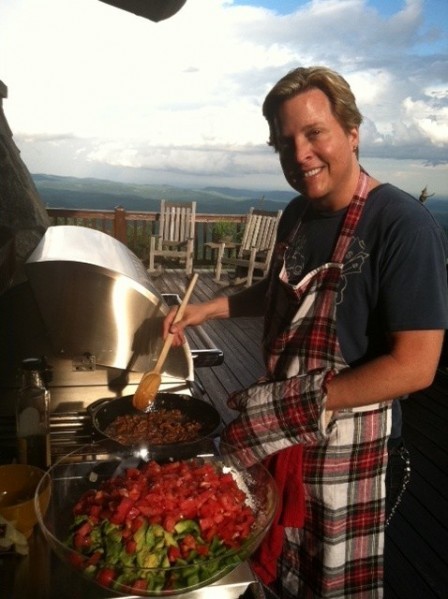 Gunnar Nelson makes music when he's not cooking, often dazzling other celebrities with his skill in the kitchen. 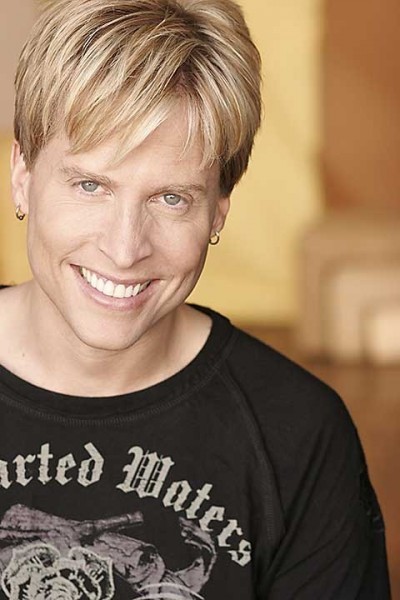 Gunnar Nelson is one-half of the music duo Nelson. He'll be appearing at WinneVegas Saturday night, displaying his culinary skills.

Out of everybody in the world, you would think that Gunnar Nelson would have grown up in a household straight out of an episode of the "Adventures of Ozzie and Harriet."

After all, the 44-year-old grandson of television icons Ozzie and Harriet Nelson and son of teen idol Rick Nelson.

You see, Harriet Nelson -- perhaps the most famous 1950s-era TV housewife ahead of "Leave It To Beaver's" June Cleaver and "The Donna Reed Show's" Donna Stone -- was, in real life, never much of a cook.

"Grandma was a career woman, first and foremost," Nelson explained. "When it came to dinner, she was awesome at making reservations."

According to Nelson, he learned how to cook from his mom's side of the family.

Mom, in Nelson's case, is actress/artist Kristin Harmon, the daughter of football legend and broadcaster Tom Harmon and former actress Elyse Knox as well as a sister to "NCIS" star Mark Harmon.

But, mostly, Nelson received a culinary crash course from his great-grandmother Elizabeth Kornbrath, whom he described as being "an amazing, freakin' cook."

Nelson will be showing off his kitchen skills at a live cooking show at 7:30 p.m. Saturday at WinnaVegas Casino Resort.

Growing up in a show business family didn't mean much to a young Nelson, who preferred to spend time with his great-grandmother, a former pastry chef in her native Austria.

"She'd chase everybody else out of the kitchen with a broom," he remembered, "but she'd let me stay."

Perhaps, she saw a kindred spirit in her then 4-year-old great-grandson or, maybe, she saw a budding gourmet-in-the-making.

Over the next few decades, Nelson concentrated on a musical career which yielded such 1990s hits as "After the Rain" and "(I Can't Live Without Your) Love and Affection."

"For a long time, I was entirely focused on the goal (of becoming a musician) that I didn't take time to reflect upon the journey," he admitted.

The journey, Nelson said in retrospect, revolved around the things that made him happy, like friendships, family and food.

It was after meeting with celebrity chef Paul Prudhomme (New Orleans' K-Paul Louisiana Kitchen) that Nelson decided to head back into the kitchen.

"Chef Paul inscribed my copy of his cookbook with the saying 'good eating, good loving and good living,'" Nelson said. "That has become my personal motto."

Since then, Nelson has developed a style of cooking which concentrates on fresh ingredients.

"It's OK to be a food snob," he said. "It may be more expensive to use freshly caught Alaskan salmon or organic, grass-fed beef but you will absolutely taste the difference."

Plus Nelson's been picking up hints from such favorite chefs as "Hell's Kitchen"'s Gordon Ramsay ("he's classically trained, complicated and knowledgeable") and "Naked Chef"'s Jamie Oliver ("he's not classically trained but he's fearless and accessible").

Confident in his cooking abilities, Nelson is now taking his culinary POV on the road.

"Cable networks like the Food Network have really opened people's eyes to the concept of cooking as a vehicle for entertainment," he said of the live cooking presentation, which will present his recipes for a "rockin'" sweet and sour salmon as well as steaks, done with both a smoky peanut sauce and a spicy chimichurri.

Although he still performs and writes music, Nelson said he thinks his grandfather would approve of this tasty detour in a show business career.

"Ozzie always said doing what you love to do is like having a license to steal money," Nelson recalled. "That's exactly what I'm doing today."

Reflecting upon his family's life in the public spotlight, Nelson can't help but smile.

"Ozzie was always quick to point out that the Nelsons weren't in the entertaining field," he said. "Instead, we were in the business of making connections with audiences."

As he prepares for his live cooking show, Nelson asked, "What better to connect with your audience is there than cooking a meal for them?"

"Don't be afraid to be adventurous in the kitchen," said singer Gunnar Nelson. "Making great food is easier than you think and your dinner guests will think you are a total hero."

Preheat oven to 425 degrees; fill bottom of casserole dish to one-fourth depth with apricot butter/preserves, place salmon fillets in the casserole dish so the preserves rise up to half way up the fillet's thickness, and lightly baste the fillets with remainder of apricot butter/preserves; In a small bowl, mix the maple syrup and pecans to coat them lightly, then spread the coated pecans evenly over the top of the fillets and finish with a garnish of sliced onion rings; reduce the heat of your oven to 350 degrees and bake the dish for 30 minutes, no more.

Maude's, which is located in the space formerly occupied by Chuck E. Cheese, offers choose-your-own-toppings pizza and premium milkshakes for a bit of a "Back to the Future" feel. (The space was once home to Happy Joe's pizza.)

Maude's, which is located in the space formerly occupied by Chuck E. Cheese, offers choose-your-own-toppings pizza and premium milkshakes for a bit of a "Back to the Future" feel. (The space was once home to Happy Joe's pizza.)

Citrus-spiked salmon, packed with nutrients and flavor in under 30 minutes

The grapefruit-avocado salsa marries beautifully with the richness of salmon and takes full advantage of the season’s sweet-tart citrus.

All flavor, no guilt. These juicy chicken burgers will awaken your taste buds

Replacing the not-good-for-you mayo with probiotic-rich yogurt makes the recipes for these burgers tasty and healthy.

Lighten up the Alfredo, but keep it rich and creamy

Goat cheese and prosciutto create a light but lovable pasta.

Pumpkin all the rage in fall food, but is it good for you?

Pumpkin is affordable, versatile and healthy. Here’s what you’ll reap when relishing fall’s superfood, plus a recipe for four-bean and pumpkin chili.

If you’re looking for a comforting dish perfect for weeknight dinners or as a side dish for a hearty holiday meal, look no further than a broccoli casserole.

Pumpkin flavored desserts are great, but putting miniature pumpkins onto your dessert might be even better. The fun project is great activity for kids that are missing out on traditional trick-or-treating this year.

Garlic butter steak bites are everything you love about a steakhouse steak, with none of the work.

This hearty turkey chili is the perfect addition to your seasonal soup lineup.

Watch Now: Who invented the cheeseburger?

Watch Now: Who invented the cheeseburger?

Gunnar Nelson makes music when he's not cooking, often dazzling other celebrities with his skill in the kitchen.

Gunnar Nelson is one-half of the music duo Nelson. He'll be appearing at WinneVegas Saturday night, displaying his culinary skills.