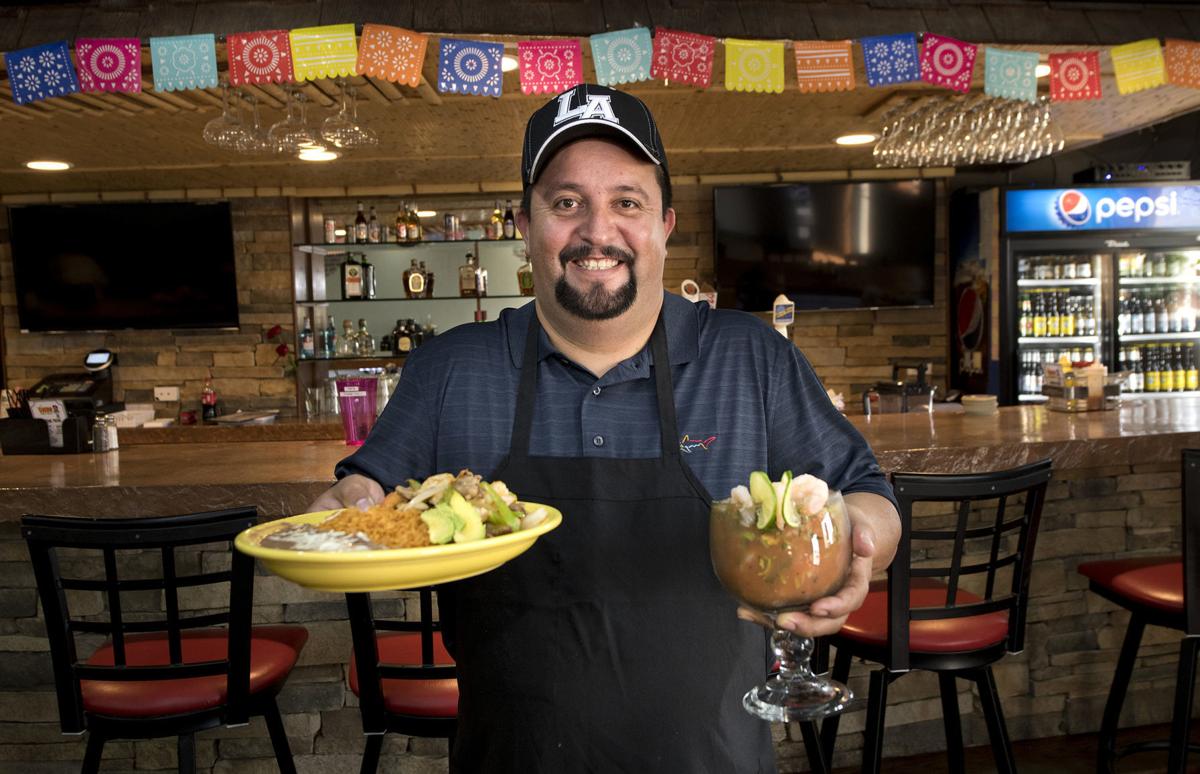 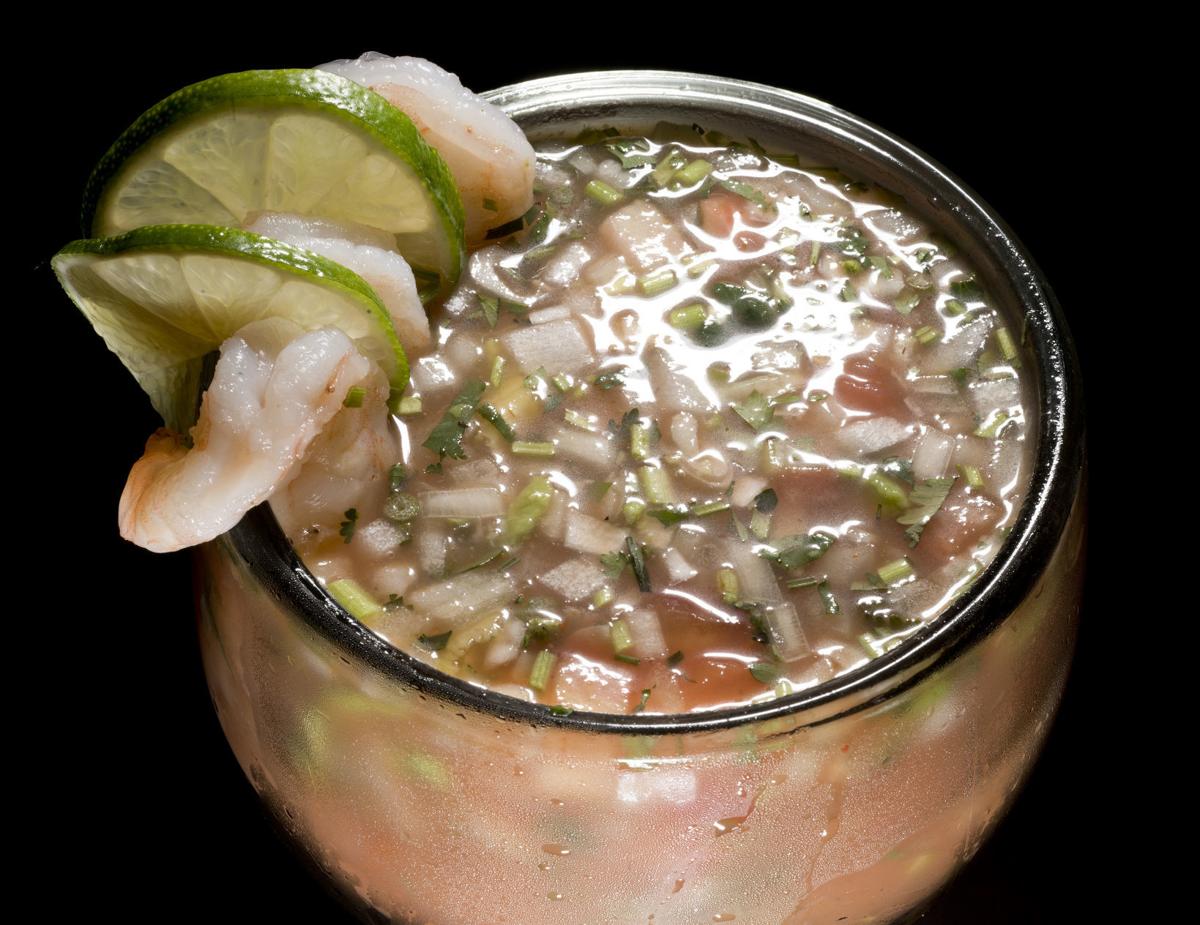 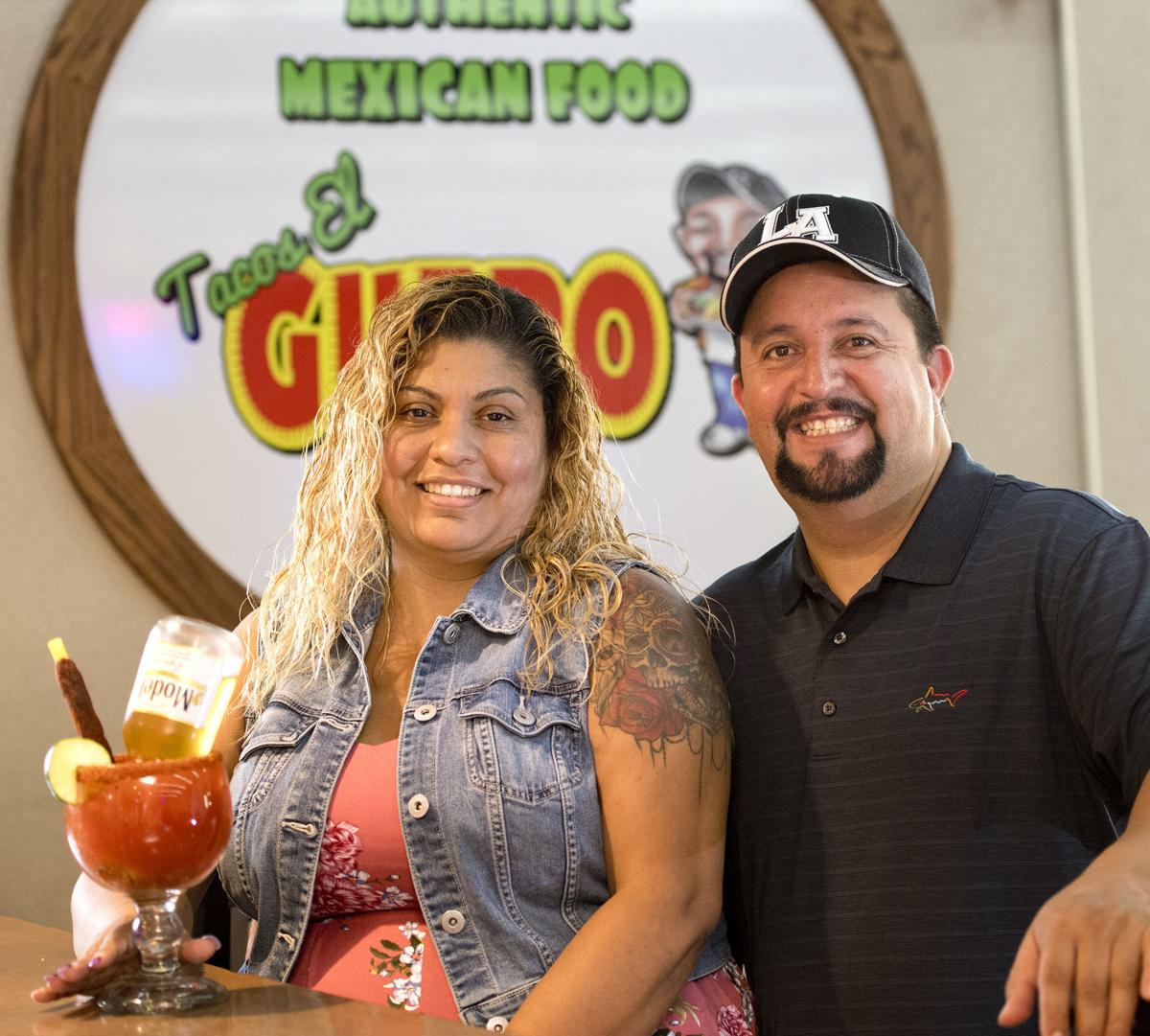 Candy and Eduardo "Guero" Sanchez are shown at Tacos el Guero's new location in Hinton. Candy Sanchez handles the business side of the restaurant while her husband makes authentic, made-to-order meals in the taqueria's kitchen. 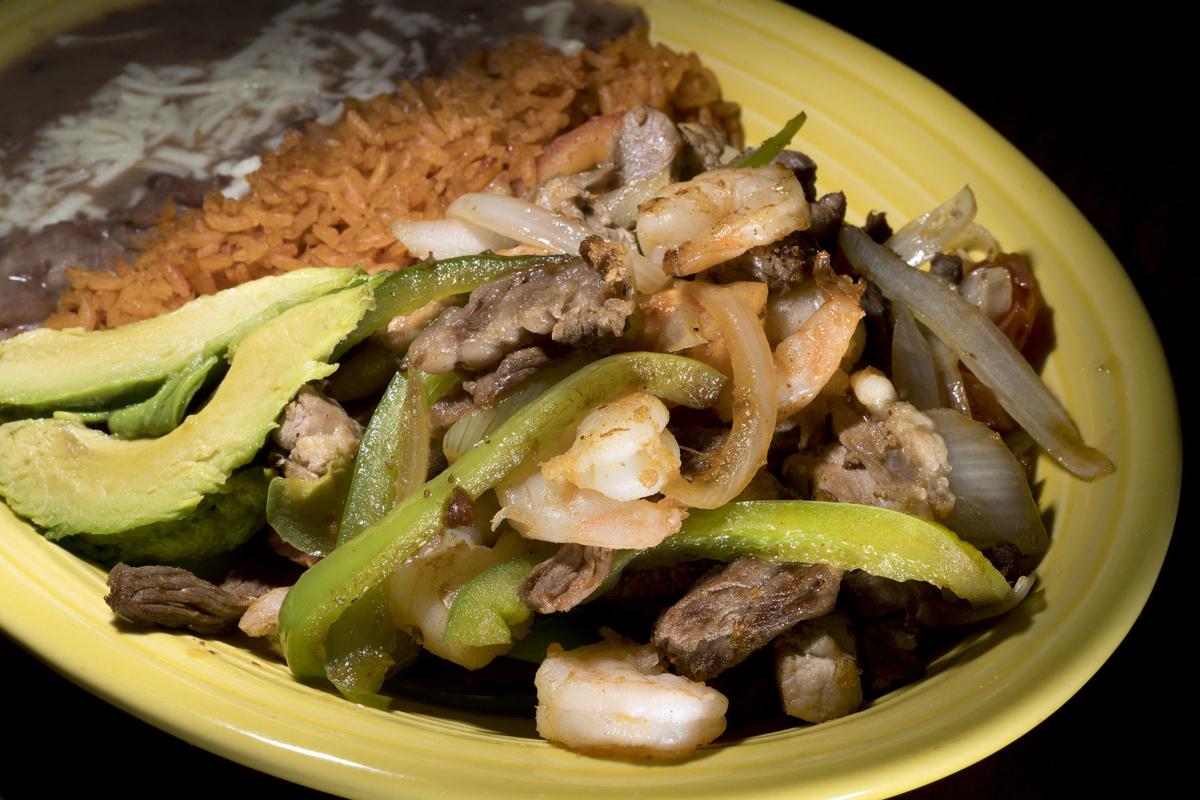 The downtown Sioux City taqueria at 525 Pearl St. has recently expanded to include a 210 East Main St. eatery in the Plymouth County town of Hinton.

Wait, you say that Tacos El Guero will also be setting up shop at 1301 River Drive in North Sioux City in August? Plus, there are ongoing plans for opening a fourth locale on Sioux City's west side in the near future?

Phew! OK, a person's ability to find a Tacos El Guero Restaurant may soon be four times as easy. 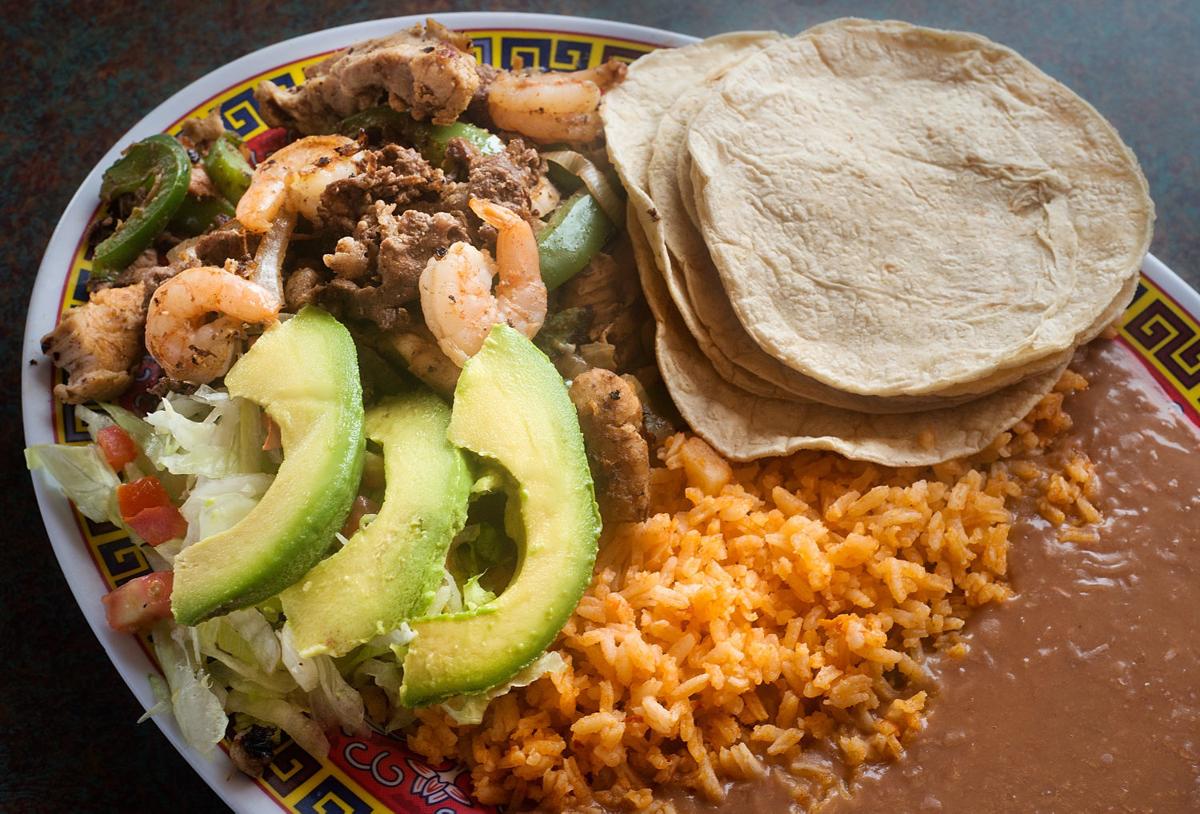 La Juanita, 1316 Pierce St., is easily one of the most recognized and well-respected restaurants in Sioux City. La Juanita secures a score of 4.7 from 339 reviews on Facebook. Fans rave about the restaurant's "life changing" burritos, and the "best tacos ever ... anywhere!" 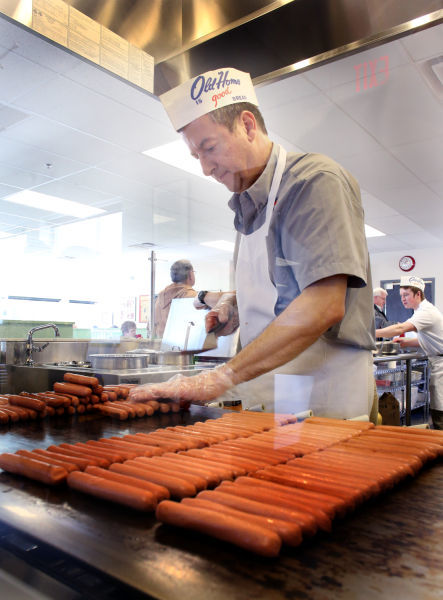 A change in location hasn't stopped customer appreciation of this hot dog joint. Milwaukee Wiener House, 301 Douglas St., scores a 4.7 out of 621 total reviews. Siouxlanders enjoy the delicious hot dogs and the availability of cold beer, and say it's worth the wait. 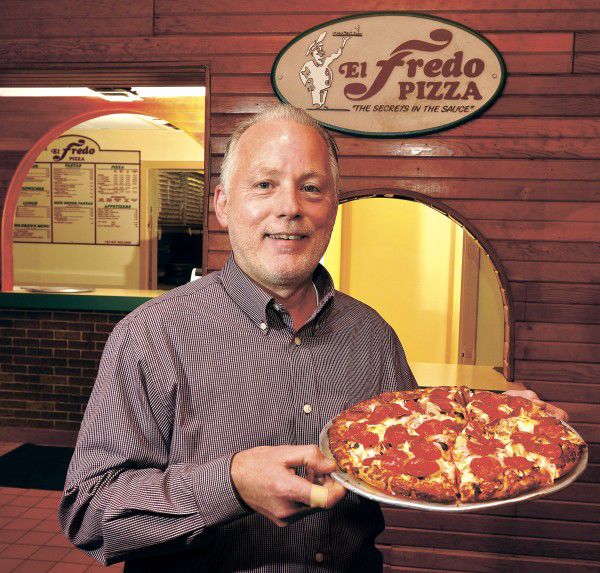 With 792 total reviews from various users, El Fredo Pizza, 523 W. 19th St., has kept a strong score of 4.7 out of 5. Customers laud the restaurant's atmosphere, its breadsticks and original sauce recipe. 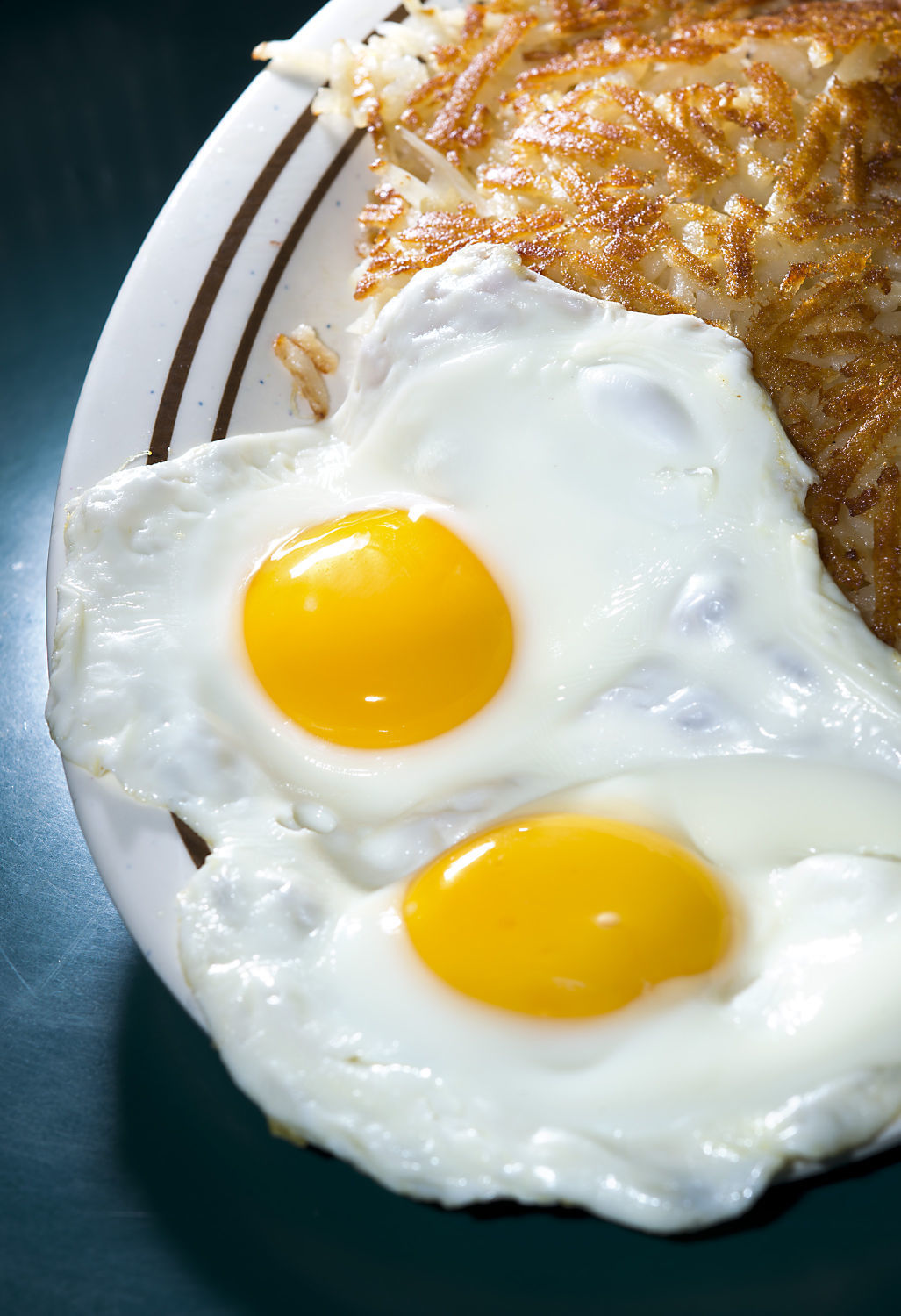 Johnnie Mars Family Restaurant, 2401 Fifth St., is the master of comfort food in Sioux City. The place has secured a 4.7 score among the 348 reviewers on Facebook. Visitors love the omelettes, biscuits and gravy and friendly service. Some even consider it the best place for breakfast in Sioux City. 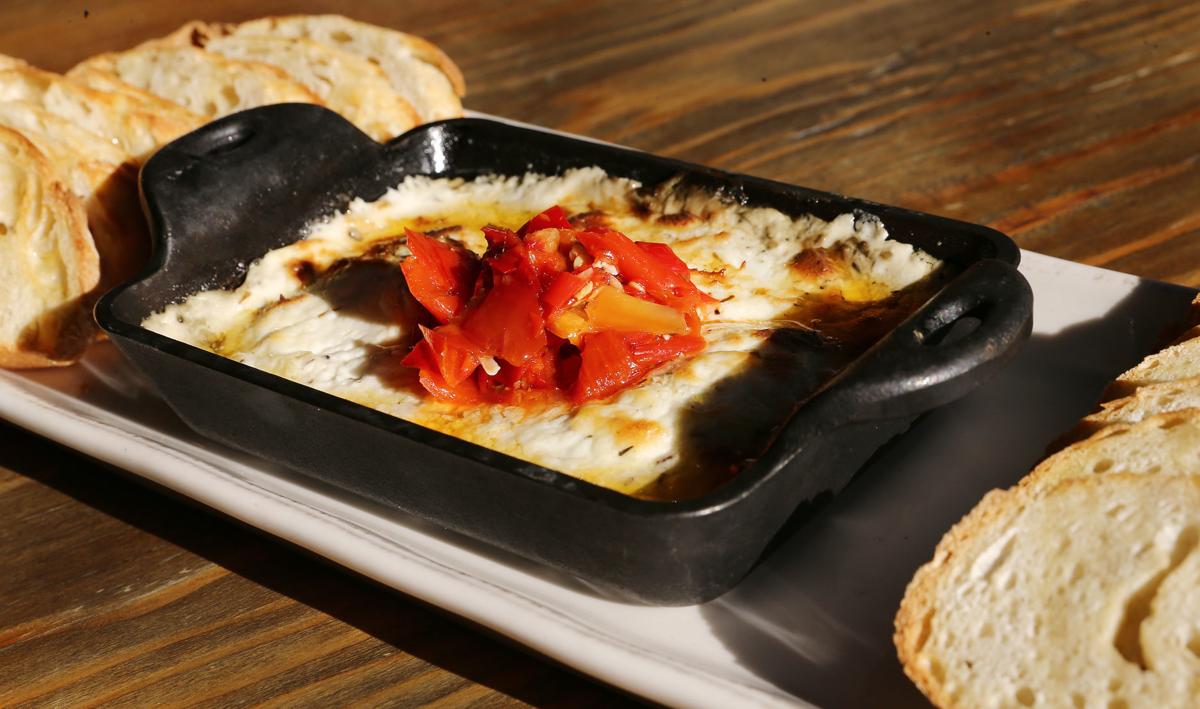 The Diving Elk, 1101 Fourth St., scores a 4.7 from 206 reviews on Facebook. Fans report that the restaurant "has to be one of my favorite spots in Sioux City! The food is made from scratch and nothing on the menu will disappoint." 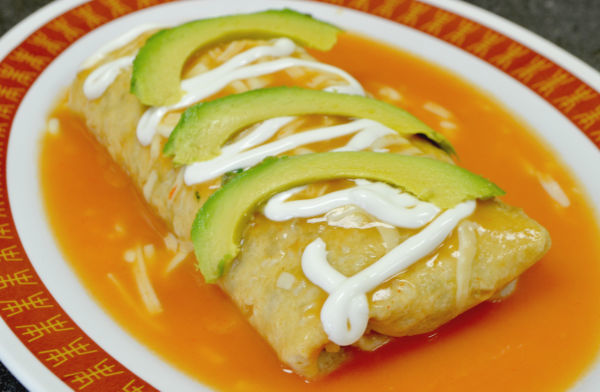 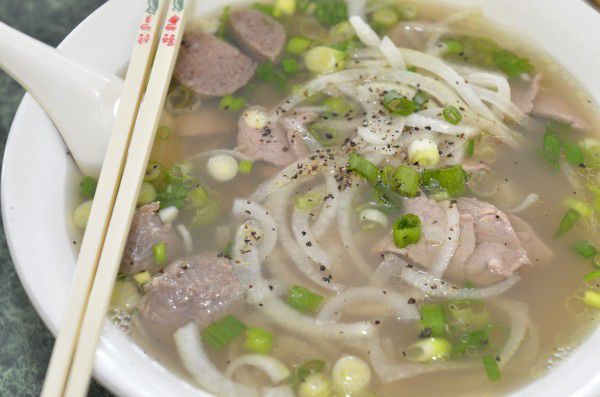 This Vietnamese restaurant has been reviewed by 214 people and earned 4.2 stars. Frequent visitors enjoy Da Kao's menu of affordable Vietnamese and Chinese food options. They also like the fresh spring rolls having the choice of delivery. Visit them at 800 W. 7th St. 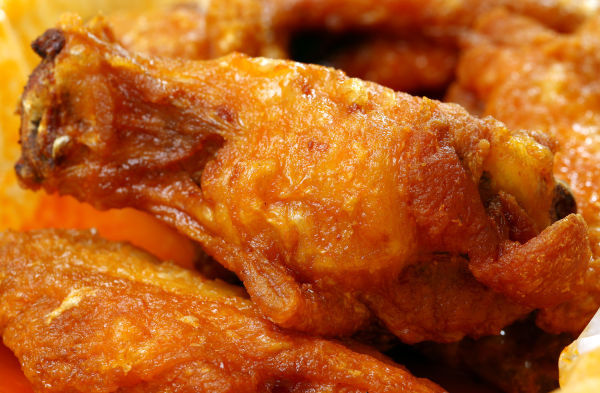 Bob Roe's Point After, 2320 Transit Ave., has been reviewed by 668 people on Facebook and has maintained a score of 4.4 stars. People love visiting the Transit Avenue restaurant for pizza and wings. And it's a great spot to watch a football game or two. 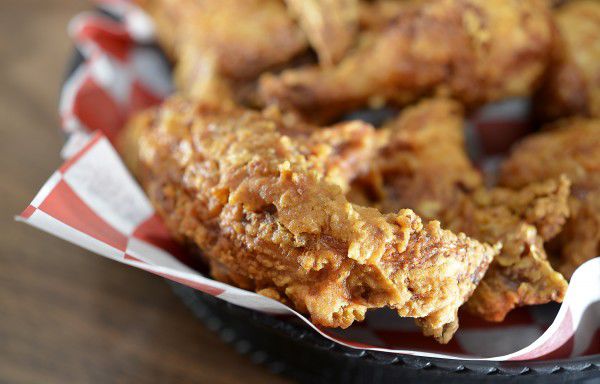 Gotta love snacking on a couple pieces of broasted chicken every once in a while, right? Visitors at Sneaky's Chicken, 3711 Gordon Drive, give the restaurant 4.6 stars from a collection of 208 reviews. Some even claim Sneaky's has the best chicken in town. 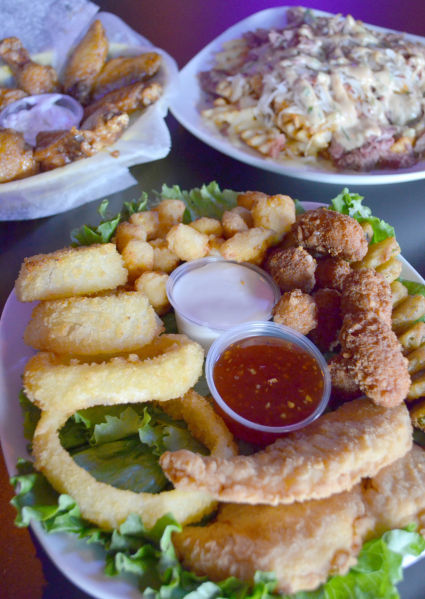 Half Moon Bar & Grill, located at 714 S. Lewis Boulevard, has 238 reviews on Facebook and has earned 4.6 stars. Customers enjoyed the atmosphere and friendly staff as well as Half Moon's finger food-heavy menu of wings and fancy waffle fries dishes. 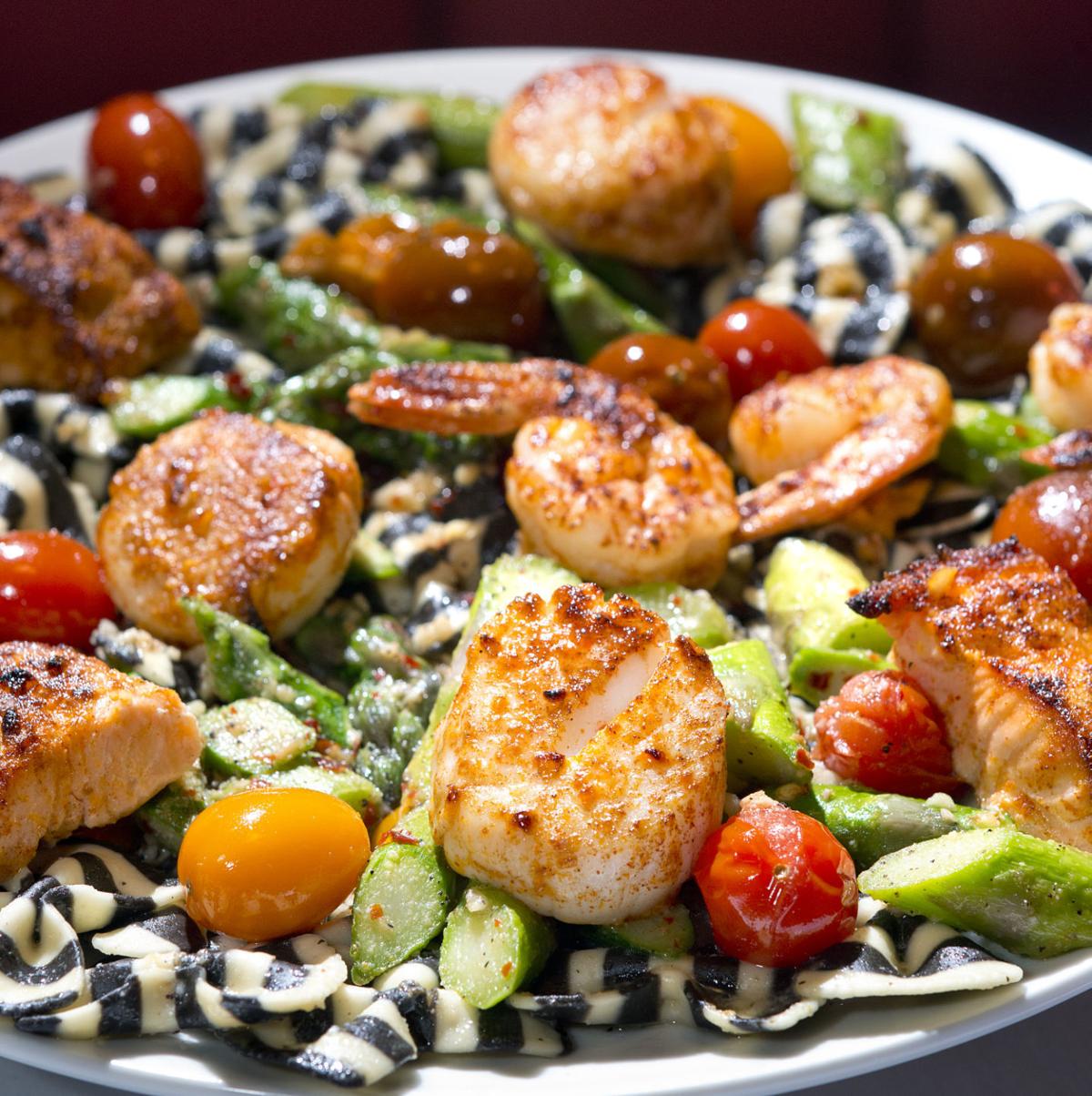 An average of 4.7 stars from 386 reviews makes Trattoria Fresco, 707 4th St., one of the top places to eat in Sioux City. People talk about friendly service, a romantic atmosphere and solid food. 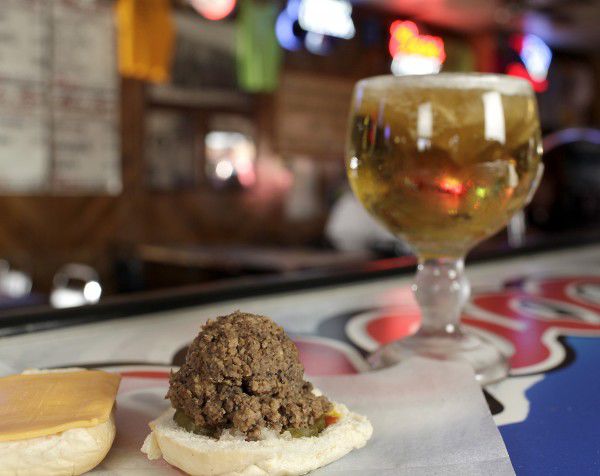 Miles Inn's signature combo -- a Charlie Boy sandwich and a schooner of beer --  have given this local icon 4.6 stars out of 525 reviews. Visit this Sioux City icon at 2622 Leech Ave. 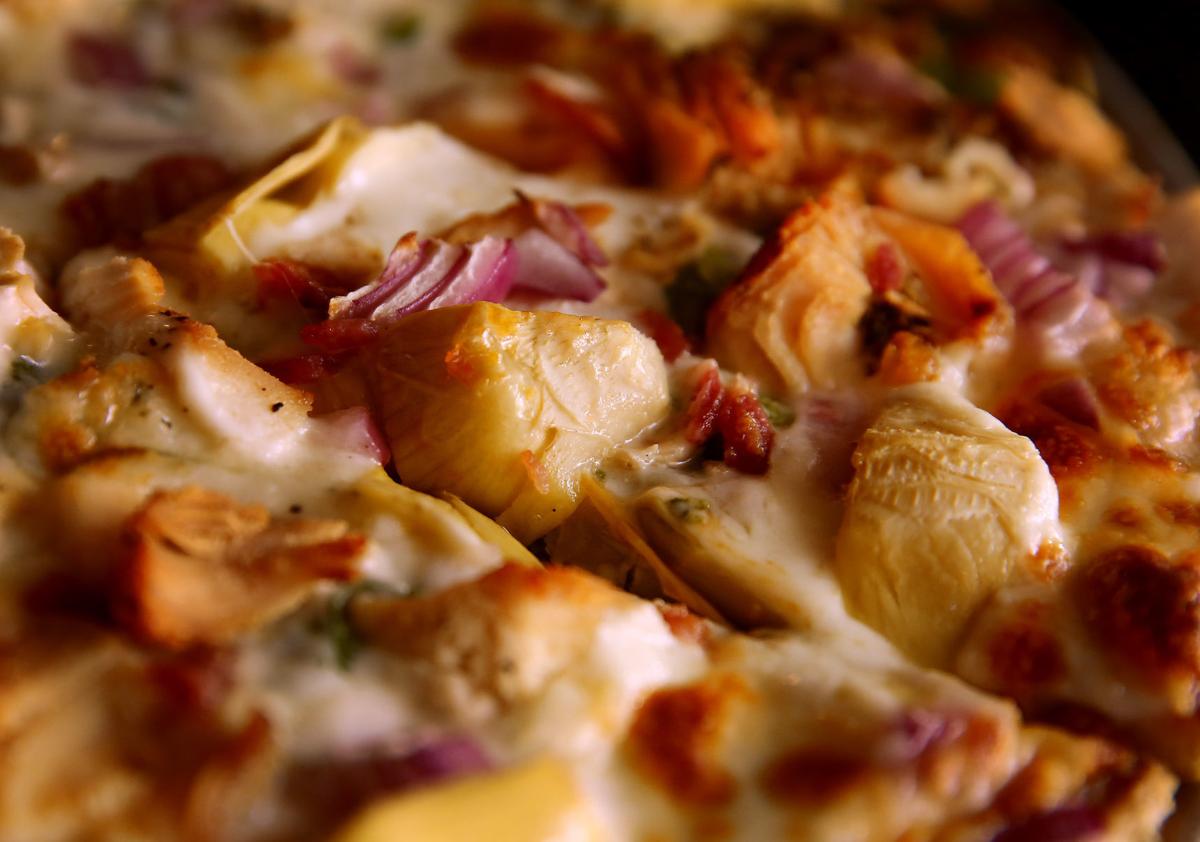 The Phyl Claeys pizza at Buffalo Alice, 1022 Fourth St., is one of the specialty pies available or you can create your own mix of toppings. The reviews are mixed but 4.2 stars from 552 reviews puts this Historic Fourth Street bar on the list. In addition to pizza they also have nachos and a huge selection of beer.

Does all of this expansion worry Eduardo "Guero" Sanchez, the taqueria's owner and namesake?

"No, our customers like our food," he said with a smile. "Now, we will have more locations to serve our customers."

So, how does Sanchez's wife and business partner Candy Sanchez feel about this massive expansion?

"I worry that we're growing too quickly," she said. "But I'm also proud we're a family-owned restaurant with made-from-scratch food from family recipes."

"In downtown Sioux City, the best sellers are our tacos and burritos," Sanchez said. "In Hinton, people like the fajitas and wet burrito (a burrito topped with a cheese sauce)."

"That's because our Sioux City spot is smaller and the pace is faster," Candy Sanchez noted. "Our Hinton location is so big, customers will want to stick around for a family-size meal."

Indeed, Tacos El Guero in Hinton has two dining rooms: a banquet room as well as a full-stocked bar for patrons who like to wet their whistle with a Mexican beer cocktail, complete with a chamoy-coated straw.

"I can't believe the size of this kitchen," Candy Sanchez said as her husband manned the grill. "In Sioux City, our kitchen is tiny, but here, we have space to spare."

WITH PHOTOS: 7 Siouxland restaurant and food reviews in the Weekender

Which is good news for Sanchez, who remains a master in concocting creative Mexican fare.

That includes meaty combo fajita platters with avocado, grilled veggies and a side of rice and beans. Plus the wet burritos, when covered with a rich and creamy cheese sauce, is both decadent and delicious.

While her husband is happiest in the kitchen, Candy Sanchez said her main interest is in the front of the house.

"Tacos El Guero was built around family," she explained. "Our four children work here and so do many members of my family."

Having loyal employees like Dulce Cueva, who has been with the restaurant since it opened its doors five years ago, is just as important, Candy Sanchez said.

"You need good people and you must treat them well," she added. "Running a restaurant is like being in a big family. There may be a bit of drama, but everything works out in the end."

If Eduardo Sanchez is nervous about running multiple restaurants, he isn't showing much stress.

"I love cooking the foods that I grew up with," he said. "Being able to make a living at what I love doing is a blessing.

"Knowing that customers are enjoying what I'm making is very special," Sanchez said. "Having more locations means being able to share my food with more people."

READ: The Journal's 5 most-read entertainment and lifestyles stories in August

Want to know what fellow Journal readers flocked to this month? Miss some of our best coverage from August? We have you covered.

New to town? Looking for a good, fresh spot to add to your regular rotation? Here are 27 restaurants, bars, bakeries and more across Siouxland…

15 top food galleries and stories in the Journal this year

Food coverage is among Journal readers' favorites, and with the year winding down we took a look back at the biggest stories in Siouxland cuis…

Nope, your eyes aren't fooling you, there really is a UFO hovering in an otherwise tranquil mural on the wall at Tacos El Guero, 525 Pearl St.

Did you know that El Salvador is one of the few remaining countries in Central America where you can find monkeys in the wild?

SIOUX CITY -- Dressed casually in a hoodie, Daniel Topete Leon may not look like the typical entrepreneur-in-the-making.

It has been a banner year for the popular event, volunteer organizer Sam Burrish said. "We've been up in both attendance as well as the number of food trucks," he said. "It seems like people are really embracing the concept."

SIOUX CITY -- Downtown Partners in Sioux City has announced new members of its board of directors: business owner Lisa Kalaher with Mod House …

"The classic, small town meals were the first things I added to the menu," co-owner Sara Vaydich said. "They've been a big success." Among those classics: Biscuits and gravy, hot beef sandwiches and homemade chili with a cinnamon roll on the side. 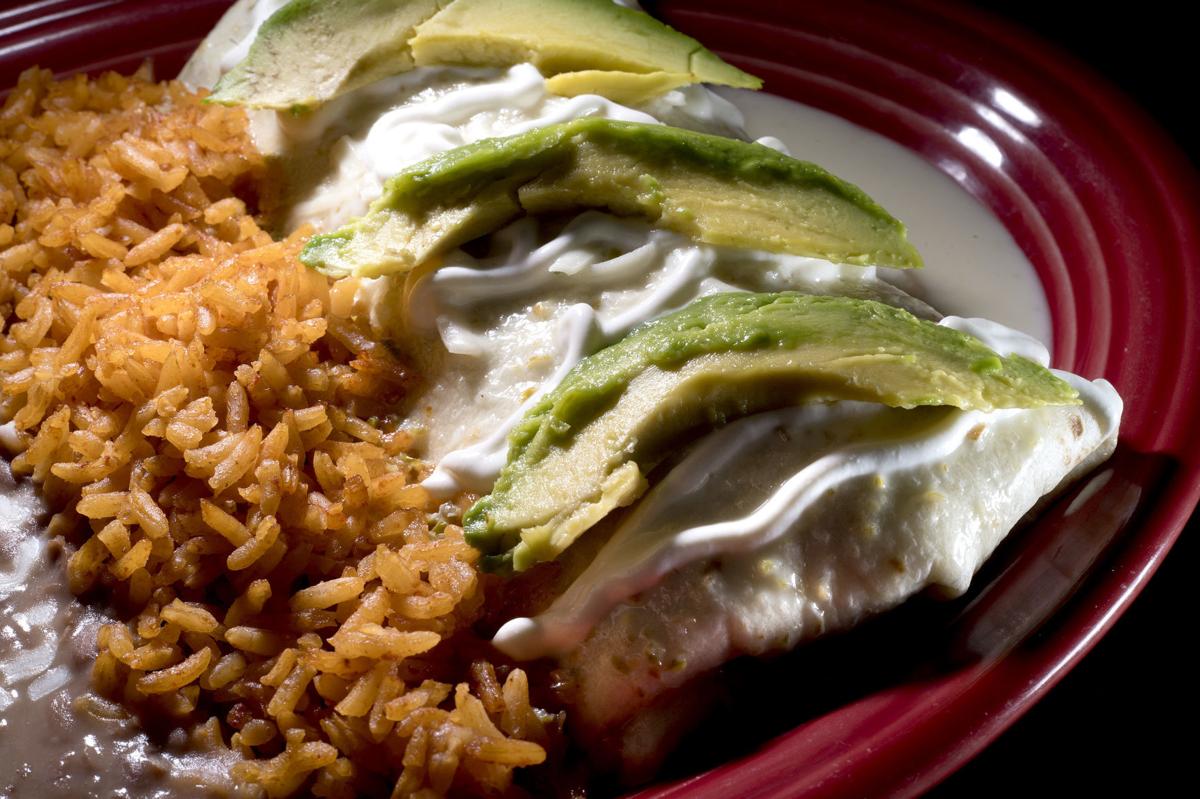 A wet burrito with beans, rice and avocado is a popular entree at Tacos El Guero in Hinton, Iowa.

Candy and Eduardo "Guero" Sanchez are shown at Tacos el Guero's new location in Hinton. Candy Sanchez handles the business side of the restaurant while her husband makes authentic, made-to-order meals in the taqueria's kitchen. 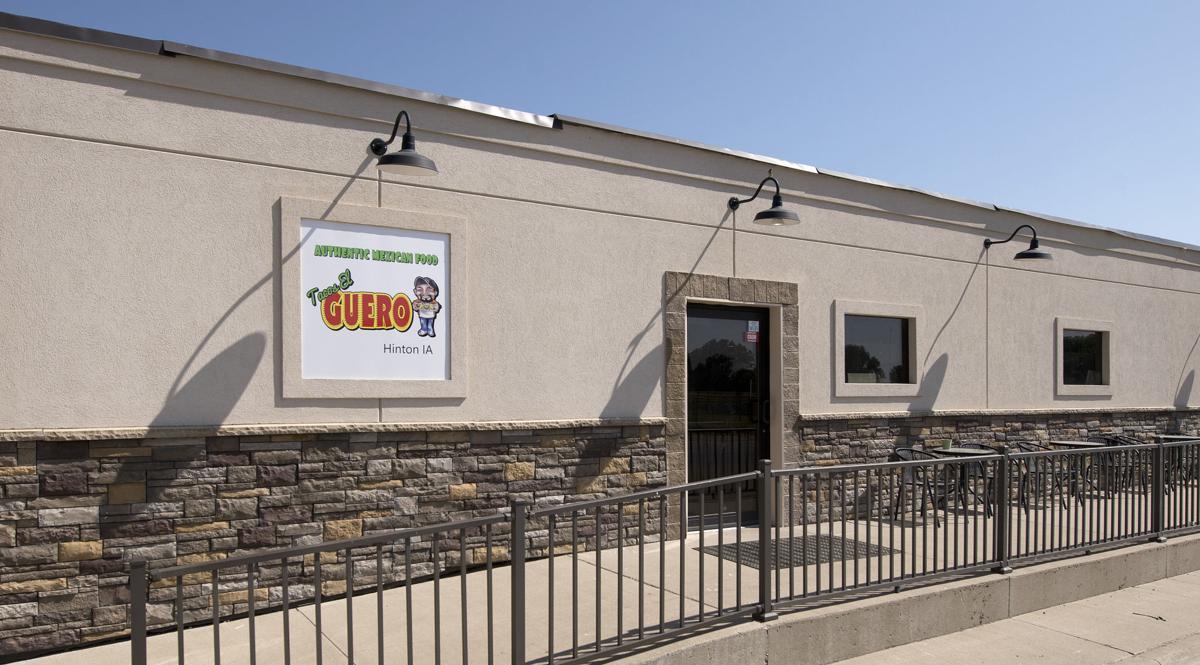