Become a Member
Read Today's E-edition
Share This
Manufacturer, hospitals say robotic surgery is safe in spite of complications
0 Comments
Share this
1 of 3 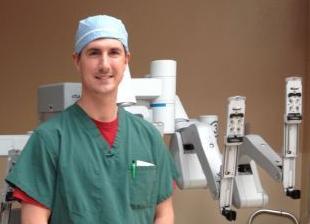 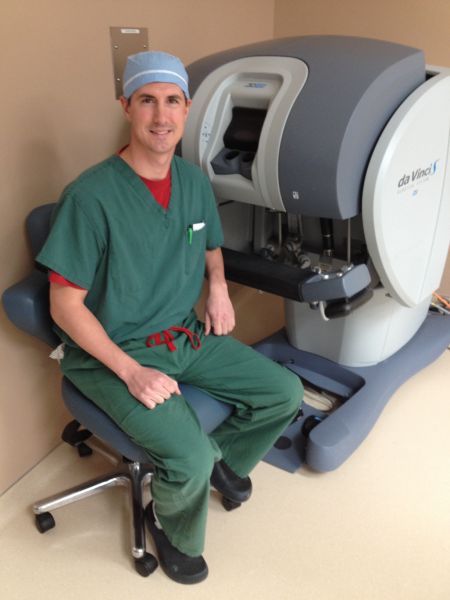 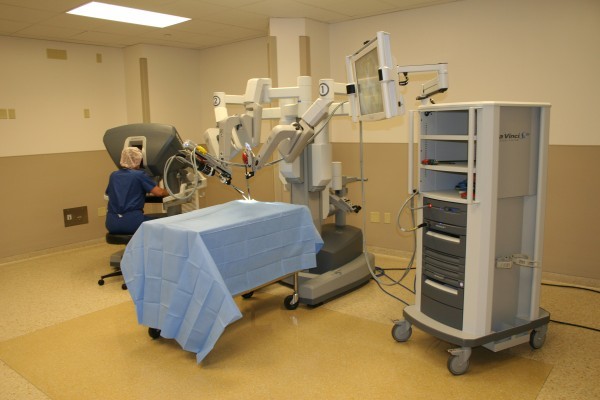 SIOUX CITY | Manipulating the robotic arms of Mercy Medical Center's da Vinci Surgical System, Craig Block said, is just like using a scalpel, forceps or any other medical tool lying on a tray in the operating room.

Block, who has performed prostate and kidney cancer surgeries as well as reconstructive kidney procedures with the surgical robot, said the device, which allows surgeons to perform complex surgeries with greater precision and fewer incisions, is safe in the wake of recalls and  reports of injuries and deaths linked to the system.

A study published in the Journal of Health Care Quality in August found that complications involving robotic surgery were under reported.

Between Jan. 1, 2000 and Aug. 1, 2012, 245 events were submitted to the U.S. Food and Drug administration, including 71 deaths and 174 nonfatal injuries. The authors discovered five cases that were never reported and three others that didn't make it to the FDA for months and even years after surgery.

According to a U.S. Food and Drug Administration survey released in November, 11 surgeons, who each performed 70-600 surgeries over the last three years using the da Vinci, reported collisions between robotic arms, "drifting" arms and patient complaints such as temporary finger numbness, loss of peripheral vision in one eye and bleeding from perforated bowels.

Last month, Intuitive Surgical Inc., issued a recall that warned of abnormal friction in the device's instrument arms, which may cause stalling. The problem affected 1,386 robotic arms worldwide, not including camera arms, according to the company.

In October, the company alerted system owners that a high resolution stereoscopic viewer on the console could come loose if it isn't properly restrained during transport.

Other mishaps over the years include a robotic arm hitting a patient in the face and a hand that wouldn't let go of tissue.

"I think what patients might think or get from a science-fiction movie is that this robot takes over and harms the patient in some fashion," Block said. "I've never seen an instance where an arm moves or does something that I didn't make it do."

During his seven years of performing robotic surgery at Mercy, Block said he has never experienced a malfunction, where the machine stopped working. Most problems, he said, can be remedied with "simple trouble-shooting."

Steve Church, director of surgery for UnityPoint Health -- St. Luke's, said the hospital hasn't had any problems with the da Vinci Si, the newest system on the market, which it acquired in the fall of 2012. He said the robot "works well" and that the physicians who operate it are "well trained."

Church said the safety checks surrounding the robot should ease any fears. Intuitive Surgical, according to Church, inspects the equipment quarterly; and St. Luke's conducts daily checks to make sure it's functioning properly.

"Our volumes are staying consistent. They're not dropping," he said of the demand for robotic surgery. "So that just tells me there's not a lot of fear out there regarding these problems."

The da Vinci Surgical System consists of a console, patient-side cart with three or four robotic arms and a vision system equipped with a high-definition, 3-D endoscope -- a flexible tube with a camera and light at the tip.

The surgeon sits at the console manipulating joy-stick like controllers that move robotic arms positioned above the patient-side cart a few feet away. The robotic arms and hand-like instruments mimic the surgeon's hand motions. A monitor projects the surgery in real time for the entire operating room to see.

The company also has a remote connection for all of its devices known as "OnSite," that allows it to log in and monitor the system's ongoing operation and maintenance.

"We're looking at sensors and friction levels and torques of motors and things like that," he explained. "We get sort of dashboards for each system and are watching those. When they get out of the optimum area, we'll dispatch a field service engineer to tune it up."

Customers, Rosa said, also receive routine preventative maintenance visits from field service engineers, who may also be dispatched to a hospital when a problem arises.

When a malfunction occurs during surgery, Rosa said the da Vinci will generally shut itself down. For example, if someone in the operating room bumps one of the robotic arms, he said, the system will default into "safe state mode," where the arms are still.

"That surgeon has the ability to recover the system depending on the  type of the error," he said.

The surgeon, Rosa said, can also hit a red emergency stop button at anytime during surgery to stop the system and continue by hand.

"It's designed such that the surgical team in the OR can take that system, safely remove it from the patient and convert the case to laparoscopy or open surgery," he said.

Robots were introduced into the operating room in the late 1990s and were mainly used by urologists.

Over the years, Block said the technology has found its way into general, cardiac, gynecologic and otolaryngologic surgeries.

Prostatectomy, the surgical removal of all or part of the prostate gland, Block said, is the most commonly performed robotic surgery. Five years ago, he said about 50 percent of prostatectomies were performed robotically. Today, he said, the percentage has climbed to 90.

Before Mercy obtained it's da Vinci Surgical System in 2008, Block said patients were traveling outside of Siouxland to get their procedures done robotically.

"I haven't done an open prostate other than one instance in the last six or seven years," he said. "I think when people are trained in it and experienced in it, they gradually just don't do any of those. I think the only people doing open prostates are probably in places where they don't have access to the technology."

"We believe strongly, and the data support that da Vinci surgery is certainly better for patients in terms of both safety and functional outcomes as compared to some of the alternatives like open surgery," he said. "There's just no question there."

Prostate cancer is a "silent" form of cancer that can be hard to eradicate, according to James Webb, a family physician at UnityPoint Health-St. Luke's Sunnybrook Medical Plaza.

SIOUX CITY | After hemorrhoid surgery, Dr. Joe Morris said, patients often complain of sharp pain, which they liken to having a knife twisting…

Watch Now: Good reasons to be careful with your credit cards

Experts say avoid these foods for a healthier mind

Experts say avoid these foods for a healthier mind