WASHINGTON (AP) — A new $56,000-a-year Alzheimer's drug would raise Medicare premiums broadly, and some patients who are prescribed the medication could face copayments of about $11,500 annually, according to a research report published Thursday.

The drug, called Aduhelm, was approved by the Food and Drug Administration only this week. It's the first Alzheimer's medication in nearly 20 years, though it doesn't cure the life-sapping neurological condition. Some experts question whether Aduhelm provides any benefit to patients, but the FDA determined it can reduce harmful clumps of plaque in the brain, potentially slowing dementia.

Wednesday's analysis by the nonpartisan Kaiser Family Foundation comes as congressional Democrats are trying to build consensus around legislation that would empower Medicare to negotiate prescription drug prices.

The chairman of the Senate Finance Committee, Democratic Sen. Ron Wyden of Oregon, said the list price for the Alzheimer's drug was "unconscionable." Although President Joe Biden has called for granting Medicare negotiating authority, prospects for the bill are uncertain.

The Kaiser report estimated that if just 500,000 Medicare recipients are prescribed Aduhelm, it would cost the program nearly $29 billion a year, far more than any other medication.

"At this price, the cost of this one drug alone could top all others covered by Medicare, if it is used widely," said Tricia Neuman, coauthor of the report.

Medicare has not made a formal determination on covering Aduhelm, but cost traditionally does not enter into such considerations. Drugmaker Biogen has said it priced Aduhelm responsibly.

Alzheimer's affects about 6 million Americans, the vast majority old enough to qualify for Medicare. "The approval of Aduhelm provides the latest high-profile example of the potential budgetary consequences of Medicare's role as a price-taker in the pharmaceutical marketplace," the Kaiser analysis concluded.

In addition to higher taxpayer costs, the domino effects would include higher "Part B" premiums for Medicare's outpatient coverage and increases in monthly premiums for millions with supplemental "Medigap" plans. As an infusion drug that would be administered in a doctor's office, Aduhelm is covered by Medicare's outpatient care benefit. The Part B standard premium, paid by most enrollees, is currently $148.50 a month.

Beyond monthly premiums, there would also be impacts on out-of-pocket costs. Many patients taking the medication, including those signed up in Medicare Advantage plans from private insurers, could face thousands of dollars in copayments. The maximum could reach about $11,500, researchers estimated.

That upper-bound cost out of patients' budgets would translate to nearly 40% of the $29,650 estimated median income for Medicare beneficiaries.

Biogen, which developed the Alzheimer's drug with Japan's Eisai Co., said earlier this week that it expects a gradual uptake and not a sharp "hockey-stick" spike.

Guindo said that the company looked at prices for advanced medications to treat cancer and other complex conditions. "We have priced Aduhelm at roughly a third the level of the cancer immunotherapies," he said during a teleconference this week. "So, we consider this to be a really responsible price and we consider this to be a price that is sustainable for the system."

Medicare has a review process known as a National Coverage Determination to evaluate new treatments that could have far-reaching implications for the program. Officials have not yet said how the program will proceed with Aduhelm. It's possible Medicare could set conditions for covering the drug, based on clinical effectiveness.

The program covers more than 60 million people, including those 65 and older, as well as people who are disabled or have serious kidney disease. Medicare spending is approaching $1 trillion a year.

How will insurers cover a new Alzheimer's drug?

Health care experts expect broad coverage of the drug, which was approved Monday. But what that means for patients will vary widely depending on their insurance plan. In some cases, that could mean coming up with several thousand dollars to pay for what the insurer didn’t cover.

And there's no guarantee that every case will be covered.

Here’s what you need to know:

Q: What was approved?

Answer: The Food and Drug Administration said it granted approval to a drug from Biogen based on clinical research results that seemed “reasonably likely” to benefit Alzheimer’s patients.

It’s the only drug that U.S. regulators have said can likely treat the underlying disease, rather than just manage symptoms. The new drug, which Biogen developed with Japan’s Eisai Co., did not reverse mental decline. It slowed it in one study.

The FDA’s decision came despite the conclusion of its advisory committee that there wasn’t enough evidence that the drug slowed the brain-destroying disease.

Answer: It aims to help clear harmful clumps of a protein called beta-amyloid from the brain. The medication will be marketed as Aduhelm and is to be given as an infusion every four weeks.

Q: What will it cost?

Answer: Biogen said the drug would cost approximately $56,000 for a typical year’s worth of treatment, and it said the price would not be raised for four years.

Q: How will insurers cover it?

Answer: They will likely request some documentation first that the patient needs the drug. Many plans will require doctors to submit records and other paperwork justifying the treatment before they agree to cover it.

Insurers also will likely require pre-approval for brain scans needed to determine that the patient is a candidate for treatment, said Lance Grady of Avalere Health consultants.

He noted that some plans also may want to see the results of a scan before they decide to cover the next infusion, which could delay treatment.

Answer: Medicare is widely expected to cover the treatment. Insurers that offer private or commercial coverage also will pay for care that doctors deem medically necessary.

That may not mean every case, though. If the treatment is proposed for a patient with advanced Alzheimer’s, and research shows the drug isn’t effective in that population, then the insurer may not pay for it.

“That happens all the time with drugs,” said Robert Laszewski, a health care consultant and former insurance executive. “Just because the FDA says its safe doesn’t mean it’s appropriate for everybody.”

Q: What will patients pay?

It can depend on the person’s coverage and their out-of-pocket maximum, which is a plan’s limit for how much a patient pays in a year for in-network care before insurance picks up the rest of the bill.

Some patients who are already receiving a lot of care may not wind up with a huge added expense from the drug before they hit that limit.

Patients who have a supplemental plan for their Medicare coverage also may wind up with few out-of-pocket costs for the drug.

Patients with Medicare Advantage coverage, which is run by private insurers, or individual health insurance could pay several thousand dollars before they hit their plan’s annual limit, depending on the plan.

“That could be very burdensome for someone, especially if a person is looking at this cost every single year, and they don’t have an option to get a better health plan,” said Stacie Dusetzina, an associate professor at Vanderbilt University and drug pricing expert. “It can add up.”

Q: Are the drugmakers helping?

The company says it will help patients figure out their options for financial assistance and find providers and care infusion sites. The drugmaker also is offering programs to help reduce the out-of-pocket cost for some patients with commercial coverage.

But people with Medicare and Medicare Advantage coverage cannot get drugmaker discounts like that. Health care researchers say most of the people who will need this drug will have some form of Medicare coverage.

Nebraska COVID cases remain among lowest in nation per capita

Nebraska's COVID case count continued to decline last week, with the weekly total dropping under 300 for the first time since the pandemic's earliest days.

What new colon cancer screening guidelines mean to you

Screening for colorectal cancer is now recommended for all people, beginning at age 45 rather than 50. Here's a look at the updated guidelines.

How to keep your fingernails in shape, plus more health news you can use

Many less-than-desirable nail conditions can be avoided through proper care. But others can indicate an underlying condition that may need attention.

Water doesn’t have to be boring. There are plenty of ways to help the whole family to stay hydrated throughout the day.

Bleeding moles may or may not be serious

Although it may not be serious, a mole that bleeds is a possible sign of melanoma. Talk to a health care provider if you notice any changes in moles.

Try to get most of your calcium and vitamin D from your diet. You can fill any gaps with a supplement. But don’t assume that “more is better.”

Between 76% and 88% of the people surveyed had experienced weight-shaming from a parent, sibling or other family member, mostly during childhood and adolescence.

Practicing certain behaviors can train your brain and body to mitigate your reaction to stressful situations. 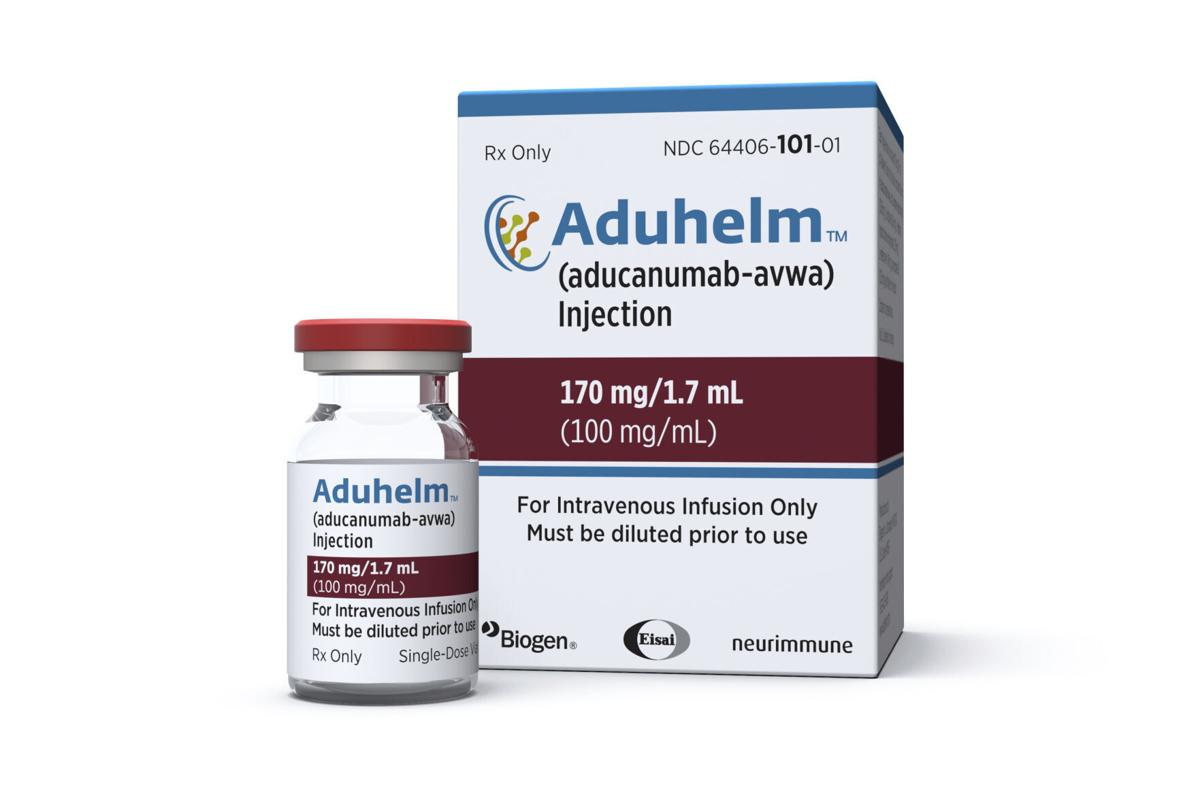 This image provided by Biogen shows a vial and packaging for the drug Aduhelm. 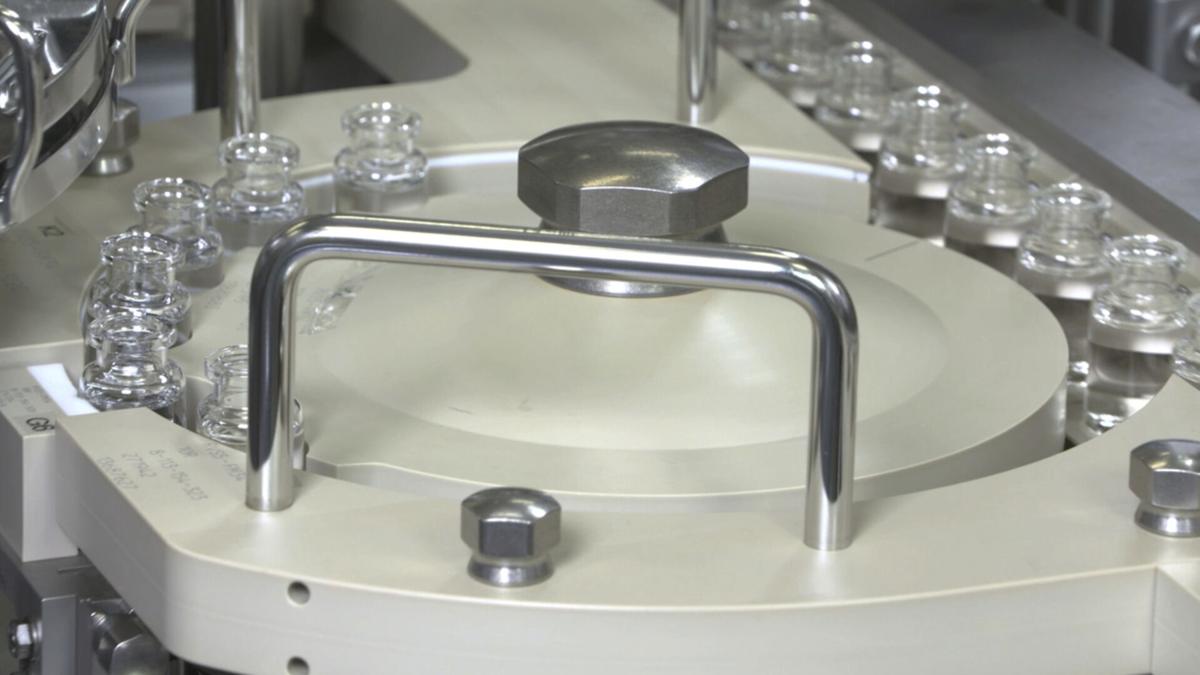 In this undated image from video provided by Biogen, vials of the medication aducanumab are handled by machines during manufacturing in Switzerland. On Monday, the Food and Drug Administration approved aducanumab, the first new drug for Alzheimer’s disease in nearly 20 years, disregarding warnings from independent advisers that the much-debated treatment hasn’t been shown to help slow the brain-destroying disease.