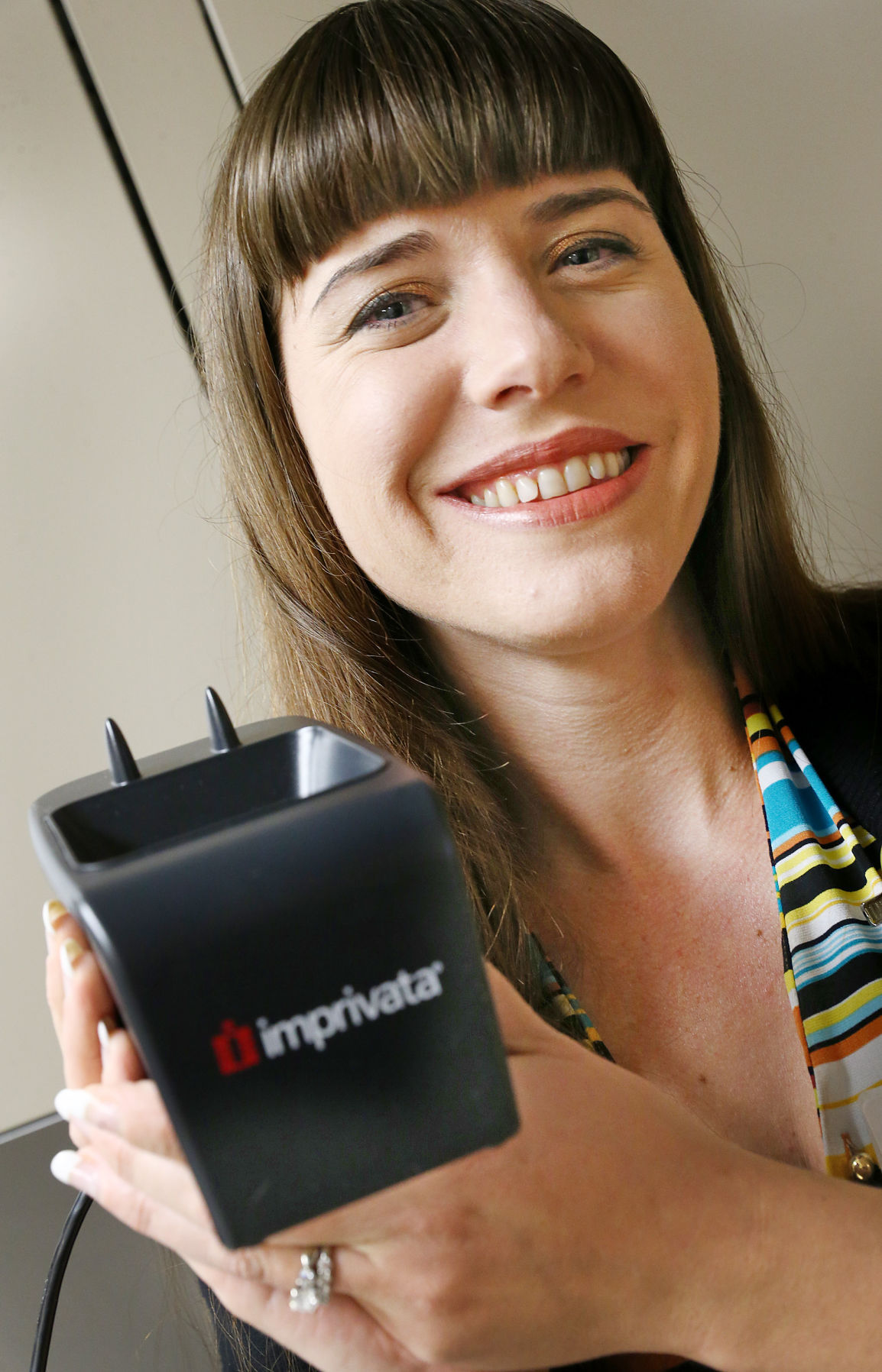 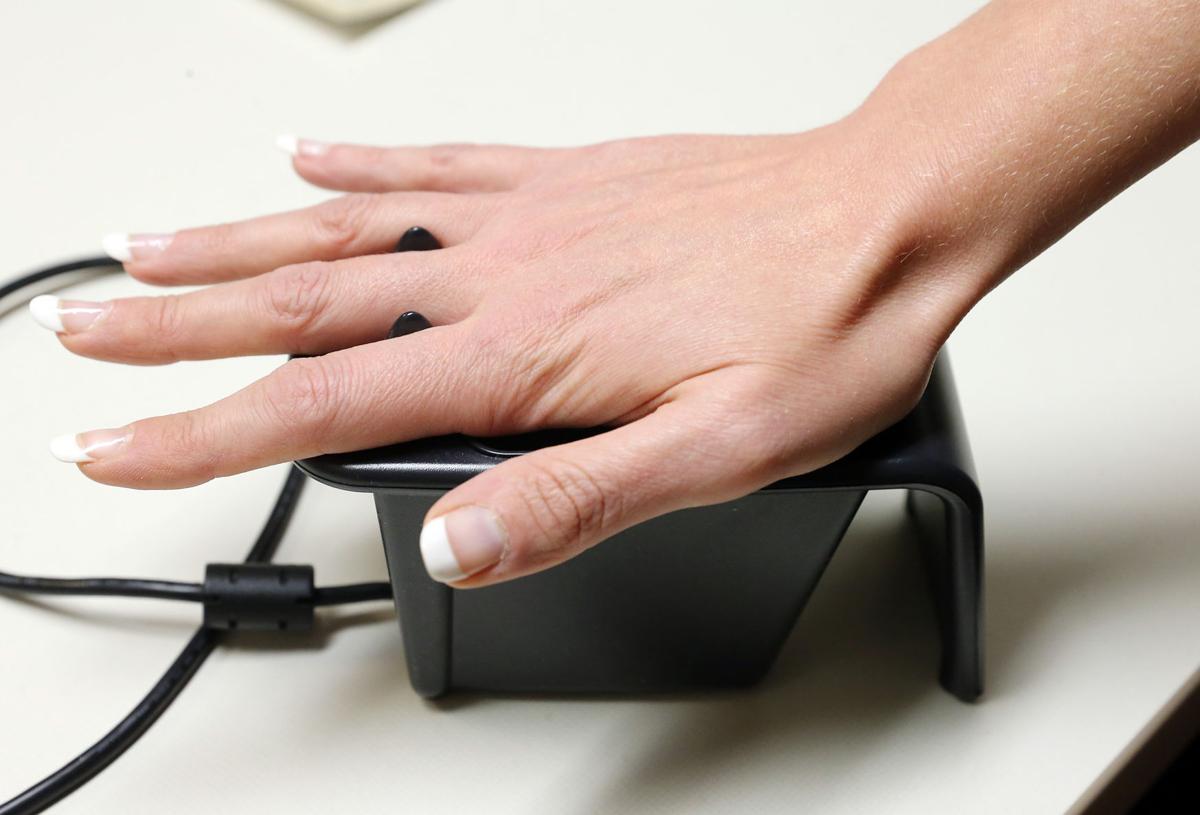 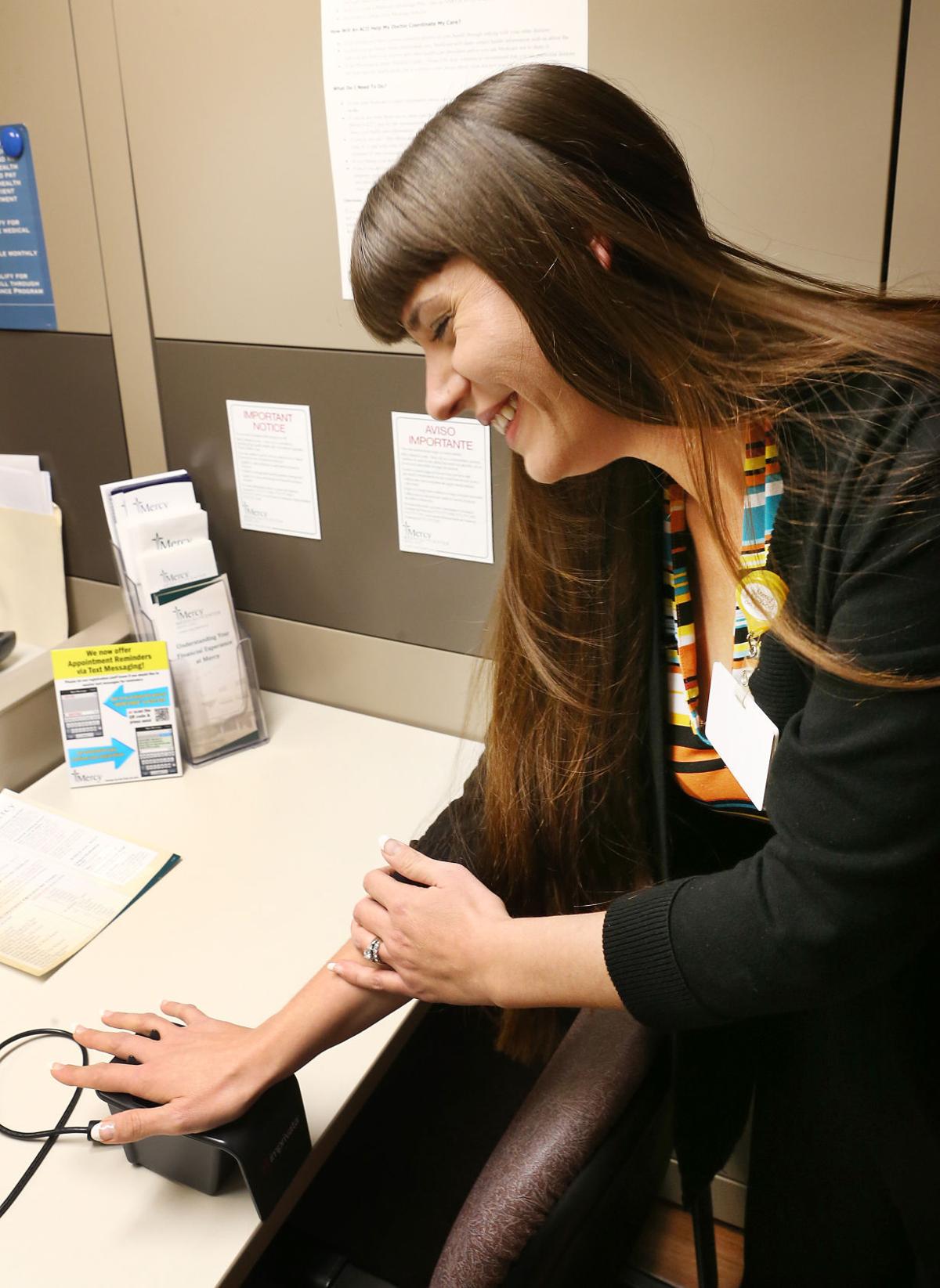 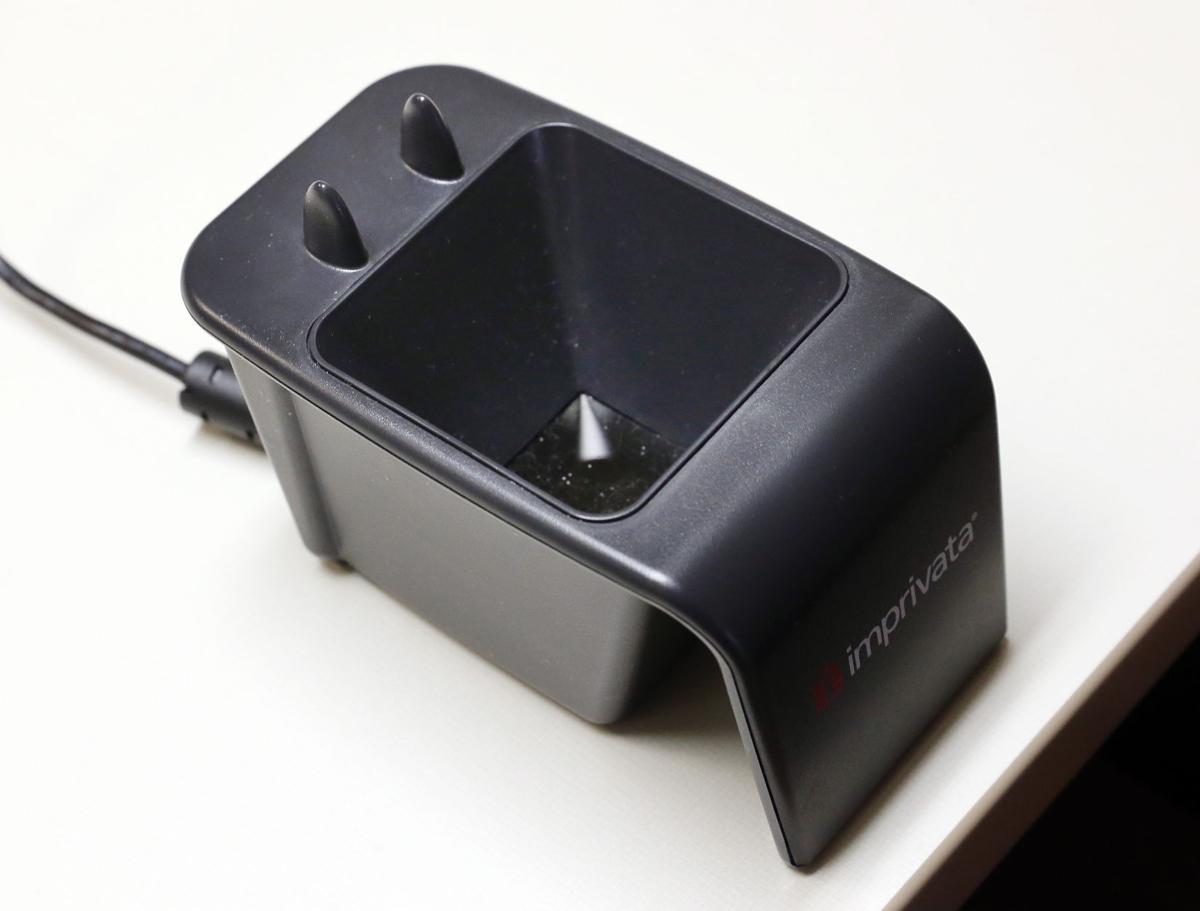 SIOUX CITY | When patients check in at various areas of Mercy Medical Center, including the hospital's emergency department, central registration, and the Heart Center, they'll be asked to place their right palm on a small black scanning device.

"Really all we had was the I.D. and the patient's word. This is a lot more effective," she said. "It's a benefit on a lot of different levels."

An estimated 2.32 million Americans have fallen victim to medical identity theft, which increased by 22 percent between 2014 and 2015, according to the Medical Identity Theft Alliance.

According to Imprivata, the maker of PatientSecure, Carolinas HealthCare System reduced its duplicate medical record error rate to 0.11 percent with Imprivata with PatientSecure, which is 80 times better than the national average of 10 percent.

Besides protecting against identify theft and identification errors, Mohrhauser said PatientSecure is also useful when an unresponsive, unidentified patient arrives in the emergency department.

If the patient is registered in the hospital's database, all staff have to do is scan the patient's palm to learn who they are, access their medical records and contact their family members or friends.

Using near-infrared light, PatientSecure twice scans the vein pattern in a patient's palm -- which is unique to each individual much like a fingerprint -- when they enroll for the first time.

Mohrhauser said registration software tells staff whether a patient is enrolled. At subsequent visits to the hospital, the device authenticates the patient's identity by scanning their palm once.

"It will basically take a picture of that vein pattern, so when you come in the next time they'll scan that and locate you in the database that way," Mohrhauser said. "It will automatically take that patient's information from our registration software and assign it to that palm vein pattern."

She said identify theft wasn't a problem at the hospital, but she said Mercy, like many other hospitals, has patients with identical or very similar identifying information. She said a hospital in Detroit has 800 patients with the same names and birth dates.

"We do see instances where a well-meaning registrar will take the patient information and it may say, John Smith 1-21-47, and there's a John Smith 1-23-47 and they grab the wrong one and we don't notice it until later in the visit," she said.

"(PatientSecure) prevents that from happening. We have the right patient at the beginning of the visit every time if we've previously enrolled them in our database."

So far, Mohrhauser said patient reaction to the device has been very positive. She said PatientSecure only adds about a minute to the check-in process, which she said takes about 10 minutes total.

"We weren't sure how it was going to be received in the Siouxland area. Pretty much every patient that has come through has really enjoyed it and thought that it's been a great idea," she said.

"They're more comfortable with the fact that proper patient identification is at the forefront of our mind."

HIPAA has changed a lot in 20 years

Gone are the clipboards and paper forms. Family Health Care of Siouxland has replaced those check-in staples with Phreesia, a portable orange touchscreen tablet.