Employees not washing their hands at any time during the inspection.

These are just some of the 2,368 violations health inspectors recorded during inspections of Sioux City restaurants, grocery and convenience stores from Dec. 2, 2014 to Dec. 2, 2015, that could have put customers at risk for contracting foodborne illnesses that cause fever, abdominal pain and diarrhea.

"Food can be a vehicle for a lot of these infections, but it's not always the food itself that's the cause," said Tyler Brock, Siouxland District Health Department deputy director.

According to publicly available reports from the Iowa Department of Inspections & Appeals, 440 regular inspections and eight pre-opening inspections were conducted at Sioux City establishments during that time period. Five restaurants tallied 18 violations each -- the most issued.

Inspections are a "snapshot" of the day and time of the inspection. The frequency at which inspections are conducted varies, depending on the type of food, food preparation and handling and compliance history of the establishment. The state requires businesses to post a copy of their most recent inspection report near their front entrance.

Common violations occurring at Sioux City restaurants included cooks not washing hands prior to putting on gloves, no certified food protection manager on site and failure to post hand-washing signs or institute a sick policy.

The Centers for Disease Control and Prevention (CDC) estimates that 48 million cases of foodborne illness occur in the United States every year. At least 128,000 Americans are hospitalized and 3,000 die from eating contaminated food.

According to the CDC's Food Safety Progress Report for 2013, cases of campylobacter and vibrio vulnificus -- a bacterial infection caused by the consumption of raw or under-cooked seafood -- are on the rise in the United States.

Cases of campylobacter, often linked to dairy products and chicken, increased 13 percent since 2006-2008. For every case reported, the CDC says there are 30 cases that go undiagnosed.

While cases of E. coli O157, listeria and salmonella remained steady, vibrio vulnificus infections jumped 75 percent since 2006-2008. For every case of vibrio vulnificus reported in the United States, the CDC says 123 are not diagnosed.

Woodbury County tallied 32 cases of salmonella and 23 cases of campylobacter in 2015. Eleven cases of shigella and five cases of E. coli were also reported.

Cattle naturally contain bacteria such as E. coli, salmonella and shigella in their intestines. During slaughter, the contents of the intestines can contaminate the meat if proper hygiene practices aren't followed, said Daniel Lamptey, an infectious disease specialist at Mercy Medical Center.

"That's one of the main ways that food gets contaminated," he said.

Lamptey said crops become contaminated with bacteria when they are irrigated with water containing sewage and manure. He said this can occur at both small farms and large industrial farms.

"When they are harvested, some of these fruits and vegetables have some of these bacteria on them," he said. "If you don't wash them very, very well, you're gonna get an infection."

Is the food contaminated or is a food handling practice to blame for an illness?

Brock said these are questions health department investigators seek answers to when they receive reports of illnesses caused by foodborne pathogens.

An outbreak of shigellosis that began in November 2013 hit hard at Sioux City day care facilities and schools. More than 200 people were infected in Woodbury County.

Shigella can be spread through contaminated food and water or by contact with an infected person. People with shigellosis shed the bacteria in their feces. The best way to prevent shigellosis is good hand washing with soap and warm water and avoiding preparing food for others when you have diarrhea.

Brock said finding the agent of a foodborne illness is very important. When sick patients show up at their doctor's office with gastrointestinal symptoms, laboratory testing can reveal the presence of a virus or bacterium.

The clinic or hospital then contacts the health department, whose investigators collect a thorough food and travel history from the patient. The incubation period for a foodborne illness is between 16 and 48 hours.

"We ask about restaurants. We ask about other people in the family who might be sick. We've got a whole laundry list of things that we do," Brock said. "Maybe we get another report of the same thing, and then we start seeing connections."

A 1993 outbreak of E. coli involving 73 Jack in the Box restaurants in California, Nevada, Idaho and Washington sickened more than 700 people and killed four children. It was traced to undercooked hamburger patties.

In early December, 120 people who ate at Chipotle Mexican Grill in Boston were sickened with norovirus, the leading cause of illness and outbreak from contaminated food in the United States, according to the CDC. Norovirus, which causes nausea, vomiting and diarrhea, is most often spread when infected food workers touch ready-to-eat foods.

The outbreak in Boston came on the heels of an unrelated outbreak of E. coli O26 at Chipotle restaurants in nine states which has sickened more than 50 people since October. The exact source of that outbreak remains unknown.

Lamptey, who has practiced medicine in Sioux City since 2006, said he has yet to see an outbreak of foodborne illness in Sioux City. When dining out, in his opinion, family restaurants are safer than fast-food restaurants. Preparing food at home, he said, is the safest option.

How to prevent foodborne illness

Complaints about restaurants regulated by the Iowa Department of Inspections & Appeals can be made by calling (515) 281-7102 or mailing the complaint to:

Iowa Department of Inspections and Appeals

Briar Cliff University will be hosting a grant competition, Swimming with the Sharks, this February.

Several years ago, Mike Mahaney raced 4 miles in Beresford, South Dakota, on Superbowl Saturday in a 27 below zero windchill.

Siouxland volunteers: Lend a hand and improve your health

The baby blue glow emitted by tall, cylindrical lamps affixed to a wheeled base looks calming as the device sits in a surgical suite at Mercy Medical Center. But it's actually silently waging a war against pathogens that cause difficult-to-treat infections.

Keep it or throw it out? 'Sell by' dates confuse consumers

SIOUX CITY | Spot a clump of blue-green fuzzy stuff on a loaf of bread?

Adults and children across Siouxland likely will try to cool off in the sweltering heat this weekend as temperatures are expected to climb into the 90s.

The baby blue glow emitted by tall, cylindrical lamps affixed to a wheeled base looks calming as the device sits in a surgical suite at Mercy Medical Center. But it's actually silently waging a war against pathogens that cause difficult-to-treat infections.

Are you reaching for sweets and craving carb-heavy foods? You could be stressed out.

When done correctly, canning is a great way to extend the taste of summer

SIOUX CITY -- Preserving the taste of summer through canning is a favorite pastime for many, but for others it's an intimidating process -- so… 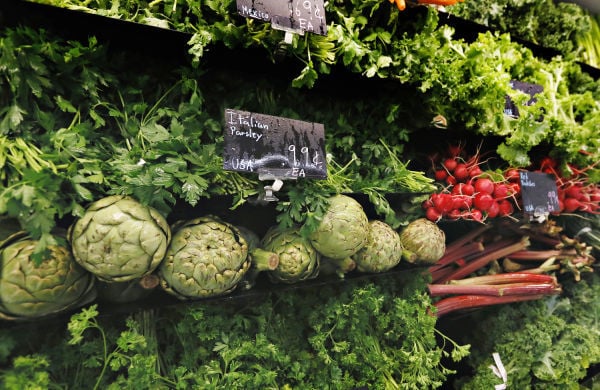 Leafy vegetables are a common source of foodborne illnesses, which sicken roughly 48 million Americans each year. 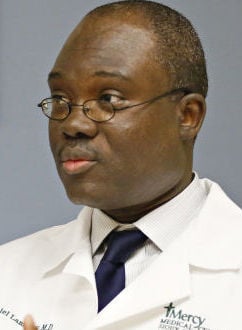 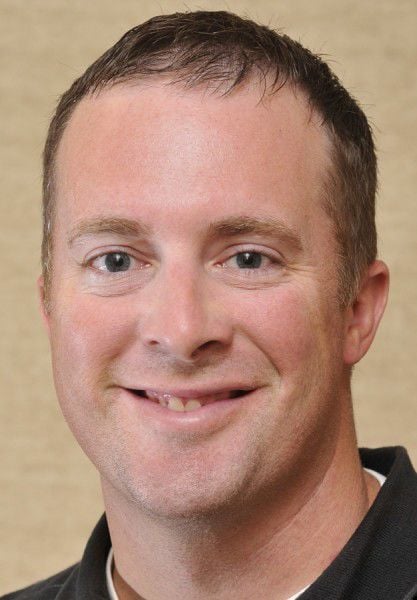