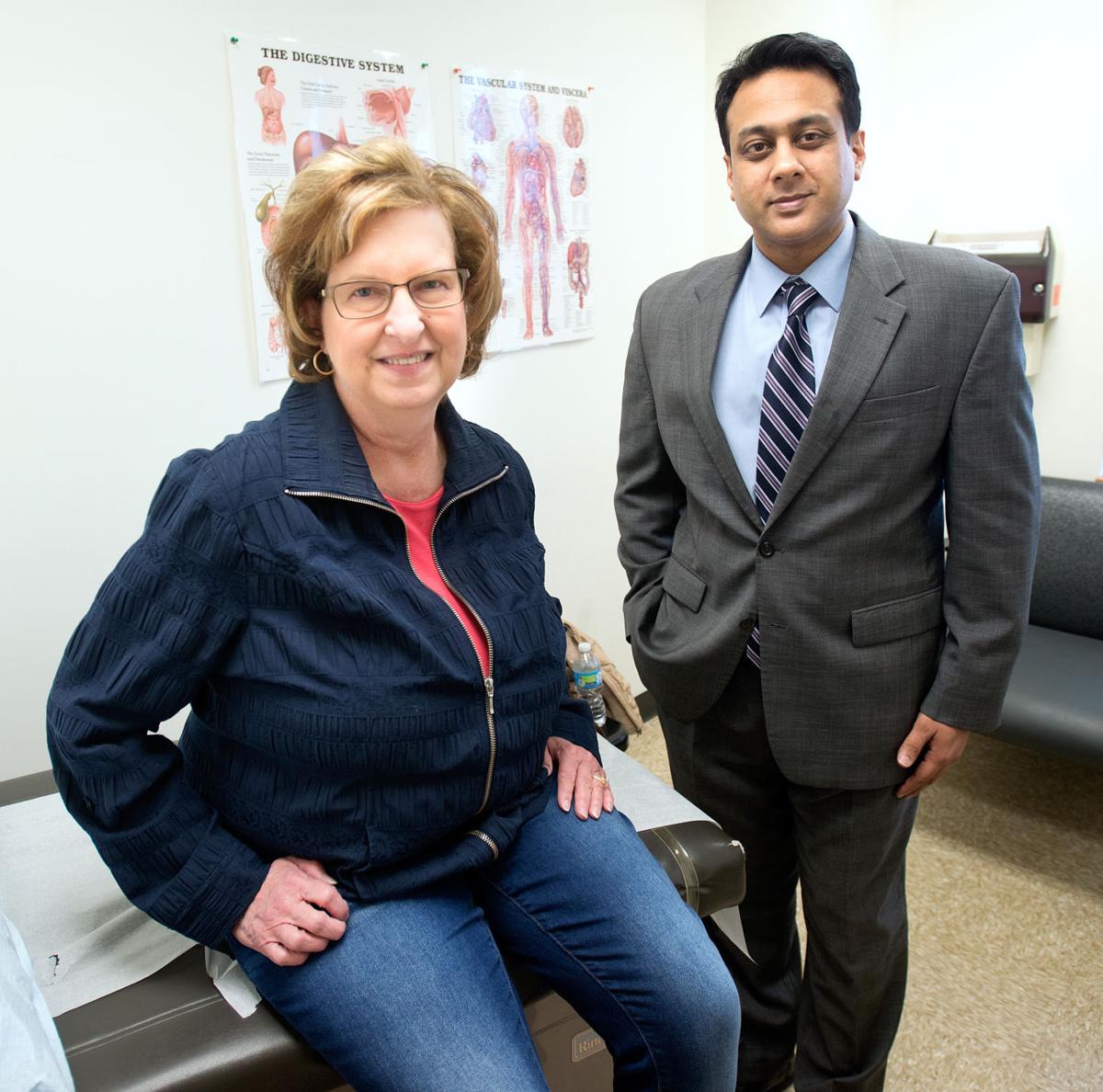 Aditya Gupta performed a Nissen wrap on Debra Uhl, of Schleswig, Iowa, in September 2015 in effort to cure her severe acid reflux. The procedure involves wrapping the upper part of the stomach around the lower end of the esophagus. 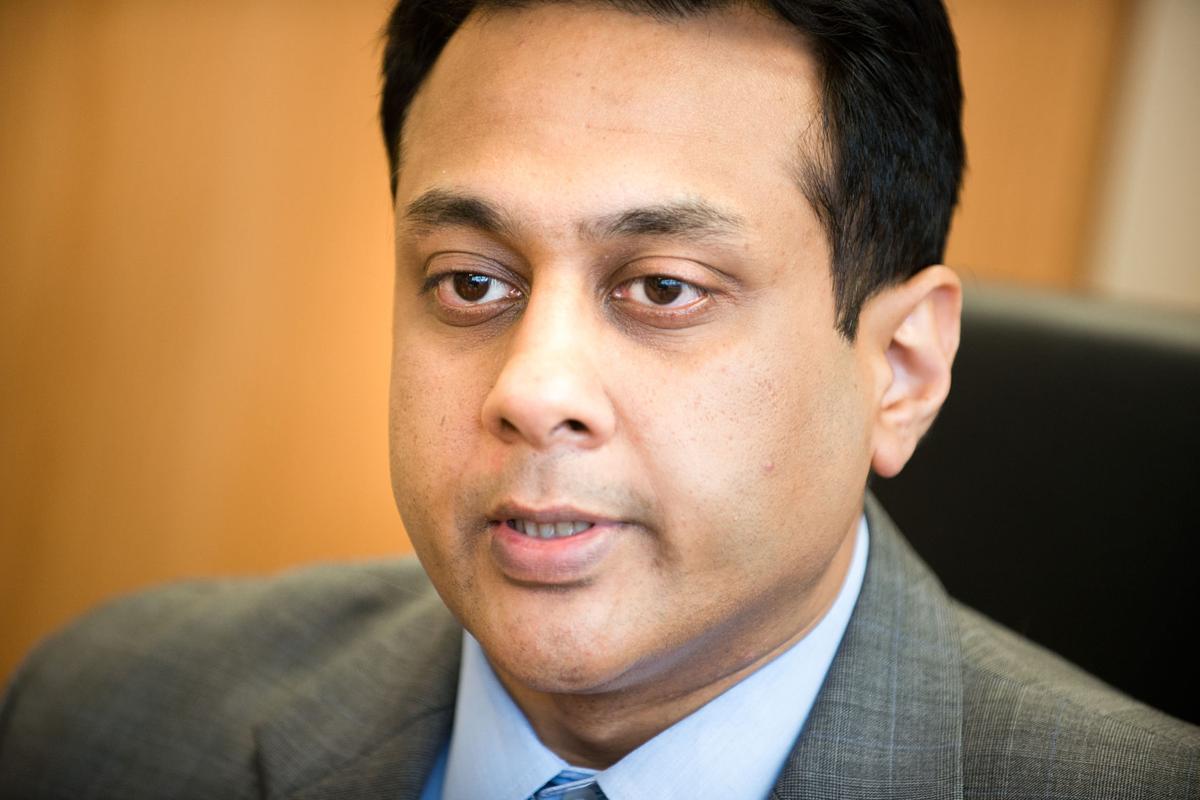 Aditya Gupta, a surgeon with Tri-State Specialists in Sioux City, said heartburn is among the top three causes of lifestyle impairment. 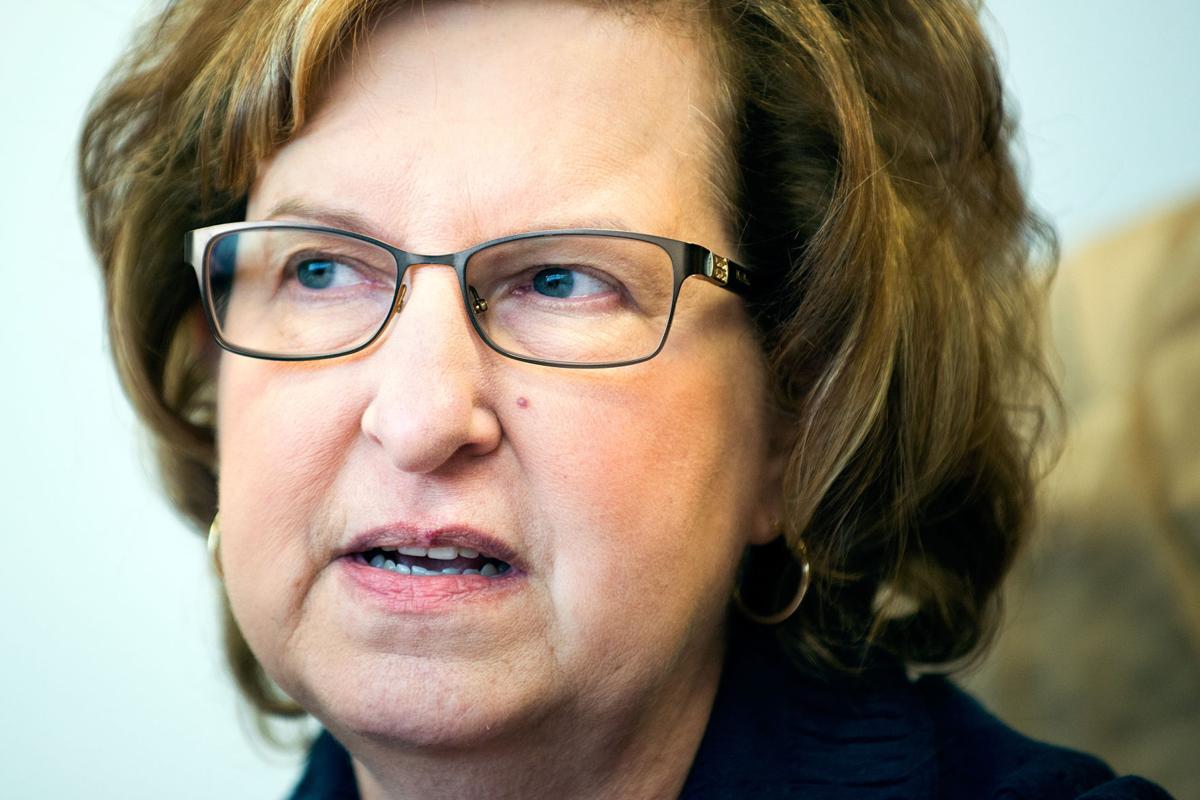 Debra Uhl, of Schleswig, Iowa, fell and broke both femur bones in her legs and three vertebrae in her back. She blames proton pump inhibitors, which she was taking to treat chronic acid reflux.

Long-term PPI use is linked with osteoporosis and decreased bone mineral density. Some studies say the drugs, which block the enzyme in the wall of the stomach that produces acid, carry a 35 percent increased risk of fractures. Prilosec and Nexium are the most common over-the-counter PPIs, while Protonix is a popular prescription PPI.

Uhl, 58 of Schleswig, Iowa, fell and broke both femur bones in her legs and three vertebrae in her back. She said she didn't know that osteoporosis could be a side effect of PPI use.

"I blame it on the medication," said Uhl, who had to leave her job at the Denison Walmart, where she worked as a customer service manager for 24 years, and give up raising Bichon Frises -- small fluffy, white dogs. "Breaking all those bones -- it all altered my life."

In Sept. 2015, Aditya Gupta, a laparoscopic bariatric and foregut surgeron who practices with Tri-State Specialists in Sioux City, performed a Nissen wrap on Uhl. The procedure, which is done laparoscopically, involves wrapping the upper part of the stomach around the lower end of the esophagus and stitching it in place.

Gupta said the Nissen wrap has between an 80 and 90 percent success rate, meaning most patients no longer experience acid reflux or need to take PPIs to control it.

Heartburn, pain or pressure below the breastbone, is a common symptom of acid reflux that usually occurs after eating.

Acid reflux, the backward flow of stomach acid into the esophagus, affects 35 to 45 percent of the population, according to Gupta.

He said heartburn is among the top three causes of lifestyle impairment. People who struggle with heartburn experience lost work productivity because they frequently visit the doctor, leading to increased health care spending.

Gastroesophageal Reflux Disease (GERD) is a chronic form of acid reflux that occurs more than once a week and causes inflammation in the esophagus. GERD that goes untreated can result in long-term damage to the esophagus and lead to cancer. Gupta said 30 to 35 percent of the population suffers from GERD.

Why do people develop GERD?

Gupta said GERD, which usually peaks between the ages of 25 and 35 and then again between 55 to 65 years of age, has multiple causes.

The lower esophageal sphincter prevents acid and stomach contents from traveling backward from the stomach. Gupta said a person's genetics and often obesity can lead those muscles between the esophagus and the stomach to become loose. Eating foods that are spicy or high in fat increases acid production in the stomach. When enough acid is produced, Gupta said some of it will then leak up.

"If the sphincter becomes loose as the result of usually dietary factors or obesity, more than half the time we see some degree of hiatal herniation, where part of the stomach herniates into the chest," he explained. "That kind of disrupts the whole anatomy of that region, so that acid can come up easily -- that mechanical value is lost. That's what causes heartburn."

Gupta said many patients have been taking over-the-counter or prescription PPIs for years to treat GERD. H2 blockers also inhibit gastric acid and act faster than PPIs, but Gupta said they aren't as effective. Common brand names include Pepcid and Zantac.

While the availability of these drugs has helped alleviate some symptoms associated with GERD, Gupta said it has also delayed patients from being referred to a specialist.

"There's usually a delay in seeking help," he said. "If (GERD) is causing regurgitation, lung damage or leading to other things, then that could be dangerous."

Uhl did everything she could to quell her symptoms.

She avoided eating spicy foods, sat down to the dinner table early and put bricks underneath her headboard to help her breathe better at night, but none of those measures kept the acid reflux at bay.

"It was like I wasn't able to swallow right because it just felt like it wouldn't go down," she said. "If I wanted to have a little drink or a snack after supper, it really hit me hard then. I tried to stay away from that after it got real severe."

Uhl experienced acid reflux on a nightly basis. Sometimes it would keep her awake until 2 or 3 in the morning.

"I was tired always the next day. It was really miserable for me," said Uhl, who first sought help from her family doctor, who prescribed PPIs.

While Gupta said PPIs effectively shutdown gastric acid production, he said they don't control the volume of non-acid reflux coming up, which can still cause aspiration and lung damage. Besides needing acid to digest food, Gupta said acid also allows the body to absorb iron, calcium and vitamin B12.

"Prolonged shutdown of the acid always leads to some deficiency of iron and calcium. In some people it can be severe enough, like it Debra's case, to cause anemia or brittle bones," Gupta said. "It doesn't have to come to this stage where they develop anemia or osteoporosis."

Uhl was referred to Gupta after she was admitted to the hospital for severe anemia due to PPI use. Gupta performed a number of tests, including an endoscopy, a nonsurgical procedure, to examine her digestive tract.

While she didn't have Barrett's esophagus -- damage to the lower part of the esophagus which is a precursor for esophageal cancer and an indication that surgery is needed -- Gupta did find acid reflux coming up into Uhl's chest. He thought her body would definitely benefit from surgery, allowing her to stop taking the PPIs that had caused her so much trouble.

In September 2015, he repaired her hiatal hernia and performed a Nissen wrap, taking her stomach and wrapping it around her esophagus to create a valve to prevent the acid from coming up.

Two or three days after surgery, Gupta said patients are able to consume pureed foods. They remain on that diet for two weeks, and then slowly progress to solid foods. Going forward, Gupta said patients need to adopt new eating habits to ensure food doesn't get stuck in the esophagus. He said they need to take small bites and chew their food well.

Today, Uhl is heartburn-free, and she sleeps without bricks underneath her headboard. She said she has no problem eating chicken or steak.

"Everything's gone down all right," she said. "I feel like I have my life back. It's amazing."

Acid reflux: the backward flow of stomach acid into the esophagus.

Heartburn: pain and pressure below the breastbone that occurs after eating and is caused by acid reflux.

Gastroesophageal Reflux Disease (GERD): a chronic form of acid reflux that causes inflammation in the esophagus.

Dakota Dunes woman fights for her future after MS diagnosis

SIOUX CITY | A month or two after her daughter Sara was born, Nikki Wetrich began losing her balance.

SIOUX CITY | Valerie Tallerico likens the ligaments in the ankle to a rubber band.

DAKOTA CITY, Neb. | When Traci Poston learned a Dakota City firefighter in his early 40s had died of a heart attack in the line of duty, she w…

Weighing the health benefits and risks of coffee

SIOUX CITY | Packing 728 milligrams of caffeine per 12 fluid-ounce cup, Death Wish Coffee might not be able to wake the dead, but it's sure to…

Do you ever wonder how healthy Thanksgiving turkey really is?

How to organize your kitchen for holiday cooking

How to organize your kitchen for holiday cooking

Survey: 1 In 2 adults still compete and argue with their siblings

Survey: 1 In 2 adults still compete and argue with their siblings

Aditya Gupta performed a Nissen wrap on Debra Uhl, of Schleswig, Iowa, in September 2015 in effort to cure her severe acid reflux. The procedure involves wrapping the upper part of the stomach around the lower end of the esophagus.

Aditya Gupta, a surgeon with Tri-State Specialists in Sioux City, said heartburn is among the top three causes of lifestyle impairment.

Debra Uhl, of Schleswig, Iowa, fell and broke both femur bones in her legs and three vertebrae in her back. She blames proton pump inhibitors, which she was taking to treat chronic acid reflux.