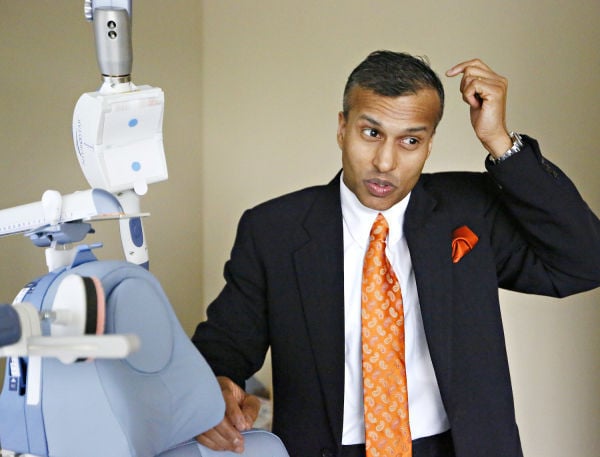 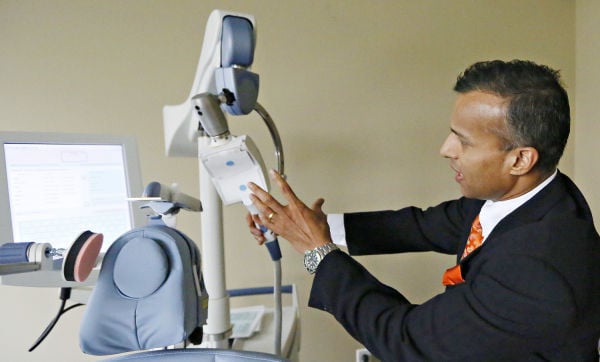 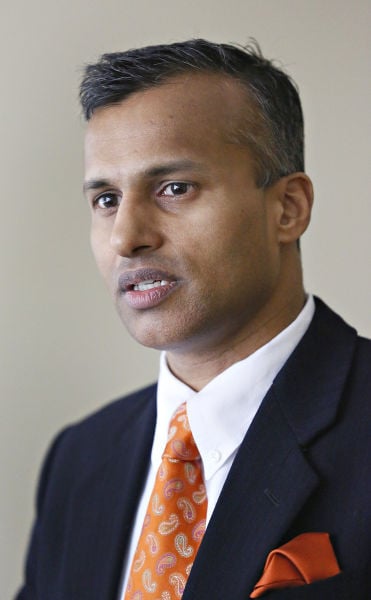 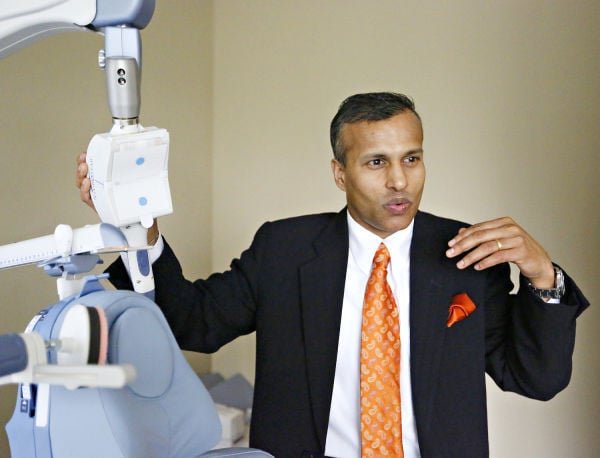 SIOUX CITY | Dr. Kunal Patra likens the feeling of magnetic pulses stimulating nerve cells in the brain to a woodpecker's beak tapping on your head.

"It works for people. Will it work for everybody? I'm sure, no," Patra said as he stood next to a computerized electromechanical instrument made in the United States that delivers NeuroStar TMS Therapy. "For a lot of people it might actually help them."

TMS, which uses highly focused magnetic pulses to stimulate an area of the brain that may be under active in patients suffering from depression, has been available on the east and west coasts since 2010. Patra said Midwestern cities such as Lincoln, Neb., have had the FDA-approved therapy since 2012.

He said he wanted to offer this treatment in his office in Sioux City so patients suffering from depression would have another option. Some of them, he said, have tried multiple antidepressants, which can cost up to $800 a month, without success. Patients with depression become candidates for TMS after failing a single antidepressant.

"Even with all the different antidepressants that are out there, with (electroconvulsive therapy) that's out there, we still do not have a 100 percent guarantee that our patients are going to do well," he said. "A lot of patients have side effect problems."

TMS has worked well for the two patients who have received it at Dean & Associates. After only a week of treatment, the man and woman showed improvements in mood on a rating scale, according to office manager Beth Wede.

"He just has never smiled or been happy before. He's just been a whole different person, he says," she said of the male patient.

The female patient's husband, she said, remarked that he has his wife back.

"When other people notice it, that's when you know that things are much better for those patients," she said.

NO NEED FOR SEDATION

Patients sit in the light blue leather treatment chair, made in Germany specifically for comfort, with their feet up. A small curved device containing a magnetic coil rests on their heads.

Brief magnetic pulses emitted by the therapy coil penetrate the skull and activate the neurons in the prefrontal cortex, the area of the brain responsible for mood regulation. Patients hear a loud clicking sound as they receive pulses for so many seconds depending on their brain structure. They get a few seconds rest before the pulses resume. Computer software, used to map the brain, determines the frequency at which the pulses should be received.

After a TMS treatment, which lasts anywhere from 37 to 50 minutes, patients might have a headache or experience skull tenderness, but unlike electroconvulsive therapy (ECT), which requires the patient to be put under anesthesia and can result in seizures, they can safely drive themselves around town or return to work.

"It's a fairly painless process. You don't need sedation. You don't need to be fasting for this process," Patra said. "You could be coming into my office having a candy bar. It's like you're going and sitting at a dentist's office."

Patients must receive TMS five days a week for four to six weeks. If they prematurely stop treatment, he said regression will occur.

The cost of TMS treatment, which isn't covered by most insurance companies, ranges from $10,000 to $12,000. Fifteen treatments of ECT cost $60,000, while patients taking antidepressants could spend several hundred or even several thousand dollars a year on their medications.

"Psychiatric illnesses are like diabetes. They cannot get cured," Patra said. "Once you find a treatment that works, you have to maintain them. I don't want people to think this is the miracle of everything, but it's a proven treatment similar to ECT and medications."

Scoliosis is a side-to-side curvature of the spine that can occur in about 1 in 300 children.

No such thing as harmless tobacco products

Dear Doctors: You've written about the harm to the body from using tobacco products, which has been very helpful. I am especially interested i…

The state recorded 6,137 new coronavirus cases in the week ending Friday, up from 5,202 the previous week, part of a surge in Northern states as cooler weather sends people indoors.