SIOUX CITY -- Growing up in a family with Spanish-speaking parents, Mayra Padilla sometimes felt a bit out of place at school.

"I spoke mostly Spanish at home because that's what my parents spoke," she explained. "At school, it was the opposite because classes were taught entirely in English."

However, Padilla remains an advocate for bilingual education.

In partnership with Boston College and its Two-Way Immersion Network for Catholic Schools, the Dual Language Academy will give preschool and kindergarten students a chance to be taught by bilingual teachers.

"Unlike other bilingual schools which offer a 50/50 percent ratio between English and Spanish language-taught classes, our Dual Language Academy will be taught in Spanish up to 80-90 percent of the time," Kate Connealy, a principal at Sacred Heart School, said. "That makes the academy a totally immersed Spanish-speaking school."

Welcoming students to enroll from the tri-state area, Dual Language Academy classes will be taught at Heelan's CYO Center, 1102 Grandview Blvd., with plans to expand at the Epiphany Center.

"I will be teaching my preschool classes in Spanish about 90 percent of the time," said Padilla, a graduate of West High School and Briar Cliff University. "The only times English will be used is during recess and during breaks."

Similarly, kindergarten classes will be taught by Antonia Maria Carrenos, a native of Spain, with instruction given in Spanish around 80 percent of the time.

"By the time this year's students graduate to the third grade, class instruction will be split to 50 percent Spanish and 50 percent English," Padilla said.

This is important, Conneally said, since kids are more likely to retain language if exposed to it at a very early age.

"Being able to teach a 4-, 5- or 6-year-old how to read in two different languages is amazing," she continued. "That's when their young brains are most receptive."

"Research shows that students who know two languages are more likely to have stronger academic success, retain focus and adjust better to change," she explained. "It give kids a chance to think in a very unique way."

"We want to give all of our students a more stimulating school experience plus we want to set them on the right course for the future," she added. "A bilingual student will have many more opportunities when it comes to college as well as landing important jobs after they graduate."

Padilla will be happy if her preschool students become both bilingual -- able to speak in English and Spanish -- as well as biliterate -- able to write, read and learn in both languages.

"I've been bilingual practically from birth, so I know firsthand how valuable it can be," she said with a smile. "I've had the best of both worlds."

"These students are able to communicate with a greater range of people, become more culturally aware and experience future employment advantages," she said. "Who knows? Once a child becomes bilingual, it will also be easier to become trilingual."

A new way to learn

Opening at the start of the 2019-2020 school year, this program -- in partnership with Boston College's Two-Way Immersion Network for Catholic Schools -- will give preschoolers and kindergartners a chance to learn in both Spanish and English.

SIOUX CITY -- Even though she was only four years old at the time, Clarissa Maldonado still remembers the day her mom, Sandy, suffered a strok…

NORTH SIOUX CITY -- Inside a rehearsal space at the 5678! Dance Studio on Monday night, instructor Haley Hutton put a group of younger student…

SOUTH SIOUX CITY -- Hear ye, hear ye, read all about it! Some of these newsboys look suspiciously like newsgirls!

SIOUX CITY -- From about May through October for the past seven years, Mark Novak has gotten to be the curator of a very unique piece of history.

"The program allows students to develop their natural curiosity, engage themselves in figuring out complex problems while exploring ideas and issues that have that both local and global significance," a school administrator said.

Four teachers in the statewide program are working in Irving's dual-language classes. "Irving is very unique in that I will teach my class in Spanish in the morning while another teacher will teach her classes in English in the afternoon," one teacher said.

"About half of our choir is made up of music educators," music director John Flanery said. The other half? "Elementary school teachers, dentists, attorneys or anybody with a passion for music." 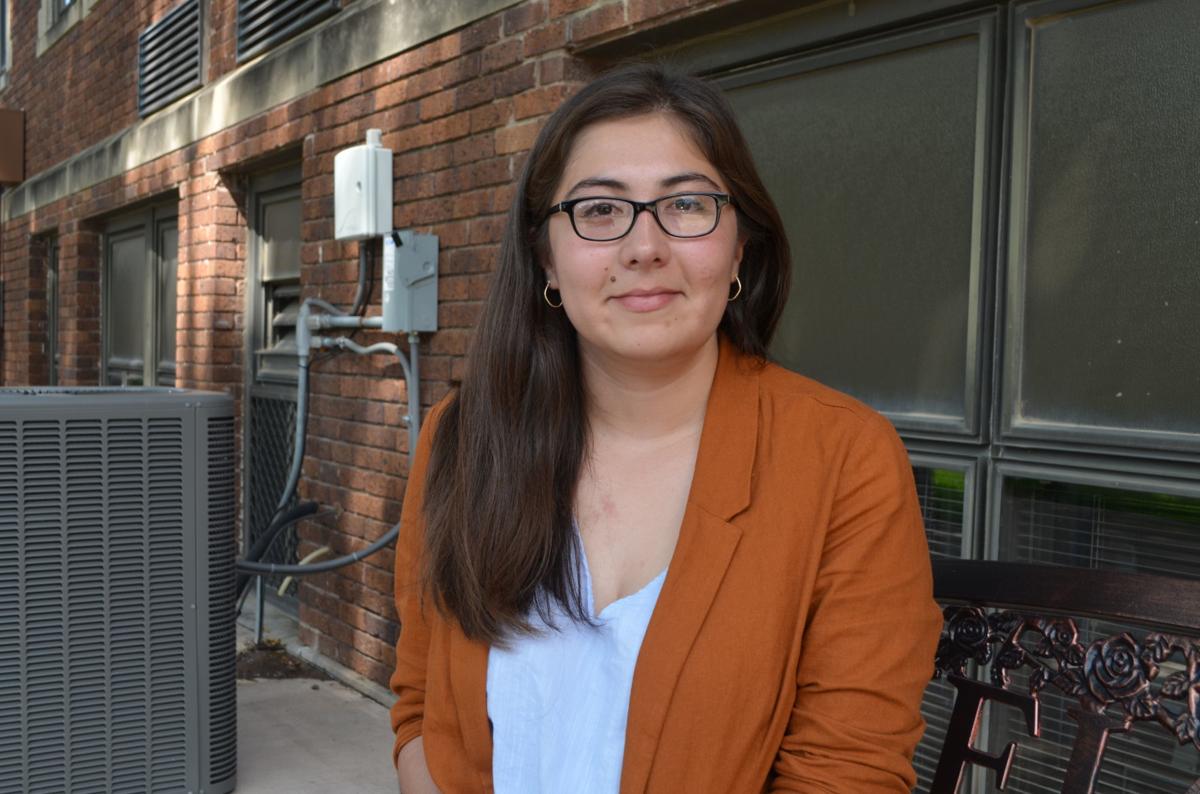 A Sioux City native who graduated from West High School and Briar Cliff University, Mayra Padilla said a bilingual education has been a blessing. She will be teaching preschool with a 90 percent Spanish curriculum at Bishop Heelan Catholic Schools' new Dual Language Academy this fall. 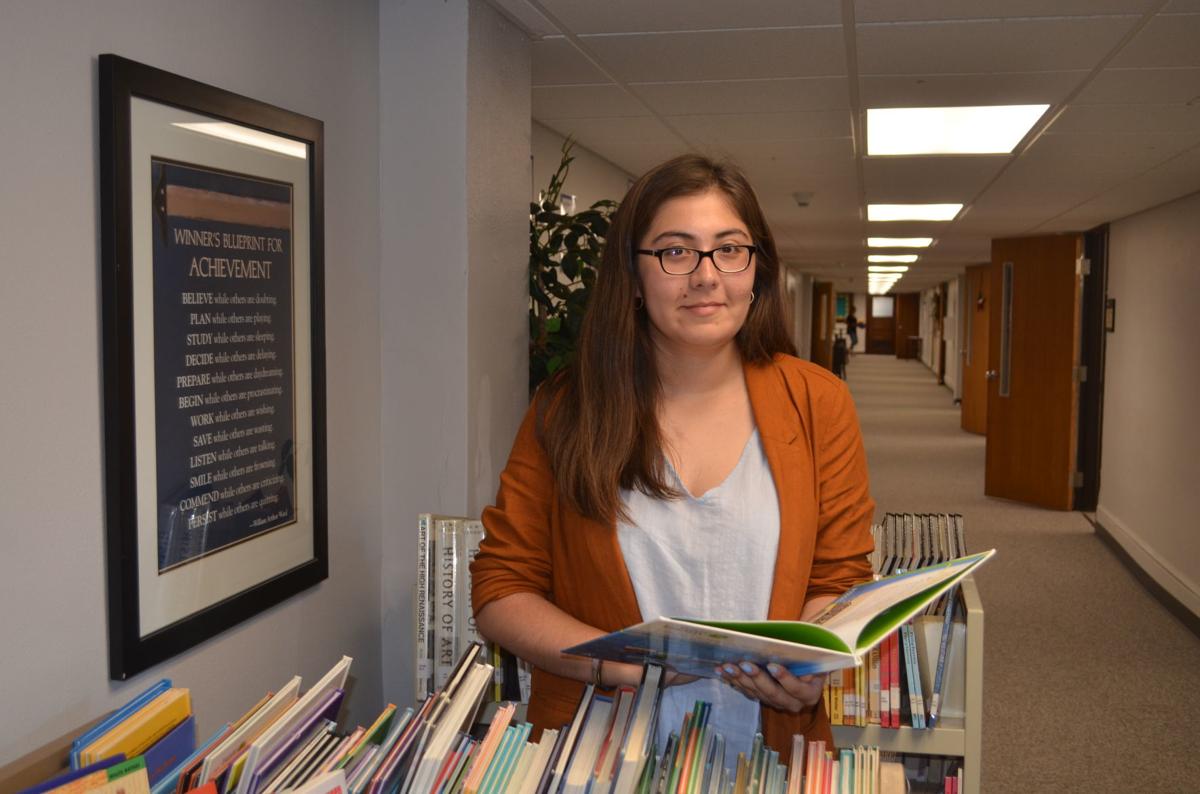 Growing up with parents who spoke very little English, Mayra Padilla became bilingual at an early age. As the preschool teacher for the soon-to-be-open Bishop Heelan Catholic Schools Dual Language Academy, she is excited about teaching young learners to become both bilingual and biliterate in English and Spanish.