Some days, the 34-year-old Sioux City woman struggles to get out of bed, open the window shades and walk out her front door. Other days, her mind races and she has difficulty staying on task.

Thompson, who says she has also been diagnosed with anxiety disorders and borderline personality disorder, went four years without being hospitalized. Then, in January, Thompson was staying awake for 35 hours straight, hardly eating and having thoughts of harming others for the first time in her life.

"I asked for help. I recognized my symptoms," says Thompson, who was admitted to UnityPoint Health -- St. Luke's behavioral health unit, where she spent 16 days. "Instead of just being mad at people, the fact that I actually wanted to hurt somebody, that scared me."

St. Luke's temporarily closed its behavioral health unit from Nov. 19 to Dec. 5 to make it ligature "free" or "resistant." Bathrooms were renovated, ceilings were replaced, and the unit's community room was relocated closer to the nurses station. The Sioux City hospital's unit also now boasts a small library, and staff have plans to create an exercise room where patients can burn off energy.

"If there's something that we can do to make it less stigmatizing, I think we're trying to do that," says Tammie Peterson, behavioral health manager at St. Luke's. "Yes, we have to follow the rules, but we're not a prison. We're here to help. We're here to keep you safe."

Thompson was pleasantly surprised by the changes, especially the addition of chalkboard walls in the patient rooms, which she calls "totally awesome." She drew a personal mural with colored chalk, with blades of grass depicting her racing thoughts. The drawing also included a house, tree, birds, flowers, clouds and butterflies. Thompson says she would've drawn the sun too, if she could've reached high enough.

"I'm very creative and I do lots of arts and crafts at home, so when I came and I saw the new remodel, it was very, very exciting to me," she says. "I loved it."

After the Centers for Medicare & Medicaid Services (CMS) issued guidelines in December 2017 to promote a ligature "free" environment in psychiatric hospitals and acute-care hospitals' psychiatric units, St. Luke's set out to upgrade its behavioral health unit to improve safety for both patients and staff.

"Most facilities are not able to classify their facility in that way, so we immediately started discussions on what it would take make our program ligature-free," says Megan Simpson, director of behavioral health services for St. Luke's. "That was going to take some massive renovations and some reprogramming."

Simpson says bathrooms are among the most dangerous places in psychiatric units. The patient rooms at St. Luke's now have removable padded bathroom doors with forest and beach scenes, that Simpson says some patients are using as yoga mats. The nature prints provide color in an otherwise stark setting.

"We can see above and below, which is a major safety feature. We can see feet and we can see heads if we need to," Simpson says. "If we have to abruptly get in, we just move the door. You're not banging on (doors) and scaring people further."

Grab bars, towel dispensers and toilet paper holders are flush-mounted to walls. Faucets are also ligature-resistant, while shower curtains are held up with Velcro. New furnishings, including beds, chairs and desks, are bolted to the floors so they can't be used as a barricade or a weapon. In total, Simpson said there are 3,000-some tamper-proof screws on the unit.

In the spacious community room, which was formerly used as a patient room, behavioral health-certified tables are filled with 100 pounds of sand and durable, one-piece chairs, which can be rearranged and easily wiped down. A flat-screen TV mounted on the wall is encased in a special enclosure that is ligature-resistant and shatterproof.

"I still have a night every now and then where I don't sleep very much, but with medicine changes and coming to outpatient and talking to the people here, I'm able to deal with it better," she says. "Don't be scared of coming to a hospital."

SIOUX CITY -- "Are you having thoughts of hurting yourself?"

SIOUX CITY -- You don't have to scroll far through the comments of a social media post to find name-calling, personal attacks, dismissive stat…

STORM LAKE, Iowa -- A labor of love encompassing 3.5 years, thousands of miles in travel, and dozens of students comes to fruition as Buena Vi…

FROM THE WEEKEND: Sidelined -- Siouxland physician gives tips to stave off, recover from spring sports injuries

SERGEANT BLUFF -- With the start of the spring sports season just around the corner, Dr. Jason Losee expects to see the number of young athlet…

CHEROKEE, Iowa -- The Board of Directors at Cherokee Regional Medical Center and UnityPoint Health have announced the appointment of Gary W. J…

SIOUX CITY -- In an effort to meet a growing need in the community and beyond for mental health practitioners, Briar Cliff University announce…

SIOUX CITY -- Patients who may have lung cancer, lymphoma or an infectious disease that affects the lungs no longer need to travel outside of …

SIOUX CITY -- With financial and logistical details hammered out, Siouxland officials say a smooth path from one agency region to another assu…

SIOUX CITY -- About four years ago, after enrolling her daughter, Amariana, in Project Austin, Reyna Anderson remembers sitting in the auditor…

A Sanford executive laid blame with UnityPoint, saying in a statement, "we are disappointed that the UnityPoint Health board failed to embrace the vision." The merged company would have seen as much as $11 billion in operating revenue. 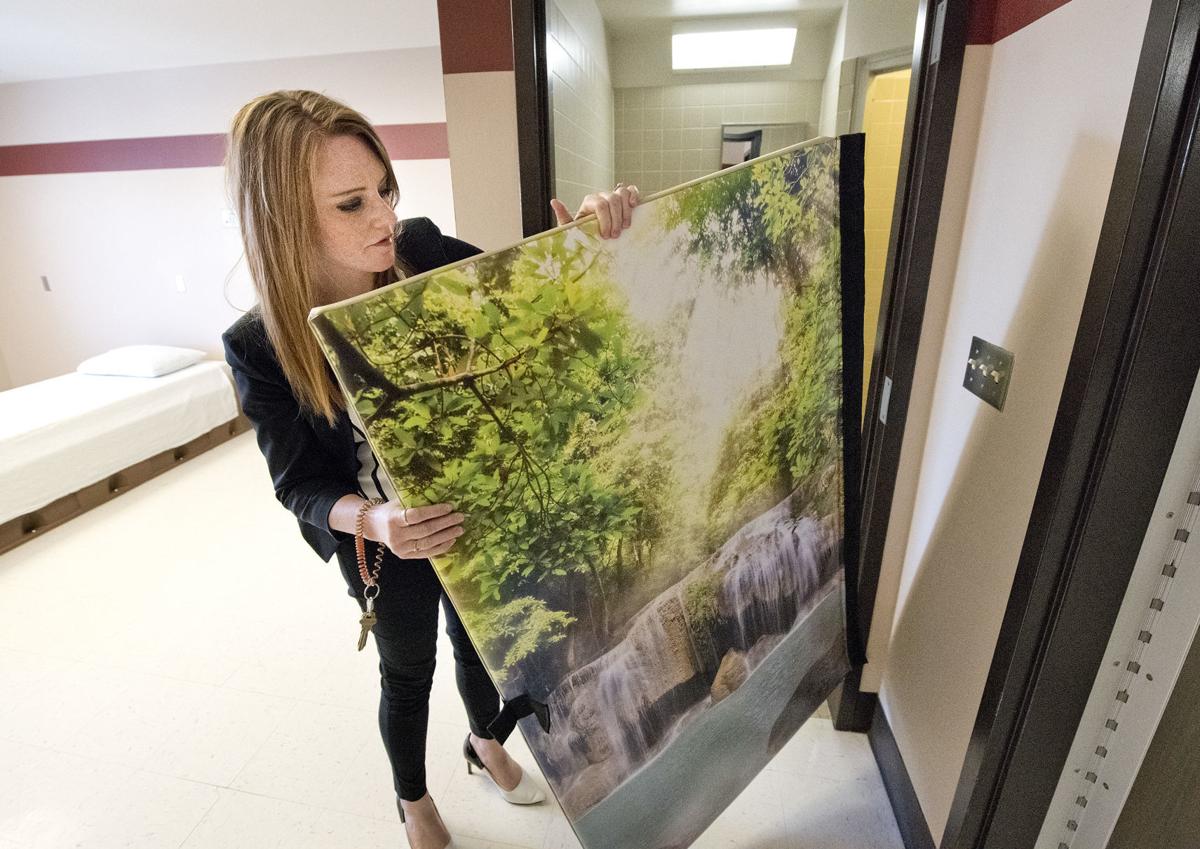 Megan Simpson, director of behavioral health services, demonstrates how a padded bathroom "door" can be totally removed at UnityPoint Health -- St. Luke's. The behavioral health unit at the Sioux City hospital has been recently remodeled in an effort to mitigate safety hazards for patients. Simpson said some of the unit's inpatients use the door as a yoga mat. 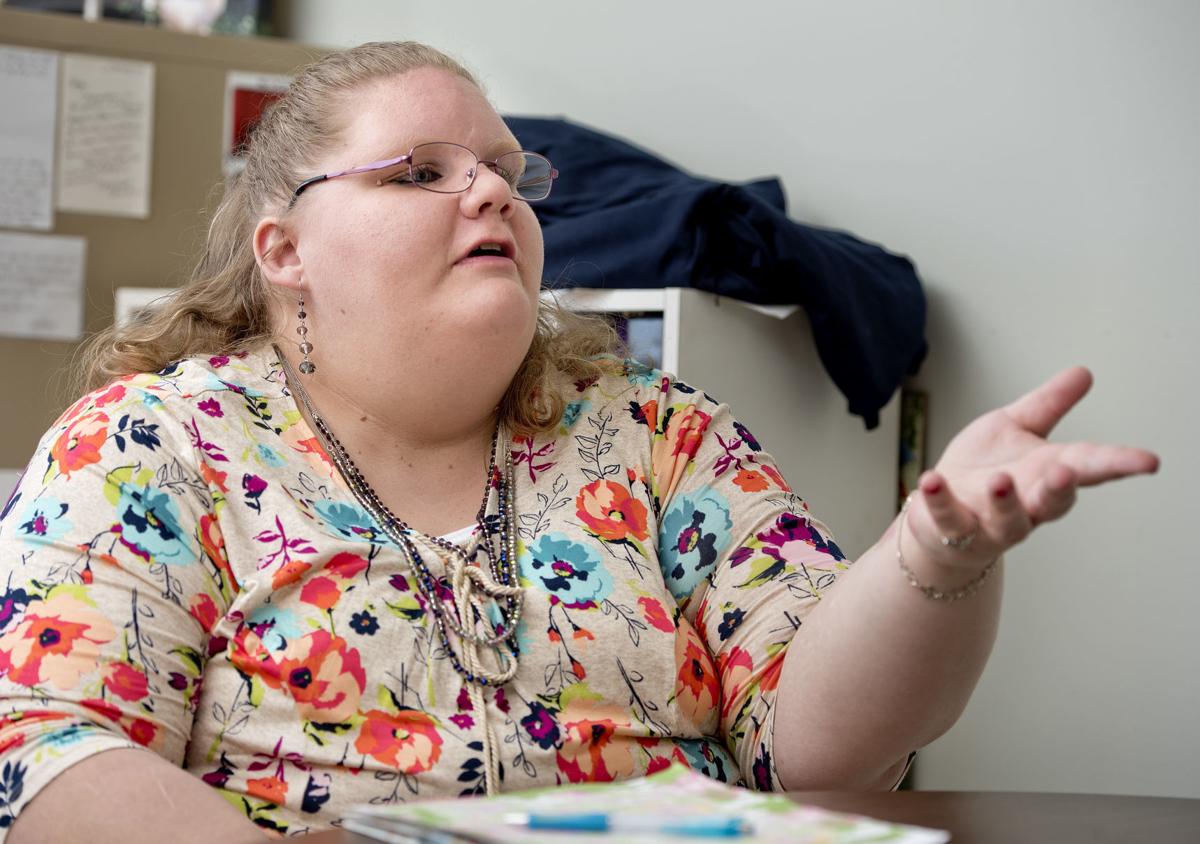 Katie Thompson, 34, of Sioux City, talks about her struggles with mental health during an interview at UnityPoint Health -- St. Luke's. 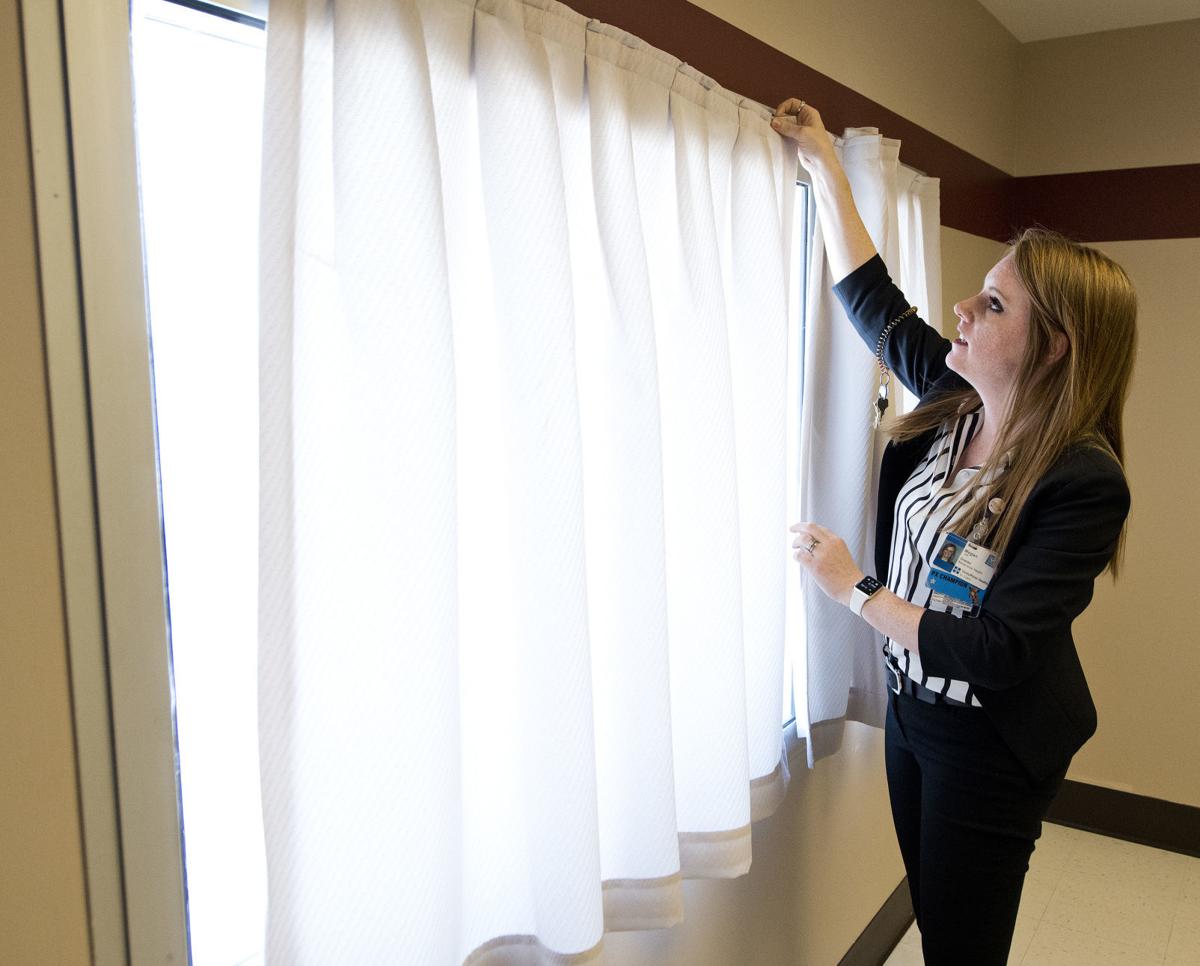 Megan Simpson, director of behavioral health services, pulls back curtains in an inpatient room at UnityPoint Health -- St. Luke's. The behavioral health unit at the Sioux City hospital has been recently remodeled in an effort to mitigate safety hazards for patients. The changes include curtains that attach using strips of hook and loop fasteners.