SIOUX CITY -- A red, white and blue bumper sticker emblazoned with "Alan Keyes 2000," a golden yellow sign autographed by former Louisiana Gov. Bobby Jindal and a 2008 purple rubber bracelet personalized with the words "I agree with Joe Biden" are among the mementos donated to the Sioux City Public Museum that spark memories of presidential elections and Iowa caucuses past.

"There are a lot of people who start off campaigning for president who don't get a nomination and who don't become president," Archives Manager Tom Munson said as he sat at a table scattered with campaign memorabilia less than a month away from the 2020 Iowa Democratic caucuses. "For Democrats, 43 percent of the people who win the Iowa caucus become president; and for Republicans, it's 50 percent. That's not terrible, when you consider this election cycle, when the Democrats started out with 16 candidates."

A Sioux City Journal photograph taken on caucus night at North High School hearkens back to the 1992 presidential election, when Iowa failed to predict the Democratic nominee.

"That's one that Iowa got very wrong on who they were going to pick," Munson said. "It leaned 76 percent toward Tom Harkin, the senator who was running for president that year. Bill Clinton, who was the nominee that year, got 3 percent of Iowa."

The modern Iowa caucuses' roots are in the 1968 National Democratic Convention, during which Vice President Hubert Humphrey and Sen. Edmund Muskie of Maine were nominated for president and vice president. The museum received a small white "Humphrey" button from a donor that has two blue adjoining H's decorated with tiny white stars.

After the convention in Chicago, which was marred by protests and riots, party officials sought to make the nomination process more transparent. The new rules they put in place changed the party's presidential nominating process and launched Iowa's first Democratic caucuses in 1972. The state's first Republican caucuses were held four years later.

Munson said the idea of a caucus is far more democratic than anonymous party leaders sending delegates to choose a nominee.

"It is people living within a precinct meeting together to determine who they are likely to vote for and thereby sending those delegates onto the state conventions, as opposed to the nomination cycle prior to that, which was really just the parties deciding who the delegates are who get to choose who the nominee is," Munson explained.

Aside from Sioux City Journal photographs, including one from the first Republican caucuses held in Iowa in 1976, the Sioux City Public Museum's memorabilia involving this actual "gathering of neighbors" is sparse. Some campaign buttons that Munson pulled feature outlines of the state. A few campaign signs directly reference Iowa, including a 2016 Bernie Sanders sign that states, "I Stand With Iowans Not With Big Corporations."

So, what should you save from this year's caucuses? Munson said you can pitch those political mailings in the trash. But, if you're a precinct captain, be sure to save your badge.

"Save things that are unique or at least rare. How many Bill Richardson stickers were there? There were a lot. But a sign like this is more rare," he said, motioning to the Sanders sign. "If you are indeed managing a precinct and you've got the signs while they're actually caucusing -- this is Bernie's group, this is Yang, this is Steyer -- that would be really cool."

Do you have a caucus-related item to donate to the Sioux City Public Museum?

Donations are accepted at the Research Center from 1 to 5 p.m. Wednesday through Friday or at the museum's front desk during normal hours of operation. If the item is large and you need help carrying it, contact the museum first at 712-279-6174.

School in Sioux City didn't begin with a building. It began with a teacher: 19-year-old Mary Wilkins, who arrived aboard the steamboat Omaha in April 1857. Here, she lived with a married couple she met on the boat and earned $50 a month, a salary funded by donations from Sioux City businessmen.

SIOUX CITY -- The Sioux City area chapter of the National Organization for Women (NOW) will be hosting a Women Celebrating Women event on Sunday.

Poll finds Iowa Democrats like their choices, but Biden leads the pack

Biden’s lead has shrunk from the first Focus on Rural Iowa poll in September 2018, when he had the support of 37 percent of the sample, to 29 percent now.

The first influx of black residents came to Sioux City in the 1870s and 1880s, some emancipated former slaves. Sioux City itself was a relatively new town, having been founded in 1857, and blacks joined the melting pot of European immigrants.

The poster exhibition from the Smithsonian Institution honors Dr. Martin Luther King Jr.'s final and most ambitious vision that each U.S. citizen have equal access to economic opportunities and the American dream. 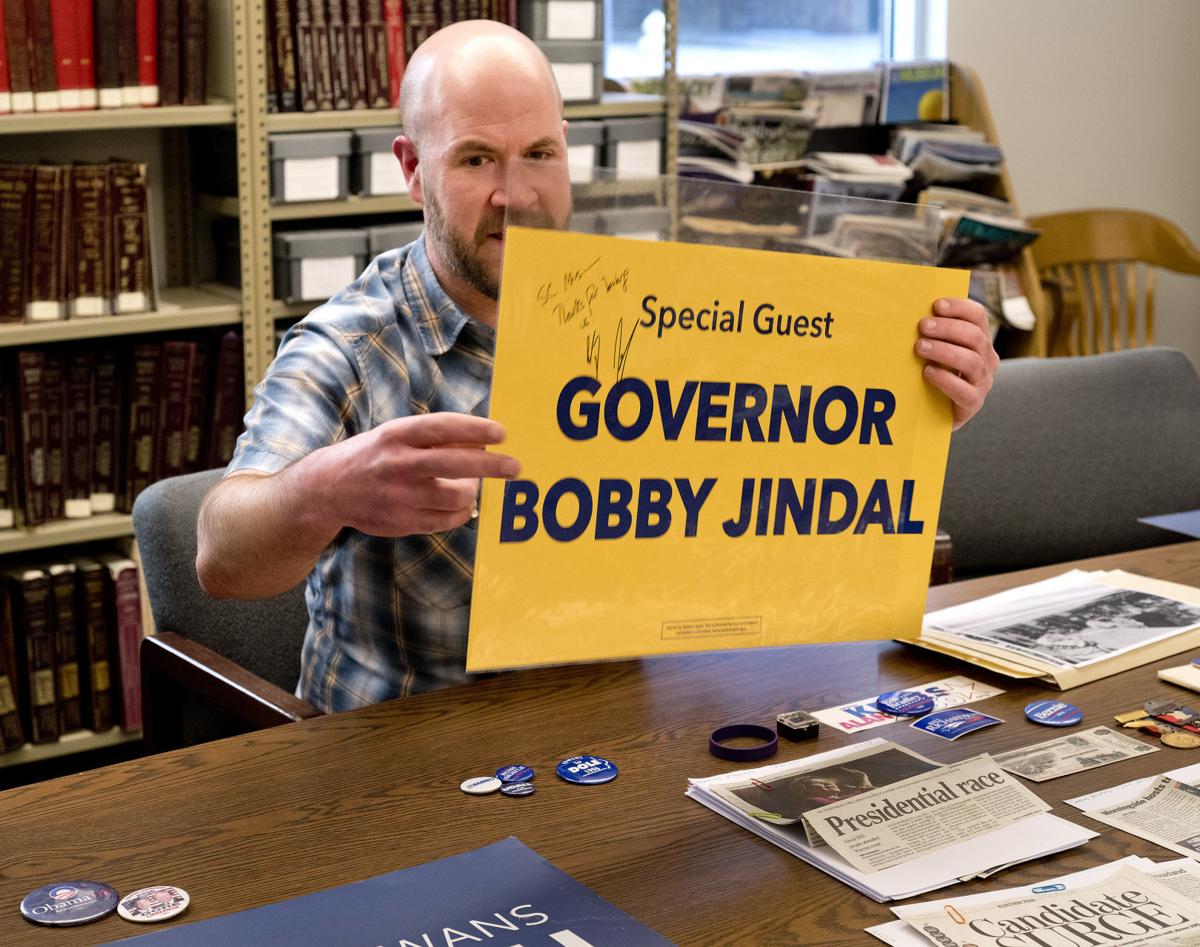 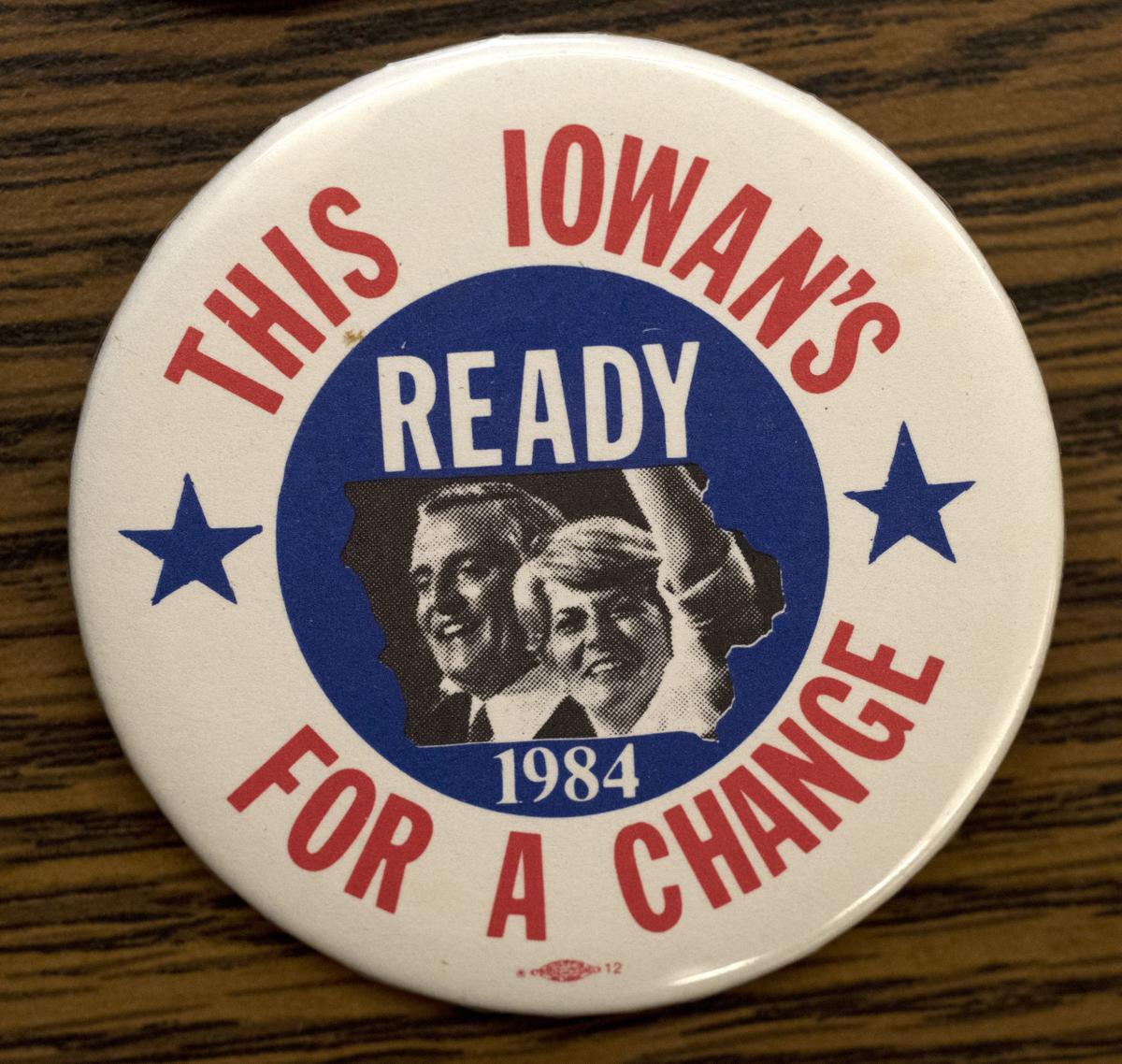 A Walter Mondale and Geraldine Ferraro campaign button from their 1984 presidential campaign is shown Tuesday at the Sioux City Public Museum. 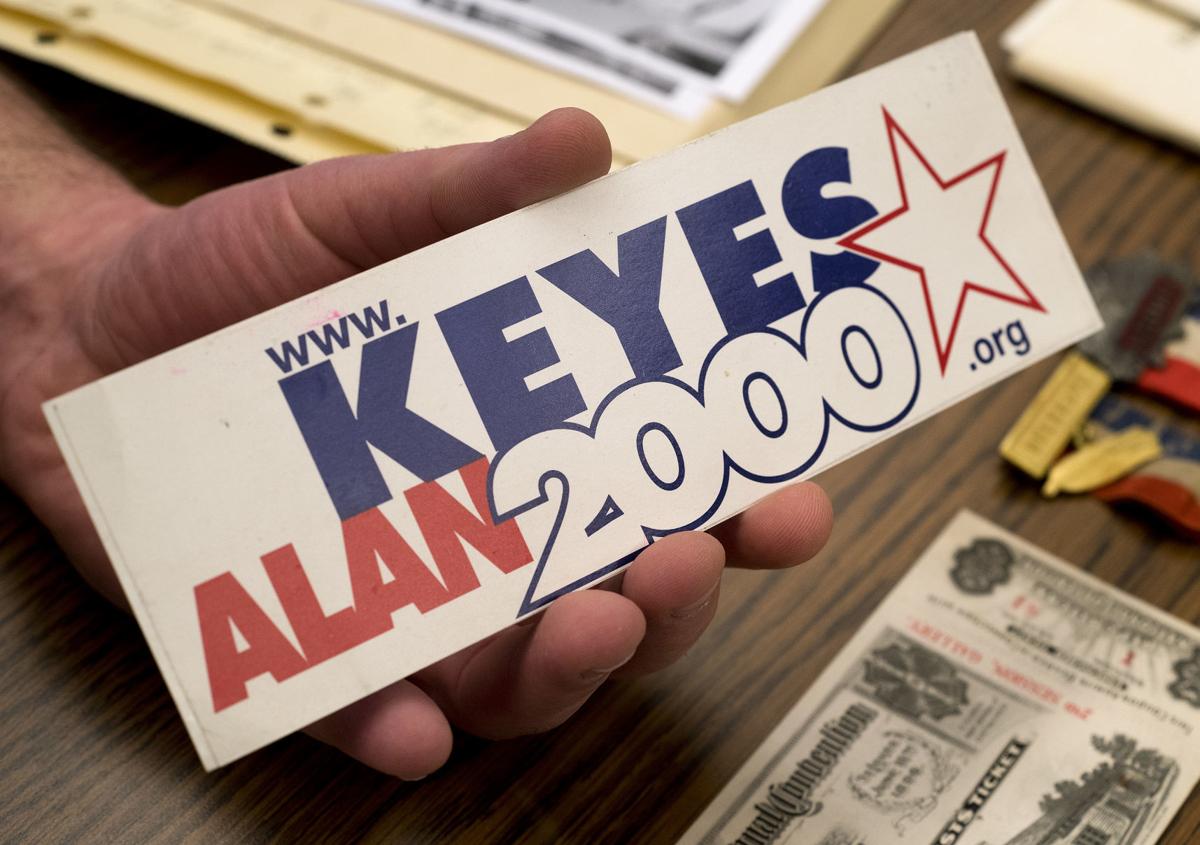 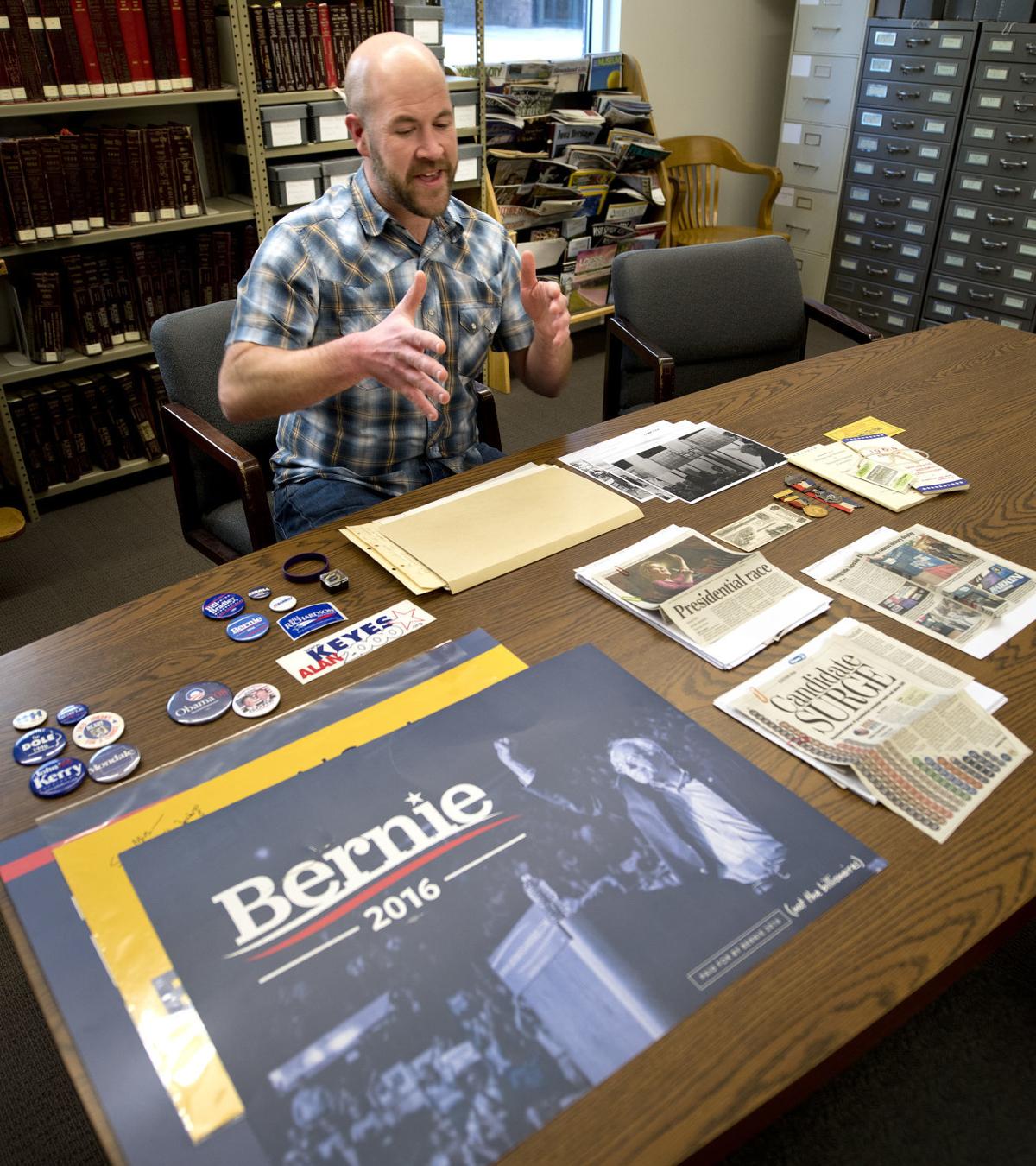 Tom Munson, Sioux City Public Museum archives manager, speaks behind a display of political memorabilia Tuesday at the museum. The museum maintains a collection of campaign memorabilia from the Iowa presidential caucuses. 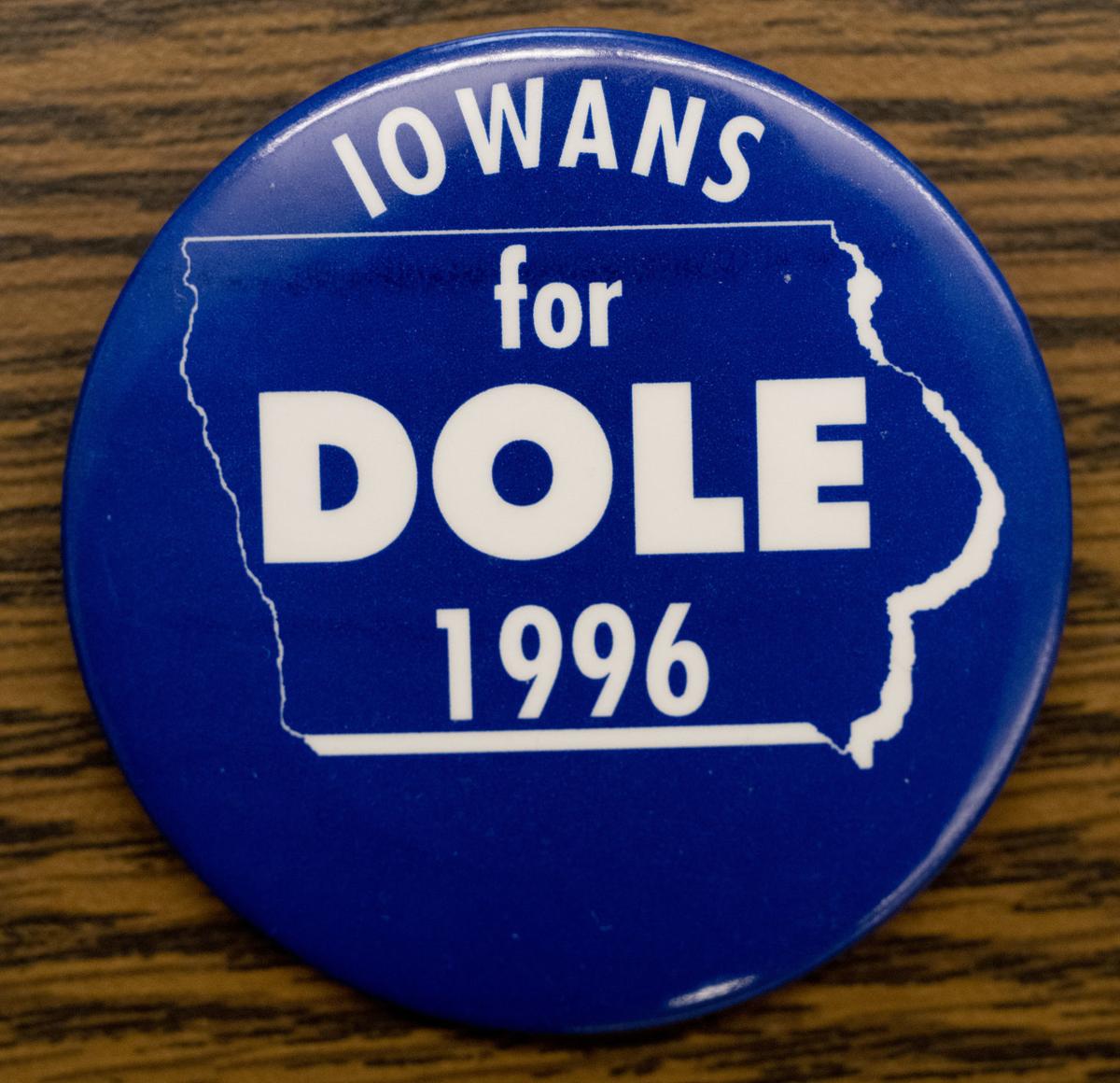 A Robert Dole campaign button from the 1996 Iowa caucuses is shown Tuesday at the Sioux City Public Museum.