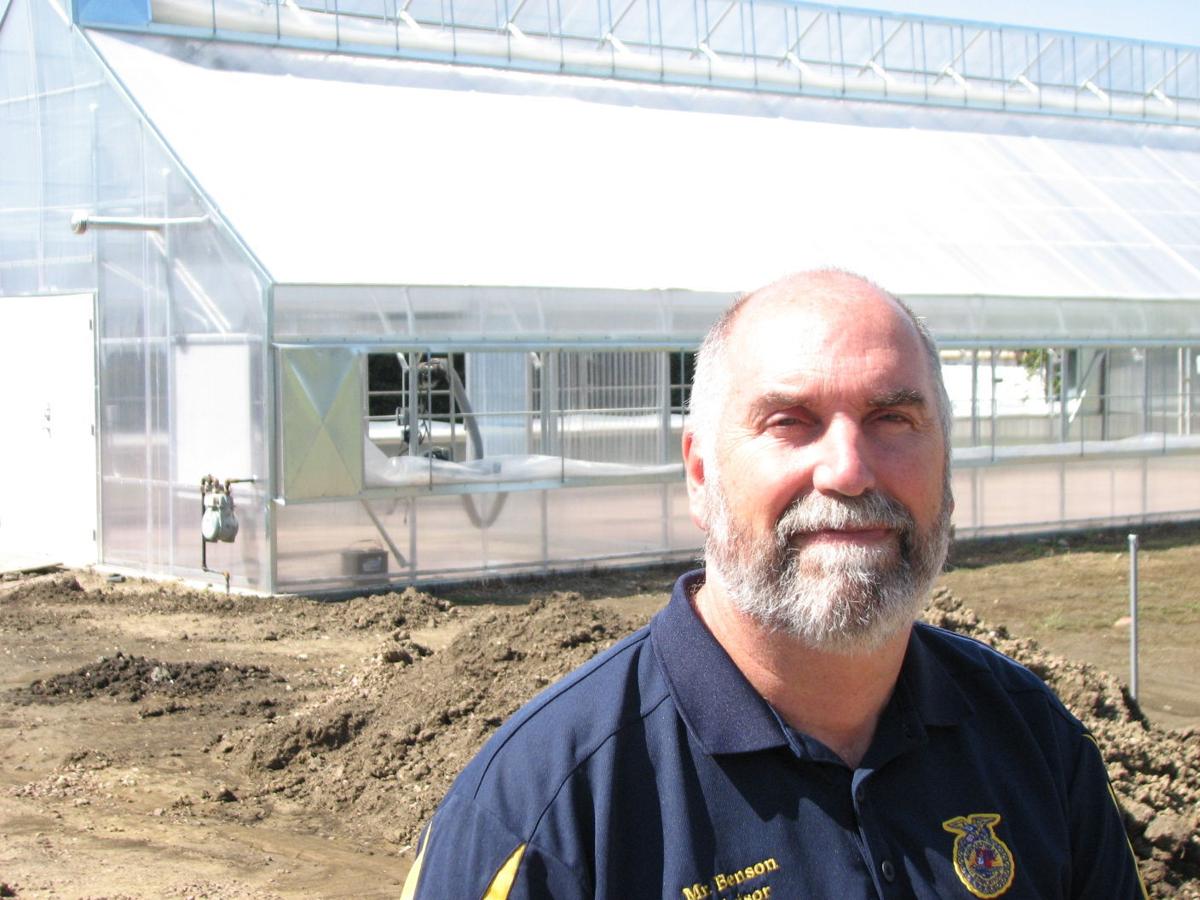 Adviser Dennis Benson is shown near the new greenhouse built by and for the Unity Christian FFA Chapter at Unity Christian High School in Orange City, Iowa. The 2-year-old unit continues a recent trend of increasing participation in FFA programs across Iowa. Benson took early retirement after piloting the FFA program in Mapleton, Iowa, for the past 35 years. 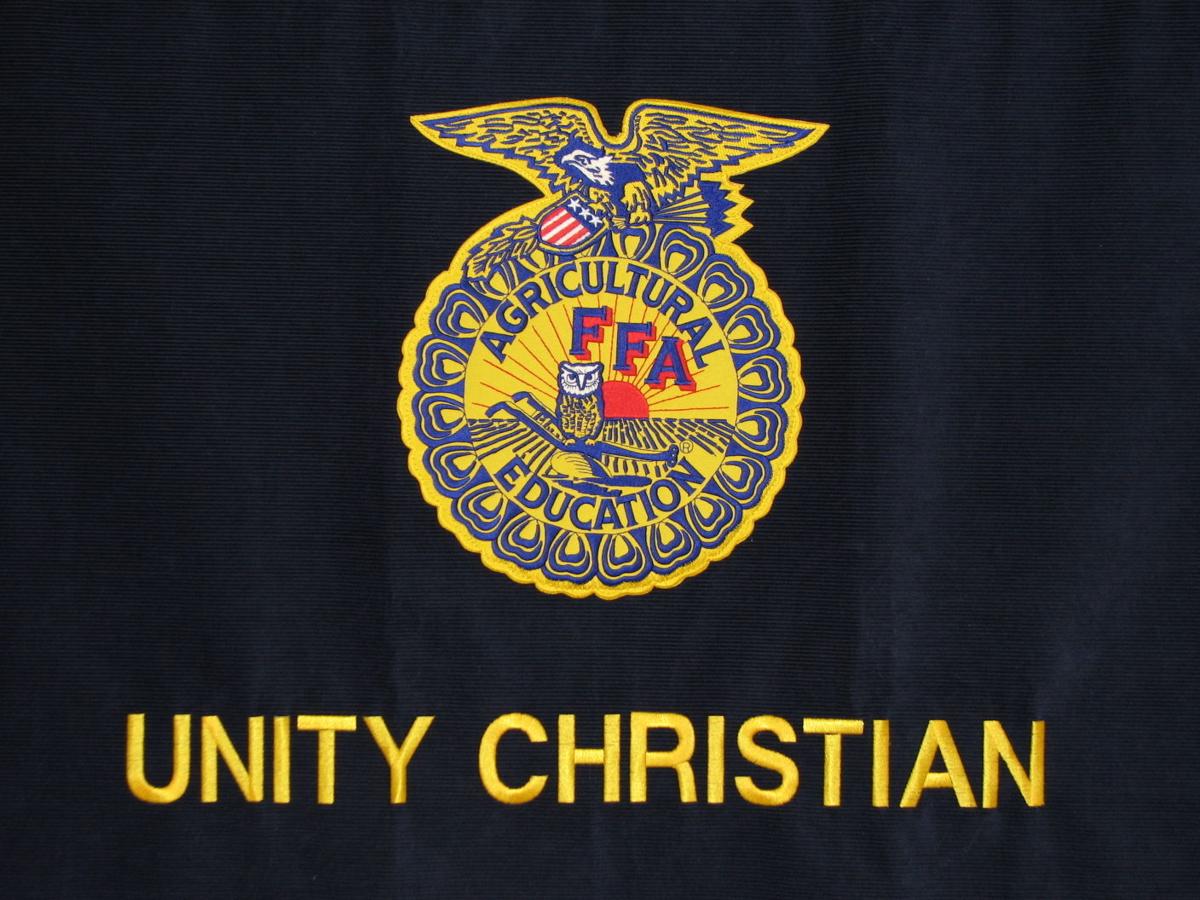 The FFA symbol now has a home at Unity Christian High School. 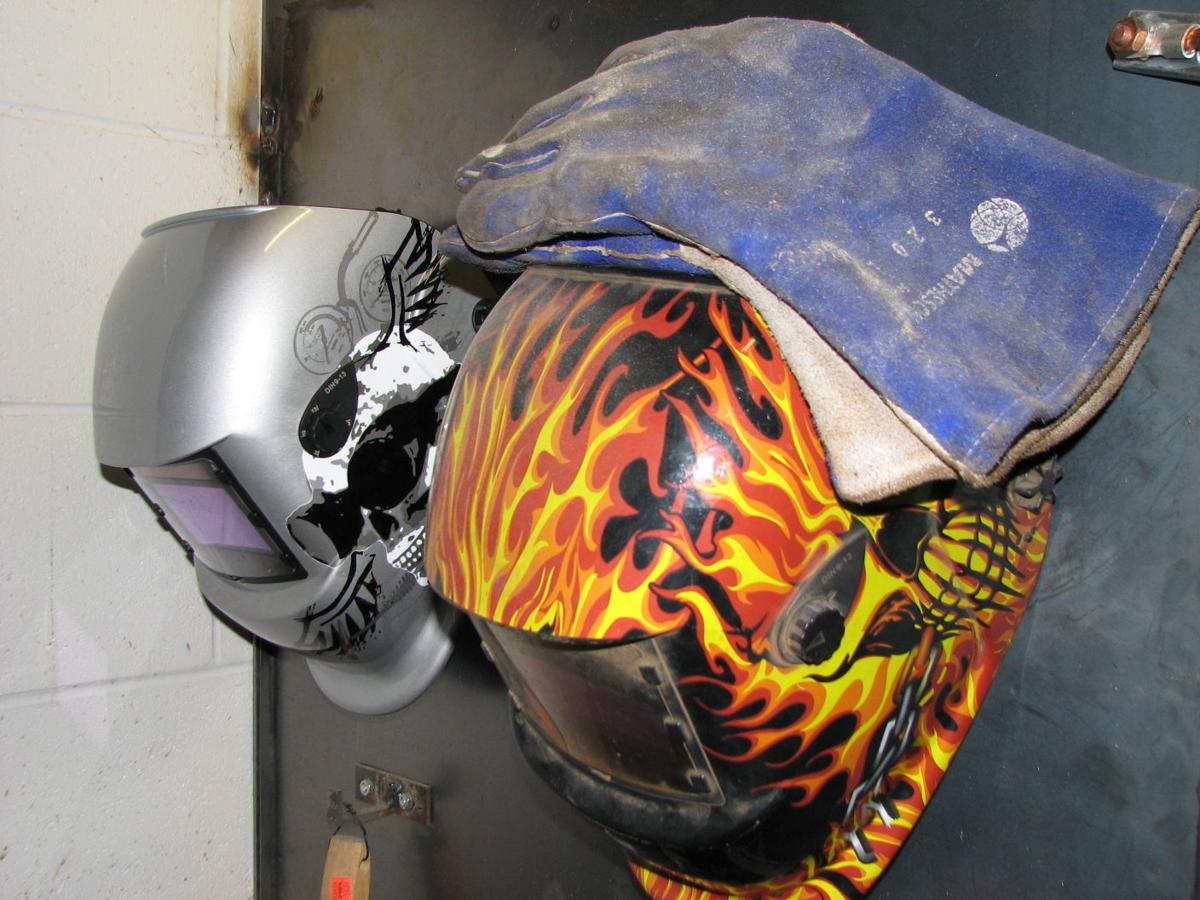 Welding gloves hang on a helmet in the small welding wing that's part of the FFA shop at Unity Christian High School in Orange City, Iowa. The shop transformed an old storage area into a work area used by 73 FFA participants this fall. 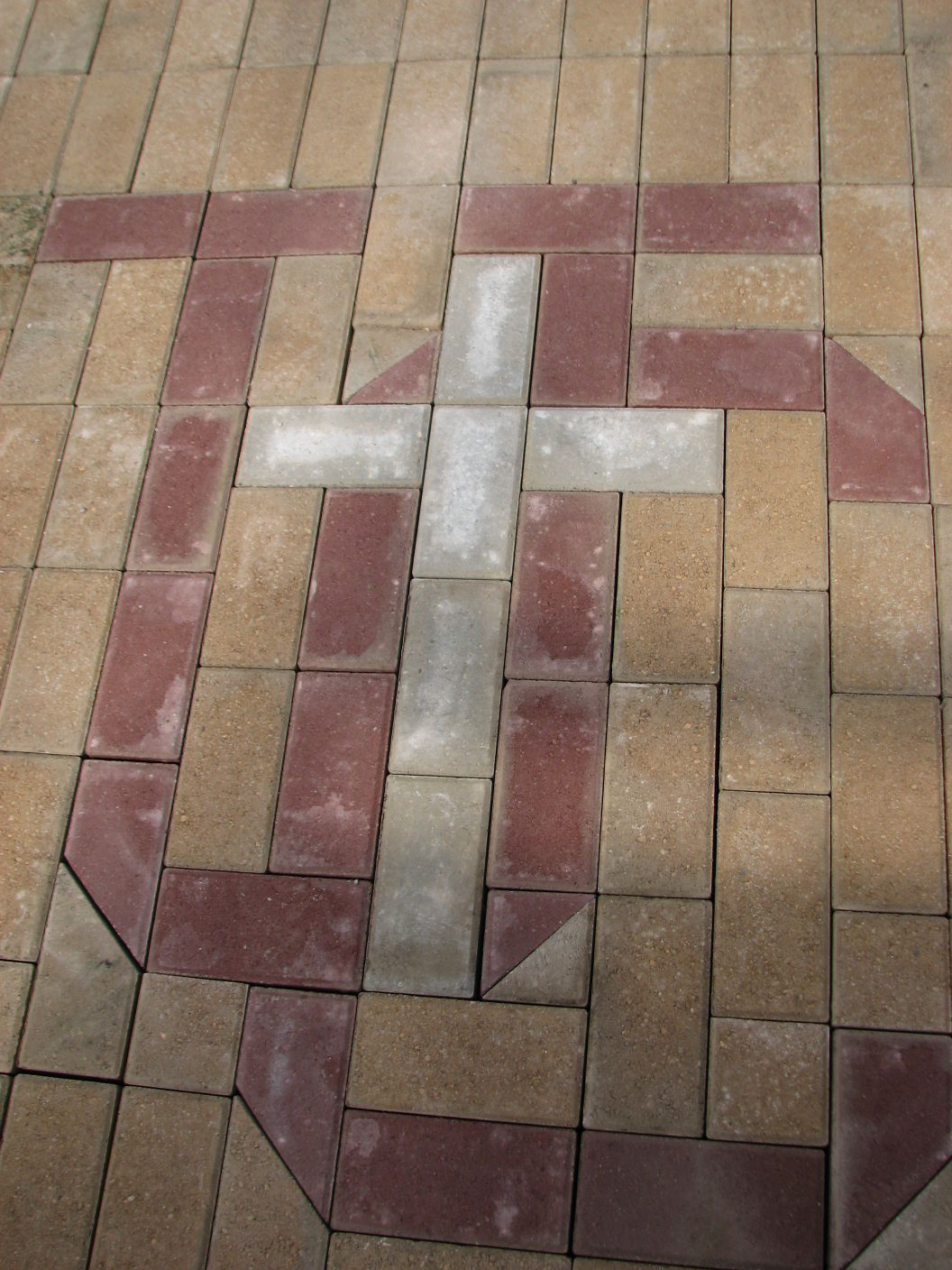 Iowa's FFA chapters had seen enrollment and chapters plummet since a previous peak of 14,204 members in 1978, pre-Farm Crisis.

The recent spike in membership is telling, an illustration of how FFA has branched out, mirroring the ag sector and an ever-increasing world of ag-related fields and careers.

The increase is easy to see at Unity Christian High School in Orange City, where veteran teacher Dennis Benson commands an FFA chapter through its second year.

"We started last year and had 93 students taking part in grades 9-12," Benson says.

How he came to Unity Christian is both opportunistic and fortuitous, for both his family and the Unity Christian family. After all, the 35-year FFA educator wasn't looking to leave his position at MVAO High School in Mapleton, Iowa.

"I think it was a Christian thing that happened," Benson says.

Through the years, Dennis Benson worked with Mike Schouten, of Dordt College in Sioux Center, Iowa, on a variety of FFA endeavors. Schouten often visited the high school in Mapleton to lend his expertise in the classroom while trumpeting the wonders of Dordt's various ag-related academic programs.

Schouten would also see Benson from time to time when Unity, where his children went to school, faced Benson and his Rams on the volleyball court. Benson coached volleyball and golf at MVAO.

"I was coaching golf one day (in the spring of 2012) for MVAO and we played at Landsmeer in Orange City," Benson says. "I rode in a golf cart that day with Terry Schouten, who is the athletic director at Unity, and also Mike's brother. Terry told me that Unity was maybe going to start an ag program."

Benson's reaction? "I told Terry they should."

Then, one day in November 2013, Benson looked on an Iowa FFA website, a gathering point for FFA advisers. He noticed a news item about Unity Christian starting an FFA chapter.

"I saw they were starting a program, and then I heard they had trouble getting applicants for the job," Benson says.

Benson also learned that a Moms in Prayer group at Unity convened in February 2014. Members prayed for a resolution to their FFA faculty position, which, at that point, remained vacant.

"The following day, the MVAO school board, for the first time in many years, approved an early-retirement package," Benson says. "Early retirement wasn't at all on my radar."

Benson learned he qualified for the early-retirement offering. He sat on the information for one day before calling Mike Schouten to see if Unity had filled its FFA post. The school hadn't.

Two days later, Benson and wife, Laurie Benson, drove to Orange City to tour the school and learn about the FFA vision at Unity, a private school. The parties reached an agreement in principle that day.

"It was basically a done deal," the veteran teacher says. "I really felt like I was called to come here."

The arrangement benefited all fronts: MVAO retired Benson and hired one of his former students, Jon Wimmer, at a lower salary. The Bensons' son, Josh Benson, began living on his own at the family home near Danbury, Iowa. Dennis Benson relocated to Orange City and was joined after the first school year by Laurie, who now works in the kitchen at Unity Christian.

The Bensons' daughter, Rebekah Benson, a 2013 graduate of Dordt College, now resides with her parents in Orange City, where she works.

There's been no shortage of work at Unity Christian, either. Benson and his students worked with the Unity staff to transform an old storage area into a new shop, one with a small welding wing and various work stations.

"I stopped at a business in Orange City and asked about some tools," Benson said with a laugh. "I ended up getting a bunch of tools donated to us. When I said that wasn't the reason I stopped, the business owner said, 'You don't know how long I've been waiting for Unity to start an FFA program!'"

Industry leaders are anxious to work with FFA participants, as many might one day soon populate the workforce and the leadership ranks of those entities.

"I love the hands-on stuff," says Unity sophomore John Westra, an FFA member. "I've been raised on a dairy farm and that's what I want to go into."

"I didn't really know what to expect in FFA," says Jenna Van Wyk, a senior at Unity and the chapter president. "We did the state nursery and landscape contest this summer and learned a lot. I really liked it."

Both Westra and Van Wyk, who aims to operate a dairy farm one day, note that Benson is full of ideas for his new program, make that their new program, a $400,000 effort all-told.

A new greenhouse is the most visible addition to the program this fall. Students help build the $65,000 structure, one that will add to horticulture classes and sales efforts for the FFA.

"Half of the greenhouse will also be used for labs in our science classes," Benson says. "There is a strong science curriculum here."

And, thanks to his arrival and a fortuitous turn of events, a strong FFA curriculum is emerging as well.

The Iowa FFA Association isn't fooling when a press release about record participation lands on my desk April 1.

Drive by Sibley-Ocheyedan High School some night around midnight and, chances are, you'll see Brian Gottlob's 2003 Grand-Am parked in its customary spot. It's maroon.

GALLAGHER: From South O'Brien stage to White House, what a weekend

Adviser Dennis Benson is shown near the new greenhouse built by and for the Unity Christian FFA Chapter at Unity Christian High School in Orange City, Iowa. The 2-year-old unit continues a recent trend of increasing participation in FFA programs across Iowa. Benson took early retirement after piloting the FFA program in Mapleton, Iowa, for the past 35 years.

The FFA symbol now has a home at Unity Christian High School.

Welding gloves hang on a helmet in the small welding wing that's part of the FFA shop at Unity Christian High School in Orange City, Iowa. The shop transformed an old storage area into a work area used by 73 FFA participants this fall. 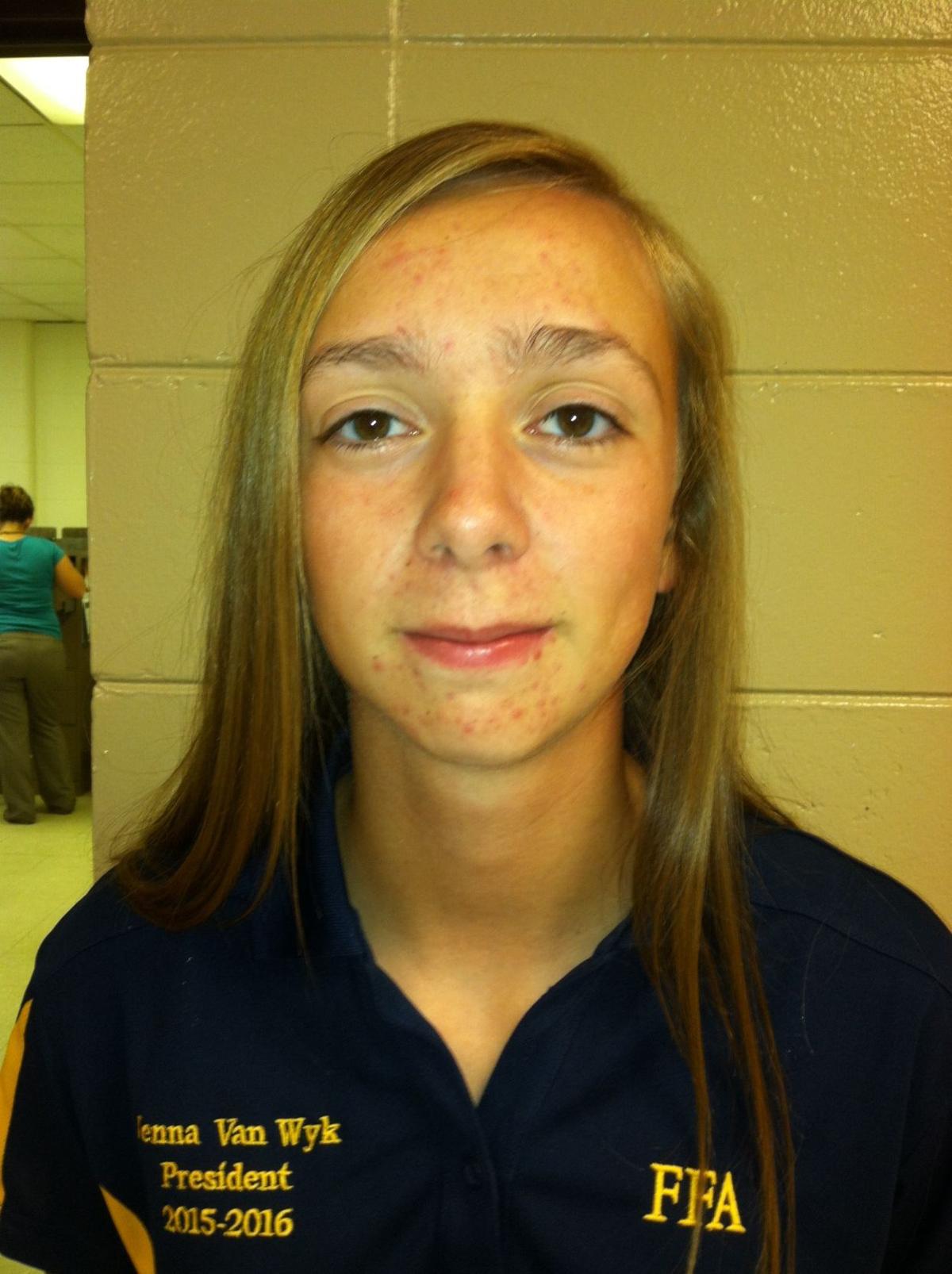 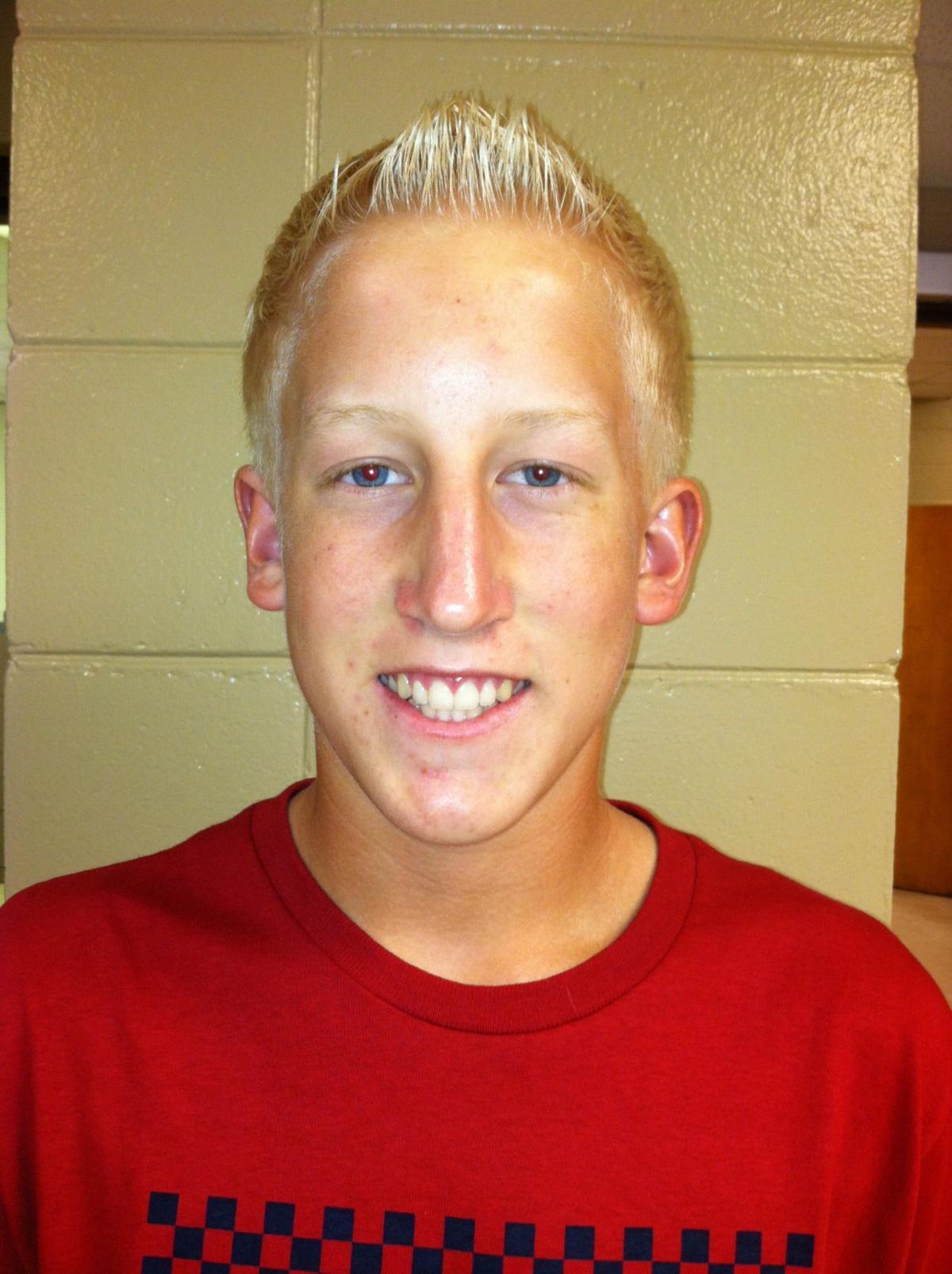