NEW YORK (AP) — Clarence the giant schnauzer came into Penny Wagner's life as a puppy nearly eight years ago, at a traumatic time for her family.

She and her husband, Steve, had recently lost their 21-year-old daughter in a car accident. Soon after, their other child went off to college, and Steve returned to work, leaving Penny home alone with her grief. That's when they brought Clarence into the family.

Earlier this year, the beloved pet became critically ill with advanced kidney disease. Their veterinarian wouldn't allow them to stay with him until the end at the clinic due to COVID protocols, so they decided to have him put down at home in Albuquerque, New Mexico, in a favorite laundry room spot.

A vet working with a company called Pet Loss at Home arrived and greeted Clarence and the Wagners. She gave the couple all the time they needed before administering two injections, one to relax the 90-pound dog and the other to let him go. The couple cuddled him as they cried, and their other dog, Cooper, was able to say goodbye as well.

"He'll always have a special place in my heart," said a tearful Wagner. "I think he was very comforted by the fact that he was home and that he was with loved ones up to the moment we said goodbye."

Private services that offer home euthanasia for pets have been busier than ever since the pandemic led to restrictions on humans inside veterinary practices and animal hospitals. But home euthanasia isn't for everybody. It tends to cost more, and some pet owners believe it is unduly upsetting to small children and other pets in their households.

The vast majority of pet euthanasia is still done in a clinical setting, though some vets have begun to offer end-of-life care at home as part of their practices.

For Wagner, the human touch was a gift. The same is true of Diane Brisson, 72, in Pinellas Park, Florida.

Brisson used Lap of Love when it came time to bid farewell to Champagne, her 12-year-old Yorkie, last December. Champagne was the only dog her mother, since passed, enjoyed. Champagne fell critically ill with pancreatitis and other organ failure, and Brisson couldn't bring herself to leave him at the vet alone at the end.

"I couldn't have asked for anything more peaceful," she said.

Lap of Love allowed her to have a neighbor with her for support. The neighbor took photos as Champagne sat in Brisson's lap in a favorite chair, the only piece of furniture she brought from her hometown in Massachusetts when she moved to Florida. The vet waited patiently until Brisson was ready to let go. The doctor placed Champagne in a small wicker basket with a white satin pillow and a lavender satin blanket after he passed to take him away for cremation.

Lap of Love returned Champagne's ashes to Brisson. She plans to have them scattered at sea back in Massachusetts, along with her own ashes when the time comes.

Dani McVety, a hospice veterinarian in Tampa, Florida, founded Lap of Love in 2009. She considered her ability to help people manage grief to be rare among vets.

"A lot of times doctors aren't necessarily comfortable with that because they haven't been trained to do it," she said.

She and her senior medical director, vet Mary Gardner, teach a course on end-of-life care at the University of Florida College of Veterinary Medicine.

"When I first started Lap of Love, I figured it would be a part-time job. I don't think any of us knew that it could actually be a full-time thing where there would be enough people in any given area that would want this help," said McVety.

Her company operates in 35 states with more than 230 vets.

In general veterinary practices, McVety said, euthanasia costs vary widely, depending on the services sought. It can be as inexpensive as under $100. At an emergency hospital, it may be more. Like Pet Loss at Home, Lap of Love's fees vary based on location. In Tampa, for instance, Lap of Love charges about $300. Each client receives a clay paw print.

Most clients pay for the vet to take their pets for cremation. Others drive there themselves or elect to bury their pets at home.

After Clarence was gone, the vet who assisted the Wagners sent a condolence card with marigold seeds inside, suggesting they plant them in the dog's honor. They did, and sent her a photo when the flowers were in bloom.

Pet Loss at Home has served more than 35,000 families since 2003. It operates with about 75 doctors in 50 metropolitan areas, including Seattle, San Francisco, Denver, Houston and Minneapolis. The pandemic has caused a dramatic increase in business, said Rob Twyning, who founded the company with his wife, Karen, a veterinarian.

"Right now the phone is ringing off the hook," said Twyning, in Lake Geneva, Wisconsin. "We have so many calls that we just can't help everybody."

Pet Loss at Home charges anywhere from $300 to $600 or more, depending on the city and the drive time.

"It's about comfort," he said. "At home, your pet is familiar with the smells and sounds. A vet clinic is filled with other pets' smells. It's filled with other noises, like barking dogs. It's typically a shiny table where the pet will be elevated. A lot of the time, it's not a veterinarian. It's a technician. At home, you can take your own time."

Twyning's vets serve mostly dogs and cats but have handled other species too, from snakes to parrots.

In Marietta, Georgia, 73-year-old Linda Sheffield went in a different direction last year when her rescue poodle, Timmy, fell ill with a collapsed larynx. She consulted animal communicator Nancy Mello, though she didn't let on that Timmy had been diagnosed and was on strong medication. With Timmy showing no outward symptoms during four or five video sessions, Sheffield made the decision to put him down.

"She told me Timmy didn't have long to live," Sheffield said. "I'm very skeptical but she claimed that he told her, `I can't breathe, I can't breathe,' over and over again. I thought the medicine was really working."

She drove him to her vet, who met them outside and administered the euthanasia drugs in the car as she held him on her lap. She then placed him in his bed on the seat beside her and drove him to the crematorium herself.

"This is the vet that he knew, who cared for him," Sheffield said. "He loved to go for car rides and he got to be with me."

Here are some adorable photos of the 15 most active dog breeds, according to the American Kennel Club:

The 15 most active dog breeds

What's the right age to spay or neuter your dog? Here’s what to know

When is the earliest your dog can be spayed or neutered? Here’s what to know about the latest research on the topic and more.

Pets are affecting their owners' home choices, whether it's the neighborhood they choose, the home they buy or rent, or how they decorate the space. 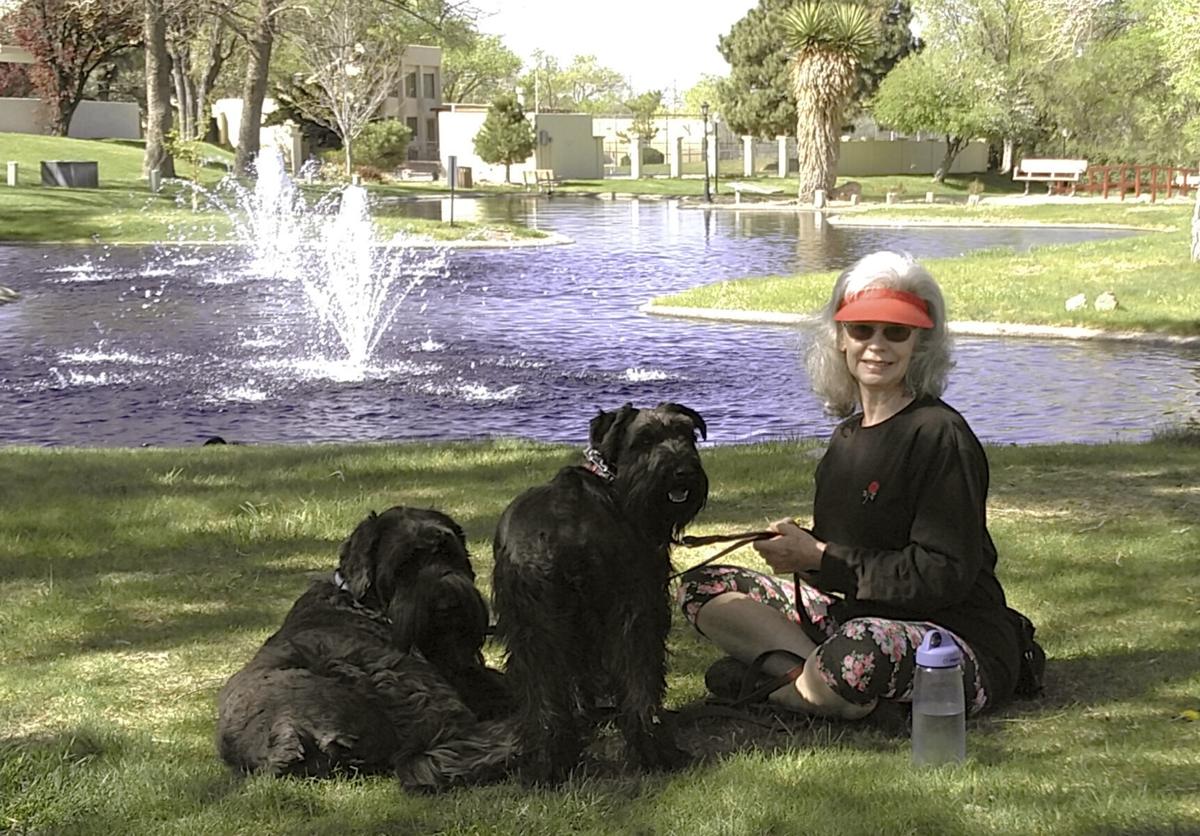 Penny Wagner appears with her two dogs, Clarence, left, and Cooper, in Albuquerque, N.M., on April 8, 2020. Clarence died peacefully March 9 after Wagner and her husband hired a private service that provides home euthanasia for pets. 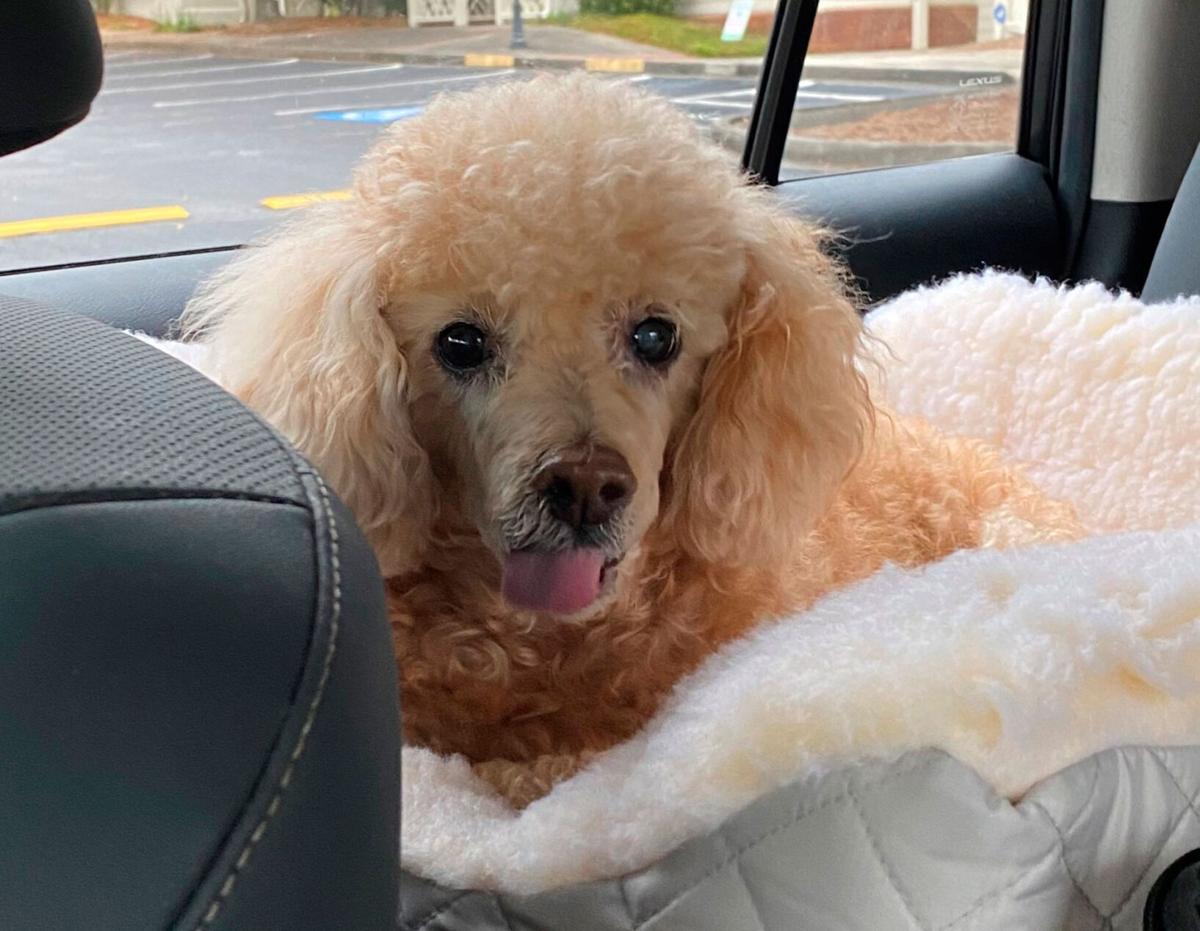 Timmy, a rescue poodle owned by Linda Sheffield, appears in her car in Marietta, Ga., on Oct. 12, 2020. Timmy died this year after Sheffield consulted an animal communicator, who told her the dog was gravely ill. 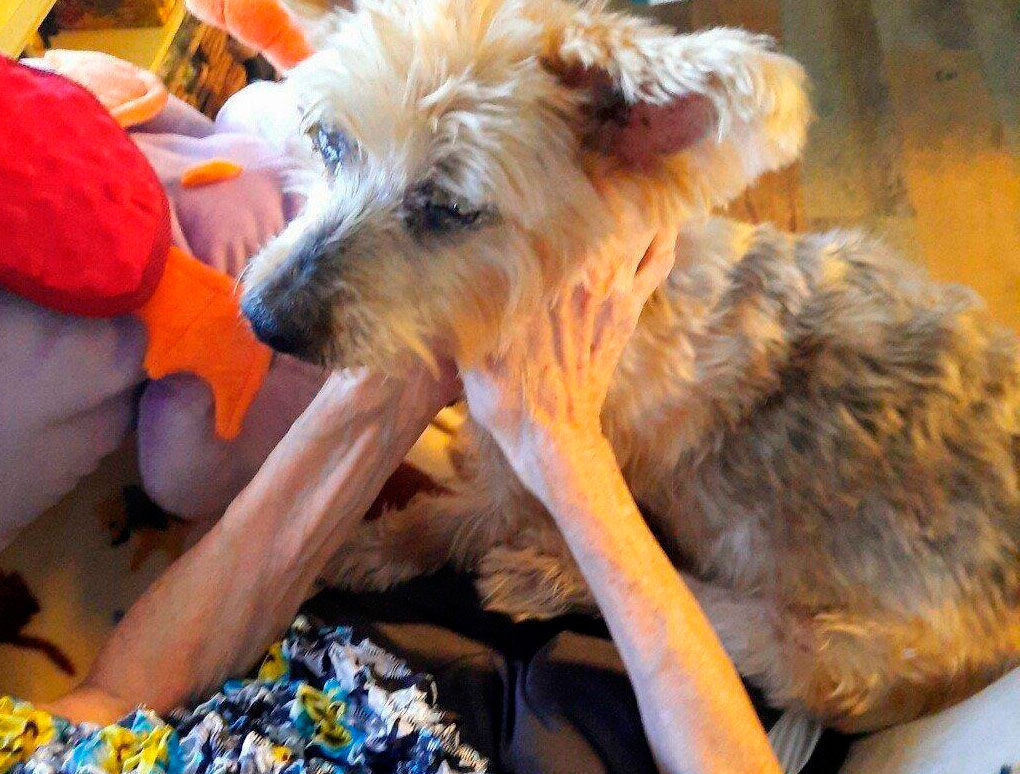 Diane Brisson holds her 12-year-old Yorkie, Champagne, at home in Pinellas Park, Fla., on Dec. 17, 2020, the day Brisson had her beloved pet put down at home using a private service, Lap of Love. The service provides veterinarians for home pet euthanasia.