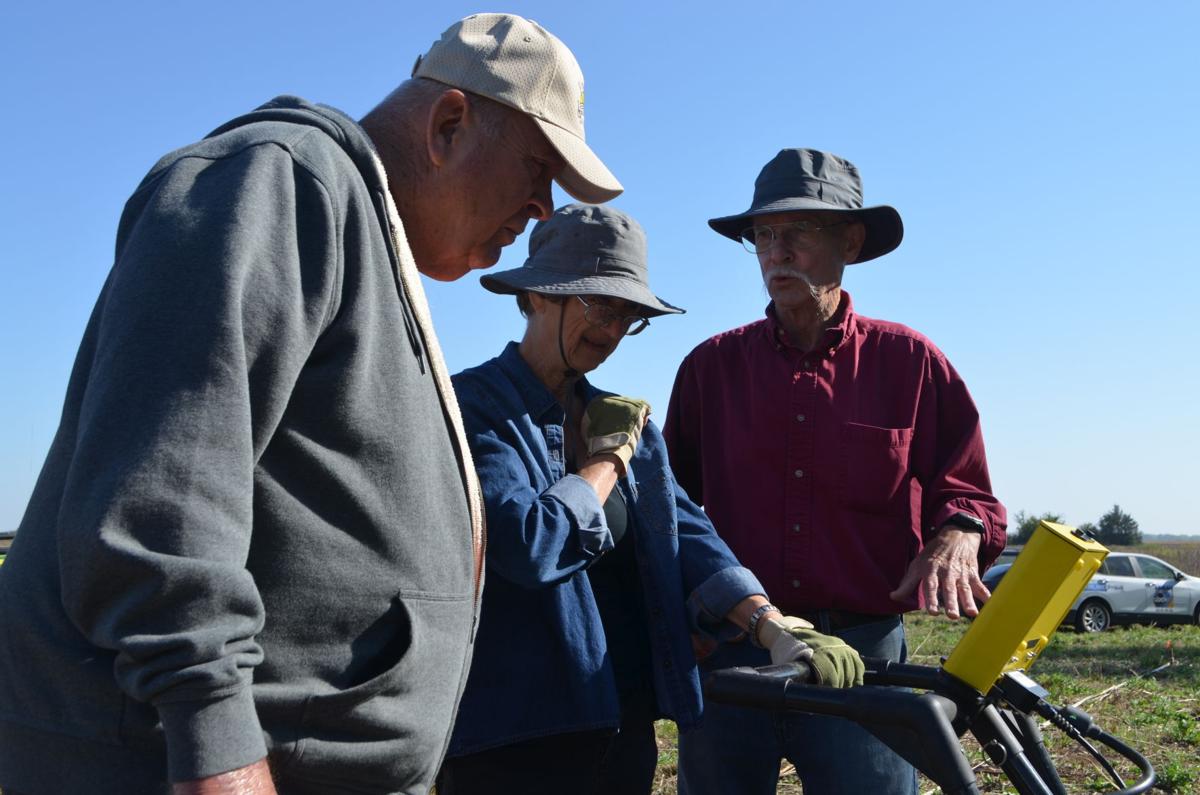 Dakota County Historical Society president Dennis Reinert (left) look at a monitor screen on ground penetrating radar equipment operated by veteran archaeologists Catherine and Robert K. Nickel, of the Nebraska State Historical Society. The Nickels were part of a team hoping to find evidence of a lost pioneer cemetery near the ghost town of Omadi. 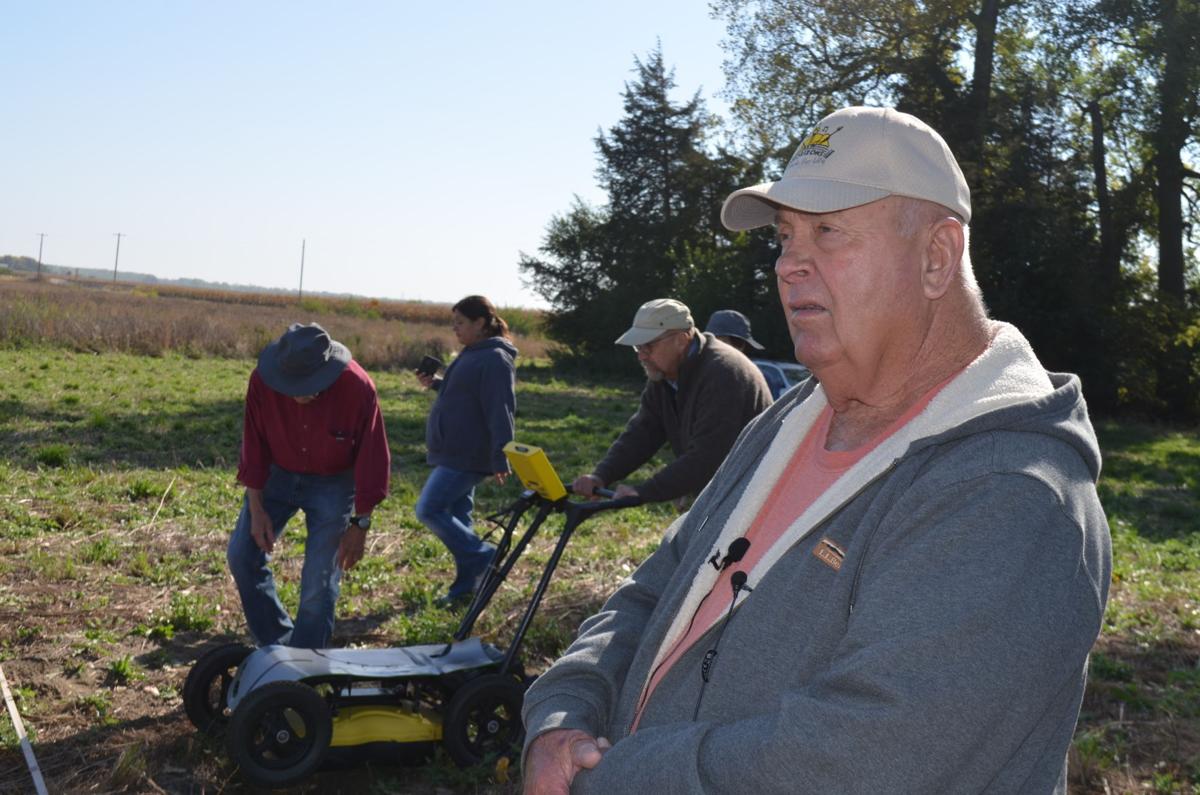 But, on Tuesday, an archaeological team from the Nebraska State Historical Society used ground penetrating radar to see if the site was the location of a lost cemetery for a 19th century village called Omadi.

Located in Dakota County, at the mouth of Omaha Creek, Omadi was founded in 1856, more than a decade before Nebraska was admitted as a U.S. state.

With a population that peaked at around 400, Omadi was thought to be comparable in size to nearby Sioux City around 1860. However, the waters of Missouri began to wash away the town's left bank, undermining the site.

If that wasn't enough, the promise of riches from the gold-mining town of Pike's Peak, Colorado, caused the town's population to plummet, from 400 to just a few dozen people. By 1865, it was considered a ghost town.

A few longtime Dakota County residents had heard stories about the Omadi Cemetery (also known as Sand Ridge) but no photographic evidence of the graves or headstones exists.

"I was talking with an old-timer and he asked if I knew what was Dakota County's first cemetery?" Reinert said. "I immediately thought of the Dakota City cemetery but the old timer said, 'No, it was the old Omadi.' "

Utilizing archival material and old maps, Reinert said there may have been around 30 people buried in the Omadi Cemetery, some as recently as the early 1900s. But no headstones have been found.

After studying old maps and reports, Reinert and other county Historical Society members were able to pinpoint the probable location of the old cemetery. The field of grass and wildflowers is privately owned.

Bozell's investigators utilized electromagnetic pulses to survey a site without having to break ground. Such ground penetrating radar (GPR) is used to discover buried evidence or artifacts by observing changes in soil.

Archaeologist Robert K. Nickel said the team will study readings taken from the 30-by-30-foot site. The results of their investigation will likely be completed by the end of the week.

"We so appreciate the state sending archaeologists to assist in the search," Reinert said. "Finding the Omadi Cemetery would be of great historical significance to Dakota County."

SIOUX CITY -- When it comes to trivia about Corps of Discovery explorers Meriwether Lewis and William Clark, it is hard to stump Sara Olson.

MACY, Neb. -- To Native Americans, there are four stages -- or hills -- in every person's life.

An eighth grade video production teacher says the technology is a good way to teach what she calls "the 4 C's:" critical thinking, creativity, collaboration, and communication.

Dakota County Historical Society president Dennis Reinert (left) look at a monitor screen on ground penetrating radar equipment operated by veteran archaeologists Catherine and Robert K. Nickel, of the Nebraska State Historical Society. The Nickels were part of a team hoping to find evidence of a lost pioneer cemetery near the ghost town of Omadi.