Become a Member
Read Today's E-edition
Share This
Cary Gordon: 'Loud-mouthed rebel' has compassionate side too
0 Comments
Share this
1 of 2 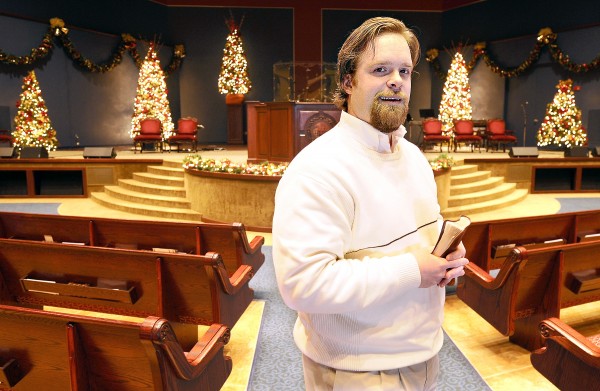 The Rev. Cary Gordon, pastor at Cornerstone World Outreach, is shown at the Sioux City church in December 2010. About 20 church members are members of the Woodbury County Republican Party. 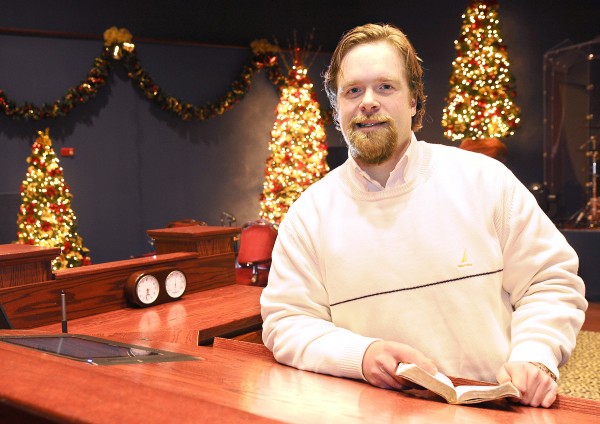 The Rev. Cary Gordon of Cornerstone World Outreach is shown at the Sioux City church.

SIOUX CITY - It has been a "very, very challenging year" for the Rev. Cary Gordon, associate pastor of Cornerstone World Outreach in Sioux City, he admits. But 2010 has also been a personally fulfilling one.

The news that put him in the national spotlight, his controversial invitation to church leaders across Iowa to speak out against the three Iowa Supreme Court justices who joined last year's unanimous decision legalizing gay marriage in the state, ended the way he wanted it. On Election Day last month, the justices were given the boot.

It was a campaign crafted by Bob Vander Plaats, but polished by Pastor Gordon.

"I was very, very pleased that the people of Iowa did not allow propaganda to sway good old-fashioned Midwestern common sense, Gordon said. "I really did feel confident that that was going to happen."

Polling data four months earlier showed that the people of Iowa were solidly in support of traditional marriage, he said. And Project Jeremiah 2010 began as a matter of his own personal conviction that two great institutions are under relentless attack: life and marriage. Abortion is the other evil.

"So when marriage was threatened by what I saw to be an abuse of judicial authority, I felt I had no other alternative but to at least write a letter to my fellow pastors across the state," he said. "And that's what I did. I wrote a letter and reminded the pastors of our moral obligation to step up and confront injustice and evil in our society.

"I think America needs another Bishop Leo I of Rome who is willing to hop on his horse and ride out to meet Attilla the Hun," Gordon said. "And unfortunately, in our current world, it doesn't seem that there are many bishops willing to ride that horse."

The best argument the other side could come up with was we've got to protect the system, he said.

"I just don't think that was a good sell during a time when people were absolutely fed up with the system, in so many ways. They just didn't have good arguments," he said.

As president of PeaceMakers Institute and founder of PeaceMakers Political Action Committee, Gordon campaigned around the state for the removal of the three justices.

"I think probably the highlight of the year, for me personally, was traveling with former Chief Justice of the Alabama Supreme Court Judge Roy Moore. He is every bit as remarkable as he appears to be. On a personal level, he reminds me a lot of my grandfather," he said.

Moore, who was removed from office for defying a federal judge's order to move a Ten Commandments monument from the state Supreme Court building. Cary's grandfather was a preacher, like his father, making Gordon the son of the son of a preacher man.

"Being involved in politics certainly creates plenty of enemies," Gordon said, "but it also makes friendships. And I was really privileged to meet a lot of people around the state of Iowa that I otherwise would never have met."

Perceived attacks on his family and church, like the recent contretemps involving the makeup of the city's Human Rights Commission, are what most aggravated him when it came to the judges' campaign. While he applauds Vander Plaats' call for the remaining Supreme Court judges to step down, he doesn't expect to ride that horse into battle next year.

Today, he says he is happy to have the election fuss behind him so he can devote his energy to his church and growing family.

On Sept. 20, his wife Molly gave birth to their fourth child.

"Anyone with children understands the level of stress a newborn can create in a household," Molly Gordon said. "So when you consider dozens of radio interviews, 19-hour work days, hate mail, road trips, a Blackberry on the blink, regular pastoral duties, incredible organizational details and unbelievable pressure ... and you add a baby to the mix, you have a recipe for craziness.

"In retrospect, my husband did unbelievably well spinning all of his plates."

Gordon admitted the strain was tough on his family. Particularly when he had to explain to his oldest son that, well, not everybody likes Dad. "But that's something that all pastors' kids go through anyway," he said.

Molly Gordon views her husband as a fearless man who will go to any lengths and pay any cost in order to obey what he feels God asks him to do. "Where most people loathe change, my husband thrives on creating it," she said.

Gordon said the support he got across the state for Project Jeremiah was humbling. More than 250 church leaders of every denomination contacted by phone said they were going to do what was asked of them, he said.

Taking on the IRS

As for that letter to the Internal Revenue Service from the Americans United for the Separation of Church and State that claimed the church violated the federal tax code that prohibits tax-exempt entities from getting involved in political races, Gordon said it came as no surprise.

"I guess if I had to do it over again, I probably would have gone ahead and saved my enemies the postage stamp and mailed one (of the Project Jeremiah letters) directly to the IRS myself," he said. "We went in with our eyes wide open and we knew that we would be threatened. We just felt that it was a worthy cause.

"I've been saying for years that the time will inevitably come when pastors have to ask themselves if they are exchanging the life of Christ for a bag of coins. And I think that the 501(3)(c) status has bought off the church. I think ministers have failed their mandate to speak out against evil out of fear of losing something as petty as a tax exemption."

In any event, should the IRS take action against the church, Gordon is confident of a legal victory.

"All of the atorneys who look at it ask for the same thing: The 1954 appropriations rider is obviously, whether you like it of not, just unconstitutional," he said. "And if they're challenged in a court situation, they will lose. And they know that. So they would rather put up with a loud-mouthed rebel like me out in the Midwest in a cornfield and just tolerate me than lose their power for pulpit intimidation across the United States."

A man of passion

It is a view shared by his father, the Rev. Larry Gordon, Cornerstone's pastor, who is proud of his son's convictions, both religious and poltiical.

"It was what we as a church felt we needed to do, and Pastor Cary spearheaded it," Larry Gordon said. "We want them to come after us because you cannot sue the IRS."

Cary, his father said, is not afraid to get into somebody's face, "but you won't meet a gentler, kinder person when it comes to having a need, him being a counselor. He's an incredible father, just gentle with his children. We're extremely proud of him."

Angela Schroeder, officer manager at Cornerstone for 23 years, called Cary "a man of great passion. And when he believes something is the truth, he adheres to that truth unwaveringly."

But for a passionate man, he maintains a consistent composure, she noted.

"I can remember, more than once in the face of tragedy, where it was difficult for him to speak because he was so overwhelmed with compassion for the people whose lives had been affected," Schroeder said.

Cornerstone made great strides as a ministry this past year, in spite of the yet unresolved legal woes involving the payment of contractors involved in the new church building, Gordon said. He declined to discuss the litigation, on the advice of his attorneys.

"You're often defined by struggle, and we've certainly had our fair share of it. And I think we have one of the neatest congregations. I consider it a privilege to pastor here," he said.

Newsmaker of the Year: Cary Gordon

IN THE NEWS: Gordon extended a controversial invitation to church leaders across Iowa to speak out against the three Iowa Supreme Court justices who joined last year's unanimous decision legalizing gay marriage in the state. In the process, he drew the attention of the Internal Revenue Service.

WHAT’S NEXT: The church is still embroiled in a court dispute related to the construction of its new building. However, Gordon says he plans on spending more time with his newborn child.

Le Mars to celebrate the holidays with activities, concerts and tree-lighting of a 26-foot tree

SIOUX CITY -- Inspired by a 2019 holiday visit to New York City, Cheryl Wells wanted to bring the excitement, joy and grandeur of a Big Apple …

SIOUX CITY -- For the past 28 years, the Festival of Trees has helped to usher in the holiday season.

The Rev. Cary Gordon, pastor at Cornerstone World Outreach, is shown at the Sioux City church in December 2010. About 20 church members are members of the Woodbury County Republican Party.

The Rev. Cary Gordon of Cornerstone World Outreach is shown at the Sioux City church.