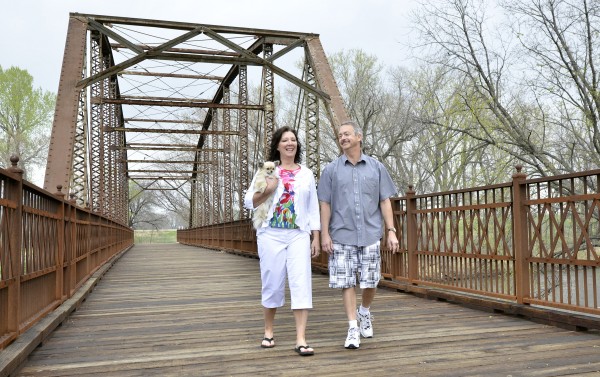 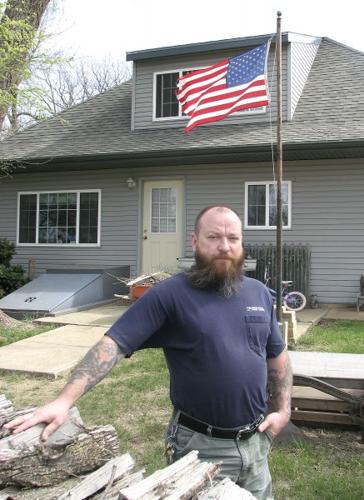 Brady Montgomery is shown outside his rural Hinton, Iowa, home on March 29. Montgomery worked at the U.S. Postal Service's mail processing center in Sioux City until it closed last fall. He now works in Sioux Falls, where he rents a room from a co-worker, then returns home on his days off. 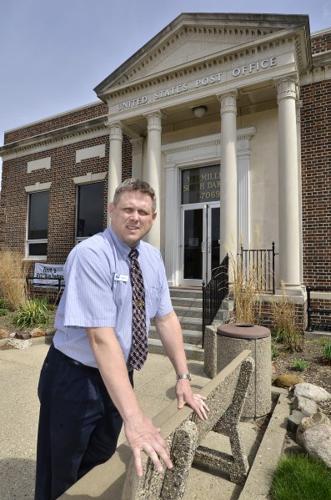 Scott Tott is shown at the Vermillion, S.D., post office on March 30. He's worked there since the Sioux City sorting facility closed. 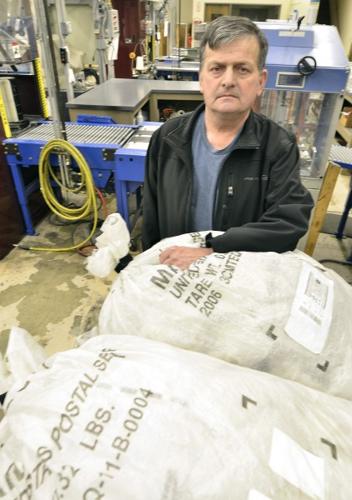 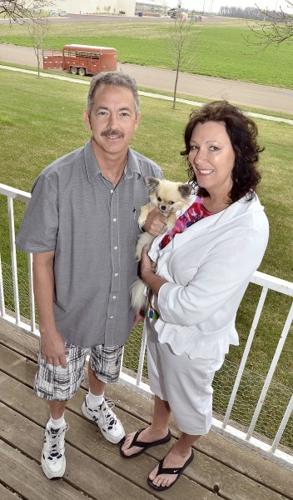 Sam Billiar and wife Cynthia Billiar are shown at their Sioux Falls apartment on March 30. Sam Billiar used to work at the U.S. Postal Service sorting facility in Sioux City but was forced to move.

When the U.S. Postal Service closed its Sioux City mail processing and distribution center on Sept. 30, it shuttered more than just a building.

Some 100 employees, many of whom had worked at the 2901 Murphy Drive plant since it opened in September 1992, saw a chapter in their lives close as well.

Sioux City-area mail would continue to be sorted and delivered out of Sioux Falls. But workers with strong ties to Sioux City had to decide if they'd follow the mail to South Dakota.

Some pulled up stakes and moved. Some rent in Sioux Falls and return home on days off. Others commute daily.

Those workers who chose not to transfer to Sioux Falls have taken other postal jobs in Sioux City and the area. Some are no longer with the Postal Service, choosing to find other work or retire.

Each worker had a decision to make, and each now has his or her own unique situation. The Journal spoke with four employees who made different choices.

Sam and Cynthia Billiar continue to adjust to their new city.

They've found a church they like. They like the restaurants and shopping they've discovered in Sioux Falls.

Once it was certain the Sioux City mail processing and distribution center would close, Billiar said he considered his options. He could have taken another postal job in Sioux City or a nearby town, but lose the seniority he'd accumulated since being hired in 1986.

He decided to work at the Sioux Falls processing center. Sam and Cynthia then decided to move there.

"We chose to move because if I stayed in Sioux City, I would wind up with a bottom job," Billiar said. "Sioux Falls allowed me to keep my seniority."

Sam began work in Sioux Falls in November. He rented an apartment and traveled home on his days off. After the Billiars sold their Sioux City home in December, Cynthia moved to Sioux Falls and commuted to her job at St. Luke's Regional Medical Center.

The move separated them from family -- two of their four adult daughters live here -- and friends. Billiar no longer has weekends off.

Billiar, 51, said it's hard to be starting over at this age, but things have gotten better.

Cynthia will soon start a new job and will no longer have to commute. They hope to buy a house soon and move out of their apartment.

It's been a stressful change, Billiar said, but he's thankful that he had employment options.

"I can whine and complain all I want, but I still have a job," he said. "Some days I wonder if I did the right thing, but overall I think I made the best decision."

Brady Montgomery loves to take his kids to school in the morning, then spend the day working on various projects at his rural Hinton, Iowa, home.

Nowadays, he continues to fall behind on his to-do list.

He's become a part-time resident in his own home. Once the Sioux City mail processing plant closed, Montgomery said, the only option given to him was to go to work in Sioux Falls. So he rents a room from a co-worker in Sioux Falls, where he lives five days a week. He comes home on his days off, which are no longer on weekends, meaning he and wife, Pam, who goes to work at 6 a.m., have to rely on family members to get their two remaining school-age children to school three days a week.

"It's been six months, and I'm just not adjusting well," Montgomery said several weeks ago. "The five-day absence is something I'm just not going to get used to."

Montgomery is no longer around as much to fix things that break. When the air conditioner broke down earlier this spring, he wasn't going to be there to help solve the problem.

Montgomery knew living part time in Sioux Falls would be a challenge. He considered starting his own business, but the wages, benefits and seniority he'd accumulated during 21 years as a postal employee were too good to give up. Still, given how hard it is to be away from home, the thoughts of finding another job are never far away.

"I think about it every day," he said.

Montgomery has seven years before he's eligible to retire from the Postal Service. Though he would lose his seniority, he's open to taking a different postal job in Sioux City. It would make life easier for him and his family.

"My wife loves her job. The kids love the school here. Being a dad, I've got to try to keep a good attitude, but I'm not," he said. "I'm never going to get used to it. I'm used to noise and the kids. Up there, it's like you're living in a hotel."

Working in a new ZIP code

"My main thing was to stick around and wait," Tott said.

A postal employee since 1998, Tott considered taking early retirement and getting another job. Then an opening for a window clerk in the Vermillion, S.D., Post Office opened up. It was appealing, Tott said, because the schedule and hours were favorable, and Vermillion's post office is unlikely to face closure like those in smaller towns.

Tott applied and was hired, and now he commutes to Vermillion. He had always worked at the distribution facility, so dealing face-to-face to customers is a new experience.

"I'm very happy. It's something I've never done before in my life with customer service," he said.

Overall, it's been a good change for the 46-year-old Tott.

"It's a new normal is the best word. I'm still adjusting."

For Kirk Rauch, a move to Sioux Falls just wasn't worth it.

He was a year away from retirement. Moving from his North Sioux City home also would require finding new doctors to treat his ongoing medical condition.

"I didn't see any real true value to doing that for such a short period of time," said Rauch, 62. "It forced me to make a decision. Do I retire or not?"

Rauch, who started as a mail carrier, then transferred to the processing center in September 1993, chose retirement.

"It would have been nice if they had kept it open," he said.

Rauch is still involved in distribution. Rauch has been a Journal carrier since the mid-1990s. Every night, he drives 100 miles delivering the paper to readers in Northeast Nebraska. It keeps him busy, he said.

"With the situation I'm dealing with, it's worked out best for me to retire."

November 2005 The Postal Service begins an area mail processing study to look into the consolidation of the Sioux City center with Sioux Falls.

Sept. 30 The last day of operations at the Sioux City mail processing and distribution center.

On the busiest day of the year for the U.S. Postal Service, people who frequented the now-closed Northside and Morningside post offices stood in long lines with everybody else in the sole office serving the city.

LINCOLN - The U.S. Postal Service has decided to move ahead with plans to move some mail processing from Lincoln to Omaha as a way to save money.

SIOUX CITY -- About 100 full-time employees at the U.S. Postal Service's Sioux City distribution and processing facility will work their final…

WATCH NOW: What does Sterling do?

WATCH NOW: What does Sterling do?

Brady Montgomery is shown outside his rural Hinton, Iowa, home on March 29. Montgomery worked at the U.S. Postal Service's mail processing center in Sioux City until it closed last fall. He now works in Sioux Falls, where he rents a room from a co-worker, then returns home on his days off.

Scott Tott is shown at the Vermillion, S.D., post office on March 30. He's worked there since the Sioux City sorting facility closed.

Sam Billiar and wife Cynthia Billiar are shown at their Sioux Falls apartment on March 30. Sam Billiar used to work at the U.S. Postal Service sorting facility in Sioux City but was forced to move.