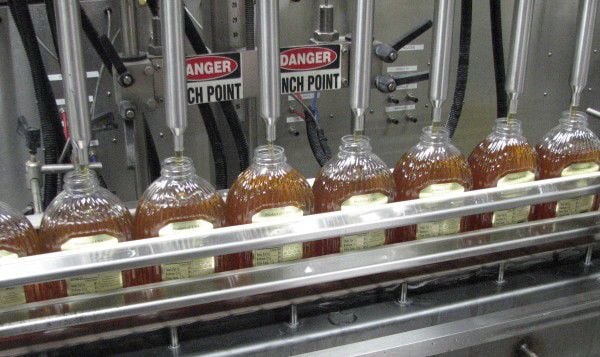 Bottles of Sue Bee Honey are filled at the Sioux Honey Association plant in Sioux City in 2012. A federal lawsuit filed against the honey producer challenging the "pure" and "natural" claims on labeling of some of its products has been stayed. A second lawsuit making similar claims has been dismissed. 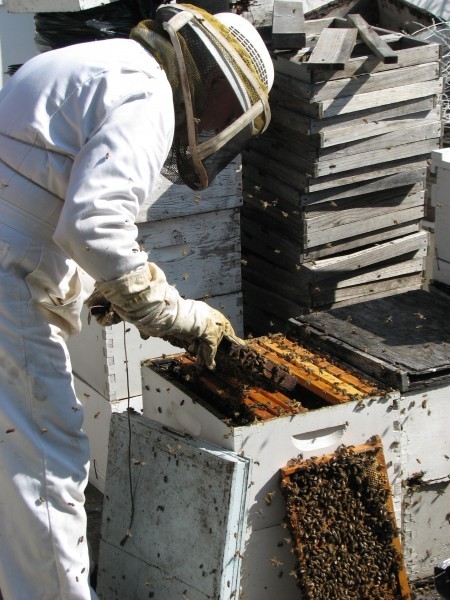 Sioux City beekeeper Leonard Kurtz opens a hive populated with an estimated 40,000 to 50,000 bees in April 2012. Nebraska researchers are teaching high school students how to use radio tracking technology to learn about bumblebee queens.

SIOUX CITY | Adding to a mystery that's befuddled the industry for years, commercial beekeepers recently reported another round of stinging losses.

Nearly a third of managed honeybees died last winter, an increase of 42 percent from the previous year, according to a survey from two industry groups and the U.S. Department of Agriculture.

Since 2006, when scientists identified what's known as colony collapse disorder, bees have disappeared at an average clip of about 30 percent per year. The continuing losses threaten an estimated $30 billion worth of crops annually that depend on pollination.

A new government study blames a combination of factors for the mysterious and dramatic loss of honeybees, including increased use of pesticides, shrinking habitat, multiple viruses, poor nutrition and genetics.

The biggest culprit, according to the study issued by the USDA and the U.S. Environmental Protection Agency, is a parasitic mite called the Varroa destructor, which was first found in the U.S. in 1987. There's widespread resistance to the chemicals beekeepers use to control the mites within the hives, according to the report.

One of the newest wrinkles, he said, is a focus on increased diversity in genetics, which the report's authors said could help improve bees' resistance to disease. Specifically, they said, genetic variation could help keep the bees' body temperature steady, even if the surrounding environment changes.

"Bees likely were more resistant to some of these things years ago than they are now," Huser said. "Maybe it's because the lines of bees that are bred now are looking at productivity, rather than disease resistance."

The study also cited modern farming practices. Iowa and Nebraska were once among the top honey producing states, back when farmers raised a lot of alfalfa and clover, which attracted swarms of bees. Much of the hay acreage has since been planted to corn and soybeans, more valuable crops. To control weeds, farmers also regularly use advanced herbicides such as Roundup Ready Corn.

"Plants that bees might be able to forage on are killed off," said Leonard Kurtz, a Sioux City beekeeper for 48 years. "That just makes it thatmuchmore difficult for beekeepers to make a honey crop."

Kurtz, the rare commercial beekeeper from a cold weather state who keeps his hives at home during the winter, estimates he lost 60 percent of his colonies last winter. The late spring was likely a contributing factor, he said.

"It was just too cold too long," he said. "Bees actually need a flight every four to six weeks so they can get out and take a good dump and come back and organize their brood nest."

During the winter months, most large commercial beekeepers transport their bees to warm weather states such as California and Texas to gather nectar from crops there.

This past winter's heavy losses led to a shortage of bees needed for the early spring pollination of California's almond groves, Mammen said.

Despite the latest colony losses, Sioux Honey officials are not worried about running short of honey this year. The cooperative's members annually produce more than 35 million pounds of raw honey.

"We plan on having enough U.S. honey for all of our customers," Huser said.

He said supermarkets and other retail customers want domestic honey. In the past, he said, the association has imported some honey sold as an ingredient for some large food manufacturers.

History: Founded in 1921 by five beekeepers in the Sioux City area.

Member: More than 300 beekeepers from Midwest and Rocky Mountain states.

Professors with the University of Nebraska-Lincoln Entomology Department are in the pilot stages of a program they think is the bee's knees.

SOUTH SIOUX CITY | The first in a series of classes on tree orchards is planned Saturday in South Sioux City.

Harsh Iowa winter kills off up to 70 percent of bees

The buzz in the bee community isn’t good following the harsh winter conditions experienced throughout much of the Midwest.

The U.S. Department of Agriculture has announced it will spend millions of dollars to help farmers and ranchers improve pastures in five Midwestern states to provide food for the nation's struggling honeybees.

Gardener: Turn your yard into a honeybee habitat

As we become more aware of the vital role pollinators play in a healthy garden, more people are including plant varieties to attract them. A g…

Bottles of Sue Bee Honey are filled at the Sioux Honey Association plant in Sioux City in 2012. A federal lawsuit filed against the honey producer challenging the "pure" and "natural" claims on labeling of some of its products has been stayed. A second lawsuit making similar claims has been dismissed.

Sioux City beekeeper Leonard Kurtz opens a hive populated with an estimated 40,000 to 50,000 bees in April 2012. Nebraska researchers are teaching high school students how to use radio tracking technology to learn about bumblebee queens. 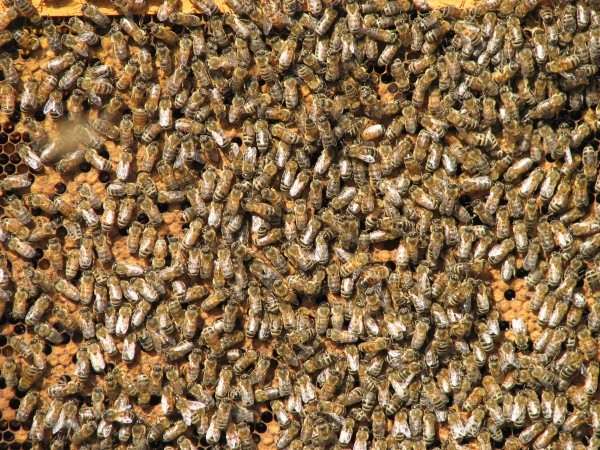 Some of Leonard Kurtz's bees are shown last year. This past winter, the Sioux City beekeeper estimates he lost 60 percent of his colonies. A new federal report blames a combination of problems for a mysterious and dramatic disappearance of U.S. honeybees since 2006.