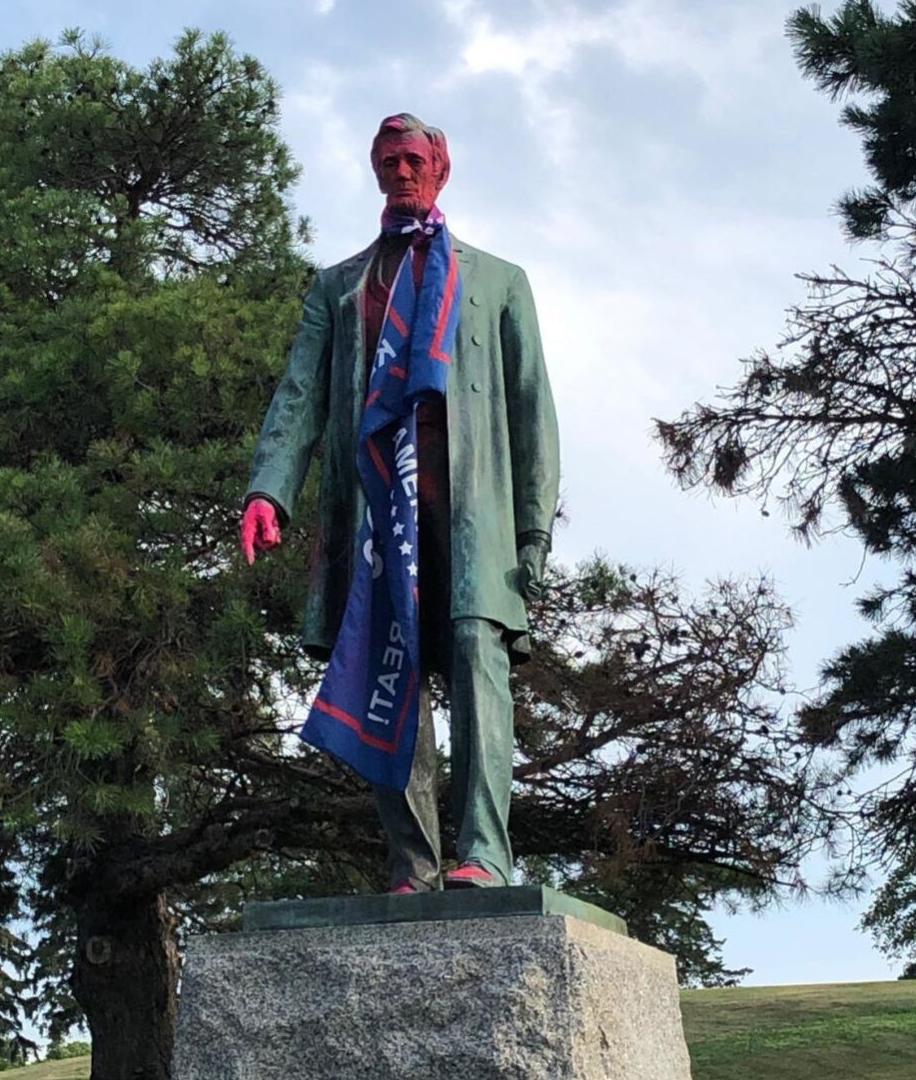 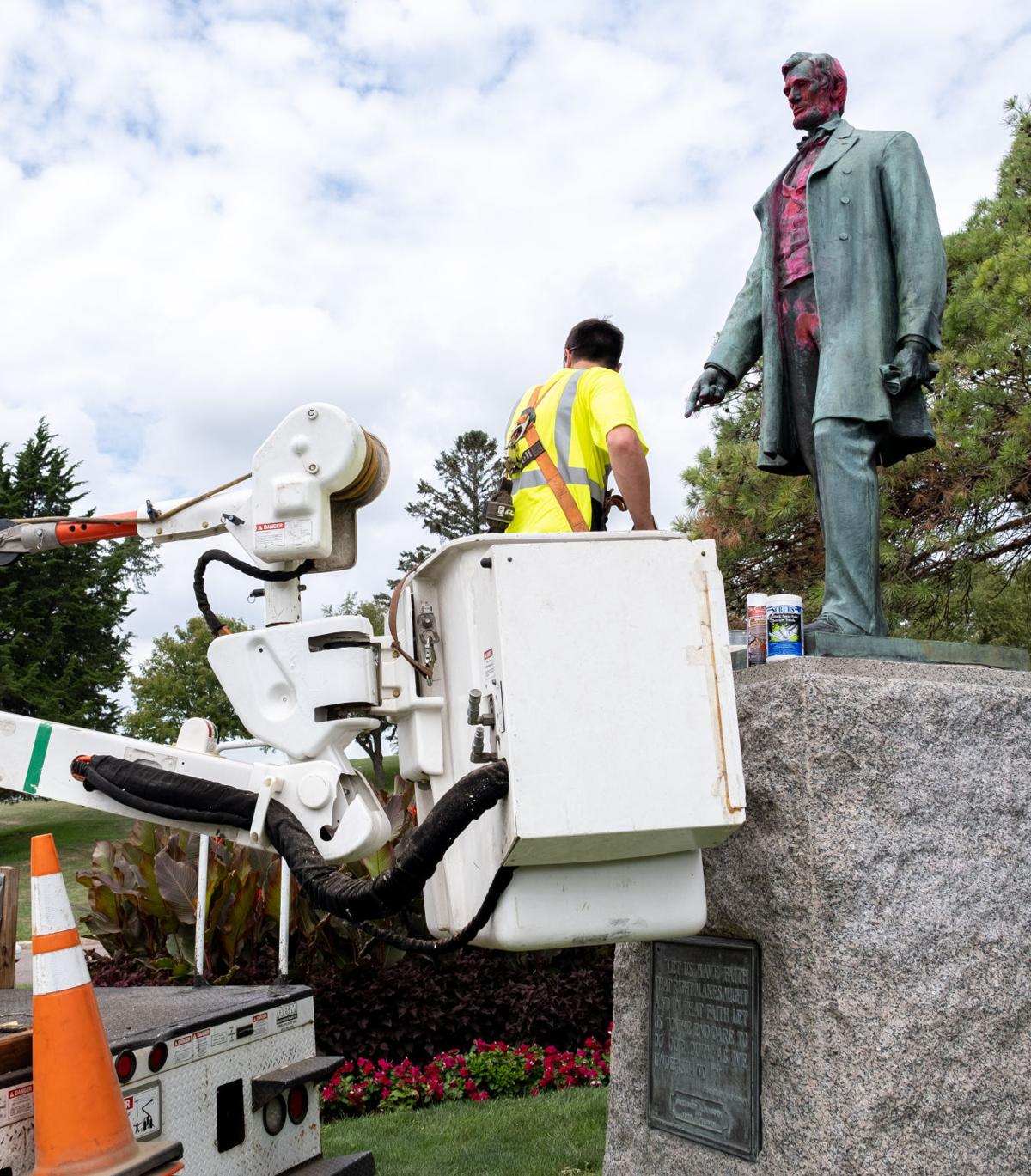 Sioux City workers scrub the statue of Abraham Lincoln at Grandview Park on Wednesday, after the statue was found vandalized.

SIOUX CITY -- The statue of Abraham Lincoln on the southern end of Grandview Park was found vandalized Wednesday morning, the latest in a string of vandalism incidents at the park.

Sioux City Police Sgt. Jeremy McClure said the department took a report of the vandalism around 6:30 a.m. Wednesday, and that the vandalism may have taken place during the overnight hours.

The department has no suspects and an investigation is ongoing, McClure said.

Lincoln was found with red paint on his face, torso, feet and a hand, and what appeared to be a Trump campaign flag wrapped around his neck, somewhat like a scarf or a cravat. City crews were seen cleaning the statue later in the day Wednesday.

The statue has been in the park since 1924 and is a popular fixture at the Saturday in the Park music festival.

“There seems to be a lot of energy from the tragedy that happened to George Floyd in Minneapolis a few months ago,” said Saturday in the Park co-founder Dave Bernstein. “Unfortunately, some of that energy is being spent in counterproductive ways, like through looting, rioting and vandalism, as opposed to peaceful protest.”

City Parks and Recreation Department Director Matt Salvatore said that a special process might be required to clean the bronze likeness of the 16th president.

"We just don't know what it's going to take to get that (paint) off," Salvatore said.

The vandalism discovered Wednesday morning followed graffiti discovered Sunday at the Grandview Park bandshell. A month before that, the bandshell was similarly spray painted.

McClure said that anyone with information on the vandalism is encouraged to contact the Sioux City Police Department.

The mountain lion was last seen heading east into a cornfield south of the airport on Friday.

Sioux City Police detectives determined that the victim and a subject who was later detained were handling the firearm when it discharged, hitting the victim. It was not immediately clear if authorities consider the shooting to be accidental.

Sioux City workers scrub the statue of Abraham Lincoln at Grandview Park on Wednesday, after the statue was found vandalized.