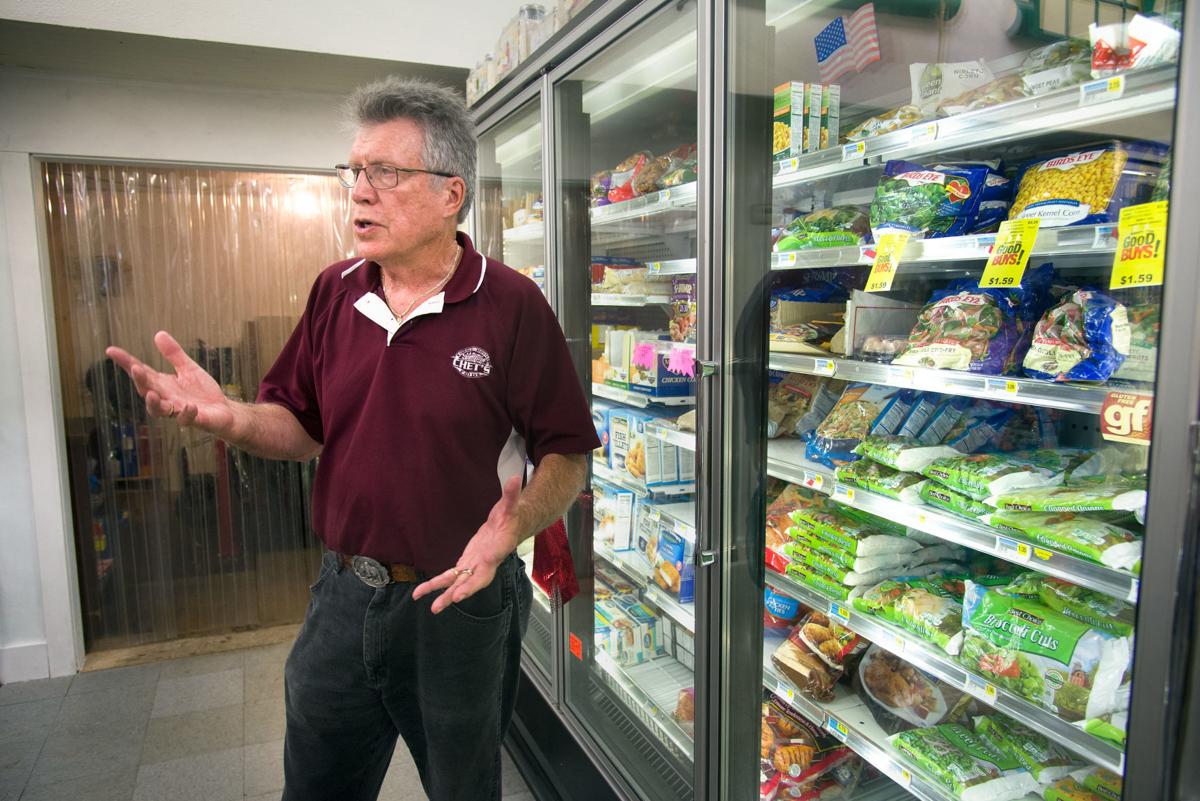 Chet Davis, owner of Chet’s Foods, is shown in the Kingsley, Iowa store on Aug. 2 as he talks about the threat a proposed Dollar General outlet poses to his longtime family business. Dollar General has expanded rapidly in Siouxland in recent years, cutting deeply into the profits of small-town grocers. 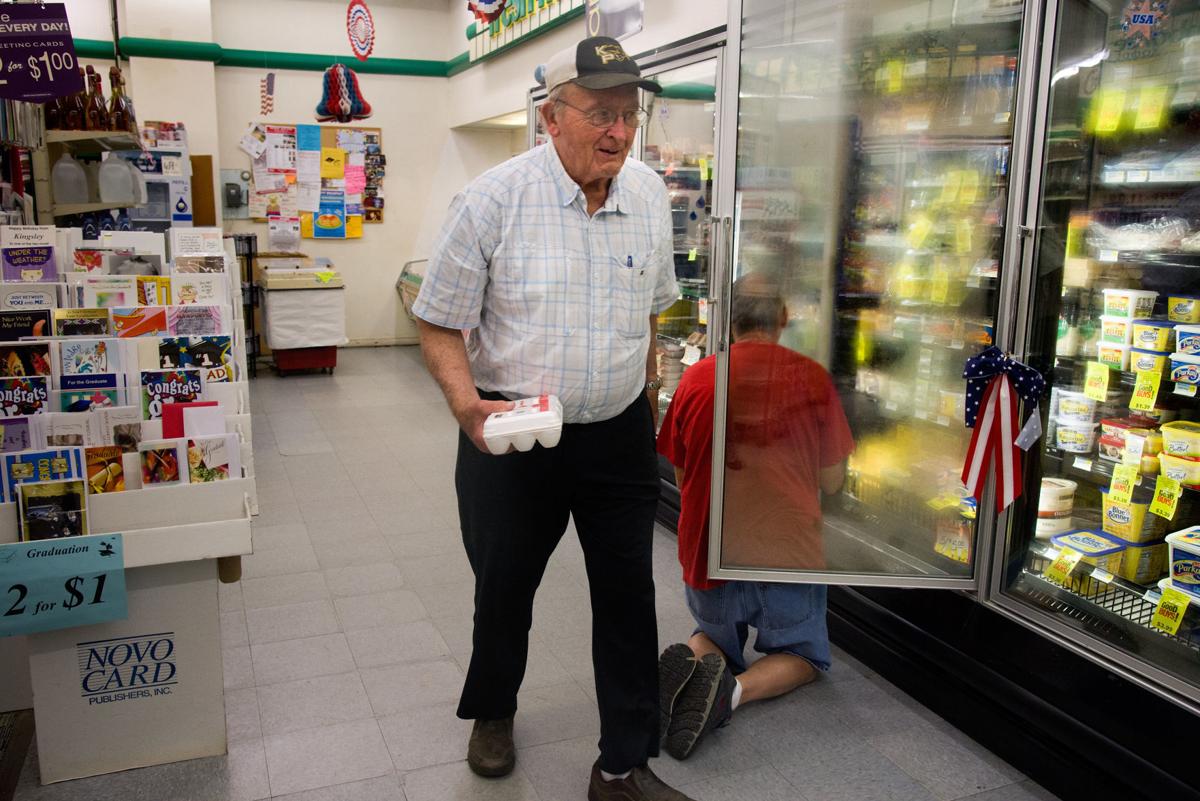 Bob Powell, of Kingsley, shops at Chet’s Foods on Aug. 2. Some Kingsley residents, worried about Chet's Foods' future, have circulated a petition that aims to keep Dollar General from opening a store in the Plymouth County town of about 1,400.

KINGSLEY, Iowa -- When Chet Davis opened his grocery store in Kingsley roughly 40 years ago, he faced competition from two other established grocers in the Northwest Iowa town of about 1,400.

His family business, Chet's Foods, eventually emerged as the sole survivor. But the proprietor of the mom-and-pop store now worries a large corporate competitor, Dollar General, will drive him out of business.

It's not an irrational fear; it has happened to him before.

Nearly a decade ago, Chet's expanded into the neighboring town of Moville, at the urging of residents there who had lost their previous grocery store to a fire.

But after Dollar General came to Moville three years ago, Chet's sales quickly dried up. The losses were especially acute for items like canned goods, paper products, cleaning products and detergents.

"(Dollar General) takes probably anywhere from 20 to 30 percent of your business," said Davis, who was subsequently forced to shutter the Moville store.

Dollar General, which prices roughly 80 percent of its items below $5, is rapidly expanding into rural areas that most other national retail chains have traditionally shunned. In recent years, Dollar General has opened stores in numerous area cities similar in size to Kingsley.

There are now 108 Dollar General stores within a 100-mile radius of Sioux City. There are six locations in Sioux City, plus stores in South Sioux City and in Sergeant Bluff.

ROCK VALLEY, Iowa --The owners of a grocery chain in Rock Valley have decided to turn over the business to a new owner.

Dollar General spokeswoman Crystal Ghassemi said the chain has always been oriented toward small-towns. Seventy percent of its stores are in towns of 20,000 or fewer residents.

"The company was actually founded in a very rural town, called Scottsville, Kentucky" in the late 1930s, she said. "And so, when you think about our inception and how the company was founded, it was specifically able to help folks to save time and money."

The Goodlettsville, Tennessee-based chain, which now operates more than 15,000 stores across the United States, plans to add a total of 975 locations during the 2019 fiscal year.

David Swenson, an economist at Iowa State University, said the proliferation of Dollar Generals has little precedent in Iowa, with the possible exception of Casey's General Store, a convenience store chain with scores of locations in the state and has competed against local retailers.

Sioux City officials, past and present, react to Younkers closure

"Dollar General has moved into and has expanded very aggressively into small towns, and as they've started to carry more grocery items, they are indeed competing directly against local grocery stores," Swenson said. "I would imagine, too, that a fraction of their market has improved considerably since we've had the widespread regional closings of Shopkos."

Many shoppers have embraced Dollar General's arrival, saying it brings new competition, a larger array of products and expanded hours of operation to those rural areas.

Michelle Kuhaneck drove 13 miles from her home in Quimby, Iowa, on a recent Monday night to shop at the Dollar General store in Correctionville. Kuhaneck said she visits at the store at the intersection of Highway 20 and Highway 31 about once a week, spending $20 to $25 per visits on a mixture of household “odds and ends” and food items. She said she appreciates Dollar General's "cheaper prices," compared to some other retailers in the region.

Correctionville's only grocery store, the Mercantile, closed this spring after the business failed to sell at an auction. Owner Dawn McCrea said she lost roughly 20 percent of her business after Dollar General arrived in the Woodbury County town in 2016.

Some area retailers are upping their game to compete against Dollar General.

Scott Vogelaar, the proprietor of Sanborn Foods in the O'Brien County town of Sanborn, said he's been working with a district manager at Associated Wholesale Grocers, his grocery wholesaler, to brainstorm ways to draw customers back to his store.

"I keep hearing from other people in the industry that the newness (of Dollar General) will wear off," said Vogelaar, whose sales dropped roughly 15 percent after Dollar General opened in Sanborn about a year ago.

Just down the road in Paullina, Iowa, Laura Palmer runs the Prairie Market grocery with her husband, Don. The arrival of a Dollar General in the O'Brien County town of about 1,000 in February prompted the couple to upgrade their store. They are in the process of installing new coolers and making other improvements.

"The first three months were really bad, and then we got a rotisserie, we plugged all this money into getting different things here, and that turned around quite a bit for us," Palmer said. "We're just trying to coexist with them."

Greg Musch, who has operated Fiesta Foods in nearby Hartley, Iowa, for 20 years, said his store has adjusted prices on some items to make it more competitive after Dollar General opened in the O'Brien County town of about 1,600 in April. Like Vogelaar, he suspects the novelty of Dollar General has begun to fade.

"It has affected us. Not a huge amount, but enough to make it hurt," Musch said. "I would say the first three months were probably the worst, and it's kind of come back a little bit now. I think probably the newness has kind of worn off a little bit, and people of course were checking them out right away."

Conditions are increasingly unfavorable for small-town grocers, many of whom are aging and don't have a family member lined up to take over the business. A recent survey by the University of Minnesota found 63 percent of small-town grocery operators don't plan to own the store in 10 years or longer.

Swenson cautioned the struggles of small grocers cannot be laid solely at the feet of Dollar General, much as their owners may not like the chain.

"It's a chicken-and-egg thing. The reason the grocery stores are closing is not just Dollar General, it's because the density of local demand purchases has either gone down because of population going down, or that peoples' purchasing preferences have shifted, so they're doing more of their shopping where they work," he said.

Chet's Foods already faces competition from larger supermarket chains like Hy-Vee and Fareway in Sioux City and Le Mars, which are each about a half-hour drive from Kingsley.

Local efforts to lure new businesses have slowed in recent years, Bernstein contended. Without additional development, he worries how the tri-state area will fare in the next economic downturn.

Davis, 74, is sounding the alarm that a Dollar General opening a few blocks away may deliver the final death blow to his store.  He worries the loss of his store could ripple through the town, leading to a gradual unraveling of the quality of life in the community.

"Once you lose your grocery store in town, it's going to hurt the whole community. Because they've told me that the value of your property drops, because when people move into a community, they want to be in a community where they have those things. And we'll no longer have them."

For the past several months, Dollar General has been in talks with Titan Machinery, a Case-IH dealership, to purchase a parcel of land along Highway 140 on the east end of town. In response, Davis and other local residents circulated a petition signed by more than 800 people that calls for the city to reject a zoning change for the proposed site. More than 50 people showed up at a recent City Council meeting to voice their opinions on the issue.

Kingsley Mayor Rick Bohle said that while he's not personally thrilled with the prospect of Dollar General entering the market, the city can do little to keep it away.

"The city really didn't have a leg to stand on as far as, rezoning that to hold them out," Bohle said. "We had no leg to stand on, they would have probably just sued us in court."

"It's competition, I guess, it's the American way," he added.

Ghassemi, the Dollar General spokeswoman, said the company is aware of the petition in Kingsley. The company, she said, takes "community concern" into account when weighing a new location.

"That store is actually still in a due diligence process, so that means we are looking to add a store, but we haven't committed to doing so yet," Ghassemi said.

If the chain goes ahead with a store, Davis said there's reason to expect an outcome similar to what happened in Moville.

"In a small community like this, we're not doing gangbusters anyway. I mean we're making a living but that's just it," he said. "So you come in and take 20 percent off the top, and that's it. Your head's underwater."

The Journal's Bret Hayworth contributed to this report.

John F. Kennedy at the stockyards

CORRECTIONVILLE, Iowa -- Dawn McCrea is hoping that whoever buys her grocery store will keep operating it.

Shopko Hometown in Cherokee to close after 3 years; another blow for local retail trade

CHEROKEE, Iowa -- Shopko is closing its store in Cherokee, less than three years after it opened.

SIOUX CITY -- The numbers are indeed on the rise.

STORM LAKE, Iowa -- The Walmarts in Storm Lake and Le Mars are undergoing renovations and upgrades, including some high-tech systems to better…

“I know that I have made mistakes. I am sorry for harm I have caused,” said Warren, who received a standing ovation when she took the stage at the Orpheum Theatre. “I have listened and I have learned."

Independent candidate Mark Charles went further, saying through all military attacks in places where Natives lived, 425 Medals of Honor were given to soldiers. He called for all of those medals to be rescinded.

The reopening is set to happen with showings of "The Lion King." "The fact that we can get a movie with 'King' in the title, how awesome is that?" city councilman Doug Clough said energetically.

SIOUX CITY -- On Monday, Shopko Optical will open a new vision center on Hamilton Boulevard, not far from the closed Shopko store it was previ…

Chet Davis, owner of Chet’s Foods, is shown in the Kingsley, Iowa store on Aug. 2 as he talks about the threat a proposed Dollar General outlet poses to his longtime family business. Dollar General has expanded rapidly in Siouxland in recent years, cutting deeply into the profits of small-town grocers. 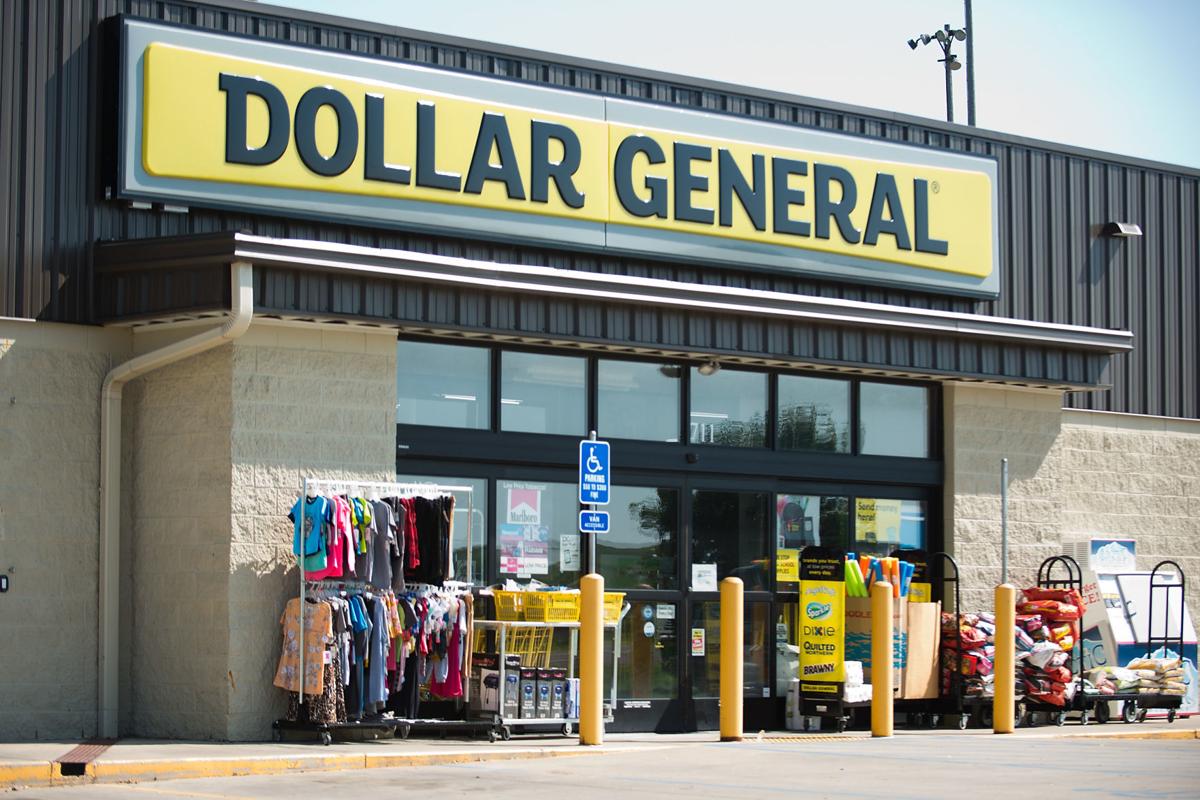 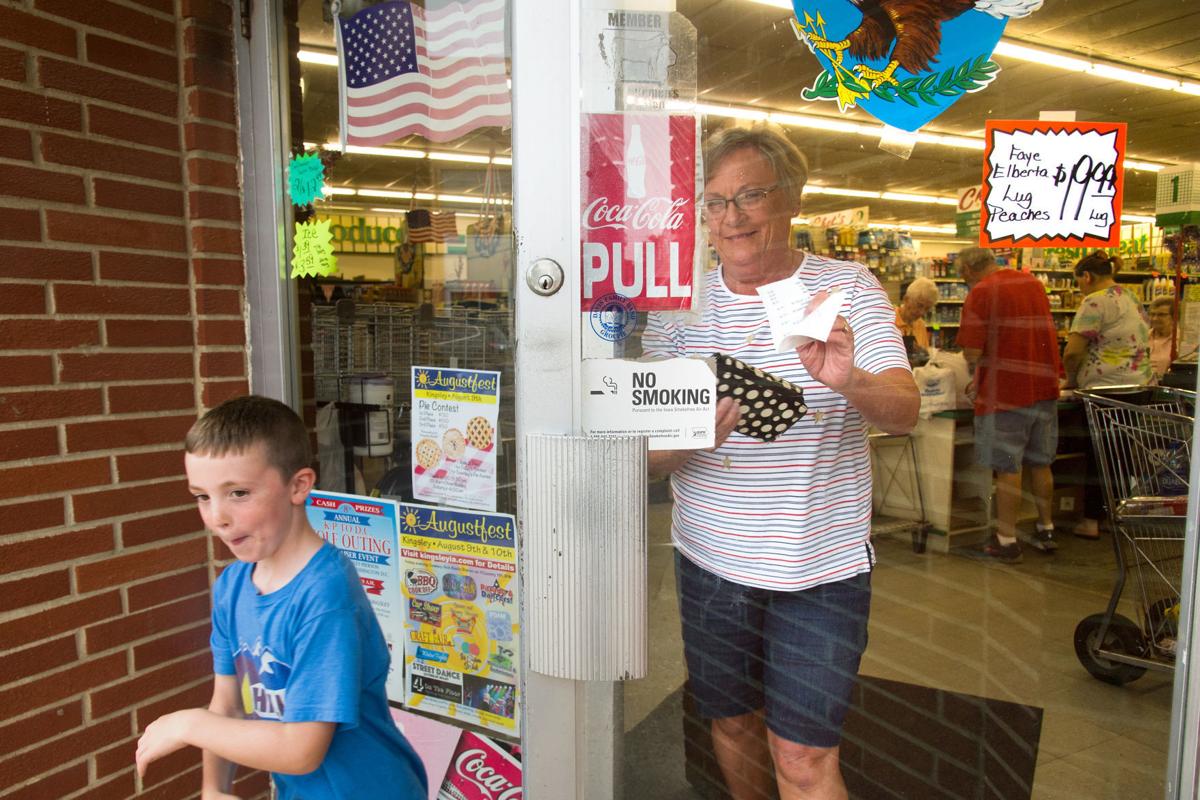 Brogan Spooner, 6, of Grimes, exists Chet’s Foods after shopping with his grandmother, Jolene Spooner, of Kingsley. Some Kingsley residents, worried about Chet's Foods' future, have circulated a petition that aims to keep Dollar General from opening a store in the Plymouth County town of about 1,400.

Bob Powell, of Kingsley, shops at Chet’s Foods on Aug. 2. Some Kingsley residents, worried about Chet's Foods' future, have circulated a petition that aims to keep Dollar General from opening a store in the Plymouth County town of about 1,400. 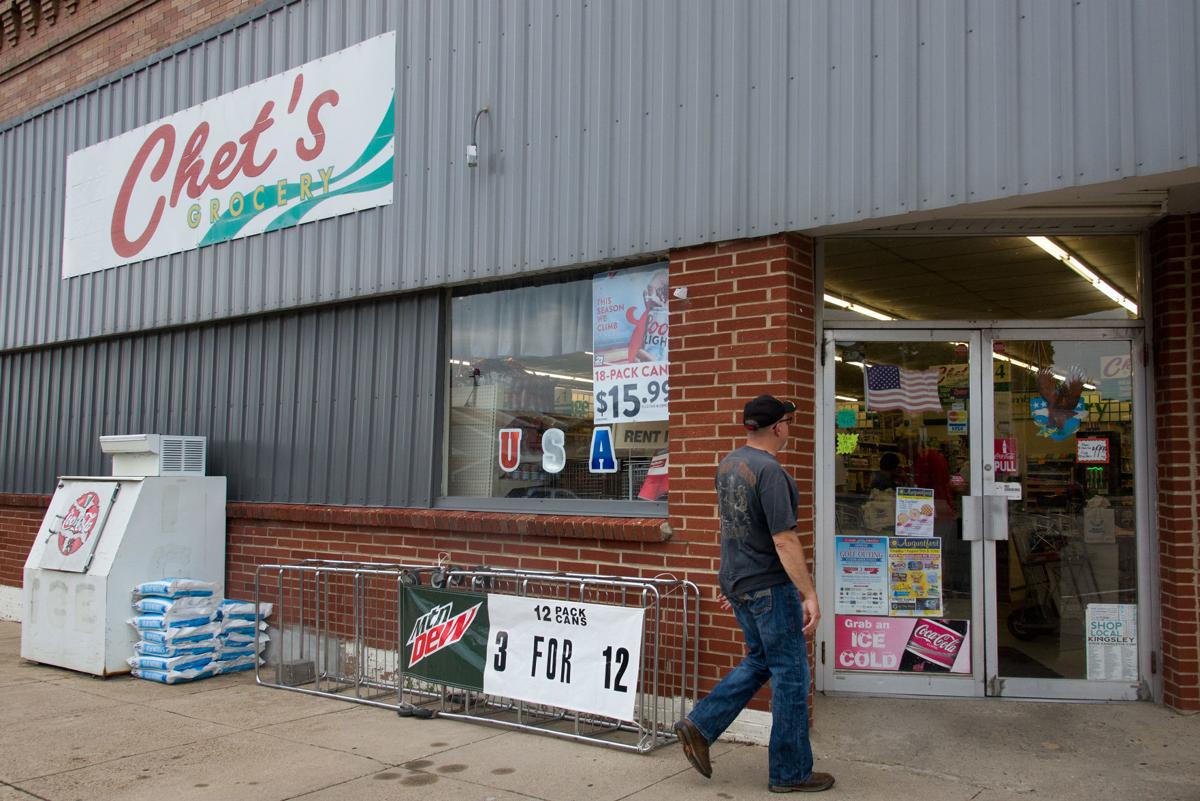