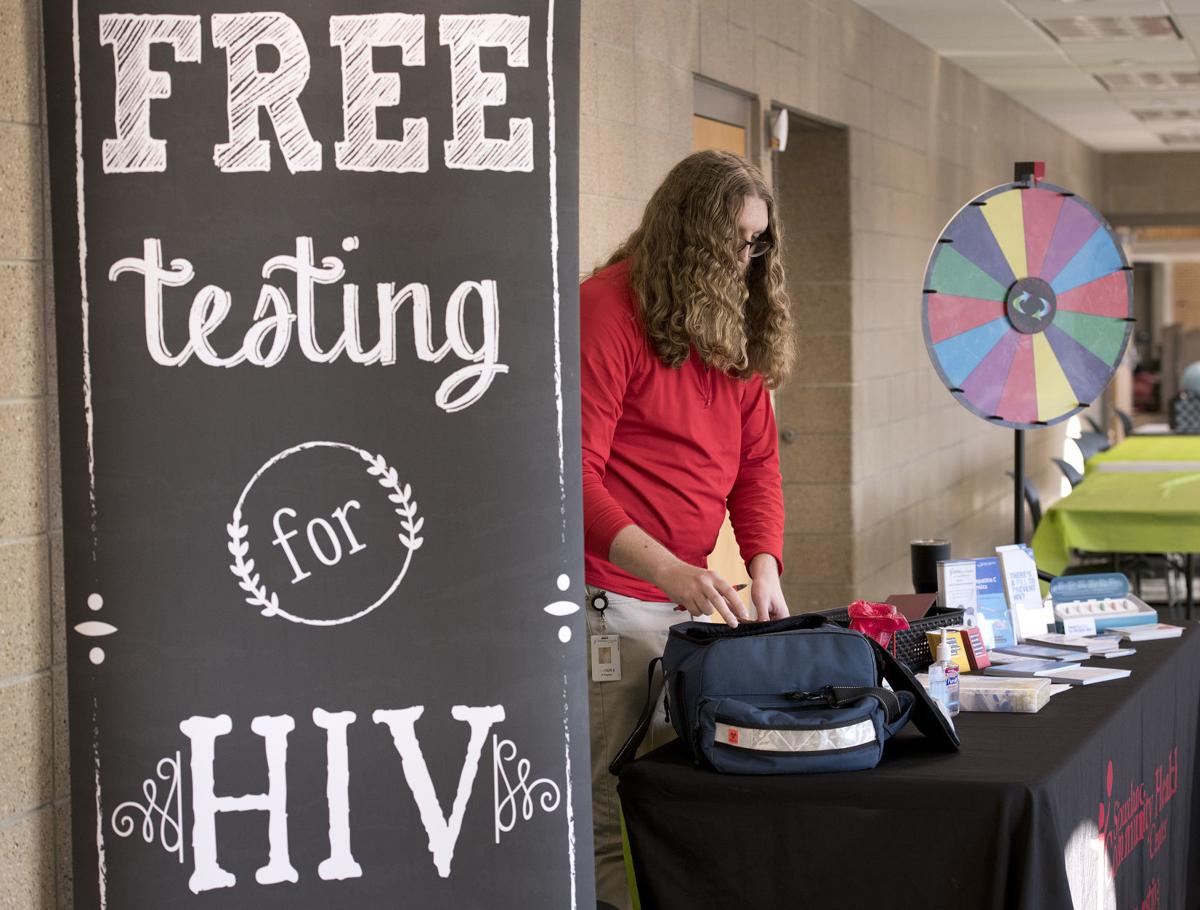 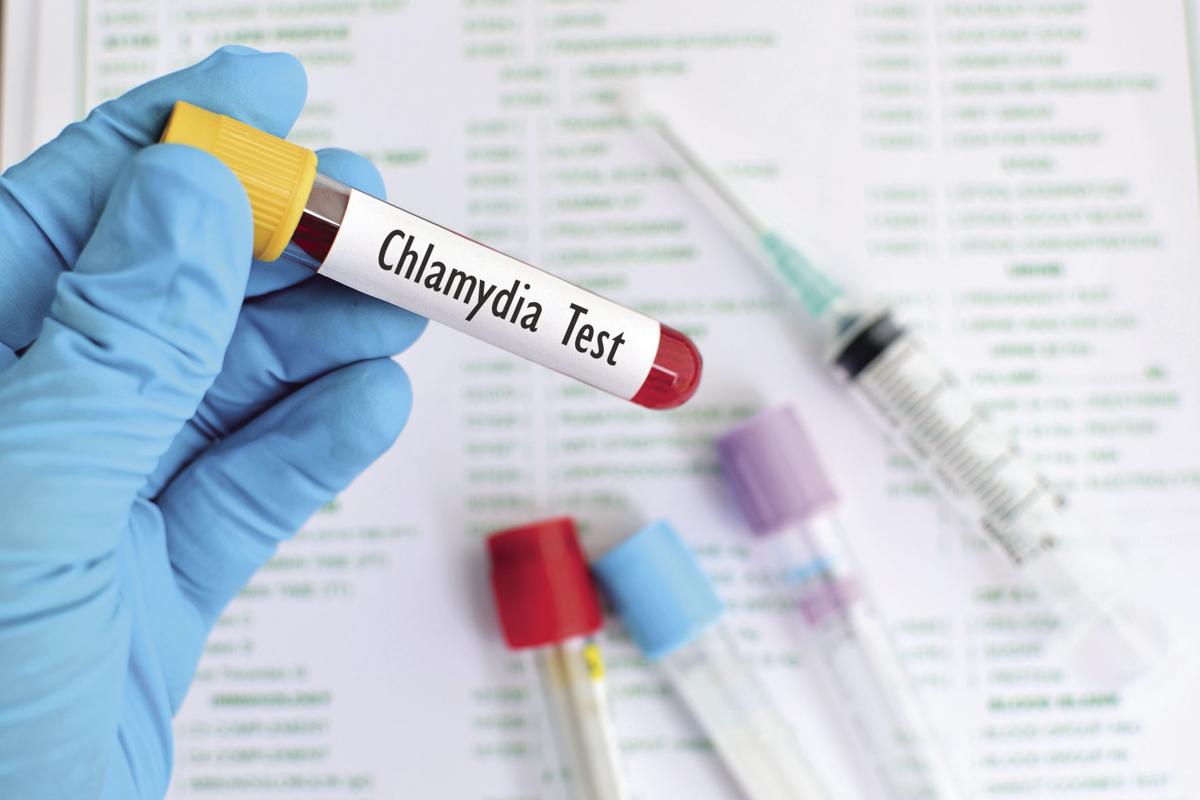 A total of 343 cases of gonorrhea were recorded in 2018 in the county, up 99 percent from the 172 cases reported in 2017, according to new data from the Iowa Department of Public Health. During that same one-year period, chlamydia jumped 33 percent, from 524 cases to 699.

Chlamydia is the most commonly reported STD in the United States, and it is prevalent among young people, according to the Centers for Disease Control and Prevention. The CDC says an estimated 1 in 20 sexually active young women age 14-24 has chlamydia.

Like chlamydia, syphilis and other STDS, Gonorrhea, a bacterial infection, can cause infertility, ectopic pregnancy and increased HIV risk, if left untreated.

"Gonorrhea always kind of ebbs and flows," said Tyler Brock, Siouxland District Health Department deputy director. "For whatever reason, we are on a high note and it has been significant. It's not just Woodbury County, it's the state of Iowa in general."

The IDPH reports that the number of individuals diagnosed with gonorrhea has more than doubled in the state since 2015, reaching 4,839 known diagnoses in 2018. After a few years of leveling off, preliminary 2019 data indicates that syphilis may also be on the rise in Iowa again.

The CDC's annual Sexually Transmitted Disease Surveillance Report indicates that a number of factors could be driving the nationwide increase in STDs, including drug use, poverty and unstable housing, which reduce access to prevention and care. Decreased condom use among vulnerable groups, including young people and gay and bisexual men, and budget cuts to STD programs at the state and local levels are also cited in the report.

Since the Sioux City Planned Parenthood clinic's closure, Steck said the health center has not only seen an increase in patients seeking services for sexually transmitted infections, but also patients wanting birth control and wellness exams. Through its Title X Family Planning Program, the health center offers a number of sexual health services, including STD testing and treatment, education and counseling for sexual safety, and free condoms.

"We still have patients coming to Siouxland Community Health saying they have not been seen by a provider since Planned Parenthood closed because they did not know where to go for nonjudgmental reproductive health care services," Steck said. "We have been doing marketing and outreach to inform the public of the Title X and preventive health care services we offer."

"When you present to an STD clinic, they assume that you're there for those types of tests," she said. "You go to your primary care physician and they talk about heart disease and diabetes and that kind of stuff. The focus of the conversation isn't around sexual health."

STD testing has ramped up in Iowa in recent years, which likely accounts for a portion of the increase in positive results, according to Brock, who said advances in technology have allowed for outreach testing to occur in non-traditional settings, including concerts. He said more testing of extragenital sites, such as the throat and rectum, is also occurring.

"We know that we are getting positive cases from those sites, as well," he said.

Gonorrhea cases on the rise in Iowa, Woodbury County

STDs can cause sores, itching, abdominal pain, fever and frequent urination, but a person may not know they are infected for years due to a lack of symptoms.

Antibiotics can cure syphilis, chlamydia and gonorrhea, but gonorrhea has become more difficult to treat as some strains are now resistant to the drugs prescribed.

Today, the CDC recommends a combination of two drugs, ceftriaxone and azithromycin, to treat gonorrhea. Steck said it's important that patients get tested for gonorrhea, get treated if they have it and then return to the clinic to ensure that the treatment was effective.

Young people between the ages of 15 and 24 account for more than half of all new STD infections that occur in the United States each year, according to the CDC.

Steck cited "lack of education" and "poor education among adolescents" as another potential factor in the rise in STD cases.

Twenty-seven states, including Iowa, mandate both sex education and HIV education, according to the Guttmacher Institute, a research and policy organization that seeks to advance sexual and reproductive health. South Dakota and Nebraska do not have such a mandate.

Even in states where sex education is required, the content being taught can vary widely. In Iowa, curriculum decisions are left up to individual school districts.

The Iowa Code states that each school board must provide "age-appropriate" and "research-based" instruction in human growth and development in grades one through 12 that includes human sexuality, self-esteem, stress management, interpersonal relationships, domestic abuse, HPV and the availability of a vaccine to prevent HPV, as well as acquired immune deficiency syndrome or AIDS. But the law doesn't prohibit a school or school district from offering an abstinence-based or abstinence-only curriculum. Parents or guardians are also allowed to opt their children out of instruction.

In the Sioux City School District, sexual health education is not a standalone curriculum piece, but taught under the umbrella of health.

Jim Vanderloo, director of secondary education for the district, said the district has health teachers in each of its schools with "different expertise." If a teacher cannot address an issue, he said the district may "call in supports from community health or district health" to be guest speakers.

"We start teaching health from K-12. It's nothing that is done in isolation. It's on a continuum through every grade and each grade touches on a little bit of something different and is delivered differently," Vanderloo said.

Steck said many area schools used to rely on Title X grantees, which the health center is one of, to teach students "medically accurate, age appropriate, comprehensive sexual health curricula." That changed after President Donald Trump took office in January 2017. Now, clinics that receive funding from the federal grant program have to promote abstinence when invited into schools.

"If they have a Title X educator come into the school system, what they will be presenting to the students is abstinence-only, so that's why it falls mainly on a gym teacher or a health teacher," Steck said. "If you don't feel comfortable talking about this stuff, that information is not going to carry over well to the adolescents."

Carol Garvey, a registered nurse and director of Student Health Services at Morningside College, said sexual health education and STD prevention efforts are ongoing at the private Sioux City college on a daily basis through poster campaigns, tabling events and one on one discussions in the student health center.

"I think knowledge and practice are definitely two different things," Garvey said when asked if she thinks students, who come from around the country and the world, are equipped to make healthy choices when they first set foot on campus. "Some students are in the party mode and choices aren't good."

Although the Sioux City college doesn't provide STD testing on campus, (Students are referred to Siouxland District Health Department), Garvey said she does talk with students in her exam room when they come in for services about the implications of having multiple sexual partners and not being tested for STDs. Garvey said free condoms are available if students need them.

"We try to be proactive and supply what we need for safer sex for those that are having it," she said.

A former Briar Cliff University student was arrested Oct. 24 after the Iowa Division of Criminal Investigation was notified that five males ranging in age from 17 to 19 years old from the Harlan, Iowa, area had been paid with checks to engage in sexual activities with him in his dorm room in the Sioux City college's Alverno Hall.

Earlier this month, Davion Sandifer, 20, of Austin, Texas, pleaded guilty to two counts of forgery, a class D felony, and five counts of criminal transmission of a contagious or infectious disease, which are serious misdemeanors. He faces up to five years in prison for each felony count.

After Sandifer's arrest, Briar Cliff issued a statement that called the allegations "unsettling." The statement also said that policies and protocols are in place to "ensure a safe and secure environment." A spokeswoman for Briar Cliff told The Journal she could not find a representative from the college to talk about STD prevention and education efforts on campus.

Steck said research shows that adolescents whose parents are involved in sex education are more likely to delay becoming sexually active and use condoms when they do eventually have sex. She advises parents to start sexual health education at an early age by talking to their children about appropriate names for their body parts. She said watching TV or looking at magazine covers while waiting in line at the grocery store could turn into a teaching opportunity.

Siouxland Community Health Center offers the following services through its Title X family planning program from 8 a.m. to 8 p.m. Monday and Wednesday and from 8 a.m. to 5 p.m. Tuesday, Thursday and Friday:

SIOUX CITY -- With daytime temperatures in the Sioux City area hovering around the freezing point, most of the snow that fell Sunday melted on…

The state last week notified a private company that manages Iowa’s Medicaid program that nearly $44 million in funding is being withheld until the managed-care organization complies with contract obligations.

House members took up the bill after a family said a 40-year-old flight instructor wait until their daughter reached Iowa's age of legal consent to initiate a sexual relationship, for which there was no legal recourse.

In the first five months of 2019, the health department administered 4,375 doses of various vaccines to 1,188 patients of various ages. It provided 1,834 fewer doses to 406 fewer patients through May 27 of this year. 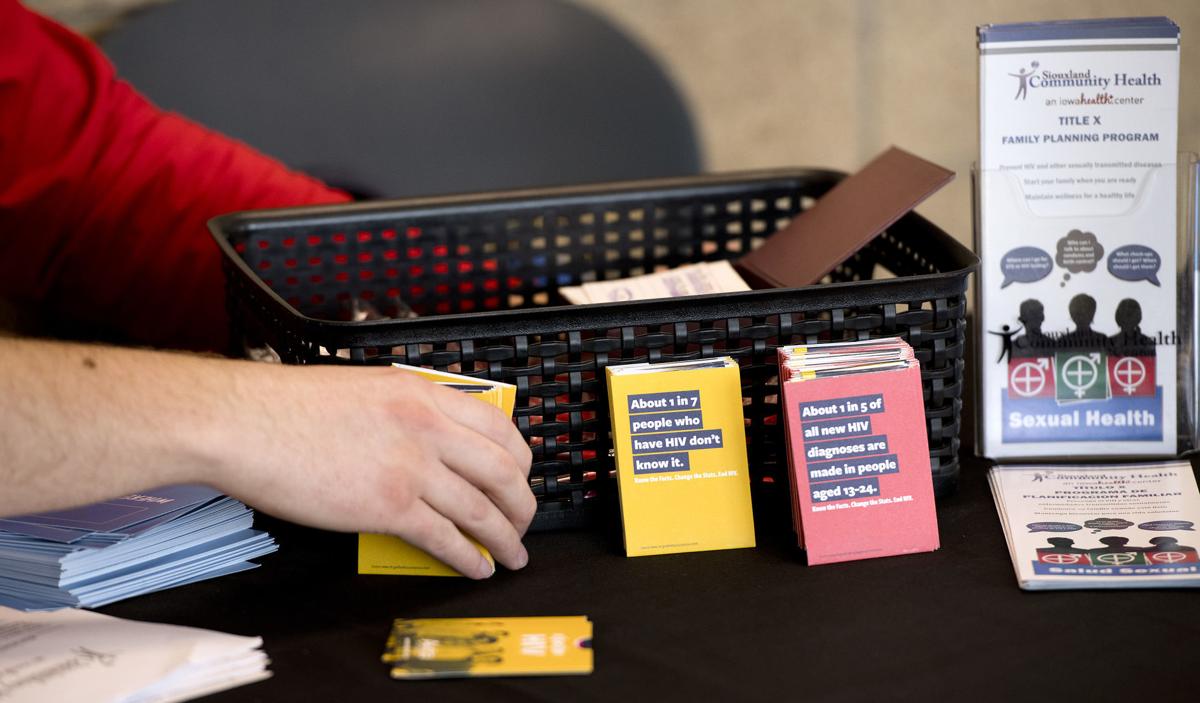 Carter Smith, an HIV case worker at Siouxland Community Health Center, sets up a booth in an exposition area at the 2019 Be The Change Youth Mental Health Conference held Dec. 18 at Briar Cliff University in Sioux City. About 250 area high school students attended the conference. 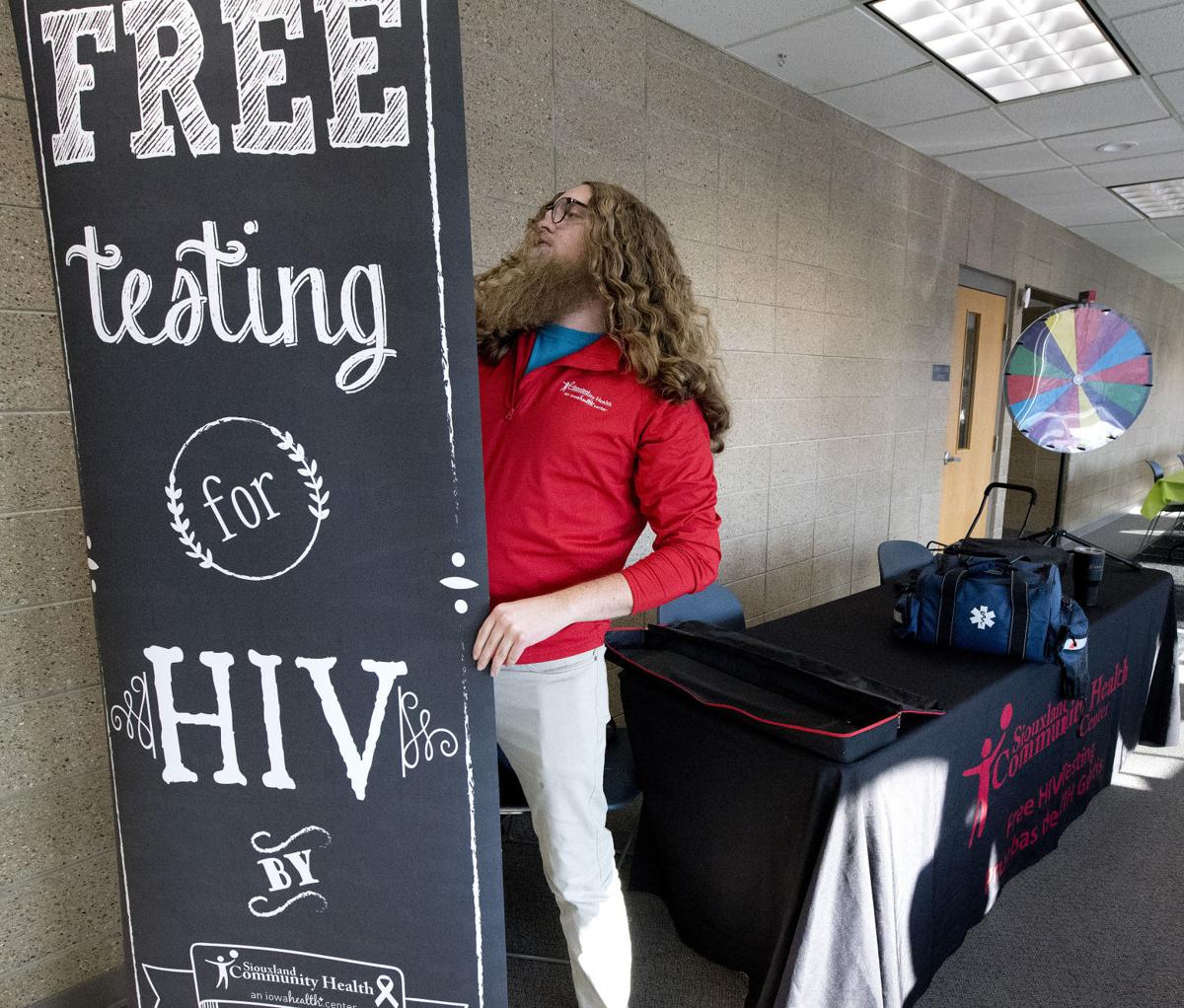