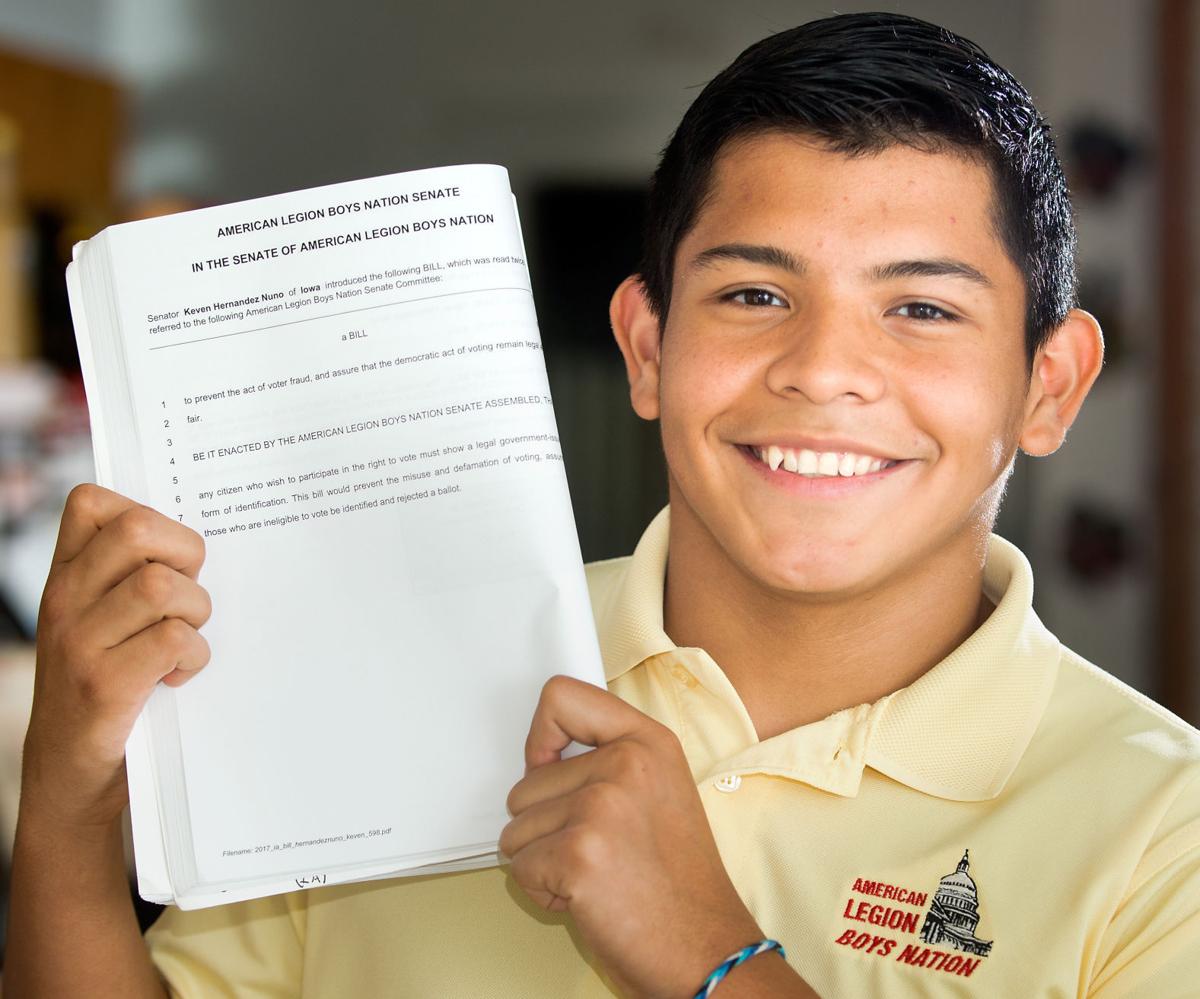 Keven Nuno, 17, shows off a bill he wrote and introduced as a senator for the American Legion's Boys Nation.  "It was immediately killed in committee," the aspiring politician said. "I think that happens more often than people think." 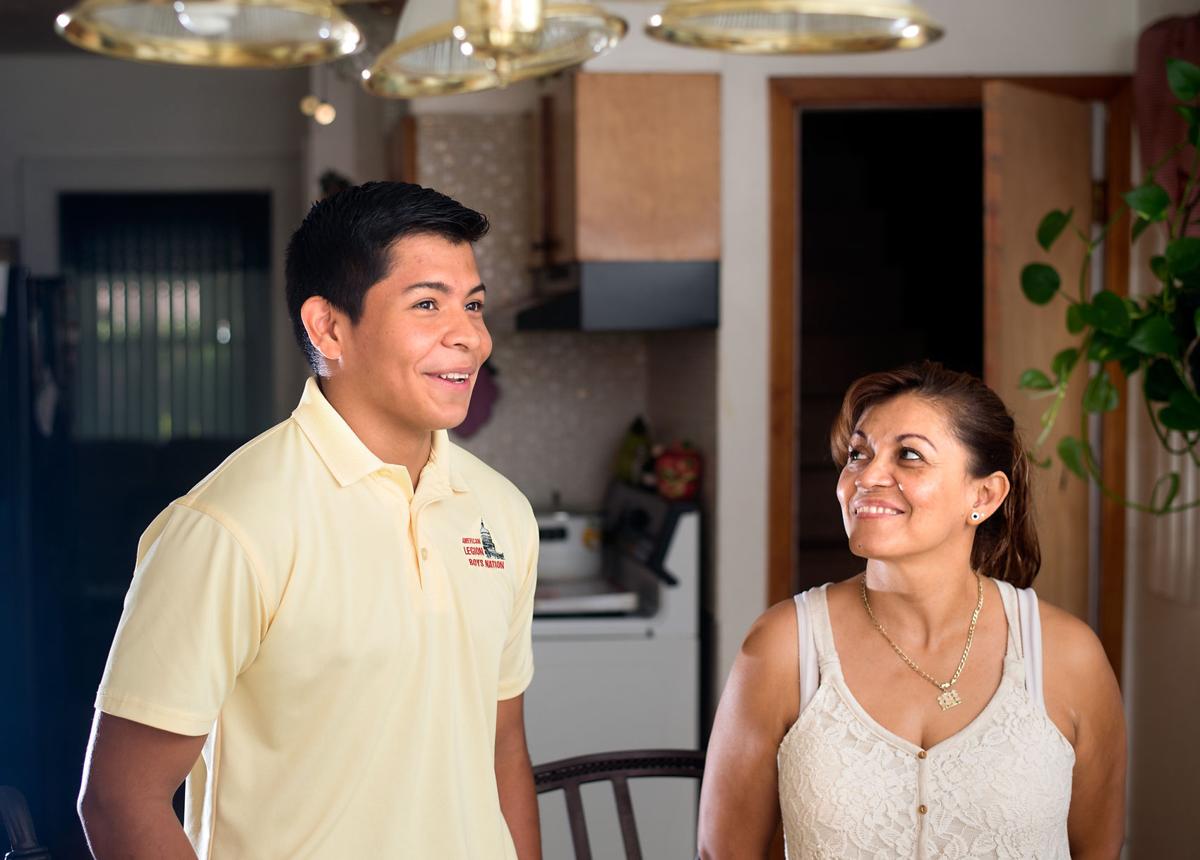 Keven Nuno, 17, talks about the eight days he spent as senator at the American Legion's Boys Nation while his mom, Olga Hernandez, looks on. 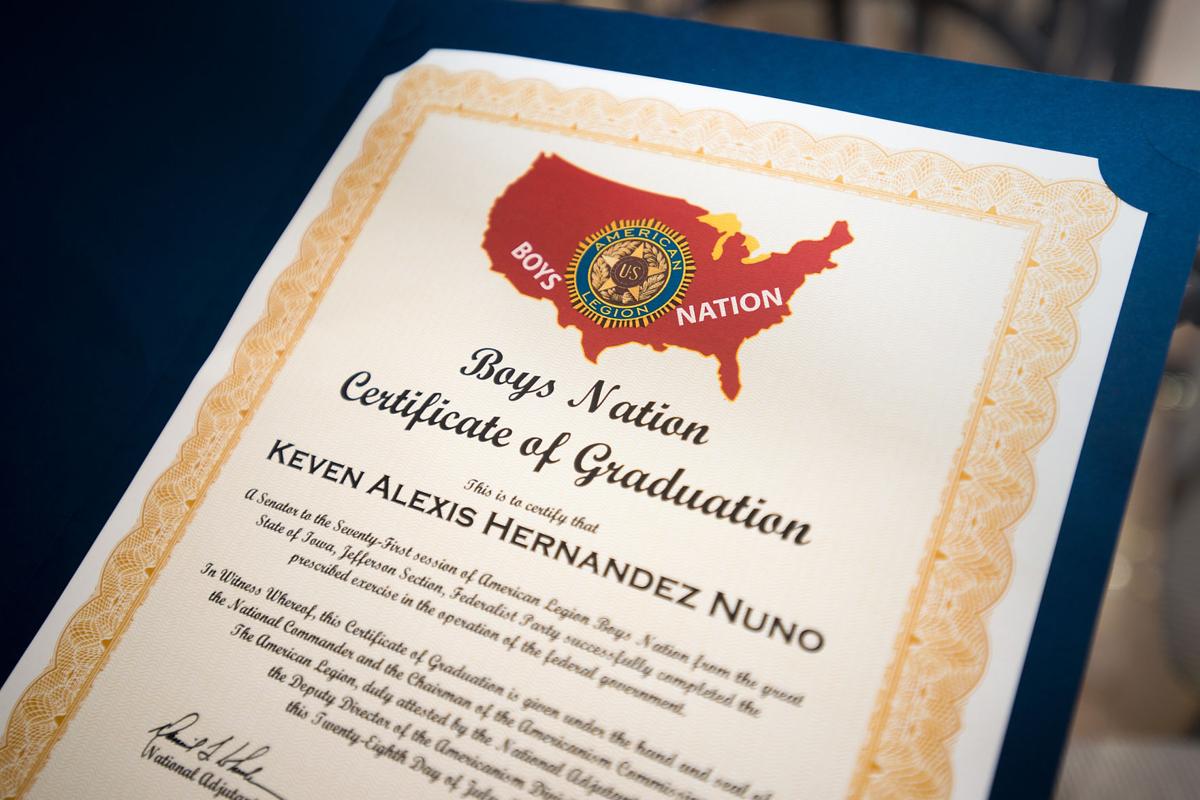 Keven Nuno is especially proud of the graduation certificate he earned after attending the American Legion's Boys Nation. 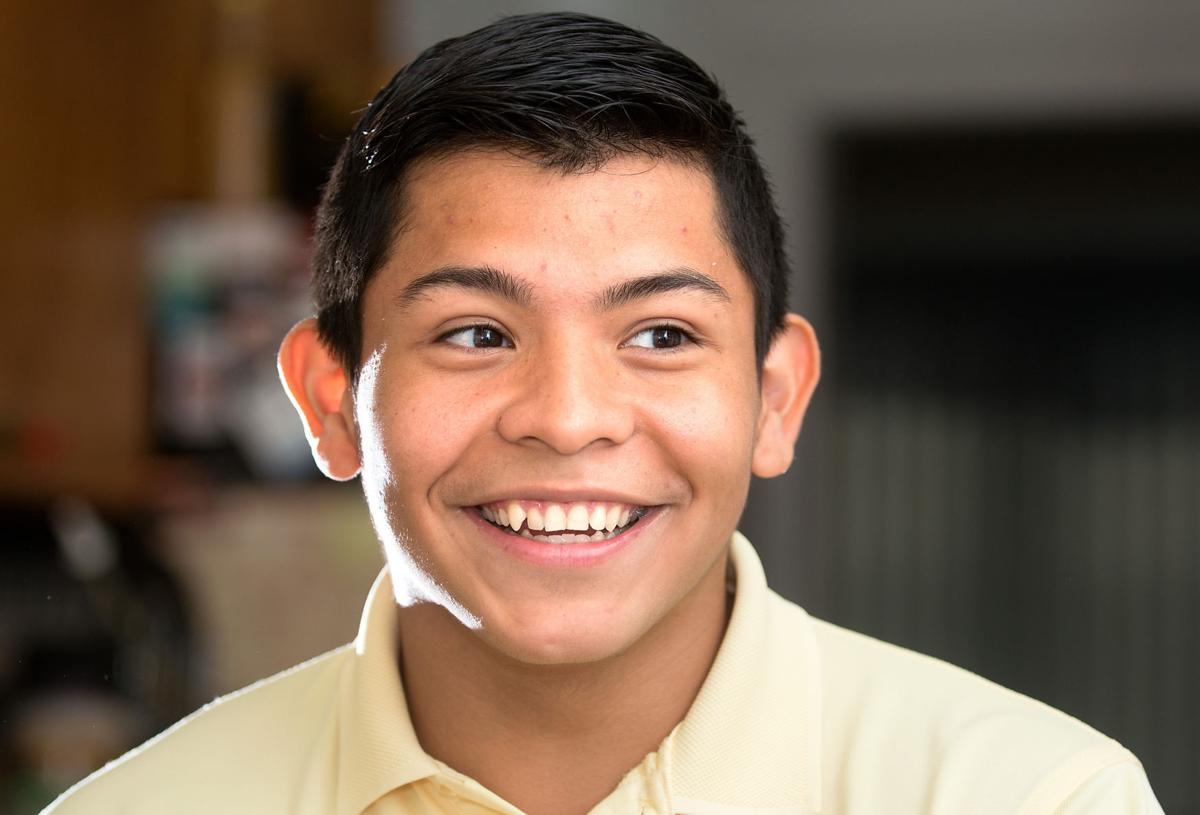 SIOUX CITY | Keven Nuno, 17, was one of the two high school civic leaders chosen to represent Iowa during the American Legion's Boys Nation in Washington, D.C. from July 21-28.

Since 1946, Boys Nation representatives from each of the Boys Nation states have been given hands-on training in how the federal government functions.

The gregarious Nuno readily admitted to being a bit of a political junkie.

However, Nuno had never heard of Boys Nation -- nor did he know about the week-long Iowa American Legion Hawkeye Boys State held from June 11-16 in Johnston, Iowa -- until he was encouraged to interview for a slot.

"First, I interviewed with members of the Morningside American Legion Post 697," he explained. "They chose me to be (one of the 500 Iowa high school students) selected to attend Boys State. But they did give me one major suggestion."

"That I immediately work on my handshake," he said. "You can tell a lot about a person by his handshake and mine was considered a bit soft. My handshake had never been questioned before but I sure took their advice."

Not only was Nuno elected to serve as the attorney general for a Boys State exercise that mimics the legislative processes of government but, through another rigorous interview with American Legion members, he was selected to advance to Boys Nation in Washington, D.C. (Ethan Lowder from Cedar Rapids was the other Iowa delegate.)

At Boys Nation, attendees are divided into two political parties: the Nationalists and the Federalists. Each party holds a convention, sets a platform and nominates members for such offices as president, vice president and senate.

In addition, each senator writes, introduces and debates a bill of his choosing before an appropriate committee. If successful, the legislation is voted on by the entire senate. If passed, the bill can be signed -- or vetoed -- by the Boys Nation president.

And how did Nuno's voter ID bill fare during the mock assembly?

"It was immediately killed in committee," he said, shrugging. "I think that happens more often than people think."

Outside of that defeat, Nuno was able to visit such sites as the Lincoln Memorial, the Vietnam Veterans Memorial and the Korean War Veterans Memorial. He also met with Sens. Charles Grassley and Joni Ernst on Capitol Hill.

"Both senators were very kind and down to earth," he said. "It was a pleasure to meet them."

It was Nuno's visit to the White House, however, that revealed how polarizing today's politics can be.

"You have to remember this was the week when (White House Chief of Staff Reince) Priebus resigned; the U.S. Senate voted against repealing the Affordable Care Act; and Boys Nation members met with President Donald Trump in a Rose Garden ceremony," he said. "We were witnesses to all of that coming to a head."

In fact, some Boys Nations representatives weren't looking forward to meeting the contentious commander in chief. Nuno said he was proud to meet Trump.

"Whether or not you like the president, you have to respect the office," he said. "I'm conservative, so I like the man and I like the office."

What were Nuno's initial impressions of the 45th?

"The president is 6-foot, 2-inches tall and I'm 5-foot, 6-inches tall," Nuno said. "(Trump) would be intimidating even if he wasn't president."

As monumental as the meeting was, Nuno said the real highlight of Boys Nations was gathering with other students from other parts of the country.

"At Boys State, I was able to meet with the best that Iowa has to offer," he explained. "At Boys Nation, I was able to rub shoulders with the cream of the crop for the entire country. It was a real honor."

Since returning, Nuno has been preparing for his senior year at East while making plans to attend either Drake University or Simpson College.

"If I wanted to shoot for the stars, I'd even apply to Stanford University," the aspiring lawyer said.

Which shouldn't come as a surprise for those who know the son of Mexican immigrants.

Even though he still translates whenever his parents have medical appointments, Nuno credits them for an enormous work ethic.

"You'll never get anywhere if you're not willing to work hard," he said.

Boys Nation, he added, was "incredible."

SIOUX CITY | Who knew that the fast-paced world of 3D printing could be so excruciatingly slow?

HORLYK: WIT rugby players train to be perfect on the pitch

Scientists in the making: 4-H Club kids show off new set of skills

SIOUX CITY -- Dane Michael Rath may be a mechanical engineer in the making.

SIOUX CITY | Anthony Patton, a junior at Morningside College studying political science, has a lot on his plate -- he runs cross country and t…

SIOUX CITY | The Bishop Heelan Catholic School system announced in a Friday press release that school will begin on August 23 and 24.

AMES, Iowa | The movers and the shakers responsible for improving the quality, quantity and availability of food around the world were in Des …

Watch Now: Should my kid get the COVID vaccine?

Keven Nuno, 17, shows off a bill he wrote and introduced as a senator for the American Legion's Boys Nation.  "It was immediately killed in committee," the aspiring politician said. "I think that happens more often than people think."

Keven Nuno, 17, talks about the eight days he spent as senator at the American Legion's Boys Nation while his mom, Olga Hernandez, looks on.

Keven Nuno is especially proud of the graduation certificate he earned after attending the American Legion's Boys Nation.