SIOUX CITY -- We all remember our first car, no matter how shiny and new or rusty and old it was. Regardless of its condition, the memories created with it remain a part of us.

Brig. Gen. Larry Christensen has similar feelings when he drives onto the 185th Air Refueling Wing's base in Sioux City. On the way to the administration building, he passes an A-7 Corsair II fighter jet on static display.

It was the first airplane he flew as an Iowa Air National Guard member.

"Every time you drive by it, you have a smile on your face," Christensen said. "It's like your first car. Whenever you see it, you remember how it was. You still have that good feeling toward it."

Christensen now is the last active member of the Iowa Air National Guard who once flew the A-7, a distinction that drew a smile and a chuckle.

"At first I thought what a neat thing. Now I'm not so sure," he said, recalling his younger days, when he'd look around at pilots at the base who flew the F-100 Super Sabre fighters before the base converted to the A-7 and think about how old they were. Christensen shook his head and laughed. Young pilots at the 185th now probably look at him the same way, he said.

"I'm very humbled and proud to be part of this organization and be here for so much history," said Christensen, who's now chief of staff for the Iowa Air National Guard at Camp Dodge in Des Moines after serving as the 185th commander for five years until March 2019.

Of course, fighter jets are a thing of the past at the base. The 185th converted to an air refueling mission in 2003 and now flies the KC-135 Stratotanker.

Though the F-16 was faster and more maneuverable and the conversion to fuel tankers helped secure the base's future, Christensen looks back fondly on the two years he flew the A-7. It remains his favorite of the three planes.

"I'm a little biased because that's what I grew up on," he said. "It was a great airplane. It did what it was designed to do very, very well."

Flown by the Navy and Air Force during the war in Vietnam, the plane was designed to attack ground targets and was armed with bombs, rockets, air-to-ground missiles and a 20mm gun. It could fly as low as 100 feet at speeds up to 420 knots (483 mph) and was a durable plane that could weather damage from ground fire.

Though the 185th pilots never flew the plane in combat, they trained for that possibility, becoming experts in its capabilities.

"To fly that low, that fast, is pretty impressive," Christensen said. "Once you learned how to fly it, it was a very easy airplane to fly."

Growing up, Christensen likely would have been willing to fly anything. From his home south of the base, he watched F-100s and A-7s take off and land. He enlisted in 1986.

"The bottom line is, I just wanted to fly, and this would be a good opportunity to do it," he said of his decision to join the 185th.

After three years of pilot training, Christensen was back in Sioux City flying the A-7. His only overseas deployment in the aircraft was a 30-day training exercise in Belgium. The A-7 he piloted while making the first ocean crossing of his career is on display in Onawa, Iowa.

Though Christensen is the last active Iowa Air Guard member who flew the A-7, a number of 185th ground crew members are still here. During a recent gathering for a photo with the A-7 on display at the base, they smiled and pointed, some walking up to it to remember its various features.

"They worked hard on it and probably loved it just as much as I did," said Christensen, who is no longer a full-time Air Guard member.

Still subject to deployment, he is no longer required to stay current with his flight training.

His flying days for the military are likely over, but the memories of piloting three different planes for the 185th continue to live on.

Especially memories of that first one.

The parade had roughly half the number of floats compared to a normal year, but included firetrucks, tractors, classic cars, riding lawnmowers and all-terrain vehicles, a big inflatable Santa Claus on a float, horses and at least one boat. 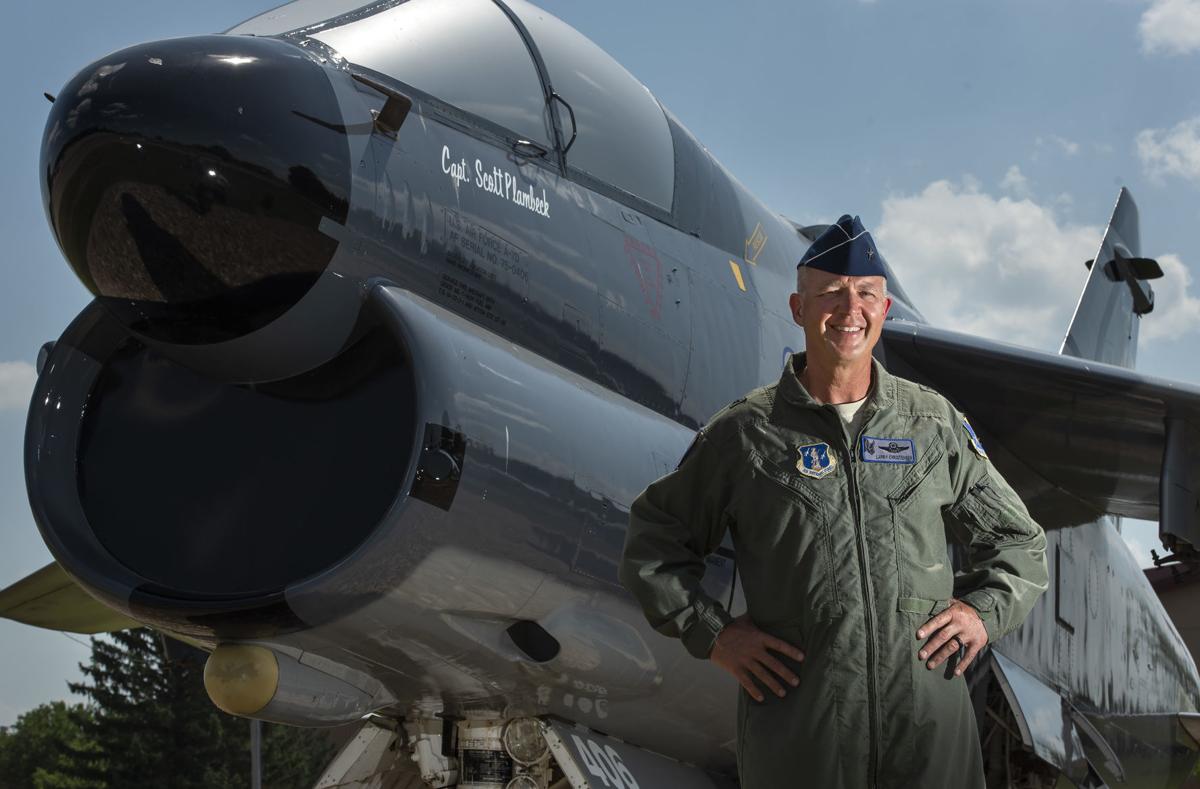 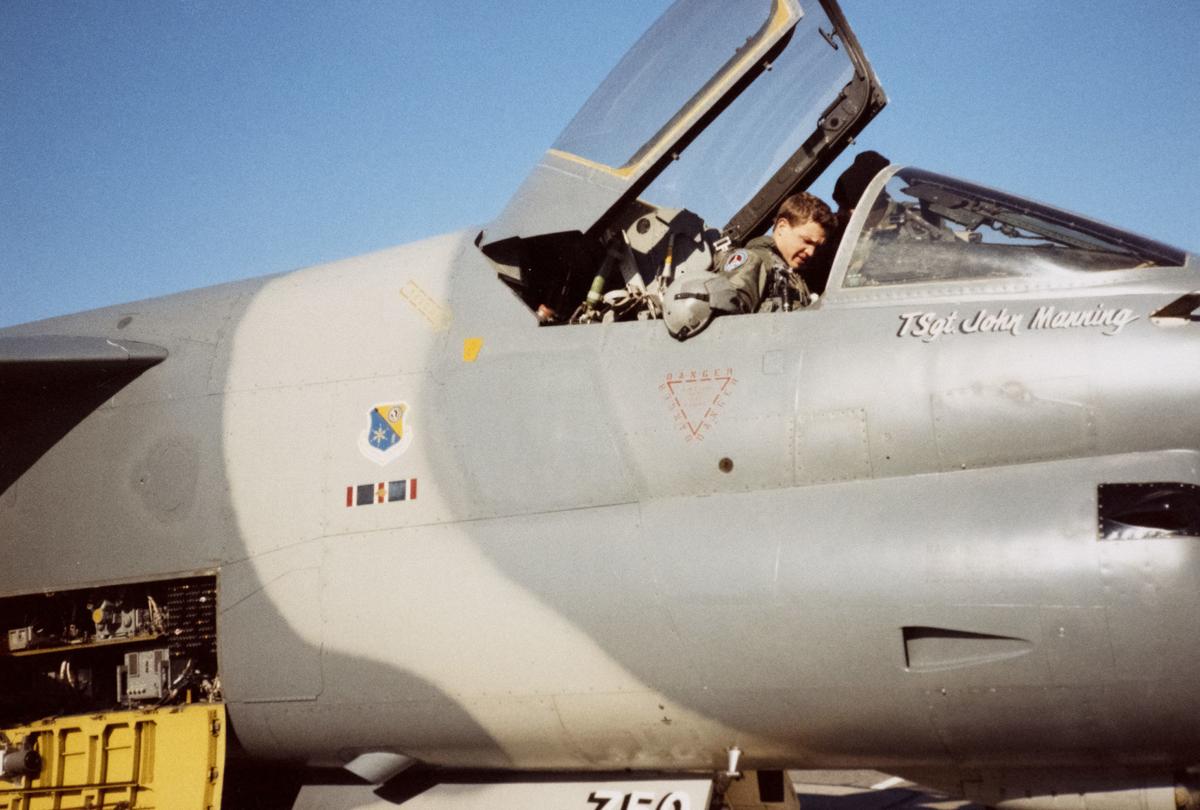 Iowa Air National Guard Brig. Gen. Larry Christensen is strapped into the pilot seat of an A-7 Corsair II in this undated photo he provided to The Journal. Pilots of the 185th Fighter Wing, now known as the Air Refueling Wing, in Sioux City flew the A-7 fighter jets from 1977 to 1991, when they were replaced by the F-16 Falcon. 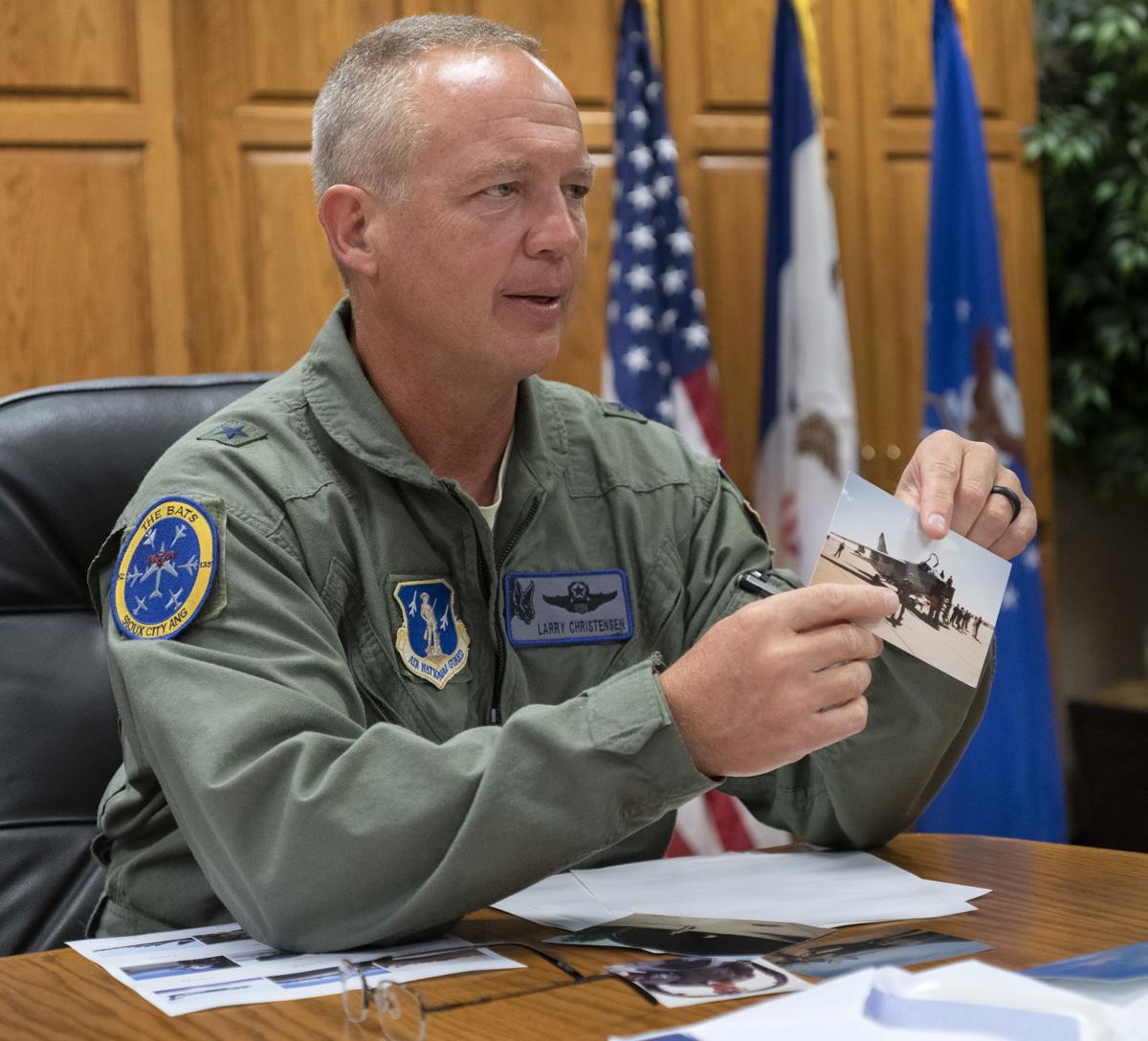