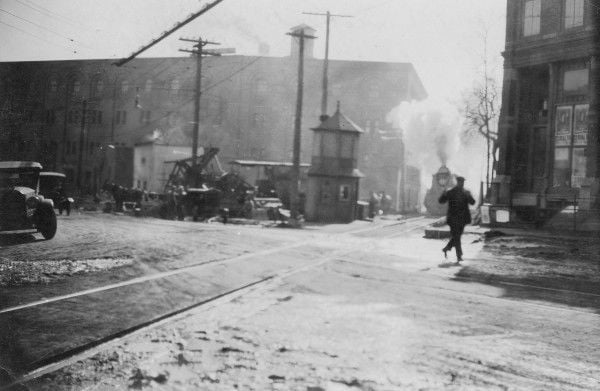 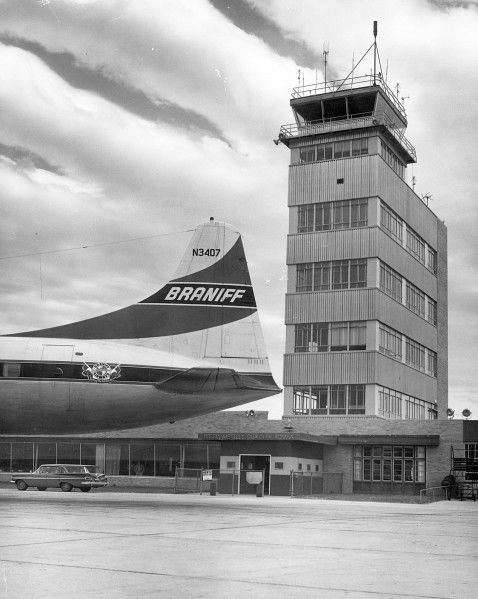 The Sioux Gateway Airport control tower is shown in the 1960s. It was announced the structure would be replaced in 1988.

FIRE MATTERS: The new fire ordinance is expected to do away with the volunteer force entirely and place the department on the monthly pay roll. It provides for four men for each company, or sixteen men in all, at a salary of $60 per month. It also provides for a chief and one assistant.

INMATE DIES ATTENDED BY PETTY CRIMINALS: Wednesday evening the patrol wagon had been called to the corner of Clark and Seventh streets to look after a man who was either drunk or sick, and he had been taken to the calaboose for the night. Claiming to have neither friends nor acquaintances in the city, he was permitted to remain there during Friday and Friday night. Yesterday, during a violent spell of retching, he died, greatly to the surprise of the inmates. The police say the man had been offered medical aid, but he refused to have a physician. Inmates testified that his sickness was the result of a long and successful debauch, and that his system was “out of gear” because the Le Mars whiskey was so poisonous.

DANGER CROSSINGS: Safeguards maintained by railroad companies and the Sioux City Service company at several so called “danger crossings” in Sioux City are sufficient, according to a report made yesterday to the city council by Councilman Charles O’Shonessy. The report was approved by the council. This means that agitation among Morning Side residents for a watch tower and traffic gates at the East Fourth and Division street crossing has failed, for the present time. O’Shanessay believes flagmen afford better protection than gates.

FIRE TOURNEYS TO CEASE: The swan song of big firemen’s tournaments, as they have been conducted in Iowa, yesterday was sung by Fire Chief Will Burnett of Des Moines, who was in Sioux City to inspect Sioux City’s motor fire fighting apparatus. “Arrival of motor apparatus to supplant horses means the end of the old time tournament," he said. “No more bunk hitches, no more half mile dashes and laying of hose. I say the 1913 tournament of the Iowa State Firemen’s association will be the last.” Fire Chief George Kellogg, of Sioux City, echoed a sad assent.

TRINITY PUPILS: Trinity-Prep Seminary, beginning with the fall term, will accept non-resident pupils. The program is being initiated “for the benefit of young men in Sioux City and the surrounding area who are inclined to the priesthood, but whose families cannot afford the full cost of board and room." Currently there are 110 boys enrolled at the seminary.

LABOR: Because of a labor dispute, the Sioux City packing plant of Swift and Co. has been closed indefinitely on instructions from the firm’s headquarters in Chicago. More than 650 employes are affected.

DEPRESSION PHOTOS: The depression year 1936 is remembered by Clara Worrell, of Hornick, Iowa, for the heat, the drought and the crop failure. “The crops just dried up in the fields,” is the terse way she describes the farm disaster. One of 11 children born to Climbing Hill farmer Andrew Ostermeyer, Clara says the hard time put a strain on her whole family. In the fall of that year, a few miles away, her grandparents, Andrew Ostermeyer and his wife Theresia, learned the bank would foreclose on their farm along the Little Sioux River near Oto, Iowa. In December shortly after they were kicked off their land for failure to repay a loan, photographer Russell Lee, on his first field trip with the Farm Security Administration, was employed to document through still photographs the problems faced by rural people. The best known of the hundreds of Lee’s photographs was of Theresia Ostermeyer’s hands. She and her husband posed for Lee outside their simple frame farmhouse. The photograph was cropped down and was selected by the FSA as an example of respect for human dignity. The picture is said to have been in print more than any Iowa photograph.

AIRPORT TO GET $4 MILLION TOWER: The U.S. Department of Transportation has allocated $4 million for construction of a new air traffic control tower at Sioux Gateway airport, it was announced by Rep. Fred Grandy and Sen. Charles Grassley. The new tower will replace the present one atop the airport terminal which was built in 1952. It will be a free-standing structure, not attached to the terminal. The new tower is to be completed by early 1991.

Correction: An earlier version of this story had incorrect information about when a photo of Sioux Gateway Airport was taken. It has been corrected.

In the story headlined "125 years ago: City moves to pay firefighters" on Page A3 of the Journal's March 3 edition, the photo of Sioux Gateway…

The Sioux Gateway Airport control tower is shown in the 1960s. It was announced the structure would be replaced in 1988.