You are the owner of this collection.
Edit Collection

Catch up quickly on the biggest coronavirus stories from the last 24 hours in Sioux City, our region and the tri-state area, and check updated COVID-19 counts for Iowa, Nebraska and South Dakota.

Welcome to the coronavirus briefing

Here are the biggest stories affecting Sioux City and the tri-state area today: Coronavirus cases are spiking sharply in Iowa counties with major college campuses, a Sioux City murder suspect is asking for a bond reduction after he contracted COVID-19 and the South Sioux City public library will reopen for full services.

DAKOTA CITY -- The Dakota County Health Department reported one new death attributed to the novel coronavirus on Monday, bringing the county's total to 35.

If you need to get tested, visit testnebraska.com to see if you qualify.

25 photos telling the story of COVID-19 in March

Confirmed cases of the coronavirus continued to climb in counties that are home to Iowa's largest public universities, according to statistics released Monday.

State public health data showed Johnson County, home to the University of Iowa, had 1,096 known positive cases as of Monday, a 38% increase in a week. The number of cases began spiking around June 15, with 40 to 50 new confirmed positive cases on most days.

Johnson and Story counties were among the 136 counties the White House included in a list last week showing counties with rising case numbers.

The increases cases has led some owners of bars and restaurants near the universities in Iowa City and Ames to close only weeks after Gov. Kim Reynolds allowed them to reopen.

Iowa health officials and business leaders have urged young people to wear masks and observe social distancing to combat a rise in cases among young adults in college towns.

SIOUX CITY -- The lawyer for a Sioux City man awaiting trial for the death of a 19-month-old girl says her client has tested positive for COVID-19 and needs to be released from custody so he can receive medical treatment.

Public defender Jennifer Solberg said Tayvon Davis needs access to better treatment than what can be provided at the Woodbury County Jail. She is asking that Davis' bond be reduced from $200,000 to $50,000, enabling him to bond out of jail by posting 10 percent, or $5,000.

A hearing is scheduled for 3 p.m. Tuesday.

Davis tested negative for the virus earlier this month.

"The jail cannot keep inmates safe in its facilities," Solberg said in her motion for a bond reduction.

Assistant Woodbury County Attorney Kristine Timmins has resisted Solberg's motion, saying that Davis has access to medical care while in jail, his symptoms were mild, and he has since recovered.

Davis' recovery was news to Solberg, who said Davis learned of his positive test Thursday or Friday.

At a bond reduction hearing earlier this month, Solberg said COVID-19, a respiratory illness, was a greater threat to Davis' health because he has asthma. District Judge Tod Deck denied the request.

Woodbury County Sheriff's Sgt. Randy Uhl testified at the June 15 hearing that 14 jail inmates had previously tested positive for the virus. Wingert said that as of Monday, there were six confirmed cases of COVID-19 among the jail's inmates. All inmates who test positive are isolated from the rest of the jail population, he said.

Davis is suspected of injuring his girlfriend's daughter numerous times from July 1, 2018, until Aug. 22, 2018, when she was taken to a Sioux City hospital unresponsive. She died three days later at an Omaha hospital.

An autopsy revealed multiple head injuries, retinal hemorrhages in the girl's eyes, a kidney injury and other "intentionally inflicted injuries." Her death was ruled a homicide caused by complications from multiple blunt-force injuries.

The autopsy also revealed previous fractures to the girl's vertebrae and several ribs, and the child's brain and eyes also showed evidence of ongoing abuse. 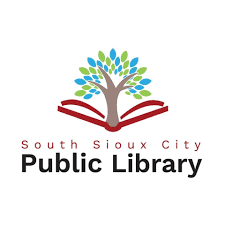 Patrons are encouraged to wear masks and gloves, maintain social distancing rules, and return items in the drop box on the south side of the building.

In addition, patrons can put material on hold. When you arrive, library staff can bring the material to you.

Patrons will no longer need to make appointments but the computers will be distanced. In addition, sanitizing spray will be offered.

As of Monday, the state reported 18,899 cases of COVID-19, according to the Nebraska's online coronavirus tracker. That is an increase of 375 cases since Friday evening.

The number of deaths linked to the coronavirus outbreak in the state increased by 1 to 267 between Friday and Monday.

More than two-thirds of the coronavirus cases reported in the state are in five Nebraska counties: Douglas, Dakota, Lancaster, Hall and Sarpy counties. Each of those counties has reported more than 1,000 cases.

The state said that 41% of Nebraska's hospital beds, 49% of its intensive care beds and 79% of its ventilators remained available Monday.

For most people, the coronavirus causes mild or moderate symptoms, such as fever and cough, that clear up in two to three weeks. For some, especially older adults and people with existing health problems, it can cause more severe illness.

ALGONA, Iowa (AP) — A group still plans to hold a three-day motorcycle rally in northern Iowa that's expected to attract thousands of bikers despite the concerns of local officials that the event could spread the coronavirus.

Local officials usually welcome the annual Freedom Rally held on a farm northeast of Algona, but this year's event planned for Thursday to Saturday has officials worried.

“We have a good relationship with them,” Algona Mayor Rick Murphy told the Des Moines Register. “The bikers are friendly. They’re fun to visit with. ... But this year, everyone is a little more on edge.”

Algona is in Kossuth County, which has had 32 confirmed cases of the coronavirus and no reported deaths, but officials think that could change because of the motorcycle rally, which typically draws 10,000 bikers.

The rally is organized by ABATE of Iowa as a fundraiser for the nonprofit group, which supports motorcycle safety and training. The annual rally was long held in Humboldt before moving in 2002 just north to Algona, a city of 5,400 about 50 miles (80 kilometers) west of Mason City.

David Duffy, the ABATE state coordinator, said the group is encouraging social distancing and is calling for riders to limit trips into Algona.

"We’re taking all the precautions necessary to make this safe,” Duffy said.

The group's website states that participants will have to sign a form that seeks to identify anyone who has been to a coronavirus hot spot and could exclude them from the event.

The website also notes Center for Disease Control and Prevention recommendations but adds, “social distancing is a suggestion by the CDC, not a law. This rally was created and called the Freedom Rally to promote freedom of choice. Attending is just that, freedom of choice.”

Large gatherings were banned earlier in the year but Gov. Kim Reynolds has allowed them to resume.

Murphy said he and other officials emailed the governor's office to suggest she reconsider allowing large gatherings but didn't hear back.

Asked about the message, Reynolds spokesman Pat Garrett said in a text message, “We are not aware of this request.”

David Penton, the Kossuth County Emergency Management coordinator, said local officials are especially worried that after keeping cases low for months, the rally could lead to the disease spreading at a time when cases are rising in other states, such as Florida.

“People are a little discouraged that that could all be thrown into the wind,” Penton said. “We don’t want to be another Florida.”

Noem said the legislative bill was suspended because of concerns over the coronavirus pandemic and the impact the new law would have on licensing.

The suspension of the law which was to have taken effect July 1 will help relieve the backlog on driver's license officers across the state, according to the governor.

The bill changes the required length of time to hold a car or motorcycle instruction permit from 180 days to 275 days.

It changes the age for a mandatory restricted minor’s permit from 16 to 18 and it prohibits passengers outside the immediate family or household for the first six months driving on restricted permit and limits a non-family member during the second six-month period to one person.

According to Noem's executive order, the suspension of the driving law is temporary and “shall continue for the duration of the COVID-19 State of Emergency.”

SIOUX CITY -- Another Dakota County resident has died due to the novel coronavirus.

The Dakota County Health Department announced the Northeast Nebraska county's 35th COVID-19-related death Monday, along with 14 new cases of the virus. Dakota County's case total now stands at 1,778, according to a statement from the health department.

The statement did not cite the age or gender of the county resident who died.

Across the Missouri River, six more cases of the virus were recorded in Woodbury County out of 166 new tests. The Northwest Iowa county had 3,150 total cases as of 6 p.m., according to the Iowa Department of Public Health. Forty-three Woodbury County residents have succumbed to the virus, while 2,658 have recovered.

In their daily joint release, MercyOne Siouxland Medical Center and UnityPoint Health -- St. Luke's said they are caring for a combined 23 patients for COVID-19-related illnesses.

The statement also said that, effective Wednesday, the hospitals will no longer be reporting their daily COVID-19 census.

State statistics, which were last updated Monday, showed that in Regional Medical Coordination Center 3, which includes many Northwest Iowa counties, 33 people were hospitalized with COVID-19, and six had been admitted within the past 24 hours. The region had 109 intensive care unit beds and 94 ventilators available. Five patients in the region were on ventilators, the statistics showed.

25 Journal photos telling the story of COVID-19 in April

There have been 2,658 people who have recovered from COVID-19, 264 total hospitalizations and 219 who have been hospitalized and discharged.

In addition, there have been 43 COVID-19 related deaths in Woodbury County.

I help get our journalism in front of online, mobile and social audiences.