A motion hearing scheduled for Thursday in Dale Williamson Jr.'s case did not take place. A status hearing has been set for April 13, and an April 30 trial date remains on the court calendar, Clay County Circuit Court officials said.

A second player charged in connection with the October incident has pleaded guilty to sexual contact without consent with a person capable of consenting.

Danny Rambo Jr., 21, of Donaldsonville, Georgia, was sentenced Feb. 9 to 180 days in jail. He is scheduled to serve 10 days beginning Nov. 1, and have the remaining 170 days suspended, provided he meets several conditions, including completion of counseling and not possessing or consuming alcohol, marijuana or other controlled substances, for two years. He also must pay a $2,000 fine.

Both players were accused of entering a room while their teammate Adam Harris was having sex with a woman and sexually assaulting her.

According to court documents, Rambo approached the victim from behind without her knowing and inserted his fingers into her vagina.

Williamson twice tried to force the victim to perform a sex act with him, court documents said, and on one of those occasions grabbed the woman by the hair on the back of her head.

Williamson has denied any involvement and told police he was not in the room.

Rambo, a junior defensive back, and Williamson, a sophomore defensive back, both were suspended from the team in October and did not play the remainder of the season. They are not currently listed on the player roster on the team's website.

Harris, a senior defensive back and team captain from Clearwater, Florida, also was suspended. He was not arrested.

VERMILLION, S.D. | Two University of South Dakota football players on Thursday pleaded not guilty to sexually assaulting a woman in a teammate…

VERMILLION, S.D. | While their teammate was having sex with a woman in his room, two other University of South Dakota football players entered…

VERMILLION, S.D. -- A former University of South Dakota football player has been found not guilty of attempted rape.

Sexual assault under investigation at USD 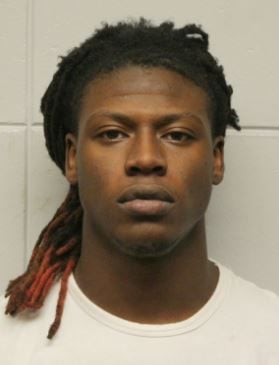 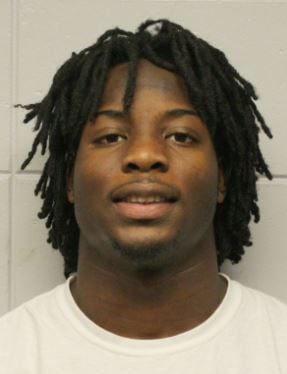