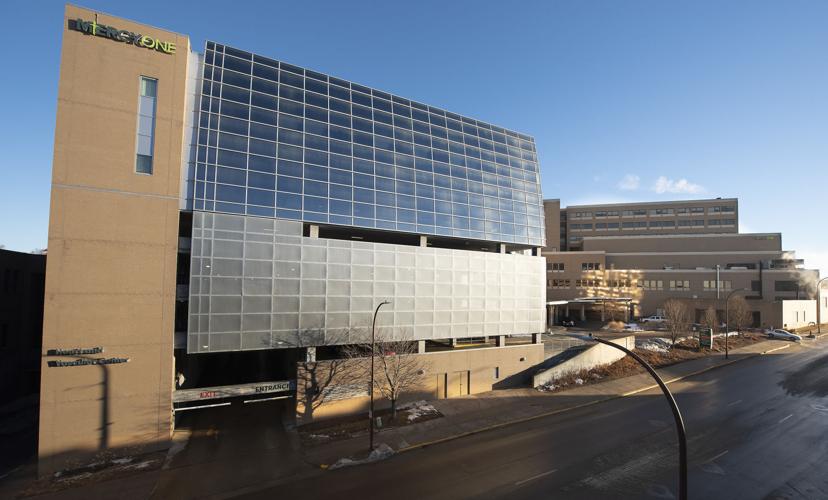 MercyOne Siouxland Medical Center is shown in downtown Sioux City. A former director has sued the hospital, saying she was fired in retaliation for raising concerns about a surgeon. 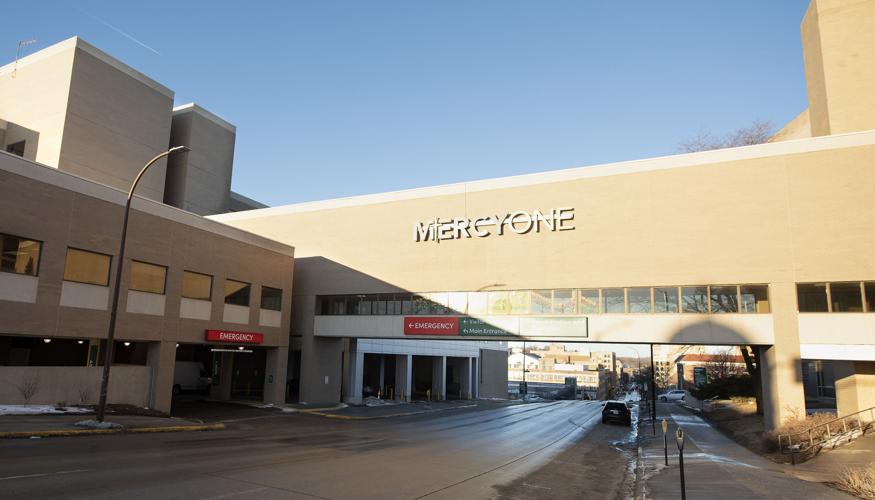 SIOUX CITY -- A former director in MercyOne Siouxland Medical Center's cardiovascular unit has sued the hospital in federal court, saying she was fired in retaliation for filing an ethics complaint against one of the hospital's heart surgeons.

Cynthia Tener says in the lawsuit that nurses and another doctor informed her of concerns about the physician's failure to obtain proper consent from patients, performing unsafe add-on procedures during surgeries and falsifying paperwork.

Tener says Mercy Health Services-Iowa Corp., which does business as MercyOne Siouxland Medical Center, fired her in retaliation for reporting public safety concerns and malpractice to management and the hospital's ethics committee, which is a protected activity. If Mercy's actions against her are allowed to stand, she said, her firing could discourage nurses and doctors from complying with their statutory and ethical obligation to protect patients from undisclosed medical mistakes and malpractice.

A MercyOne spokeswoman said the company could not comment on the allegations.

"MercyOne stands by our cardiac services program, and our commitment to safe, quality care is steadfast. We are dedicated to the fair and valued treatment of our colleagues, physicians and providers as this is central to our values at MercyOne. As this is now an active legal matter, we are unable to provide further comment," said Michaela Feldmann, MercyOne regional communications lead.

Tener was hired in August 2020 as director of the cardiovascular service line, a position that included supervision of cardiovascular nurses and clinic leaders, budgeting and developing and planning the implementation of programs and technology.

According to the lawsuit, a doctor in February 2021 told Tener he was concerned about the surgeon performing risky procedures on patients, an excessive number of add-on procedures and a high mortality rate among his patients. Concerns were raised about the surgeon, who is not named as a defendant in the lawsuit, keeping patients who had little to no chance of recovery on ventilators and other artificial life-sustaining measures for at least 30 days after surgery to protect his outcomes statistics in a national database.

In another instance, the surgeon had opened a patient in the operating room without other treating physicians present and failed to follow the surgical plan that he, the physicians and the patient had agreed upon. The patient died not long after surgery.

In May, the hospital limited the surgeon to surgeries with low patient risk levels. Tener said she was informed the surgeon began falsifying patients' risk scores so he could again perform high-risk surgeries. After notifying her supervisor, MercyOne chief operating officer Timothy Daugherty, Tener said he told her he was "handling it."

After being told the surgeon had not informed a patient that he intended to replace the patient's heart valves, thus invalidating any consent from the patient, Tener submitted a written complaint about the surgeon with MercyOne's internal ethics committee in July. After the surgeon was told Tener had filed the complaint, he confronted her and, while standing inches from her face, screamed at her that she was "nothing but a nurse," making her cry. Tener reported his behavior to Daugherty, who, according to the lawsuit, told her she needed to work harder to build a relationship with the physician.

In October, two nurses filed an internal complaint against the surgeon for falsely documenting a procedure without the patient's consent. The surgeon complained to Daugherty he believed Tener was encouraging nurses to file complaints against him, the lawsuit said.

Tener said she was suspended on Nov. 3 after Daugherty and vice president of human resources Julie Anfinson informed her of complaints she was creating a toxic work environment. Tener was fired six days later.

A Sioux City nursing home has filed a counter lawsuit against a consultant it claims made $2.3 million in transfers and advances not allowed under the two parties' management agreement.

The school district claims a faulty computer charging station, laptop computer or other computer components, all made by Hewlett-Packard Company, led to the Sept. 25, 2018, fire at the district's junior-senior high school in Lawton.

The DNR sued Sioux City in January, seeking what could add up to millions of dollars in penalties for repeated violations at the plant dating back to March 2012.

A contractor hired to decommission and demolish retired coal-burning units at MidAmerican Energy's Port Neal complex is seeking more than $1.4 million in damages it says were caused by the behavior of the energy company's representative to the project.

MercyOne Siouxland Medical Center is shown in downtown Sioux City. A former director has sued the hospital, saying she was fired in retaliation for raising concerns about a surgeon.