SIOUX CITY -- A Sioux City man was jailed on felony and misdemeanor charges after an alleged incident at a Sioux City hospital in which he threatened a doctor and caused hundreds of dollars worth of damage. 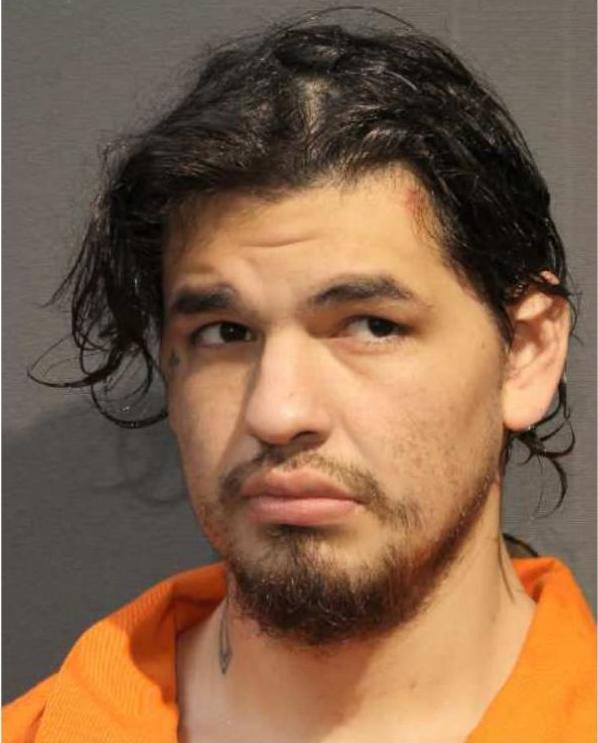 According to a criminal complaint, at around 10:58 a.m. March 27, 25-year-old John Dorcey Monrroy became upset at a doctor at MercyOne Siouxland Medical Center because the doctor had turned out the light in his room.

Monrroy allegedly started yelling and threatening the doctor, prompting the doctor to flee into his office and lock the door.

He then allegedly threw a door through a window and climbed through it to get to the doctor. Staffers were able to get Monrroy to leave without harming the doctor or any other staff.

The cost to replace the security window is estimated at $750, according to a criminal complaint.

When an officer advised Monrroy he was going to be arrested, he replied that he would not be handcuffed. Three officers, plus other security personnel, had to force Monrroy onto the ground to handcuff him, and one officer's glasses and watchband were broken in the process.

The man is wanted by the Woodbury County Sheriff's Office for violating his parole. He is on parole for a sex offense -- lascivious acts with a child.

After the officer shut down a bar open after curfew, and the mayor heard that a patron walked home that night out of fear of getting an OWI, he texted: "Writing citations or arresting people for have [sic] one to [sic] many I will not tolerate!!!"

Police said the victim intervened in a dispute between a man and a woman, after which the suspect, a fourth individual, got involved in the altercation and stabbed the victim in the face.

Robbery suspects caught on opposite sides of Iowa-Nebraska bridge

A female suspect was caught on the Iowa side of the river, police said. The man was captured by officers on the Nebraska side.

Nebraska prisoner caught after brief escape during trip to court

After assaulting the driver of a transport van, the man tried to drive away in the van but got stuck. He was caught in a nearby grocery store parking lot while trying to steal a car.

According to the U.S. Attorney's Office, the man conspired with others to sell more than 50 grams of meth. Co-conspirators traveled to Worthington to deliver meth for subsequent sale in several states, then the brought money back to Denison.

Here are several bookings by the Woodbury County Sheriff's Department from the week of March 26-31. This is not a complete list of bookings.

An initial investigation shows a 44-year-old woman was killed by a gunshot wound inside a home.

A criminal complaint says the suspect became angry as the victim and others were playing with a shotgun in a garage while working on a car, then grabbed a separate firearm. When the victim knelt down while holding the shotgun, the suspect fired.

Anthony Piercy lost his law enforcement license after he pleaded guilty in 2017 to a misdemeanor boat violation as a result of a handcuffed Iowa man falling out of the boat Piercy was operating.

A complaint said the suspect, who was emanating a strong odor of alcohol, had bloodshot eyes, slurred speech and compromised balance, admitted to accidentally discharging the handgun into the victim's buttocks.

Officers called to the store found a 43-year-old woman "highly intoxicated, with red, watery bloodshot eyes" while at work, according to criminal complaints. Observers called the police after seeing the suspect drunkenly knocking items off the shelf.

The 25-year-old woman is wanted by the Woodbury County Sheriff's Office for probation violation. She is on probation for a felony drug offense.

Police say the stabbing was reported in mid-afternoon. Officers found the victim dead inside the residence.

Siouxland Strange: There went all the social distancing

Upon her arrival at the jail, a woman allegedly became physically non-compliant and spit on, or at, three corrections officers and the arresting officer. She did so "knowing the current COVID-19 pandemic," according to a criminal complaint.