Police Chief Ed Mahon said South Sioux City will be the only Nebraska city police department to have the Zero DSR motorcycle.

"South Sioux City has always been innovative when it comes to electric-powered police vehicles," Mahon said, noting that the police department has had a Nissan LEAF police car since 2011. "An electric motorcycle will allow us to patrol areas that a car cannot, specifically in city parks or on bike trails."

Plus an electric motorcycle will allow officers to get around much faster than they could on a bicycle.

The Zero's 100 percent electric powertrain is exhaust-free, virtually maintenance-free and nearly silent. In addition, it will save the police department money when it comes to fuel.

The $24,000 electric motorcycle was purchased with a $12,000 grant from the Nebraska Environmental Trust in addition to money raised by the city.

Mahon said the Zero can also be shown to schoolchildren.

"Police cars can be intimidating to kids in ways that a motorcycle isn't," he said. "It can go a long way in generating positive public relations in the community."

Mahon sad he and other members of the police have already taken to the streets on the Zero. So, how does it handle?

"The Zero is awe-inspiring," Mahon said. "It is a very smooth ride." 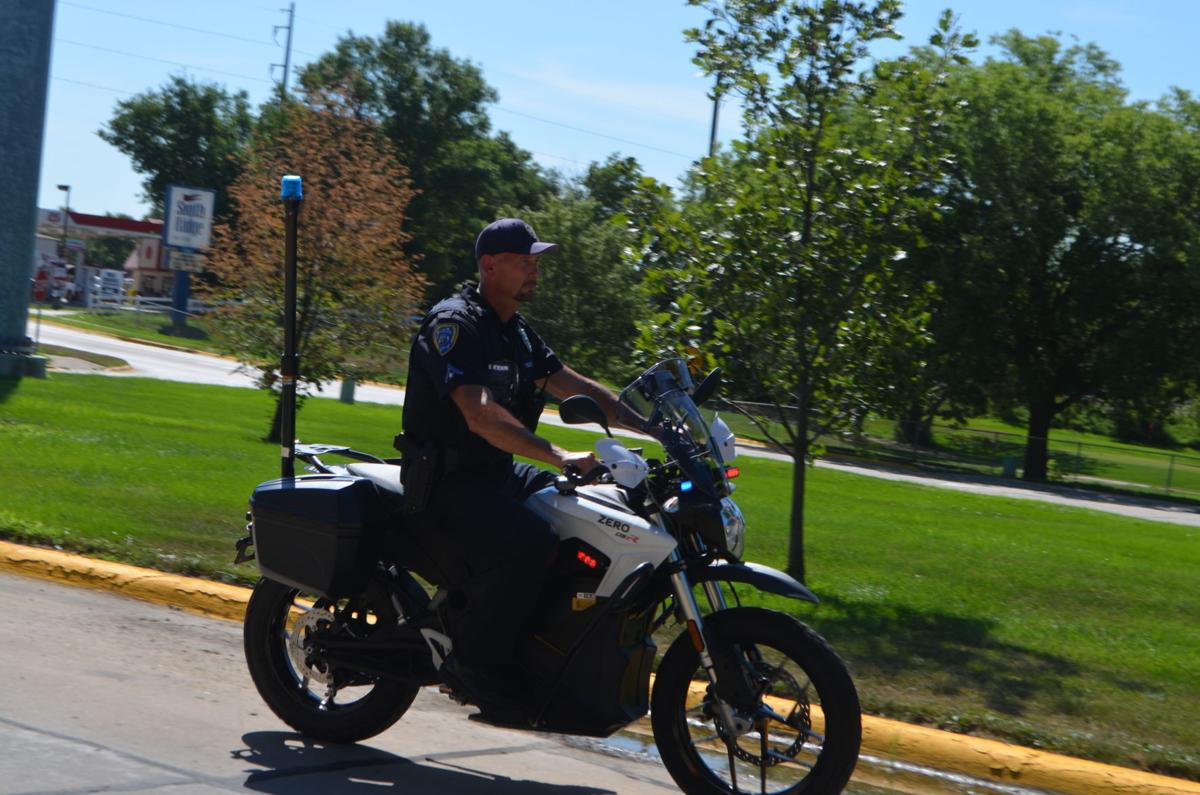 South Sioux City Police Department Master Patrolman Dave Heinemann demonstrates a Zero DSR motorcycle at the Law Enforcement Center in South Sioux City on Monday morning. The police department is the only one in Nebraska to have an all-electric motorcycle in its fleet. 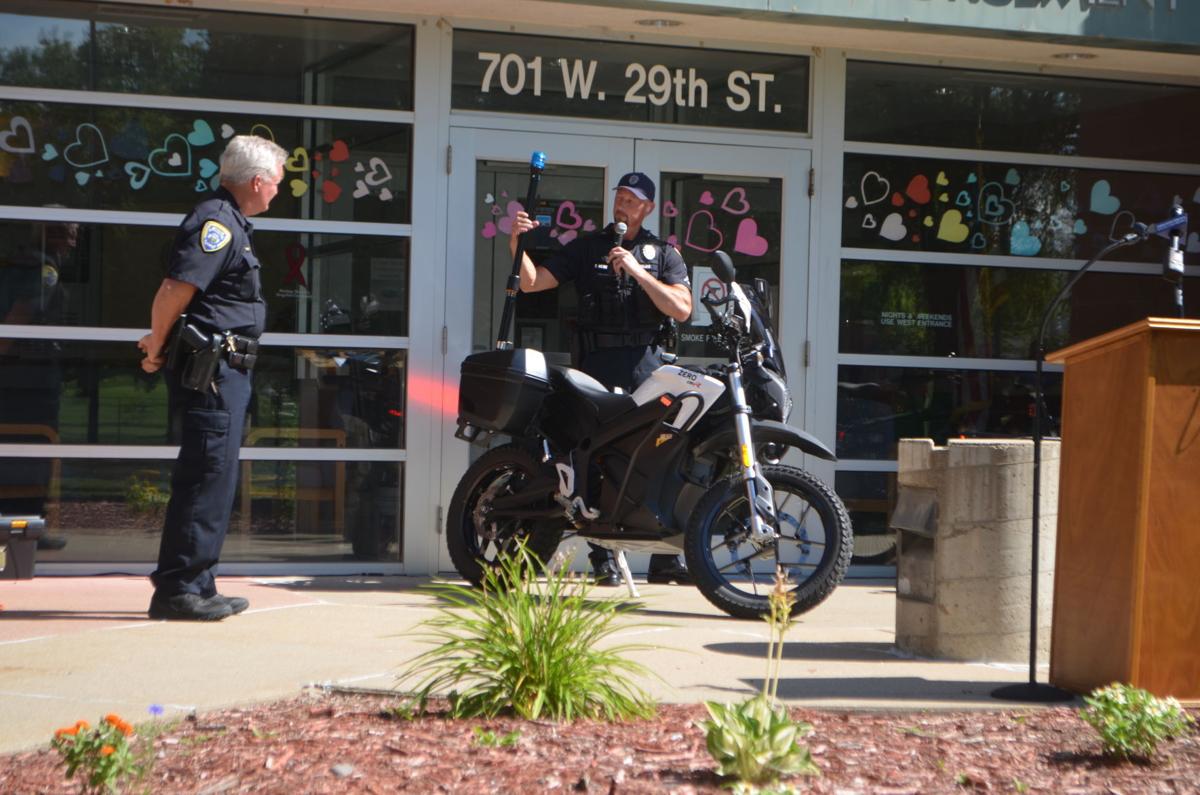 South Sioux City Police Department Master Patrolman Dave Heinemann, right, shows off some of the Zero DSR electric motorcycle as Police Chief Ed Mahon looks on. The electric motorcycle will be able to patrol areas that cars cannot, like in parks or bike trails.