When officers responded to the call, they found Jeremy Hebert with a gunshot wound. He was transported to a Sioux City hospital where he was pronounced dead a short time later.

Becky Hebert was arrested in Le Mars at 12:15 p.m. Friday and charged with second-degree murder, a Class B felony.

Sheriff Mike Van Otterloo said law enforcement had been called to the residence previously for domestic violence and disturbances. The two had been living together at that residence.

The sheriff said Becky Hebert and the deceased had been arguing prior to the shooting and there was a witness. There were other people in the home and there were no other injuries.

The Journal's Alex Boisjolie contributed to this report.

CORRECTIONVILLE, Iowa | A woman has died after a school bus and a vehicle collided in rural Woodbury County Tuesday.

AKRON, Iowa | Authorities have identified Jeremy Barger Hebert, 40, as the man who was shot to death in rural Plymouth County Friday.

AKRON, Iowa | An Akron woman has been arrested in connection with the shooting death of an unidentified man.

SIOUX CITY | Fire crews responded to a gas leak Wednesday morning in the 4600 block of Boulder Court, near the intersection of Singing Hills B…

Woman who died in Tuesday crash with school bus identified

CORRECTIONVILLE, Iowa | The Woodbury County Sheriff's Office has identified the woman who died after her vehicle was struck by a school bus Tu…

SERGEANT BLUFF | A California man is in custody on firearms charges after police say he fired a shot outside a Sergeant Bluff hotel late Monday.

LE MARS, Iowa | A murder charge filed against an Akron, Iowa, woman accused of shooting her husband was dismissed Monday to give the prosecuti…

LE MARS, Iowa -- An Akron, Iowa, woman who had been accused of fatally shooting her husband in 2017 has been charged with making a false repor…

LE MARS, Iowa -- An Akron, Iowa, woman has pleaded not guilty to making a false report to authorities investigating the fatal shooting of her … 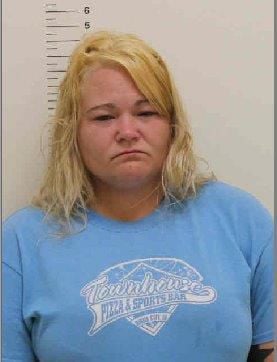