NBA tipoff: Live news and scores as the NBA begins its 75th season

SIOUX CITY -- When she went to Kenia Alvarez-Flores' home, Melissa Camargo-Flores believed they were just going to talk, as adults.

Instead, Camargo-Flores stabbed the woman multiple times after waiting outside her house for her to leave for work.

The reason for the escalation from a conversation to a fatal stabbing wasn't made clear Thursday, when Camargo-Flores was sentenced to 50 years in prison for second-degree murder, but the Dakota City woman said she feels remorse daily.

"I would take back everything that happened, but I know I can't," Camargo-Flores said in Spanish, her words translated by an interpreter. "I will never be able to justify why I hurt her. ... I am responsible."

Initially charged with first-degree murder, Camargo-Flores, 22, pleaded guilty in October in Woodbury County District Court to the lesser charge as part of a plea agreement. Instead of facing a lifetime in prison if she had been found guilty as charged at trial, Camargo-Flores will be eligible for parole after serving 35 years of her prison sentence.

The victim's sister and brother told Camargo-Flores they hope she spends every day she's in prison thinking about what she did and why. They still wonder what caused her to take such drastic actions.

"You just took a life away, but why? Was it because of jealousy, for fun? Or maybe it's because you're a mean person inside. Did you get what you wanted? Did your plan work out? Was it worth it?" Blanca Alvarez and Marco Alvarez said in a letter read in court by Woodbury County Attorney Patrick Jennings.

"Someday it will dawn on you what you have done. You have ruined her life and your own."

Police have said that Camargo-Flores waited for Alvarez-Flores, 24, outside her home in the 1200 block of West 14th Street for approximately 20 minutes on April 8, 2018, and stabbed her several times after she left the house. A witness to the stabbing followed Camargo-Flores, providing police with a description of the vehicle in which she left.

Soon after the incident, police spotted Camargo-Flores driving a car matching the description and arrested her. Police found bloody gloves and a bloody knife inside the car.

She later told police she had been involved with Alvarez-Flores' boyfriend. A detective described Camargo-Flores, who had immigrated from Mexico and was living here legally, as having "multiple issues" with Alvarez-Flores. The two women were not related.

As required by law, Camargo-Flores must pay $150,000 in restitution to Alvarez-Flores' estate, an amount District Judge Jeffrey Neary admitted she likely would never be able to repay given the length of her prison sentence.

To enable adequate social distancing for family members, media and security, the hearing was moved from a courtroom to the roomier Woodbury County Courthouse basement.

Surber sentenced to life in prison for murder

A 17-year-old boy died during the incident after he was shot in the head.

SIOUX CITY -- A formal murder charge was filed Wednesday against a woman accused of the fatal stabbing of another woman in Sioux City.

SIOUX CITY -- A judge on Thursday denied a prosecution request to raise the bond of a woman accused of fatally stabbing another woman Sunday.

The man is the third person sentenced to prison for his role in an incident at a Sergeant Bluff home where several people arrived with weapons including a baseball bat and gas can, threatened to kill the residents and fired gunshots at the house.

A jury in September found Andres Surber guilty of first-degree murder, use of a firearm to commit a felony and felon in possession of a firearm for the 2016 death and dismemberment of Kraig Kubik.

Michael Marshall-Limoges in 2019 followed a then-14-year-old girl and her brother in his car to a convenience store, approached them twice as they walked toward their home and grabbed the girl and pushed her into his car in an alley.

No. 8 story of the 2020: Siouxland sees four guilty murder verdicts in quick succession

With seven murder cases pending, a large number of high-profile cases could again take place in Siouxland in 2021.

The man is also scheduled to be sentenced for a March stabbing that took place at a Sioux City hotel.

The man stabbed a woman 12 times in front of her children in April and stopped the assault after he was stabbed once. He then fled from police and eventually lost control of his vehicle and crashed.

Stowe sentenced to life in prison for grandmother's murder

In his verdict, Judge Zachary Hindman said evidence showed Eliot Stowe beat Cheryl Stowe with a baseball bat after chasing her into her bedroom in 2018. He then wrapped her body in a rug and duct tape and dumped it at the edge of a cornfield.

One suspect is accused of forcing a person to enter a Sioux City house just after midnight Jan. 1 before he and others fired at least 27 shots into the house with a 9mm handgun and an assault-style rifle. One shot struck and killed Mia Kritis, 18.

"I hope that if there's a just God, you wake up in the middle of the night every night you're in prison and you hear these four words: 'I want my mommy,'" Lee Stoos, Elizabeth Bockholt's stepfather, told Jordan Henry at sentencing Friday.

SIOUX CITY -- A Sioux City man has been sentenced to 40 days already served in jail and probation for stabbing another man in the chest.

No major injuries after plane runs off Texas runway

No major injuries after plane runs off Texas runway 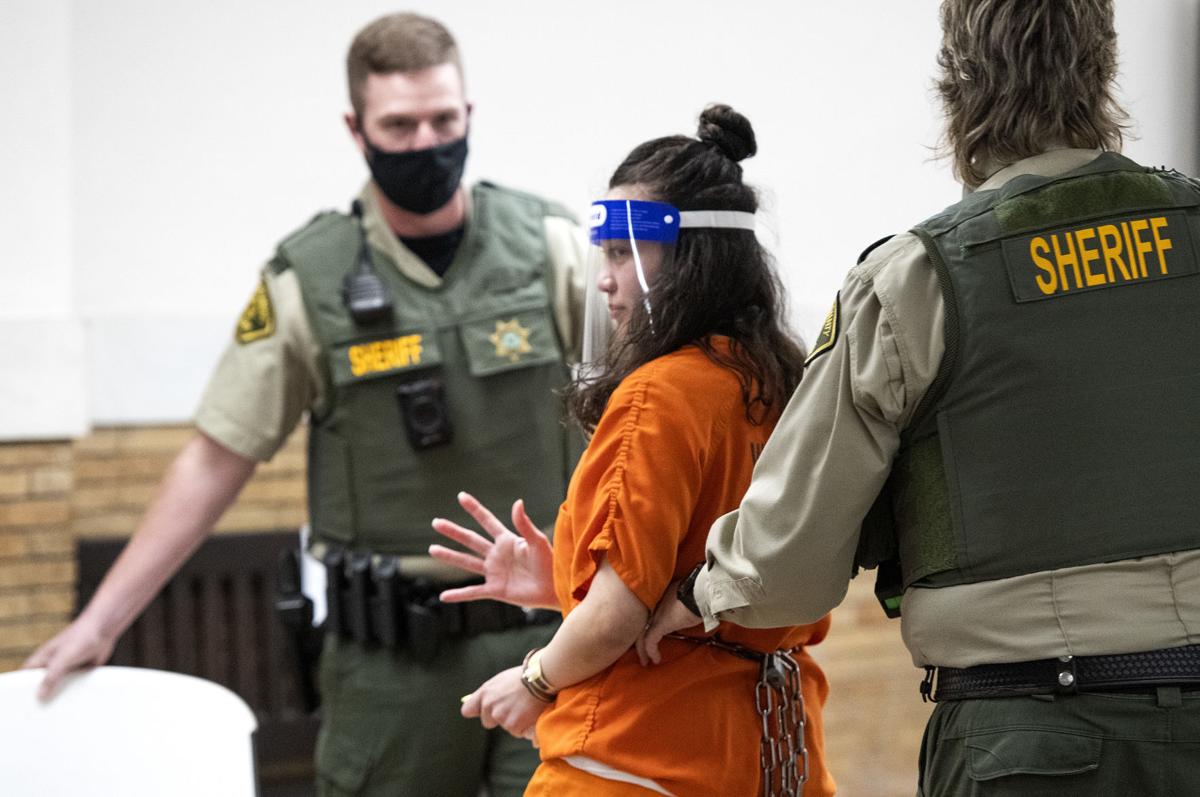 Melissa Camargo-Flores waves to family members seated in the gallery as she is escorted from the room after receiving a 50-year prison sentence Thursday for the April 8, 2018, stabbing death of Kenia Alvarez-Flores in Sioux City. Camargo-Flores pleaded guilty in October to second-degree murder as part of a plea agreement that spared her the possibility of receiving a sentence of life in prison had she been found guilty of first-degree murder. 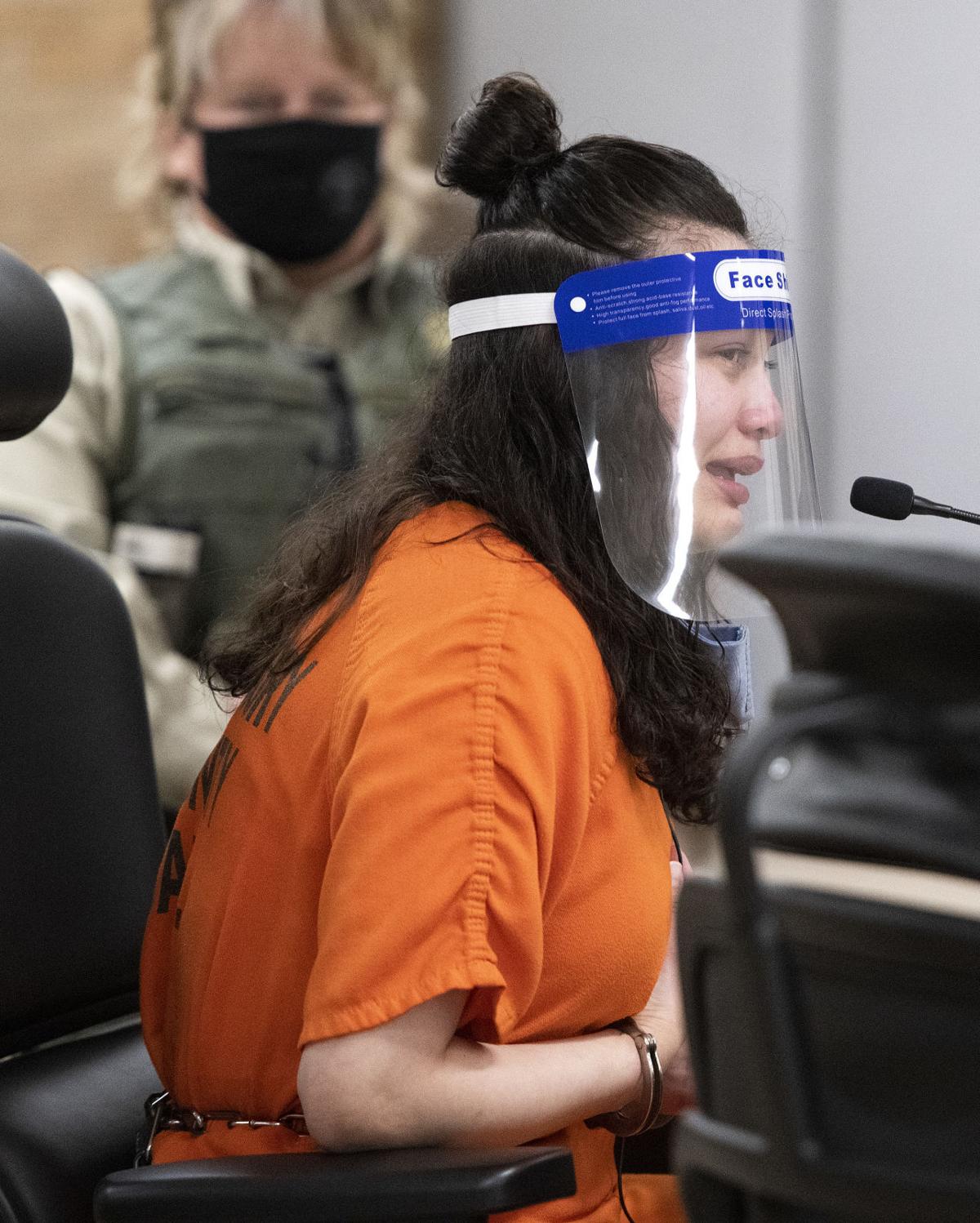 Melissa Camargo-Flores sobs while reading a statement to the court during her Dec. 3 sentencing hearing in Woodbury County District Court for second-degree murder. She was sentenced to 50 years in prison for the April 8, 2018, stabbing death of Kenia Alvarez-Flores outside the victim's home in the 1200 block of West 14th Street in Sioux City. 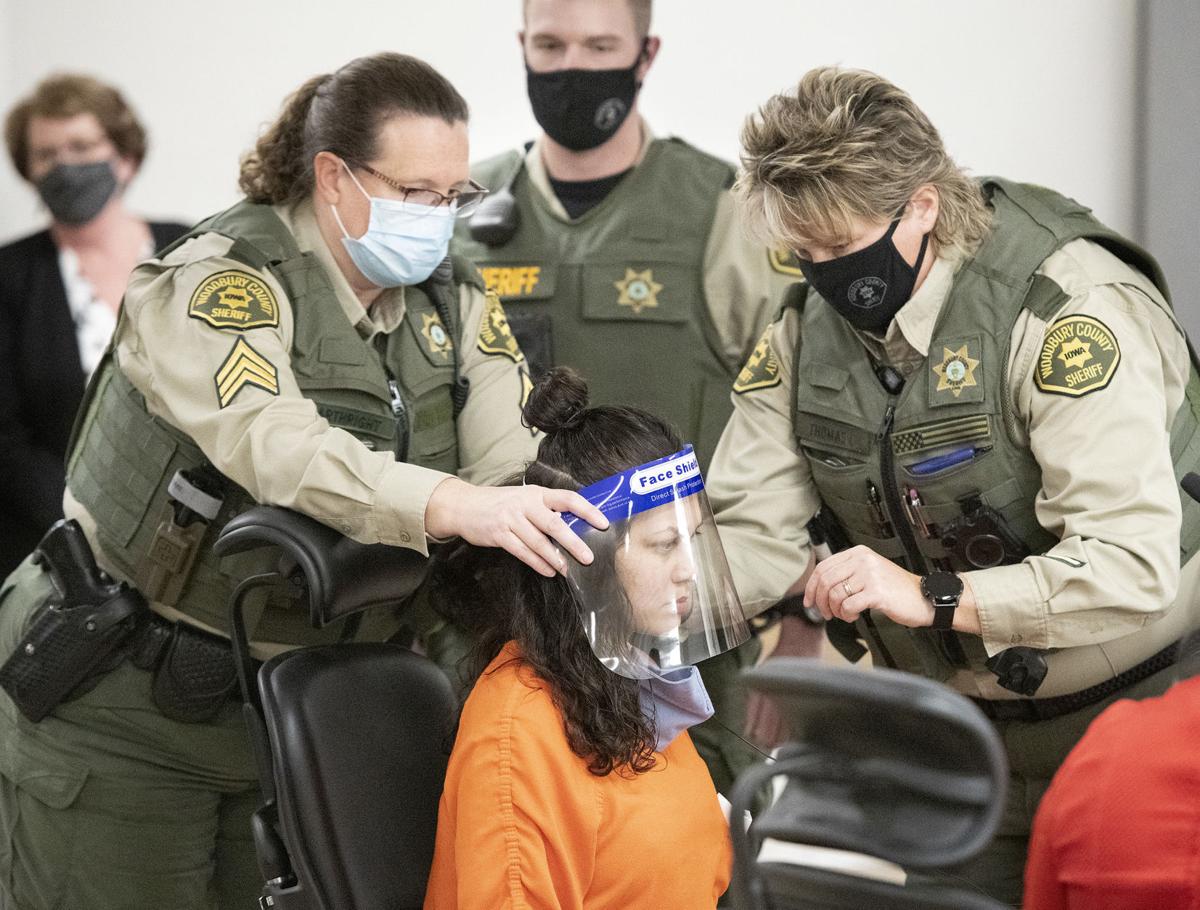 Woodbury County Sheriff's deputies place a face shield and an earpiece to listen to an interpreter on Melissa Camargo-Flores prior to her sentencing hearing Thursday in Woodbury County District Court. Camargo-Flores, who pleaded guilty in October to second-degree murder, was sentenced to 50 years in prison for the April 8, 2018, stabbing death of Kenia Alvarez-Flores.