SIOUX CITY -- The Woodbury County Board of Supervisors agreed Tuesday to advance discussions regarding the potential construction of a law enforcement center in Sioux City.

Board chairman Keith Radig said he believes the entire board is in agreement to vote next Tuesday to approve an architecture contract during the next supervisors meeting, a step that could lead to the construction of a 440-bed facility.

The new law enforcement center would have approximately 206 beds more than the current jail.

The project would cost an estimated cost of $49.5 million. According to Kenny Schmitz, director of building services, the price tag of a new detention facility is more than double the projected cost of renovating the current law enforcement center at 407 7th St. -- around $22 million.

However, all who spoke during Tuesday night's meeting advocated for the construction of a new facility, including Woodbury County Sheriff Dave Drew.

"To me, it'd be like throwing the dice and hoping," Drew said, speaking about the choice to renovate the current law enforcement center, which has been releasing inmates early to free up bed space for new inmates. "We're trying to decide who gets out ... That's not a good way to keep a community safe."

The county's current law enforcement center was built in 1986, originally constructed to hold 90 inmates. After two renovations, the facility can now hold up to 234. But according to Drew, each and every bed is taken every night.

Decades: 22 photos looking back at Sioux City in the 1950s 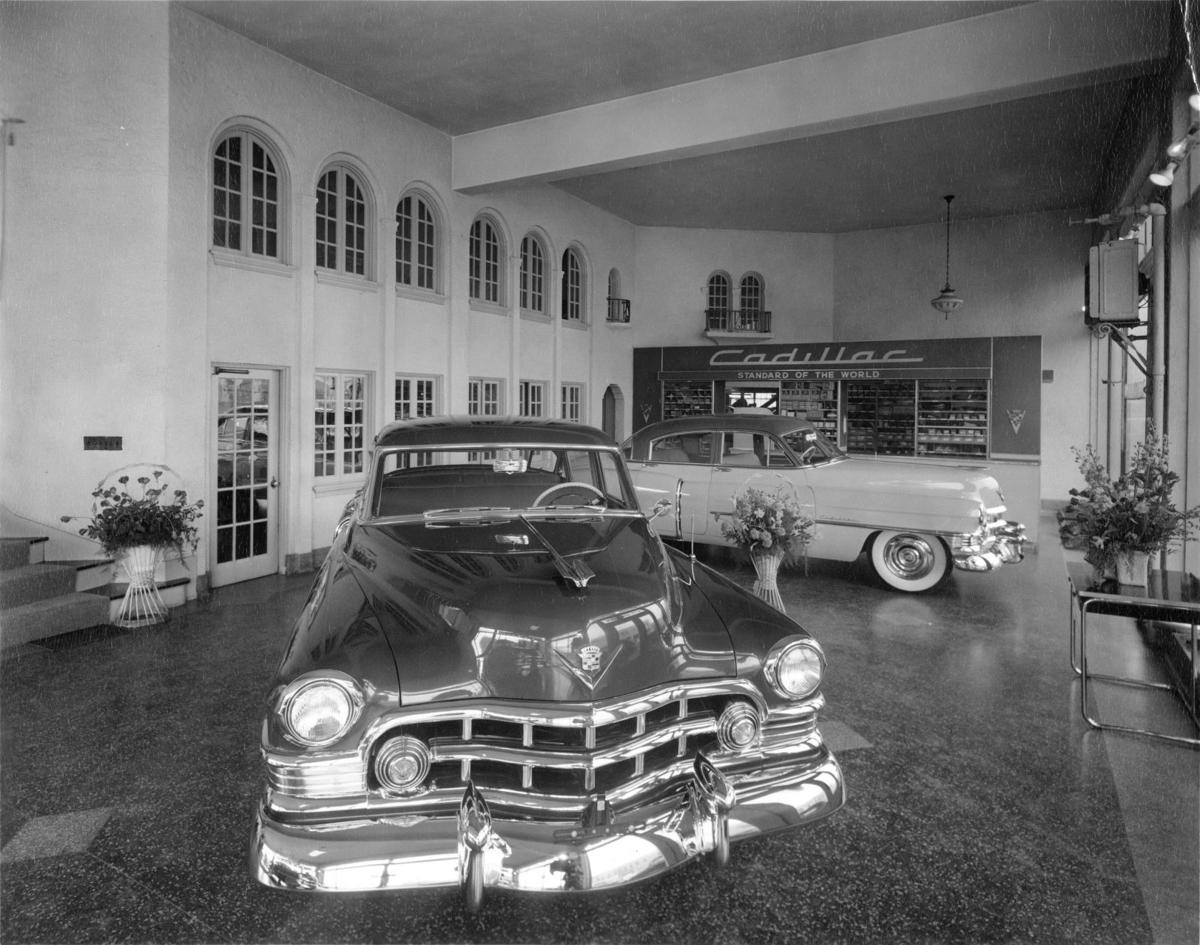 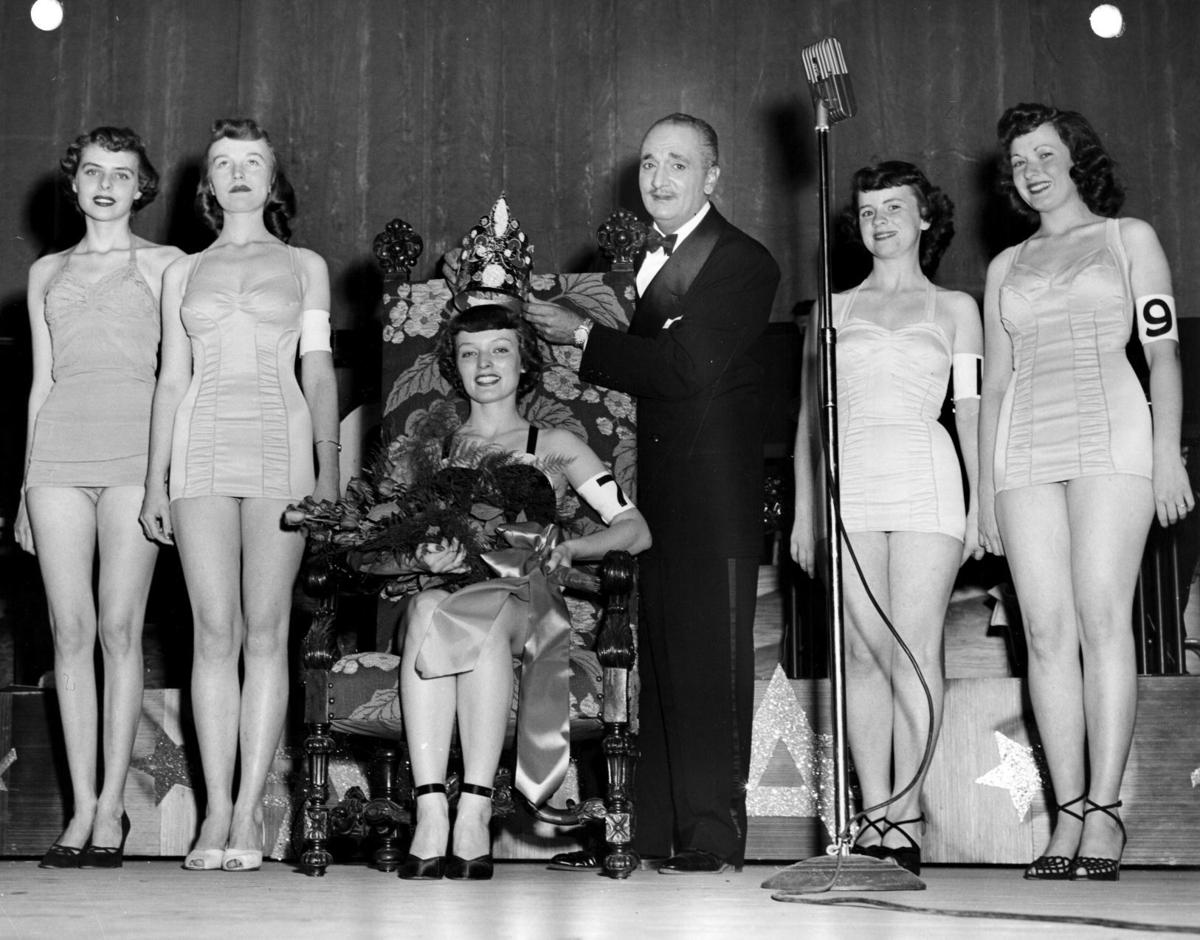 To be Sioux City Sue, a young lady had to roughly match the description put forth in the song -- red hair, blue eyes, unmarried. 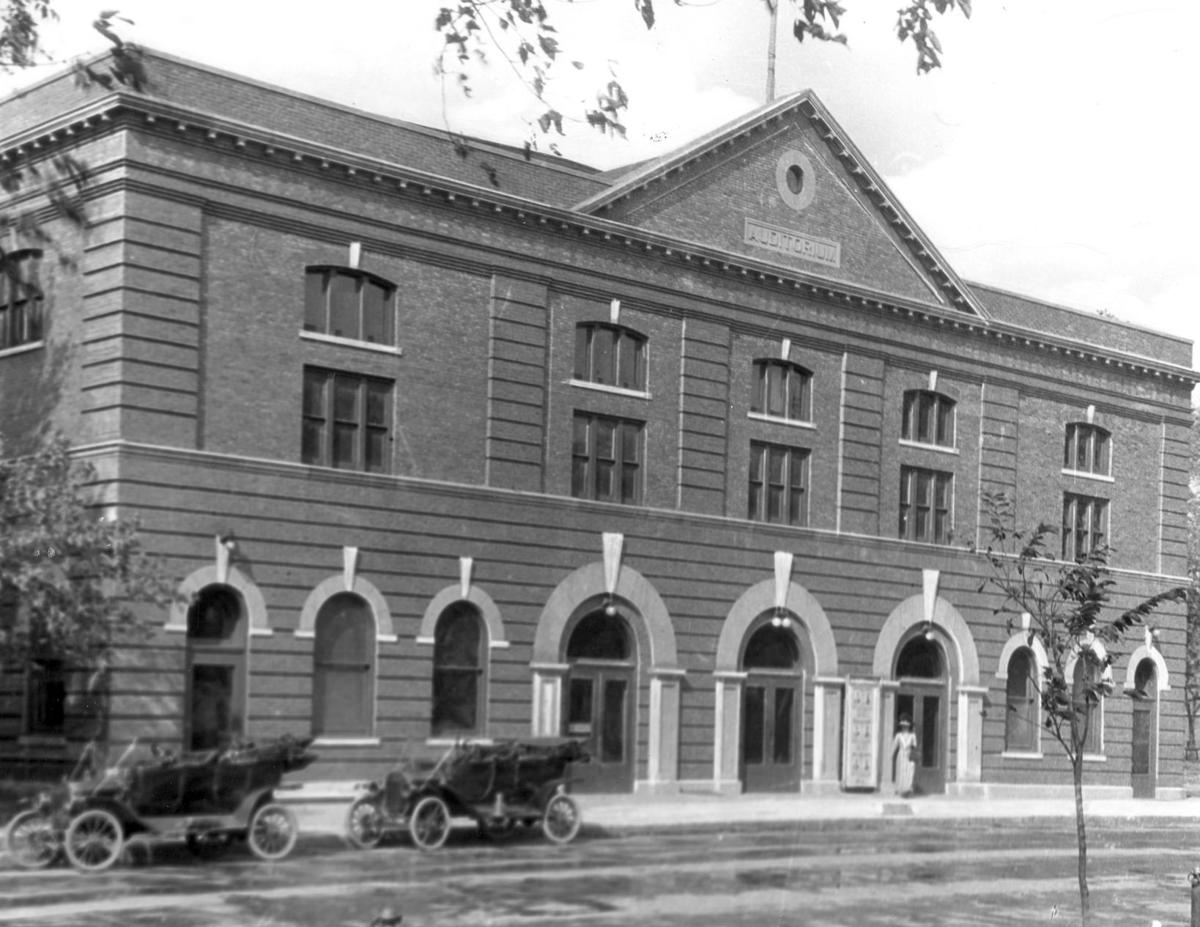 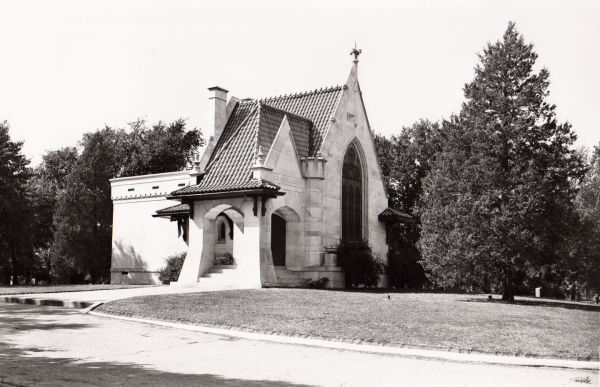 The chapel, built in 1911, is made completely of marble and tile. Since the city's rehabilitation program for Graceland park cemetery, which began in the early 1950s, this chapel has been cleaned and now glistens brightly amid surroundings of green trees and well kept grass. 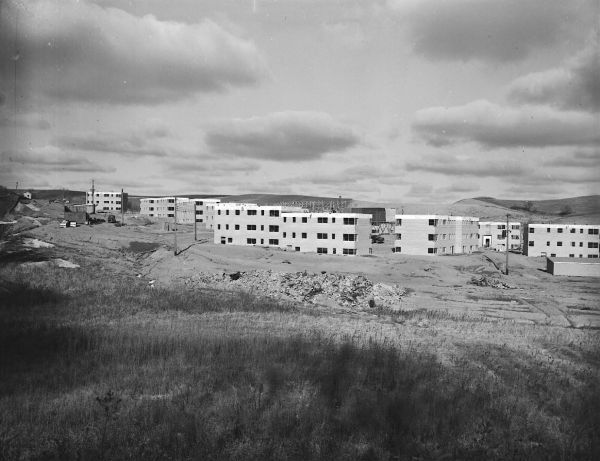 The Valley Park apartments are under construction in December 1950 near Leif Erikson Park in Sioux City. 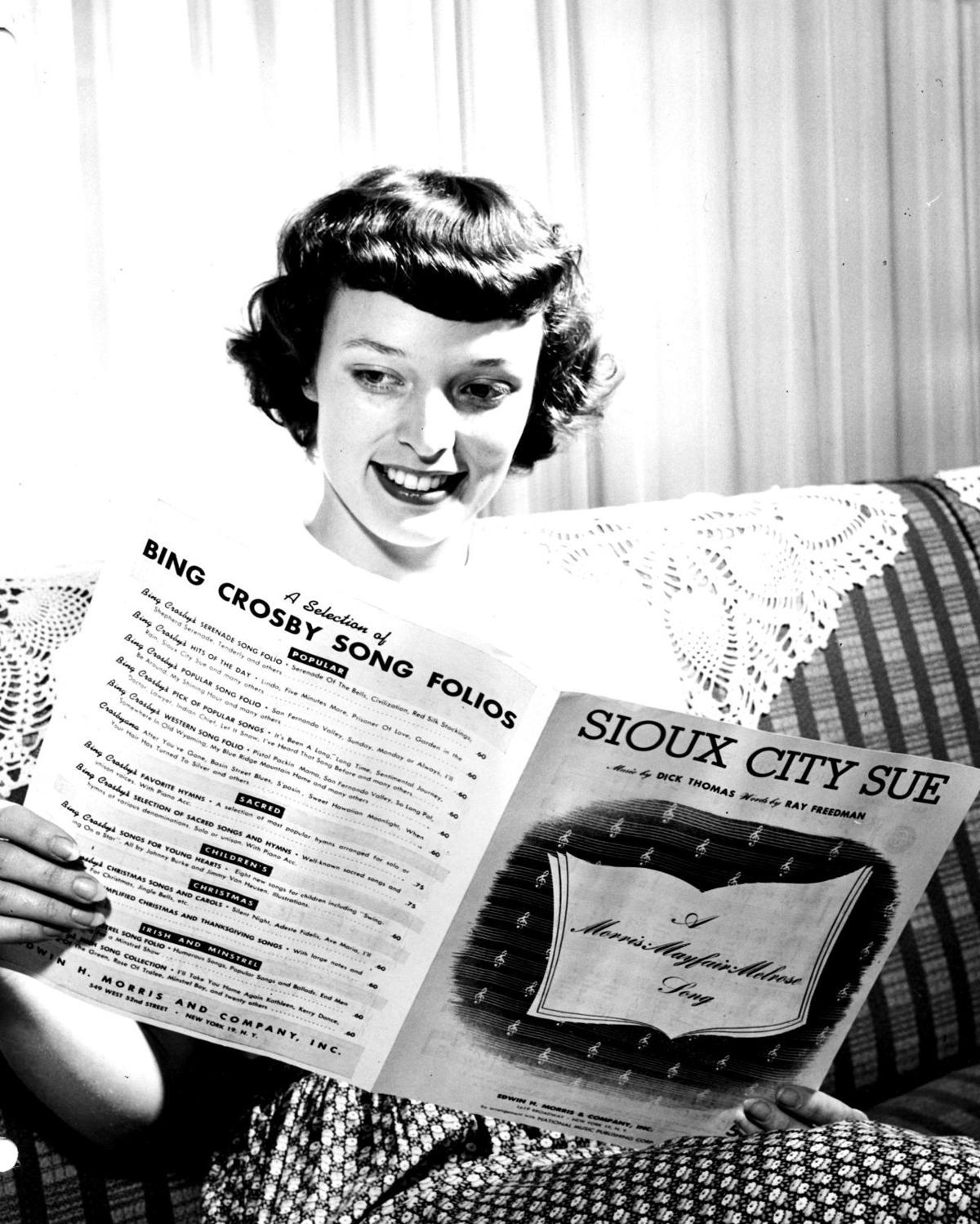 In 1950, with the first "Sioux City Sue" married and the city wanting some publicity for its new auditorium, a second pageant was held to find a new Sioux City Sue. Beverly Johnson won that contest. 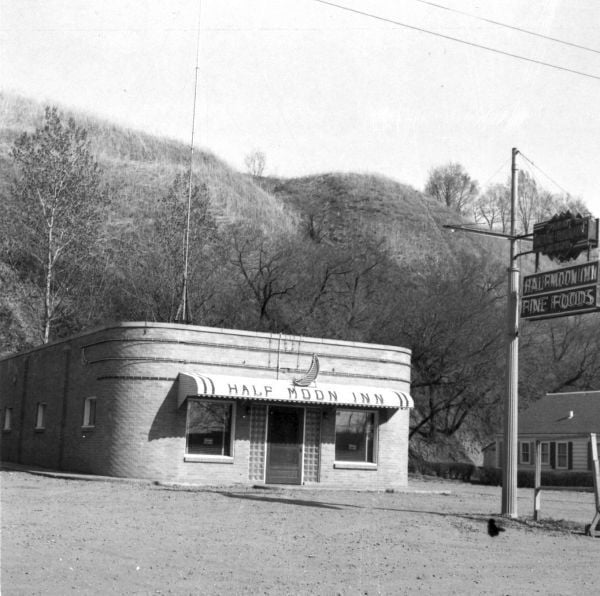 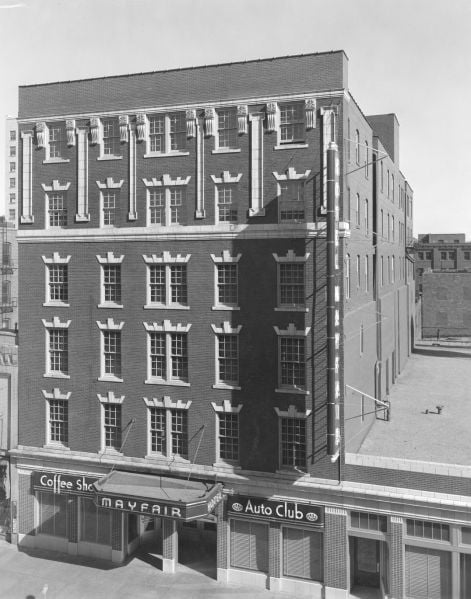 The Hotel Mayfair is shown in 1950. The hotel was previously known has the Howard Hotel and was located at 3rd and Nebraska streets. 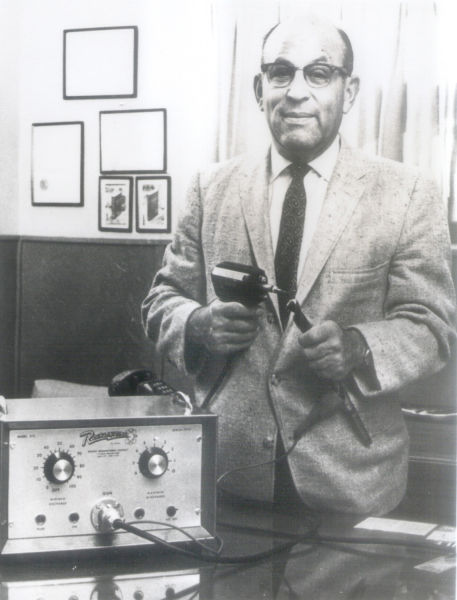 I.J. Rocklin, the founder of Rocklin Manufacturing Co. in Sioux City, shows off his invention -- the Rocklinizer -- in the mid-1950s. The Rocklinizer electronically deposits carbide, a hard and wear-resistant material, to tools and dies to extend their useful life. 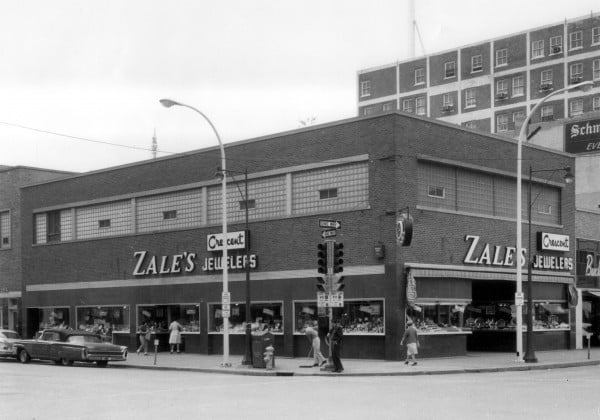 Zale's Jewelers, shown in this photo from the late 1950s, has been in downtown Sioux City since it purchased the former Crescent Jewelers at the present location at Fifth and Pierce streets in 1957. For a time it was known as Zale's Crescent Jewelers. The downtown store was closed because Zale's wished to be inside the West End Mall when it was completed. 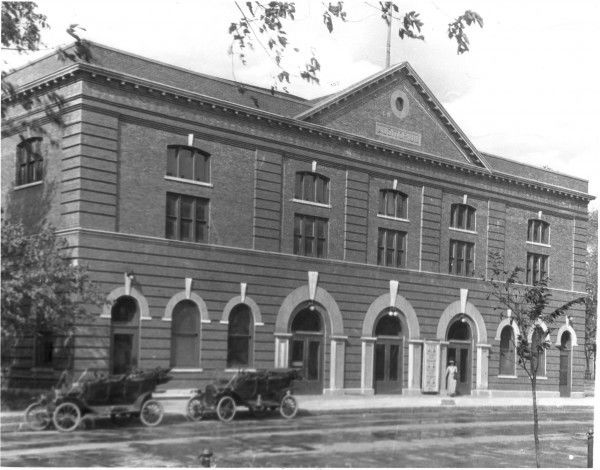 The Sioux City Auditorium is shown in this photo taken sometime between 1909 and 1950. 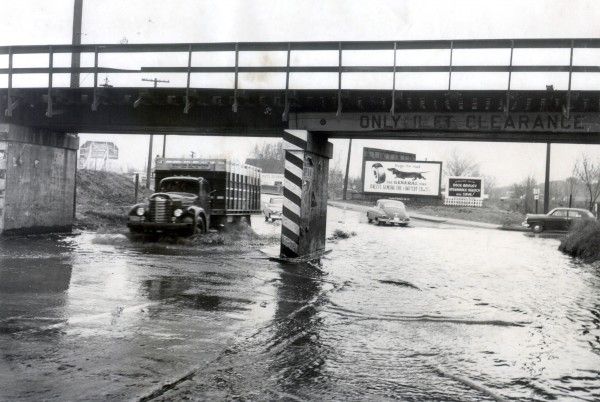 The Floyd River floods onto South Westcott Street on April 25, 1950. 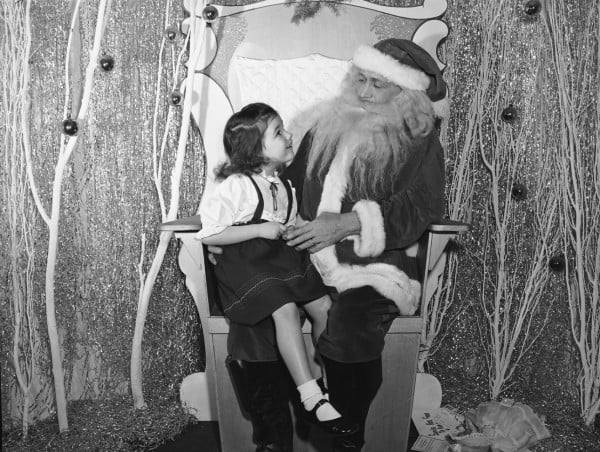 A child visits with Santa at the Younker-Davidsons department store in downtown Sioux City around 1950. 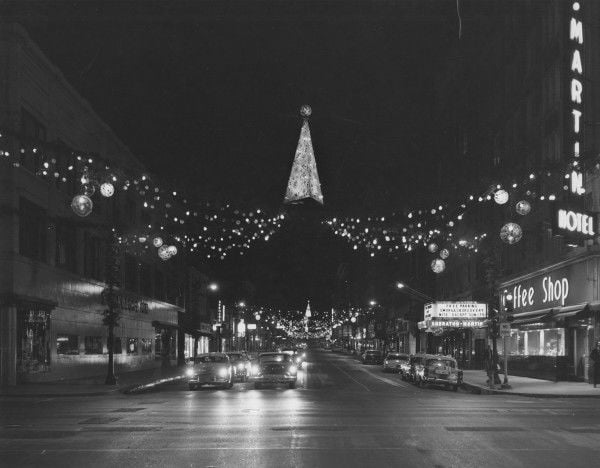 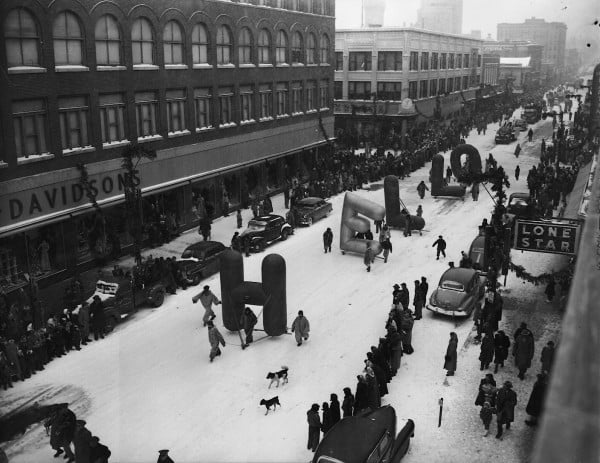 Boy Scouts pull balloons down the street during the December 1950 Christmas Parade in this photo taken by former Sioux City Journal photographer George Newman. The snowstorm was so strong that it reportedly lifted the balloons and the scouts off the ground. 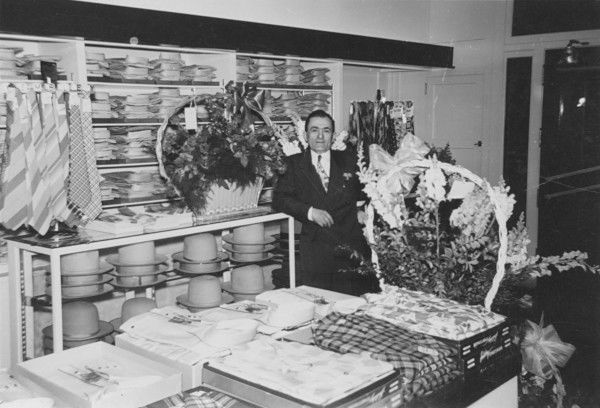 In this photo provided by the Sioux City Public Museum, Nathan Sadoff is shown at his downtown Sioux City men's clothing store in the late 1940s or early 1950s. 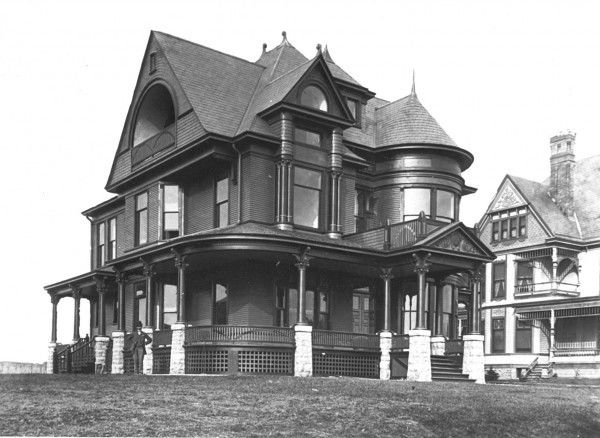 Businessman Charles Breun’s Victorian-style mansion, at 1431 Grandview Blvd., in the Rose Hill neighborhood, is shown in this photo from around 1900. The home was built in 1891. Breun owned a grocery store at 407 Pearl St., which later became the home of the Sioux City Public Museum’s Pearl Street Research Center until it moved into the new museum at 607 Fourth St. The house burned down in the early 1950s.

This photo was taken of a group of Sioux City Florence Crittenton Center babies from the 1950s. 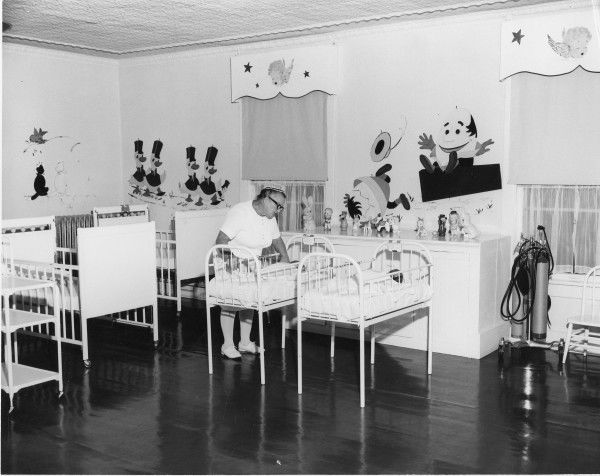 This image, taken in the 1950s, shows the Sioux City Crittenton Center Nursery. Thousands of women and children have been served by the agency in its 115-year existence. 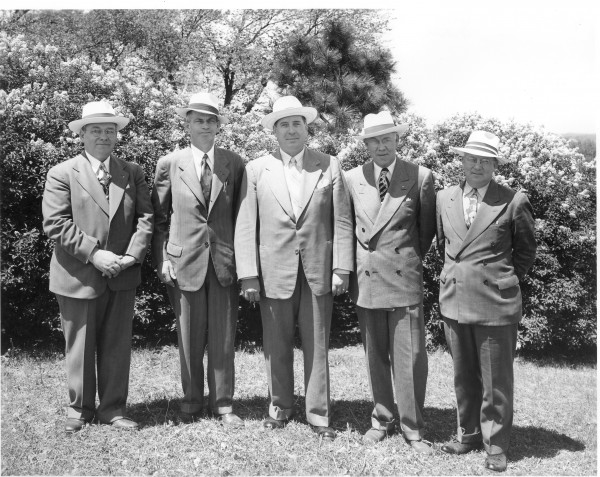 Clem A. Evans, T. Raymond Hopkinson, Dan Conley, W.W. Lindgren and Drew Fletcher made up the Sioux City Council in 1950.

The Woodbury County Board of Supervisors listened to Schmitz's analysis Monday as he described the logistics of building a new facility compared to renovating the old detention center.

"We've studied this for four, four and a half years," Schmitz said.

According to Schmitz's analysis, in order to update the existing facility, prisoners would need to be transferred for an estimated four months. This would drive up transportation costs as inmates would be ferried to other detention facilities in the state.

For years, the law enforcement center has faced problems across the board, including infrastructural issues. Radig, Schmitz and Drew believe this is a chance to turn the page and keep the county safer.

"Sitting on our hands isn't going to make it go away or get any better," Schmitz said. "We're hoping, we know, a new facility would be run more efficiently."

Radig said the process of moving forward and finding a plan for the law enforcement center has taken two years already, but Tuesday was a step in  finding some answers.

"What we were finding is, there weren't many options for actual expansion," he said. "At a maximum, we would gain 50-some beds."

Radig believes the county could allow federal agencies to use the additional bed space, and bring in more than $3 million annual revenue to the county.

The proposition will appear as an action item on next week's agenda for the Woodbury County Board of Supervisors.

SIOUX CITY -- The trial for a man accused of fatally stabbing his roommate in a Sioux City apartment building has been continued.

Woodbury County supervisors get earful about condition of gravel roads

SIOUX CITY -- Running a bit late because he said road conditions have been causing daily delays of at least one hour, Eric Nelson strode to th…

SIOUX CITY -- The level of debt for the Woodbury County government continues to remain at a low level of 2 percent of the maximum allowed, aft… 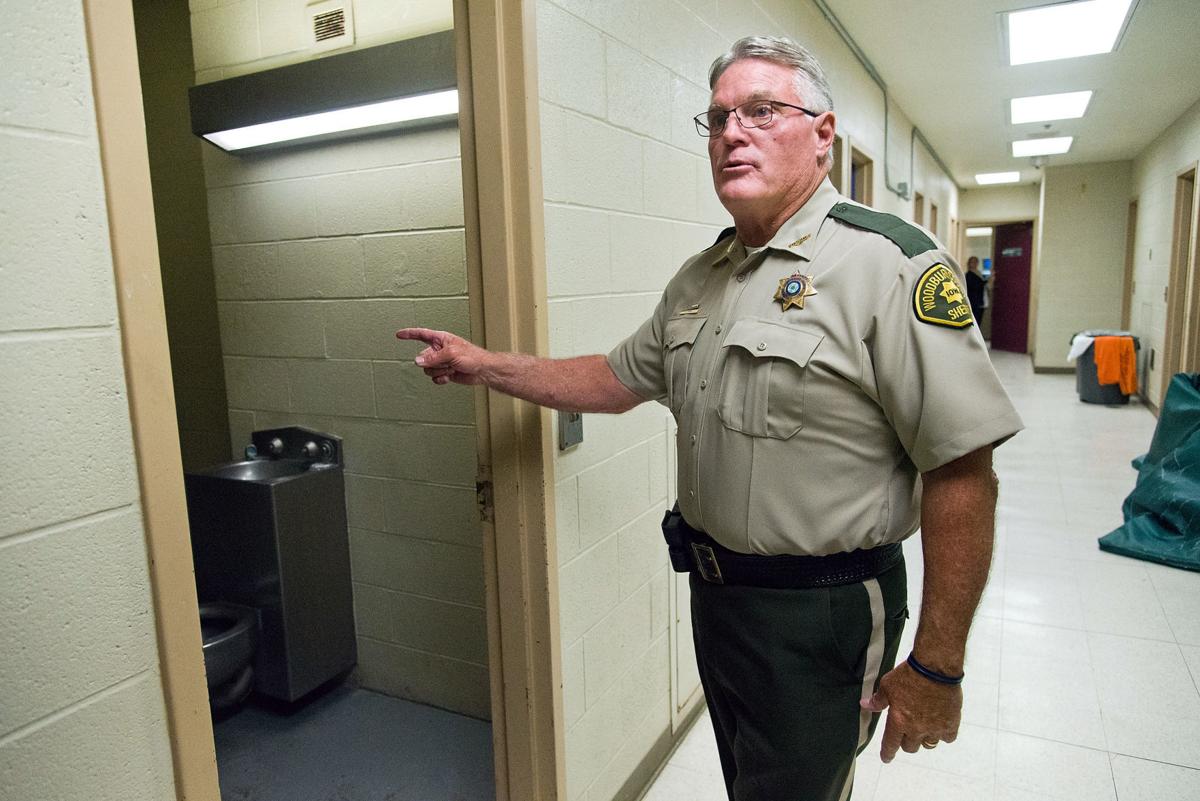 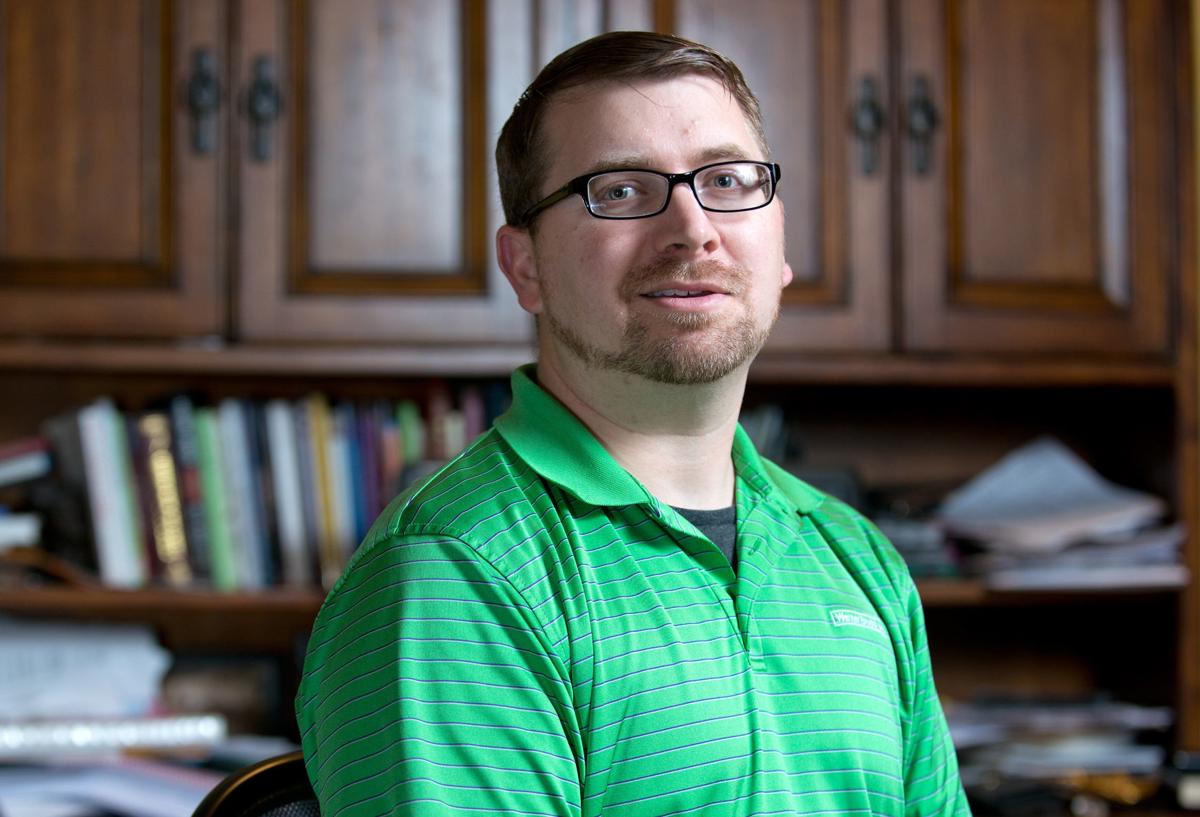