SIOUX CITY -- Prior to his arrest in connection with the fatal shooting of another man at a rural Woodbury County home Monday, Marvin Hildreth Jr. was no stranger to being accused of violent crimes involving firearms.

On one night nearly a year ago, Hildreth was suspected of firing a shot into the air during an assault in Onawa, Iowa, then shooting another man hours later in Sioux City.

He was never charged with the June 26 shooting outside the Hillside Apartments in Sioux City, a fact that irks one of the witnesses, who was arrested that night after taking the shooting victim, his friend, to the hospital, where police found him in possession of an ammunition clip.

Had Hildreth also been arrested after that shooting, Brandon Miller said, he may have remained in jail, and Monday's homicide never would have happened.

"It made me sick to my stomach that the Sioux City Police Department could have arrested him and they didn't," Miller said of Hildreth's Monday arrest during a phone interview from the Dakota County Jail, where he awaits sentencing in federal court on a charge of being a felon in possession of a firearm.

Sioux City police say they did all they could to make a case against Hildreth, but witnesses were uncooperative, and the victim himself didn't want investigators to pursue the case. Investigators were left with little evidence to support an arrest, said department spokesman and community policing Sgt. Jeremy McClure.

"They pursued several different angles and video and cell phone information and weren't able to get enough evidence to use to charge him," McClure said. "When victims and witnesses don't cooperate in an investigation, it's nearly impossible to make an arrest.

"If we could have charged him, we would have. The last thing we want is not to charge people who are committing violent acts out on the streets."

Hildreth, 20, of rural Whiting, Iowa, was arrested on charges of second-degree murder and going armed with intent in connection with Monday's shooting death of Russell Mohr and the nonfatal shooting of a woman at a home at 1932 250th St. in Luton.

According to court documents, Hildreth told sheriff's deputies he went to the home to help with a disturbance. He's accused of shooting Mohr, 40, of rural Mapleton, Iowa, several times and shooting a woman, whom authorities have yet to name, in the hip before driving away. He was taken into custody about half an hour later and remains in custody on a $500,000 bond.

Hildreth also was free on bond in his Monona County case, in which he is charged with intimidation with a dangerous weapon, going armed with intent, willful injury, carrying weapons and eluding. A trial is scheduled for Sept. 14.

According to court documents, Hildreth and two other men were involved in an assault outside an Onawa apartment building at about 8:48 p.m. on June 26. After one of the victims had been struck with a baseball bat, Hildreth allegedly told him he was going to kill him, pulled a gun from his waistband and fired a single shot into the air before leaving the scene.

Monona County Sheriff's deputies arrested Hildreth after a short pursuit at around 1 a.m. the following morning.

His attorney, Pat Parry, of Sioux City, has filed a notice of self-defense in the case. Parry said Friday he could not comment on the defense.

In the roughly four hours between the alleged assault in Onawa and his arrest, Hildreth is suspected of traveling about a half hour to Sioux City, where witnesses and court documents say he opened fire on a passenger in the car Miller was driving at about 11:22 p.m.

Miller said he had met with a man he knew only as Ryan earlier that evening. A tattoo artist, Miller said he didn't know Ryan well, but had agreed to do a tattoo for him. Miller was driving Ryan's car on the way to Hillside Apartments, where they were to pick up mutual friends Dustin Mathison and his wife. Miller said he noticed a white pickup following them for several blocks. When Miller pulled into the apartment parking lot at 2800 W. Fourth St., where Mathison was waiting outside, the pickup's driver pulled in behind him, blocking him.

Miller said Ryan pulled out a gun and left it for him in the car, then got out to talk to the pickup driver. Miller said he heard shots, grabbed the gun and fired a shot toward the pickup in self-defense. He believes Ryan was the shooter's intended target, but doesn't know what led up to the altercation. Ryan escaped injury, and Mathison wound up getting hit in the right elbow and right hip.

The shooter drove away, and Ryan ran off, Miller said. He wrapped his belt around Mathison's arm to slow the bleeding and drove him to the hospital with Mathison's wife.

At the hospital, police officers who had been notified of the shooting talked with Miller, searched him and found the ammunition clip in his pocket. After getting a warrant, they searched the car and found the handgun, which was determined to be stolen.

Because he had two prior felony convictions, Miller was taken into custody on charges of being a felon in possession of a firearm and trafficking stolen weapons. He said that after officers read him his Miranda rights at the police station, he exercised his right to have an attorney present and refused to answer questions. He posted bond two days later and was released from jail. After seeing Hildreth's picture in the news in connection with his arrest in Onawa, Miller said he realized it was the same man who had fired the shots that struck Mathison.

Miller, 35, remained free on bond until September, when he was arrested after a federal grand jury indicted him on a charge of being a felon in possession of a firearm. He pleaded guilty in February and is scheduled to be sentenced June 21 in U.S. District Court in Sioux City. Tim Duax, bureau chief of the U.S. Attorney's Office in Sioux City, said he could not comment on the case until after sentencing and is unable to comment on any potential ongoing investigations.

Miller said that after his arrest on the federal charge, he asked his attorney to tell Sioux City police his account of what happened on June 26 because he wanted Hildreth to face charges.

"They pretty much told me I was a liar," Miller said. "We can't make them investigate it."

McClure said that in the wake of the shooting, Hildreth was identified as a person of interest. Investigators' notes, he said, indicate that Miller, Mathison and his wife were of little help. Miller had demanded a lawyer and Mathison signed a release form telling police he didn't want to pursue charges, an action McClure said he's occasionally seen victims of violent crimes take.

Mathison and his wife did not return messages seeking comment.

In Mathison's case, police did not continue an investigation into his shooting, but his consent form would not have prevented them from seeking charges against Hildreth for crimes committed against other witnesses. Again, McClure said, that was hampered because witnesses were not forthcoming with details.

Sioux City investigators sought to question Hildreth about the shooting while he was in custody in the Monona County Jail, McClure said, but Hildreth invoked his right to have an attorney and refused to speak to them.

"It gets frustrating," McClure said. "You know the suspect committed a crime, but you know the potential if you don't get enough evidence, the suspect can remain at large and commit more crimes.

"We do have a commitment to get violent people off the streets, but we're still constrained by the bounds of the law. We have to be able to prove our case."

McClure said the case was forwarded to the Woodbury County Attorney's Office for review.

The shooting investigation is currently inactive, McClure said, but police will talk to any witnesses who wish to come forward.

Since his arrest, Miller has felt the frustration of being the only person arrested after the shooting while the person who pulled the trigger has never been charged.

Miller said had he known Ryan had a gun in the car that night, he never would have gotten in because he was aware that as a convicted felon, he can't own or handle firearms or ammunition and he's worked hard to stay sober and turn his life around after kicking a methamphetamine habit he said was the cause of his prior criminal activity.

He just wants the shooter to answer for his actions that night, too.

LUTON, Iowa  -- A rural Whiting, Iowa, man was charged with second-degree murder, related to an incident that occurred in rural Luton, Iowa, M…

The man and another person were detained while trying to a leave a hospital where they had dropped off a third person. That person was struck during an exchange of gunfire, according to court documents.

SIOUX CITY -- A Whiting, Iowa, man has been formally charged with murder for the May 31 shooting death of another man in Luton.

BERESFORD, S.D. -- Agents with the Division of Criminal Investigation, in conjunction with the South Dakota Highway Patrol and the Union Count… 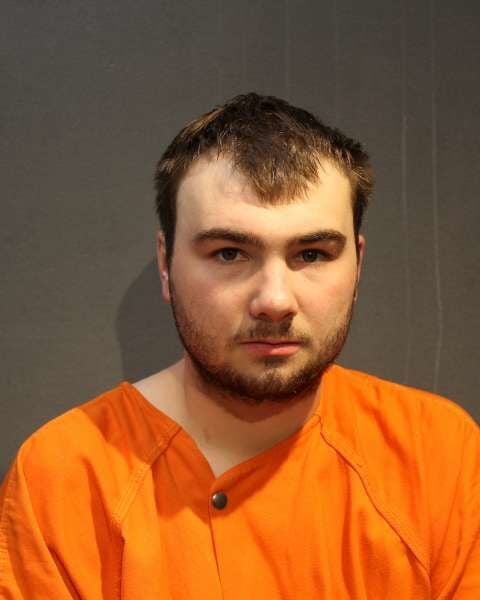 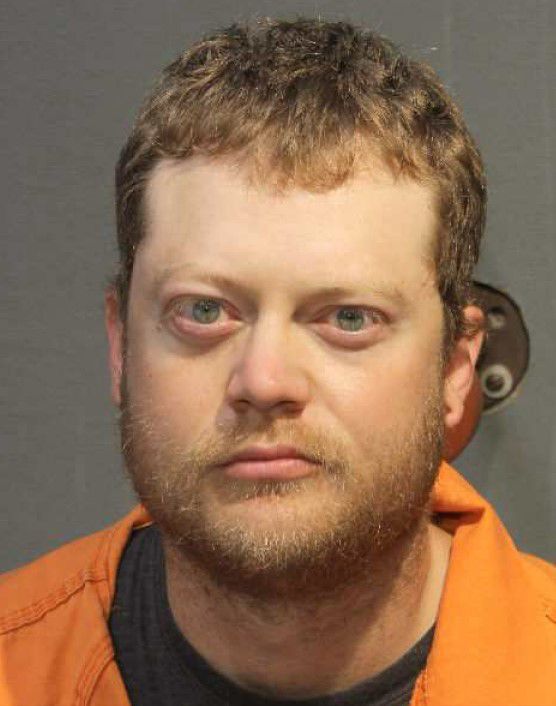