CROFTON, Neb. -- The parents of a Crofton High School freshman hospitalized for a presumptive case of coronavirus believe their son may have contracted the virus last week at Nebraska's girls state basketball tournament in Lincoln.

Kendall Thoene was transferred to the Nebraska Biocontainment Unit on the University of Nebraska Medical Center campus in Omaha early Wednesday and is undergoing further testing.

"It sounds like he's doing pretty good," the boy's father, Todd Thoene told The Journal. "So far, everything looks OK."

Kendall was tested for the COVID19 virus Monday. The family was informed of the results Tuesday.

The Nebraska Department of Health and Human Services notified school authorities Tuesday night, and Crofton Community Schools, which educates 330 children, closed both its high school and elementary school Wednesday. The schools will remain closed through Friday, as will St. Rose of Lima Catholic School in Crofton. Schools in Hartington and Newcastle also were closed Wednesday. Schools in Bancroft and Lyons closed at noon.

The Northeast Nebraska Public Health Department on Wednesday asked students in schools in Hartington, Newcastle and Wynot to home quarantine until the department can determine the risk level for students in each school.

The North Central District Health Department has initiated contact investigations and have been assessing potential exposures to Kendall Thoene. All identified close contacts with Kendall will self-quarantine (stay home) and be actively monitored twice daily by public health officials for fever and respiratory symptoms, which include fever, cough and shortness of breath.

"We're working hand in hand with (the health department) and other state agencies," Crofton schools superintendent Chris Look said. "The main thing is we're working to get information to our patrons and do our due diligence to ensure the safety of our kids."

Thoene said he and his wife, Bridget, think their 16-year-old son likely was exposed while in Lincoln, where he attended the Crofton girls basketball team's first-round game Thursday against BRLD, an athletic cooperative of Bancroft-Rosalie and Lyons-Decatur Northeast schools. Kendall also attended Hartington Cedar Catholic's first-round game that same day to watch a cousin play.

Thoene said the crowd at the Hartington Cedar Catholic game included people from Fremont, Nebraska, who may have had contact with an athlete who developed COVID-19 after playing in a Special Olympics basketball tournament Feb. 29 in Fremont. Earlier this week, school officials in South Sioux City asked 12 middle and high school students who competed in the tournament to self-quarantine and monitor themselves for any symptoms until Saturday.

Kendall Thoene has underlying health issues that make him susceptible to infections. A 2010 Journal article told the story of Kendall, who has a rare genetic condition called Townes-Brock syndrome, receiving a kidney from his grandfather after losing most of his kidney function.

Kendall gets pneumonia every winter, his father said, and had been hospitalized since Saturday at Avera Sacred Heart Hospital in Yankton, South Dakota, because he wasn't feeling well. According to the North Central District Health Department, Kendall started experiencing symptoms on Thursday.

Hartington Cedar Catholic High School and Holy Trinity Elementary School Hartington both will be closed through Friday. Hartington-Newcastle public schools also called off classes for Wednesday and Thursday at its schools in Hartington and Newcastle. The district, which has an enrollment of 380 students, already had been scheduled to have Friday off.

Hartington Cedar Catholic principal Christopher Uttecht said school officials will remain in contact with health officials for further recommendations about whether to resume classes for the 360 students on Monday.

"The health department will re-evaluate the number of exposures on Friday, and we will go by their guidance," Uttecht said.

"We're one community, and our students take classes and ride buses together," Johnson said.

Bancroft-Rosalie and Lyons-Decatur schools both were notified Wednesday of the potential exposure to the virus their students and fans may have had during BRLD's girls basketball game against Crofton. Superintendents at both schools said they chose to dismiss school at noon as a precaution. Neither school has any students under quarantine.

"We don't suspect any student of having anything. There's a minimal chance of being exposed, but we don't know where that (Crofton) kid was (during the state tournament basketball game)," said Bancroft-Rosalie superintendent Jon Cerny, who added that he's never seen a health situation like this in his 27 years leading the school district, which had 284 students

Lyons-Decatur was already taking spring break on Thursday and Friday, and Bancroft-Rosalie had planned an early dismissal early on Thursday and was to be closed Friday while the BRLD boys basketball team competes in the state tournament in Lincoln.

While closed, schools in Crofton, Hartington, Bancroft and Lyons all will be cleaned and disinfected, administrators said. Desks, door handles and any surface that people might touch will be cleaned, said Johnson, the Hartington-Newcastle superintendent.

"Our custodians do a real good job of that during flu season, so they're just ramping that up," Johnson said.

The Tyson Events Center will have more signs alerting tournament guests to hand-washing locations, will provide health information on the video board and work more thoroughly to clean the facility.

Entry to the Tyson Events Center beginning Thursday will be limited to essential staff, the participating teams and limited family members of team members.

An annual event for the past 12 years, the parade was to have been held in downtown Sioux City on Tuesday.

The break, which had been scheduled to end Sunday, now will run through March 22.

Only visits from immediate family members, loved ones or clergy will be permitted at MercyOne and St. Luke's. Only two visitors per patient will be allowed.

After failing to hold a four-point lead late in regulation, Indians were unable to make a field goal in the second overtime and for the second straight season, Yutan knocked out Ponca to end its season.

Among other measures, Twelve Clans Unity Hospital in Winnebago is asking patients be accompanied by "limited visitors," while the Carl T. Curtis Health Education Center in Macy is not allowing outside visitors into its nursing home and dialysis unit.

Northeast Nebraska schools, including Crofton, to resume classes this week

The schools were closed last week after a Crofton High School freshman was hospitalized with the COVID-19 virus. He became ill after attending a girls high school basketball tournament in Lincoln.

A 16-year-old Crofton High School student was Knox County's first presumptive positive case. He was discharged from the Nebraska Biocontainment Unit Monday after three tests for the virus came back negative. 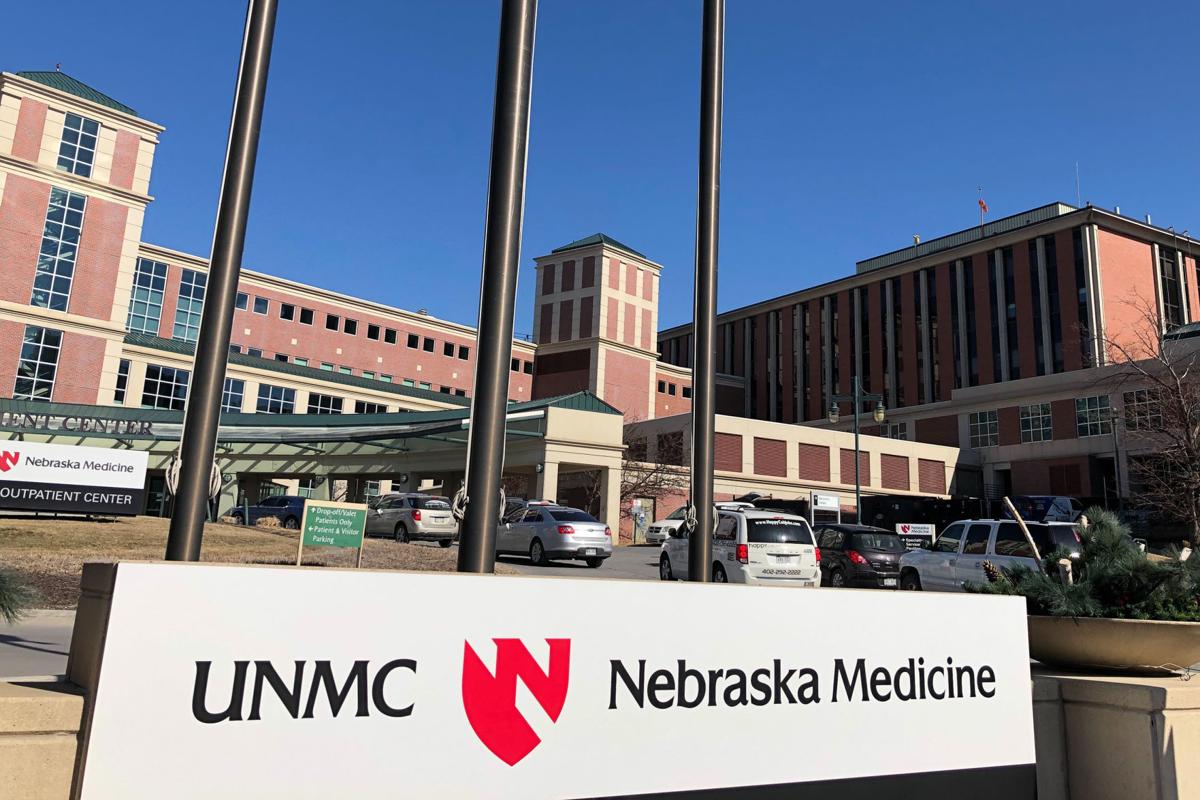 A Crofton High School freshman hospitalized for a presumptive case of coronavirus was discharged Monday from the biocontainment unit at the Nebraska Medical Center in Omaha, shown above, after three tests for the virus came back negative, state officials said. A second presumptive case of COVID-19 was reported this week in Knox County, Neb.