SIOUX CITY -- Whether the Sioux City School District will open instruction in the classroom or in online form when school starts on Aug. 25 is still up in the air, although some school board members emphatically said they want wearing of masks on buildings and buses to be strictly enforced.

Superintendent Paul Gausman in the Monday board meeting said he hoped district patrons have "patience" that a decision on the form of instruction may not come until about Aug. 10, later than he hoped, because the ground keeps shifting in Iowa, where more than 700 people have died from COVID-19.

Gausman said he expects numerous people will become upset by the requirement of mask wearing to get into buildings and onto buses.

The discussion follows the wiping out of in-school instruction, plus the spring sports and activities season, over the last 10 weeks of the 2019-20 year, due to the coronavirus, which also resulted in businesses closing up for weeks.

All Iowa districts had to file Return to Learn plans by July 1 with the Iowa Department of Education. Gausman said the ultimate hope is to have instruction in buildings, but so far 21 percent of students who have registered for classes have asked to begin the year in online learning, which the district will allow for requesting families, as per the Return to Learn plan.

While some Iowans debated whether individual school boards will be making the ultimate decision on moves that could endanger children and teachers as the number of coronavirus cases increases in the state, Gov. Kim Reynolds announced Friday she would override local school districts and require students to spend at least half of their education time in classrooms.

Gausman said the announcement by Reynolds on 50 percent of instruction being done in classrooms does not mean each individual pupil has to get half their learning in a school room, just that the entirety of all teaching to all combined district students amounts to 50 percent.

School board member Taylor Goodvin has said Reynolds forgets a typical Republican position that local control of decisions is best. He wrote a social media post on that topic Friday.

In another topic involving teachers, Gausman said it is conceivable some instructors who want to come off as "the cool teacher" to pupils may not enforce a requirement to wear masks in classrooms. He said such teachers would be corrected to the district position of requiring that masks be worn, although he admittedly said it is not fully "mandatory."

Gausman said students who do not wear masks will not be allowed into buildings or buses. However, some students in rare cases, including some special needs students, may have reasons to be excused from wearing them in classrooms.

Three of the seven board members -- Goodvin, Monique Scarlett and Perla Alarcon-Flory -- early in the discussion wanted masks or facial coverings required by teachers and students at all moments of the day. Gausman said he could be that strict if a majority of the board members came to that position, but a fourth member never did.

"I think masks should be mandatory when you are in the building," Goodvin said. "The benefits of wearing a mask outweigh any cons."

More than 3,400 people in Woodbury County have tested positive for the virus, and 46 people have died from COVID-19.

Alarcon-Flory said she knew a few people who have died of COVID-19, which is why she wants strict enforcement of masks.

Said Scarlett, "You need to be proactive and wear the masks to save the children of our district."

Gausman said a big ongoing strand of work is to get student homes without internet access lined up with that technological capability, so they can take online instruction that may transpire. He said the Iowa Department of Education has $26 million to be shared by all districts for such internet connectivity costs.

"You will want to get that connectivity into the homes," Gausman said.

Wednesday's animal judging events may have looked normal. But a close look revealed only a few immediate family members could view the judging, hand sanitizer sat prominently on tables, and displays reminded people to wash their hands.

Jeremy Taylor, who resigned his seat on the Woodbury County Board of Supervisors in January over a residency dispute, will be on the ballot in November for a different seat on the board.

Officials said the Iowa Department of Transportation worker was standing in the westbound lane of U.S. Highway 18 with a traffic sign telling motorists to slow down when a 94-year-old man struck the worker.

The death was the first recorded in Woodbury County in six days.

The school's summary says, "Do your part to practice physical distancing and use of face coverings to respect fellow community members. Practice good hygiene throughout the day, including frequent handwashing."

The three public schools expect to take a $53 million hit this budget year from tuition freezes and enrollment declines — and incur even more losses from cuts in state appropriations and research activity.

The work is slated to begin Monday morning and be completed by Aug. 3, weather permitting.

City of Sioux City to require face coverings in its buildings

Mayor Bob Scott said this week that while he believes a citywide mandate -- covering all locales, not just city installations -- could help slow the spread of COVID-19, he would not institute one because Gov. Kim Reynolds has said cities cannot do so.

COVID-19 trends rise across state, but not in Northwest Iowa

The number of tests per week and rate of positive tests in Woodbury County has remained roughly steady in recent weeks. "It's a relief that it's not at least growing," a health official said. "Right now, it would be nice to see our numbers go down."

SIOUX CITY -- Fines have been waived at the Sioux City Public Library since March due to changes put in place amid the coronavirus pandemic, a…

The number of coronavirus deaths in the county sits at 42.

The death is the 42nd from COVID-19 in Dakota County, which is second among Siouxland counties in deaths behind Woodbury County's 47.

Districts in counties where the positivity rate is less than 15% must operate on-site with exceptions only for families who request a hybrid option or students who are quarantined.

The district is using a four phase plan, where Phase 4 is low risk and Phase 1 is severe risk. The current plans place schools in Phase 3, where face masks are required by all teachers and students. High school students will stagger in-person days.

With community spread of the novel coronavirus still prevalent, administrators and school board members are tasked with deciding if the year should begin will everyone on-site and whether face masks should be required or just recommended.

Gov. Kim Reynolds has resisted a mandate, in part because she said it would be hard to enforce. She also said last week of scientific agreement saying masks can slow the spread of COVID-19, “But there’s people that would tell you just the opposite.”

The district school board voted 5-2 in favor of the hybrid plan. It also passed a second motion requiring board approval for the extension of the hybrid approach past three weeks.

Paul Gausman said it is "probable" some classrooms or even a whole building will be shut down if students pass the virus around. Any student who tests positive will be sent home for 10 to 14 days, and close contacts may also have to stay home.

The Journal sought information from every school district with a high school in Siouxland, and compiled the answers from officials who responded. Here's the policy in your district.

District Superintendent Paul Gausman said he expects the district will move to all in-person learning on Sept. 8, unless virus spikes occur in the area. Sioux City schools are beginning the year with a hybrid virtual and classroom arrangement.

Much different first day of school in Sioux City, with masks in force

Sioux City school plans call for massive cleaning of rooms daily and weekly, many signs to promote social distancing of six feet and a mask requirement in buildings and buses. Some hallways will have students flowing in only one direction.

School officials say it is not practical to only place about 15 students per bus, which would allow for social distancing measures. As a result, many districts that do not require masks inside school buildings are mandating them on buses. 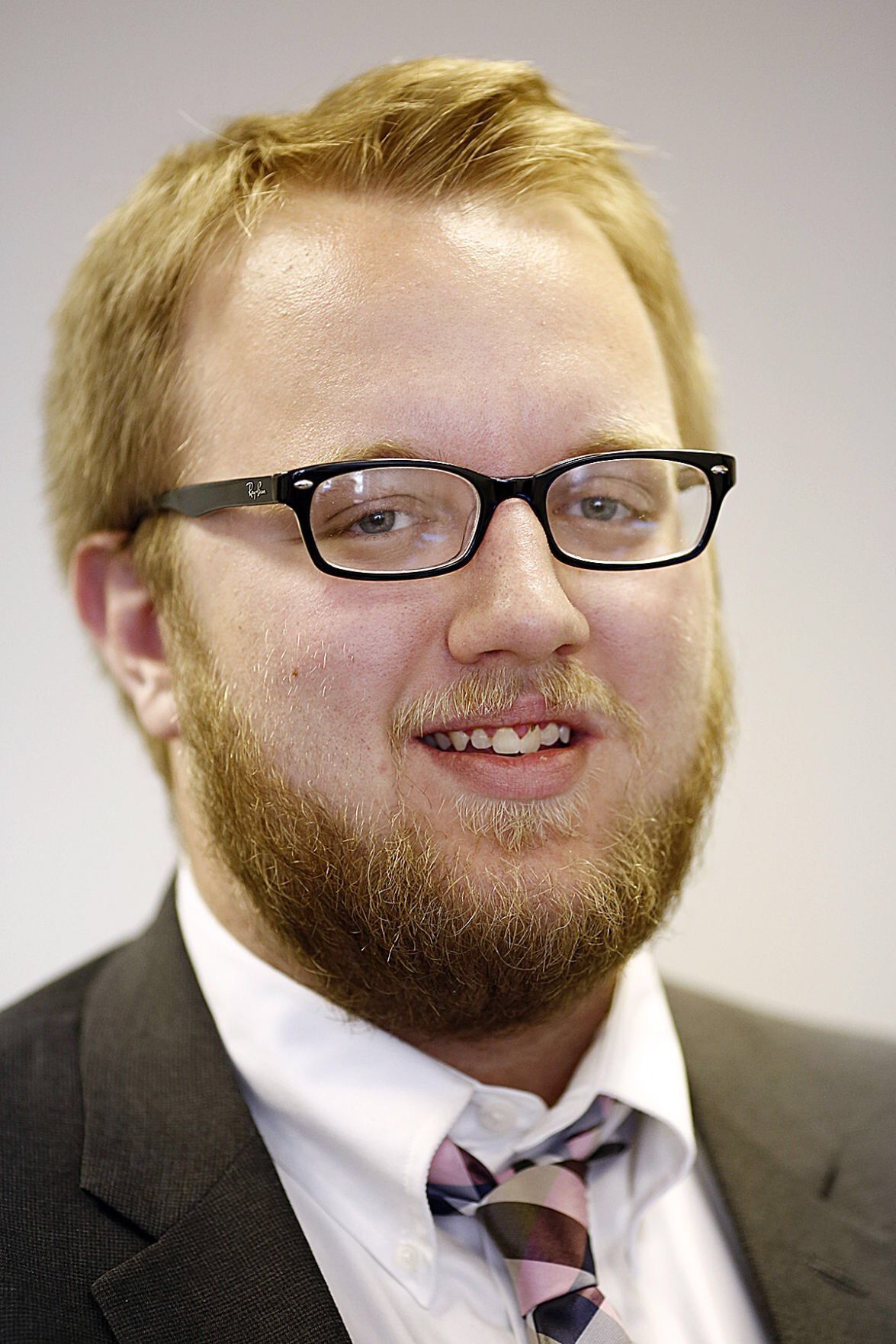 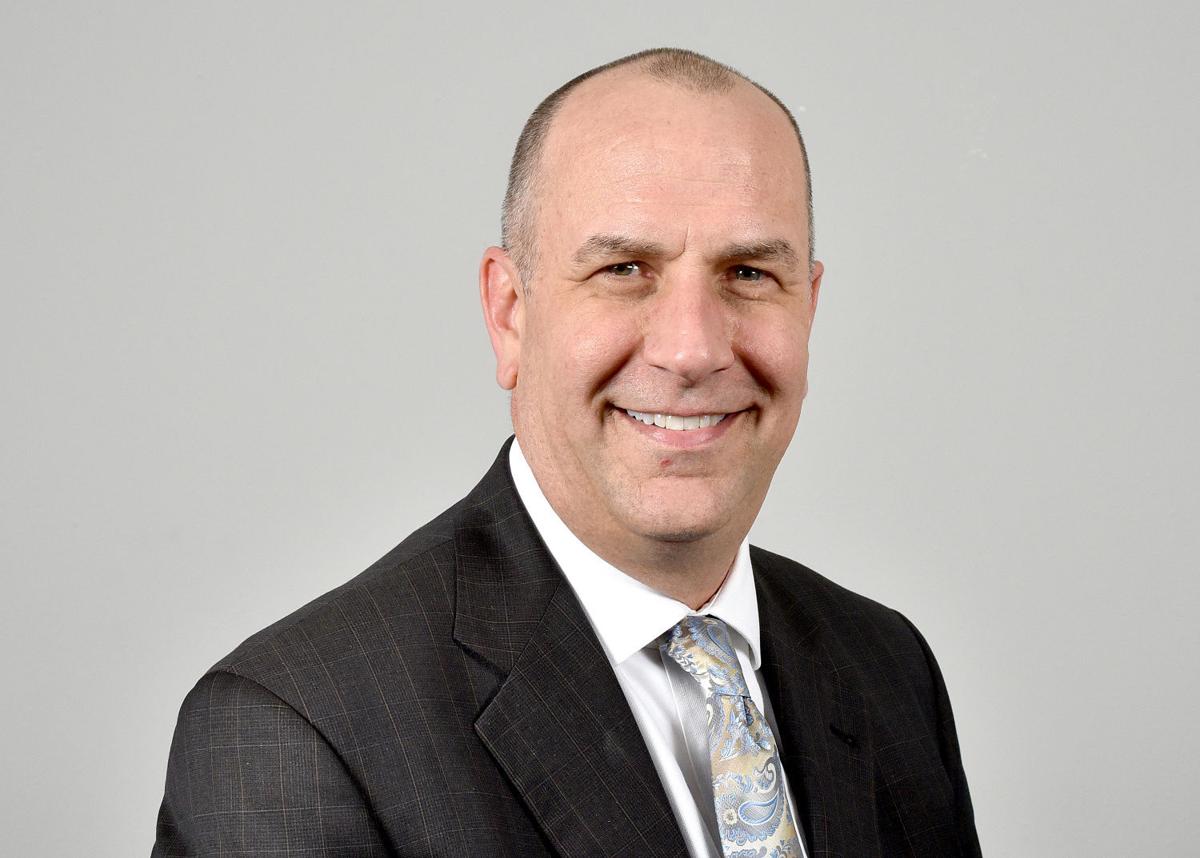