The Sioux City School Board on Monday heard the enthusiastic recommendation on adding International Baccalaureate at East, West and North middle schools, then voted to add them as candidates for the program. That move brings the total to seven that could have IB, as last month the board also approved four elementary schools they hope can participate in any IB program that may be added down the line.

The discussion on IB in October was an 80-minute airing before the 6-1 vote to add the elementary schools of Nodland, Sunnyside, Perry Creek and the Clark Early Childhood Center. The hourlong discussion on Monday also was followed with a 6-1 vote, with member David Gleiser being the dissenting vote both times.

Gleiser said IB has good possibilities, but he has doubts the district can afford it. Five people spoke in the meeting in favor of it, including three teachers and parent Mindy Mahnke, who said she likes that IB helps students "think independently."

Since early 2018, Superintendent Paul Gausman and other school leaders have urged school board members to add the program. Backers claim IB would draw or retain more students and boost standardized test scores.

Two months ago in setting the district's budget which begins July 1, the board earmarked $67,500 for first-year startup costs for the IB program. It typically costs $9,500 to $11,500 per school for annual materials and fees.

Federal funds could be used to implement the program.

IB, administered by a nonprofit organization based in Washington, D.C., has been implemented in 2,223 U.S. school districts, including some large metro districts like Chicago and Atlanta.

The IB curriculum covers a broad base of academic subjects, including English, foreign language, math, science, social studies, the arts and physical education.

The next step is by early 2019 to officially submit the seven schools for approval to be accepted for IB. If that happens, a three-year period would follow in which details toward implementation would be carried out before any instruction could begin.

Also in the school board meeting, Chief Finance Officer Patty Blankenship reviewed the process of setting the 2019-20 school year budget. As usual, it will take about five months of deliberations, before the budget is set in April.

The board members in recent years have bemoaned the low increases of revenues over the prior year. In the last two years, the Legislature increased basic state aid to public schools by 1.1 percent and 1 percent.

"Any new program or program expansions must be vetted by determining how it will be sustained in this economic situation," Blankenship said in a PowerPoint presentation.

Dan Greenwell based his opposition to International Baccalaureate in part due to financial analysis, saying it is not affordable in the current climate.

"I am not drinking the IB Kool-Aid. It is the next shiny object," said Greenwell, a Sioux City businessman and frequent critic of the school administration.

Blankenship said the budget process involves discussing on Nov. 26 and Dec. 10 the funding coming from a 1-cent sales tax, Physical Plant and Equipment Levy and a five-year plan of expected larger projects.

General fund targeted expenditures will be aired in an important meeting on Jan. 28, then four more meetings in February and March will bring the budget details toward a conclusion. The final vote is expected on April 8.

The current budget of $204 million covers revenues and expenses for the year through June 30, 2019. The 2018-19 budget includes a pay cut for one group of teachers and lowered the local property tax rate.

What is your opinion of the International Baccalaureate program under consideration by the Sioux City school district? Sound off at www.facebook.com/SiouxCityJournal

SIOUX CITY -- A Sioux City teacher was one of four finalists for Iowa Teacher of the Year.

SIOUX CITY -- After the Sioux City school Board voted affirmatively Monday night, a big round of applause went up from many of the 30 teachers…

Sioux City School Board looks into spending in 5-year plan

SIOUX CITY -- In looking at some key financial pieces to set a 2019-20 budget, the Sioux City School Board members on Monday reviewed projects…

The six candidates asserted they would perform well as good stewards of taxpayer money and ensure district students get a quality education. Several took exception with the amount of state funding approved by legislators, calling it too low.

After 65 minutes of discussion, the board voted 4-3 to pay a fee of $28,500 to continue research for the district to be accepted as a candidate into IB for only three schools. 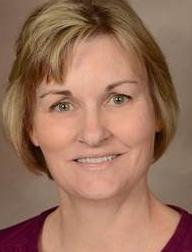