SIOUX CITY -- The Briar Cliff University Board of Trustees went in-house to select the 11th president in the Sioux City college's 88-year history.

The private college's board of trustees elevated Rachelle Karstens, who had been serving as interim president since last summer.

"I am both honored and excited with this appointment and the opportunity to work with the incredible students, faculty, staff, alumni and supporters of the Briar Cliff community,” she said in an interview.

Karstens, who is an attorney, has made a quick rise in the Briar Cliff hierarchy, coming to the college as chief of staff in May 2017, then leading the college after the unexpected resignation of former president Hamid Shirvani two months later.

Briar Cliff Trustees Chairman Steven Freeman said Karstens was selected after a nationwide search for a president who exemplified Briar Cliff’s mission and Catholic Franciscan values of service, caring and openness to all.

Freeman said board trustees sought a president with a successful fundraising background, which is a key element to positioning Briar Cliff for the future.

“Rachelle Karstens is an authentic leader and visionary with a passion for ensuring Briar Cliff remains a top choice for academic excellence,” Freeman said. “Her proven background in higher education, law and fundraising, along with her commitment to Briar Cliff’s Franciscan values, will position our university for continued success.”

A native of Davenport, Iowa, Karstens began her career as an associate attorney and assistant prosecutor before establishing her own legal practice in Montezuma, Iowa.

During her time in the eastern Iowa city, she served on the Wartburg College Board of Trustees while the private college selected a new president. Karstens said that's when she first mulled the career path of college president.

She later served in philanthropy roles at the University of Iowa Foundation and Indian Hills Community College, where she served as executive director for philanthropy and alumni relations in charge of the college’s endowment and administration of scholarships.

A first-generation college graduate and the first in her family to receive an advanced degree, Karstens is currently nearing completion of a doctor of philosophy in education degree at Drake University. She also holds a law degree from the University of Iowa and a bachelor of arts degree from Wartburg College.

"My higher education experience is very well-rounded," she said.

Shirvani announced his resignation as president in July 2017, after just 14 months on the job. Shirvani succeeded Bev Wharton, who led Briar Cliff for 15 years, the longest tenure in its history.

During his brief stint with Briar Cliff, Shirvani drew criticism for some of the changes he began to implement. A number of longtime faculty and staff also departed the college.

Freeman said "it was a tough time" to have Shirvani exit so quickly. Freeman and Karstens said no derogatory mood settled on the college over the last year, and Karstens said students and staff know her well from her leadership as interim president.

"The mood is one of anticipation and excitement," Freeman said, citing that he's been on campus at least eight times over the year.

Karstens said her initial actions as president include getting out into Sioux City and the broader Briar Cliff community "to strengthen relationships and broaden the base of support." She also looks forward to the return of students, when another year begins on Aug. 20.

After that, she anticipates working with the trustees to flesh out a three-year strategic plan with a flush budget to match the academic programs. Freeman added, "We've got to find out what an ideal enrollment is."

Briar Cliff was founded in 1930 as a Catholic college for women and began admitting men in the late 1960s. Freeman was among the first male students.

“Like all institutions of higher education, increasing enrollment, retention, philanthropy and community opportunities are vital to Briar Cliff’s future," Freeman said. "Under Ms. Karstens’ leadership, we will tackle these challenges and build upon the Briar Cliff’s strong tradition. We are confident Briar Cliff is well poised for success with her leading the way.”

Karstens assumes her new role immediately. The date of a presidential inauguration for the fall months will be announced later.

What do you think about Briar Cliff University's appointment of Rachelle Karstens as president? Sound off at www.facebook.com/SiouxCityJournal

SIOUX CITY -- With a pitch from Major League Baseball, there will be finally be lights at the three Sioux City public high school baseball fields.

CORRECTIONVILLE, Iowa -- A man died from injuries from a two-vehicle collision east of Correctionville on Tuesday that closed a portion of U.S…

SIOUX CITY -- From her undergraduate and doctoral faculty advisers to Briar Cliff University officials and students, the praise for Rachelle K…

SIOUX CITY -- As she finishes her long career at Briar Cliff University, Sister Shirley Fineran will have a prominent role in the college's co… 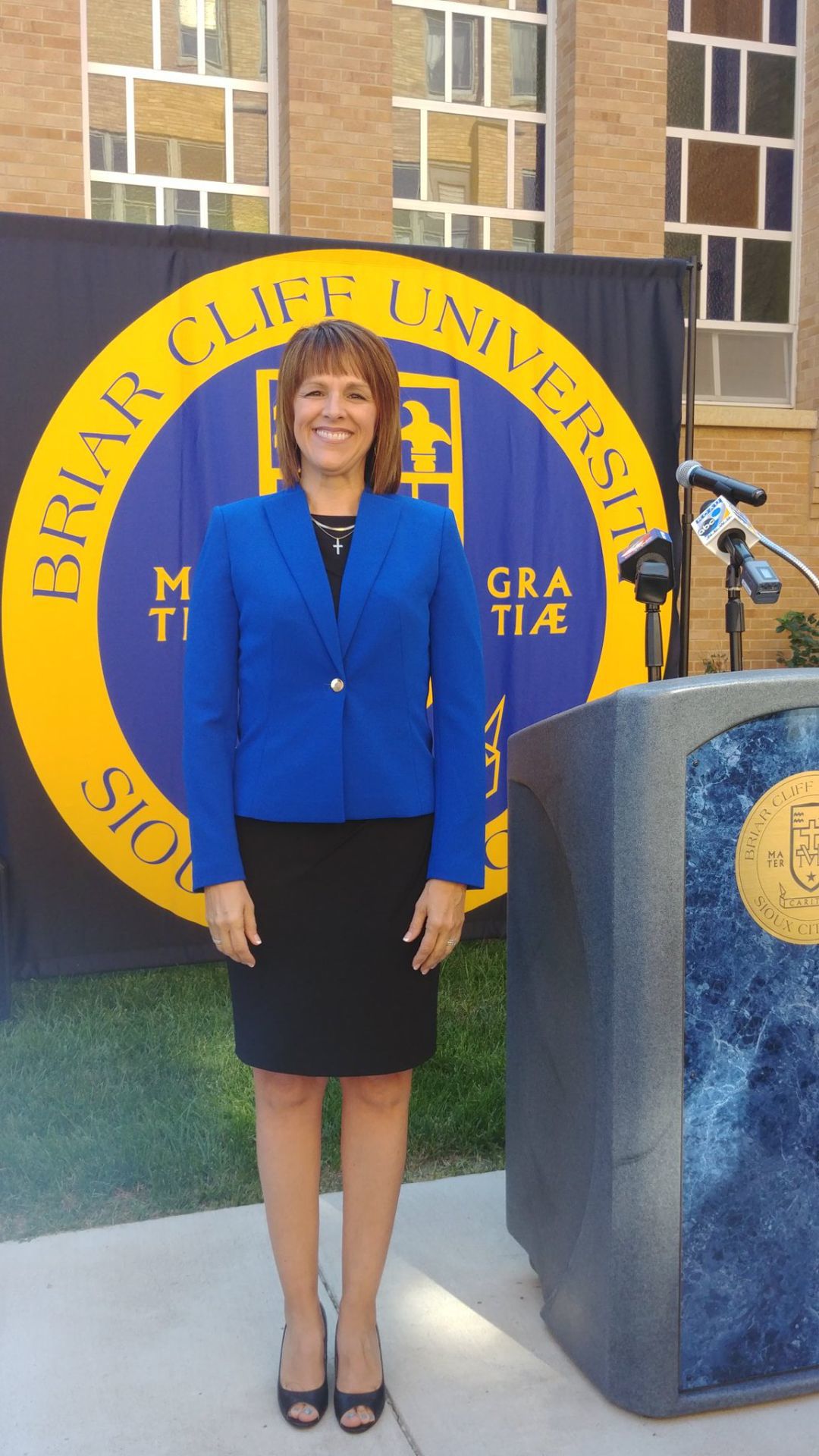 Rachelle Karstens was introduced as the 11th president of Briar Cliff University at a ceremony Tuesday morning. 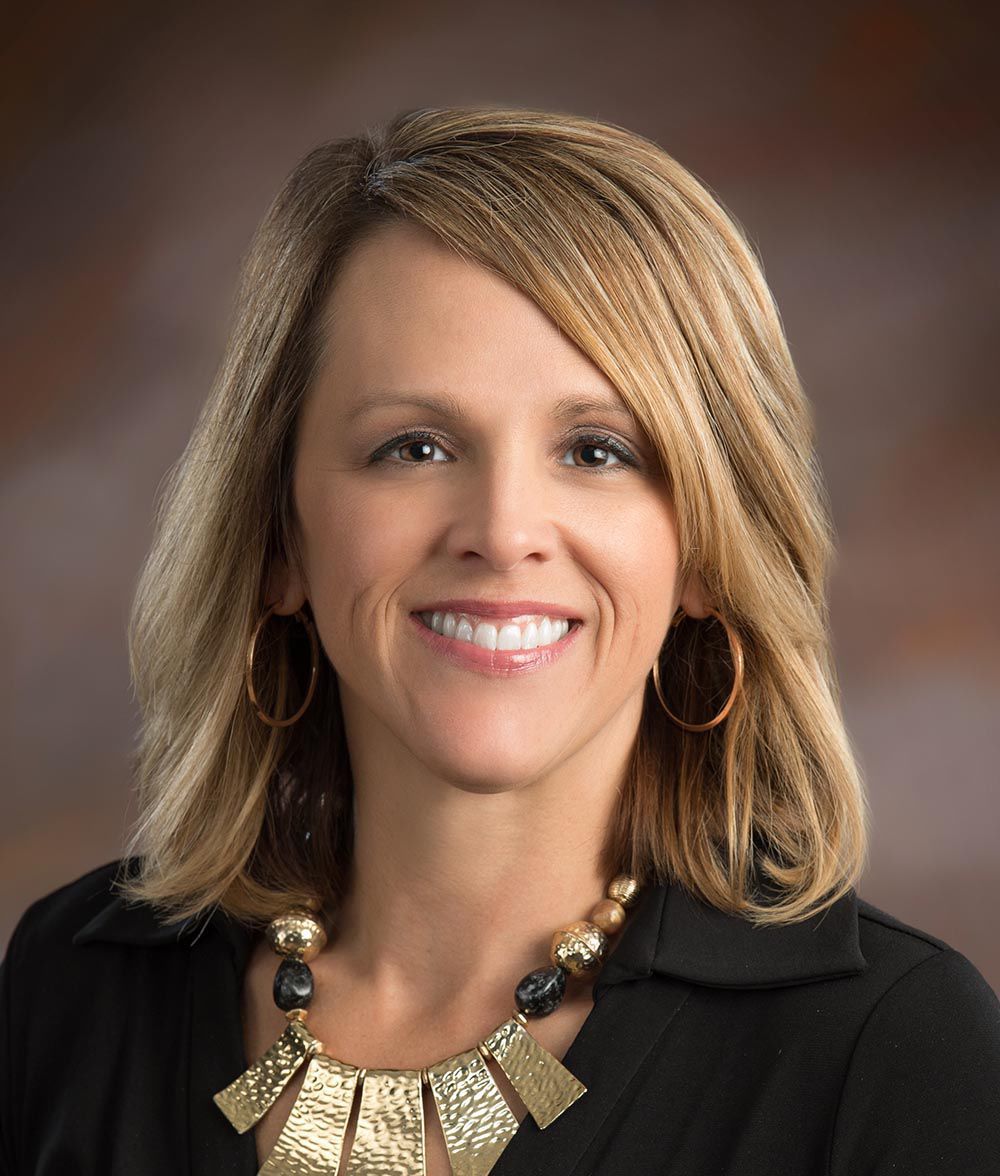