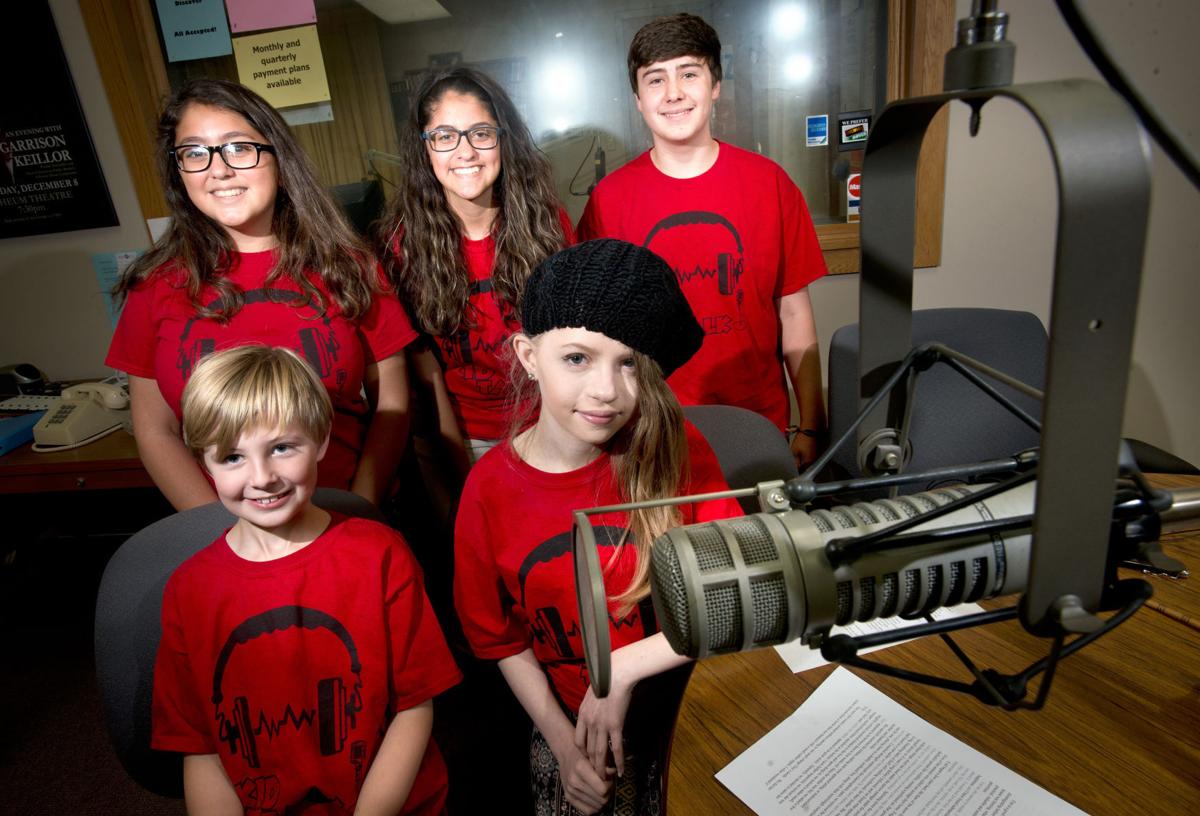 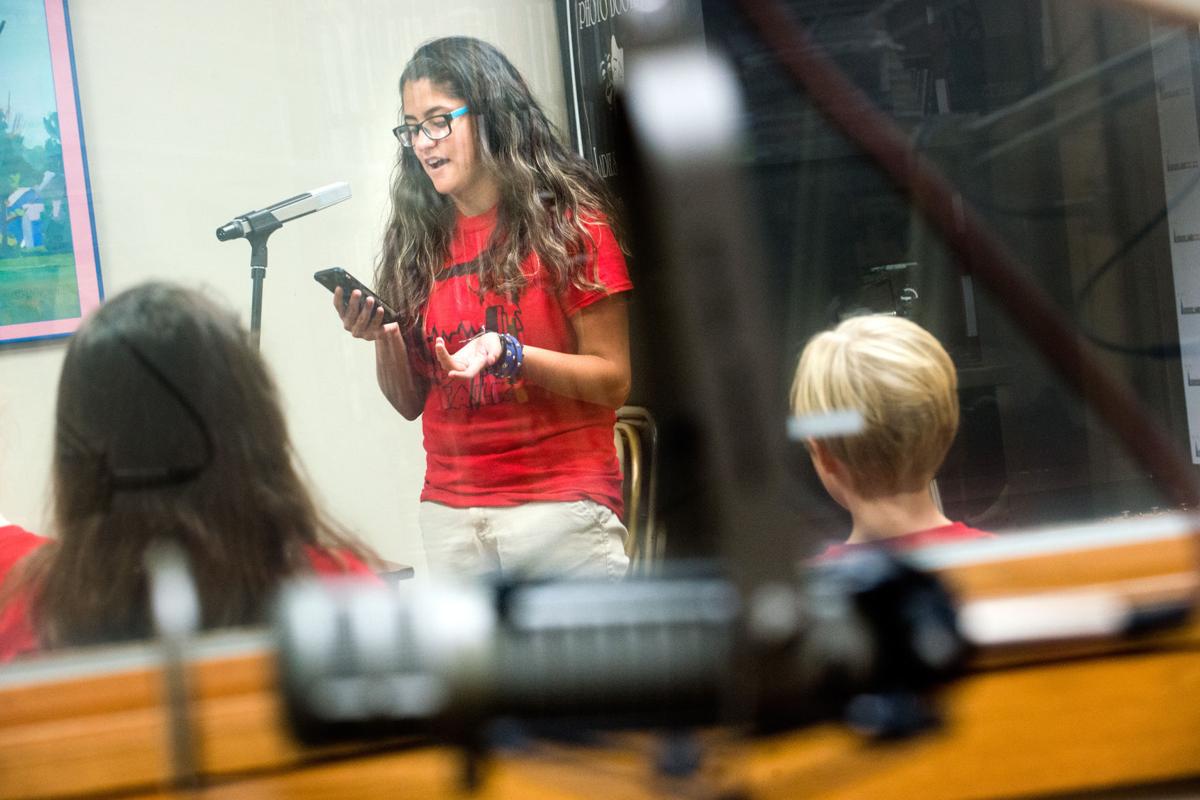 Brianna Martinez, participant of the KID TALK radio, rehearses on Wednesday at KWIT radio in Sioux City, Iowa for her Ode storytelling event on Friday.

Kid Talk is an offshoot pilot project of the Kid Scoop News Siouxland print edition, which is affiliated with the Journal, and with Siouxland Public Media.

The goal of Kid Talk is to give students an opportunity to not just write their features in a creative way, but also to learn the fundamentals of radio broadcasting. The output will be a radio show designed to appeal to a wide age range of kids.

"I really like editing and writing. Editing, I really enjoy, because I take a course in school and I can apply what I learned," said Brianna Martinez, a Bishop Heelan High School sophomore, who has been a feature reporter with Kid Scoop News since 2015.

Before the first radio airing, however, some Kid Talk students and others on Friday will share verbal stories in Ode, a storytelling series where community members tell true stories. Siouxland Public Media’s Ally Karsyn founded Ode in 2015.

In the Kid Scoop Ode event, the students will discuss "What would you grab if your house was on fire?"  Karsyn says that is an important question for anyone to answer, to pinpoint what they value in life, and the six students are ready to share their versions. The Ode event will be at LaunchPAD Children's Museum at 7 p.m., with an admission fee of $25 per person.

The students practiced on Wednesday, as Martinez described how she would save her siblings, even if all of them were individually described as "snarky." Martinez said she was surprised to realize she didn't pick her camera, computer or sketch books.

"I can live without those things. But life would be intolerable without my friends and, yes, my siblings," Martinez read.

Shifting her weight from foot to foot, Iowa Connections Academy eighth-grader Meghan Mrla described selecting her cat, Tiny, to grab during a fire.

"Over the years, she has been my rock," Mrla concluded.

Also ahead, Kid Talk will move into fourth and fifth grade at Loess Hills Elementary, which has been designated a technology specialty school of the Sioux City School District. Twenty students in those grades will also hone technology skills with interviewing, writing and broadcasting. The output of the Loess Hills students will air on KWIT in January.

Jeanette Hopkins, the Journal's coordinator for Newspapers In Education Siouxland and its Kid Scoop News Siouxland, said some students lean toward writing, while others are more dialed into editing and production tasks.

"They are working on something that they love that carries over into the classroom," Hopkins said.

Hopkins said the students have no problem getting lost in their work for a few hours per day, and "that just shows the meaningful direction of the program." Hopkins cited the work of Parker Bell, a North High pupil.

Bell said he primarily enjoys editing, which involves taking audio files of student interviews, picking out the best quotes and cutting them into sound bites for use. Some students might find that work stressful.

"It is relaxing," Bell said, with a slight smile.

SIOUX CITY | No new personnel will be added, but there will be more directed instruction for middle school students in the Sioux City School D…

SIOUX CITY | A host of comments by a trio of Siouxland governors were upstaged by a well-spoken Sioux City fifth grade boy Tuesday.

SIOUX CITY -- Kage Knudsen got his first cell phone, at age 10. Today, he uses a more recent mobile device, a Moto, mostly for staying in touc…

While Siouxland may not contain a Grand Canyon, Mount Rushmore or Worlds of Fun, there are certainly many fine stopping spots from outdoor recreation to water parks. Here are six for your radar.

Brianna Martinez, participant of the KID TALK radio, rehearses on Wednesday at KWIT radio in Sioux City, Iowa for her Ode storytelling event on Friday.