SIOUX CITY -- Some school districts this fall could recommend or even require grades K-12 students to wear masks in class to halt spread of the novel coronavirus.

Science, social studies and foods classes will play out without pupils working in close teams on hands-on projects, in order to maintain social distancing.

And cleansing wipes and hand sanitizer costs in districts will rise, as will cleaning activities by maintenance personnel, although federal funds are available to help pay for that.

Thanks to plans required by the Iowa Department of Education, the picture for how schooling will look in August is beginning to come into focus. All districts must file what are called Return to Learn plans by July 1.

The virus, which caused the last 10 weeks of the school year to be called off or moved online, could flare up in some districts and not others. Therefore, what kind of instruction takes place in Le Mars might not be the same as what plays out in Storm Lake, so the picture of schooling won't look like that of recent decades, Siouxland school officials said.

The big hope by Northwest Iowa school officials is to fully return to in-school instruction in the 2020-21 year, but the presumption is that the coronavirus will still be present in two months. It could be extremely difficult to maintain a full fleet of teachers, as some substitute teachers may be loathe to enter classrooms for vacancies due to fear of COVID-19.

School officials have gauged community input as they've made Return to Learn plans. Storm Lake School District Superintendent Stacey Cole said it is a certainty that, in a district with 2,600 students and 400 instructors, someone in the schools will test positive for the virus.

She said lessening the time in buildings for learning after an outbreak is out of simple necessity -- there aren't extra teachers to instruct half-full rooms, plus not enough extra rooms to space out students to the recommended social distancing of six feet between people.

"There is nowhere for us to go," Cole said.

Iowa K-12 school districts instruct pupils for roughly 36 weeks each year, but the arrival of the coronavirus pandemic in March meant students only got 26 weeks of in-building instruction. An announcement by Gov. Kim Reynolds led Iowa districts to begin calling off classes on March 16, and the coursework that would have been done over the last 2.5 months was not required to be made up. Additionally, grades weren't given to any students who thereafter did voluntary work.

If schools close down even temporarily in the upcoming year, there won't be another "pass" on finishing the semesters of content -- the full curriculum would have to be delivered online and graded. Cole said that means teachers will have to be nimble to potentially adjust their instruction as the year goes on.

Across Iowa, more than 27,000 people have tested positive for the virus. Of these, more than 60 percent have recovered, while more than 700 have died.

Cole said each individual school board can vote to close schools, if they see an outbreak is so severe to warrant that. Sioux City School District Assistant Superintendent Kim Buryanek said there is no set number of positive cases to result in a school closure, while adding that input from Siouxland District Health Department officials would weigh heavily in any decision.

Cole said the Storm Lake plan includes four scenarios -- all in-school instruction, all online learning, and two hybrid models, where students would be in classrooms for five of 10 days in a two-week period (50 percent capacity) or rather one day per week (20 percent), with the rest of time taking online learning.

Similarly, under a 50 percent hybrid model in the Sioux City district, students with last names beginning from A-M would attend school Mondays and Thursdays, while those from N-Z would go on Tuesday and Fridays. Wednesdays would be professional development for the teachers.

Cole explained that while some people want to get the year started early to have extra time to make up any absences, the state rule that classes can't start before Aug. 24 remains in force. Sioux City is among the districts who will do a so-called boot camp for learning in early August, but those days are only considered refreshers for topics not covered at the end of 2019-20.

Cole said Storm Lake administrators will not be recommending that students wear masks in classes or hallways, but Sioux City School District students will be asked to wear them.

The Sioux City School Board last week debated whether requiring masks was a defensible step. Buryanek said the input of public health officials would weigh heavily into any shift to require face coverings.

Chad Krastel, a parent of children who attend the district, told the board he would not like the "freedom" lost with any mask-wearing requirement.

The Return to Learn plan in Sioux City expects parents to take their child's temperature before sending them to school. Once in school, cleaning items will be present, and students will clean their desk areas before and after classes.

Cole said students certainly have anxiety over the uncertainty of how schooling may happen for 2020-21. She says there is a lesson to be learned through the potential difficulties, so pupils should remember school officials will support them.

"We so much believe in you, that we are not going to take the 'easy button' here," Cole said. "We have to let them know how much we believe in them."

Don Dew said people who have disabilities and the elderly often depend on public transportation, but Test Iowa doesn't allow individuals to walk up for appointments; the program also requires test seekers to fill out an online health assessment.

Approximately 435 people in the county are still dealing with an active infection, according to state data. This is down slightly from the tally a week ago of 442.

There were no dancers or music or booths, nor traditional Greek beverages, but the food -- probably the most popular element of the festival -- was still there.

MercyOne Siouxland Medical Center and UnityPoint Health -- St. Luke's said they are caring for a combined 23 patients for COVID-19-related illnesses.

SIOUX RAPIDS, Iowa -- The police chief of Sioux Rapids has been placed on unpaid administrative leave for two weeks, after city officials took…

The age or gender of the Dakota County who died was not disclosed. The number of deaths in county now stands at 36.

Several blocks of Jackson Street in Sioux City getting construction

The work has an estimated mid-August completion date.

That number of people hospitalized with COVID-19 in Sioux City hospitals has been steadily declining in recent weeks, and a statement said those hospitalization numbers will no longer be reported on a daily basis.

There were 12 newly confirmed cases of the novel coronavirus Wednesday, out of 118 individuals tested. Woodbury County has now had more than 3,100 reported cases, the majority of which are considered recovered.

Fall courses semester include both online and flex classes. Flex courses will combine face-to-face, online and Zoom learning, with instructors delivering as much content as possible in the traditional classroom setting, President Terry Murrell said.

The additional laptops give the district enough for every student from transitional kindergarten through 12th grade to have a laptop, a district administrator said.

The new single-story jail will be built on a 38-acre plot of land in the vicinity near 28th Street, just north of the Lake Forest Mobile Home Community, and the aging jail downtown eventually will be shuttered.

Professional Pool & Spa has seen roughly an 800 percent increase in sales amid the pandemic, sales manager Lucas Mosher said. On a recent visit, just two models were sitting on the showroom floor -- and one was expected to be gone soon.

State authorities issued public health guidance for districts, but that was met with widespread condemnation from the education community. Educators were particularly upset that the guidance did not require or even recommend the use of face masks. 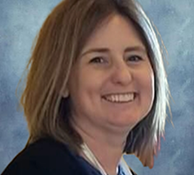