By comparison, one year ago scores rose at all seven metro schools, when the range ran from 16.7 to 24.0.

[Read more: Enrollment up at some Siouxland colleges, down at others.]

The American College Testing, or ACT, measures students' proficiency in English, math, reading and science reasoning. Each section and the composite is scored from 1 to 36.

In the Midwest, the ACT is an academic benchmark commonly used for college admissions and many scholarships. 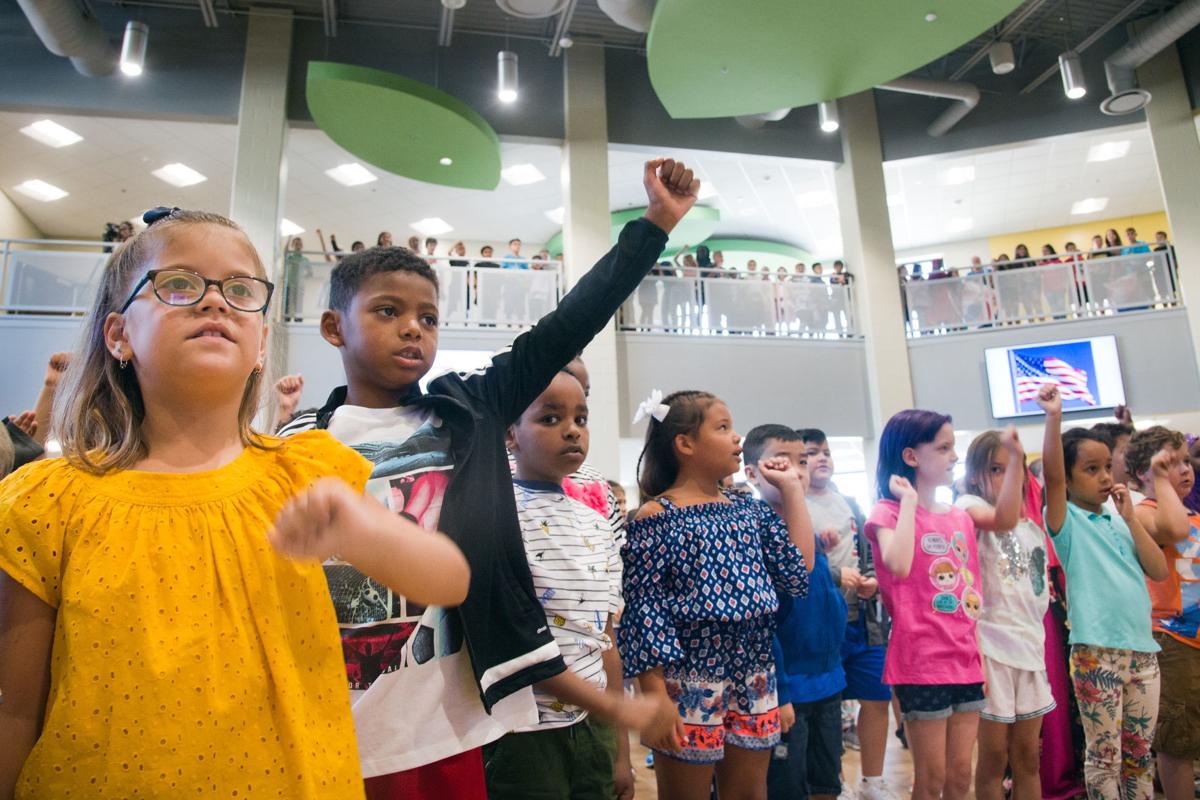 From left, second grade students Eden Roling and Zavier Woodruff recite the P.A.W.S. pledge at Bryant Elementary School in Sioux City Friday. It was the first day of classes at the new Bryant, built at the same northside site as an aging school of the same name that was demolished in the summer 2016. 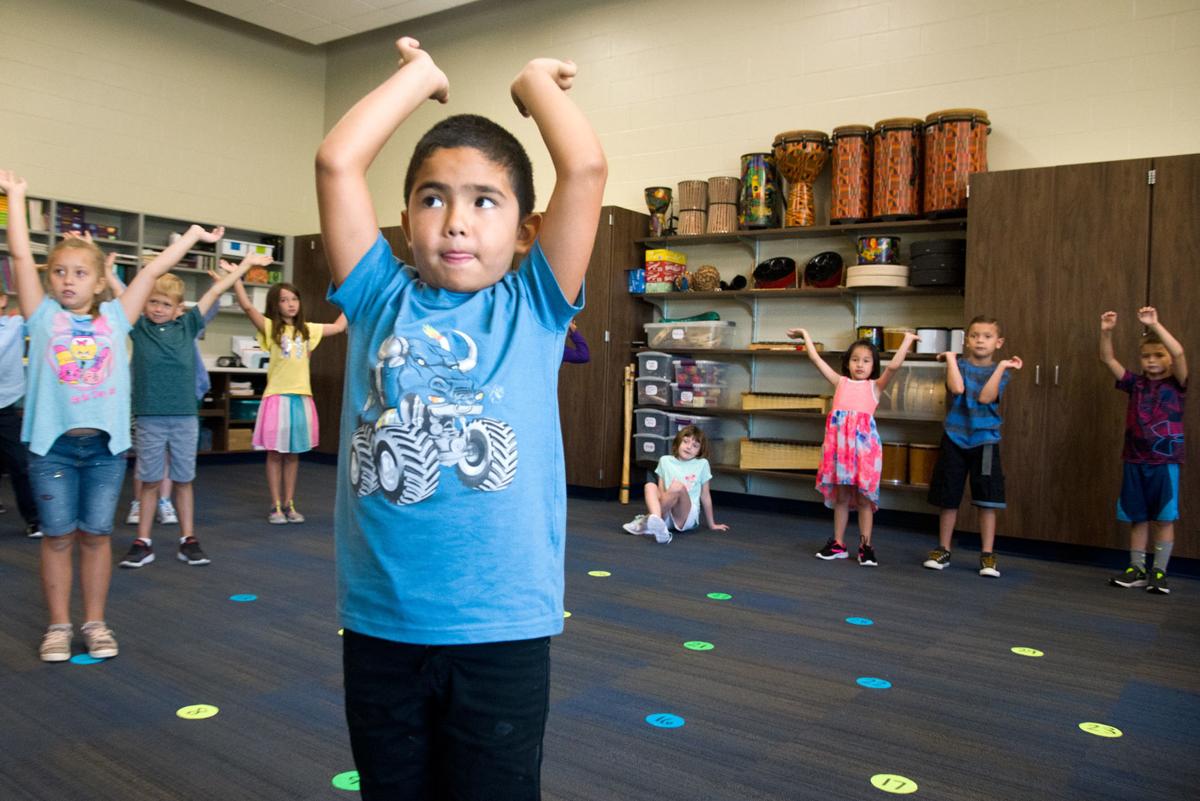 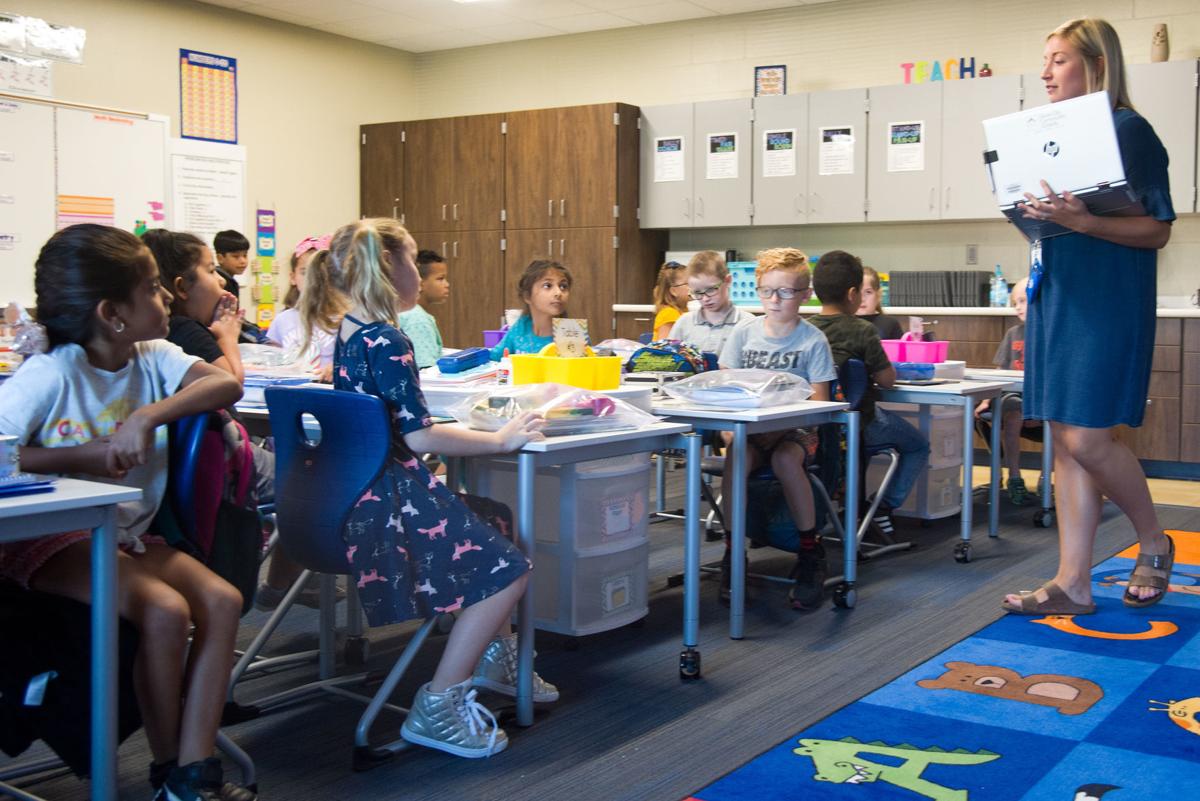 Second grade teacher Carrie Edwards talks with students at Bryant Elementary School on Aug. 23, the first day for the new school on Sioux City's north side. 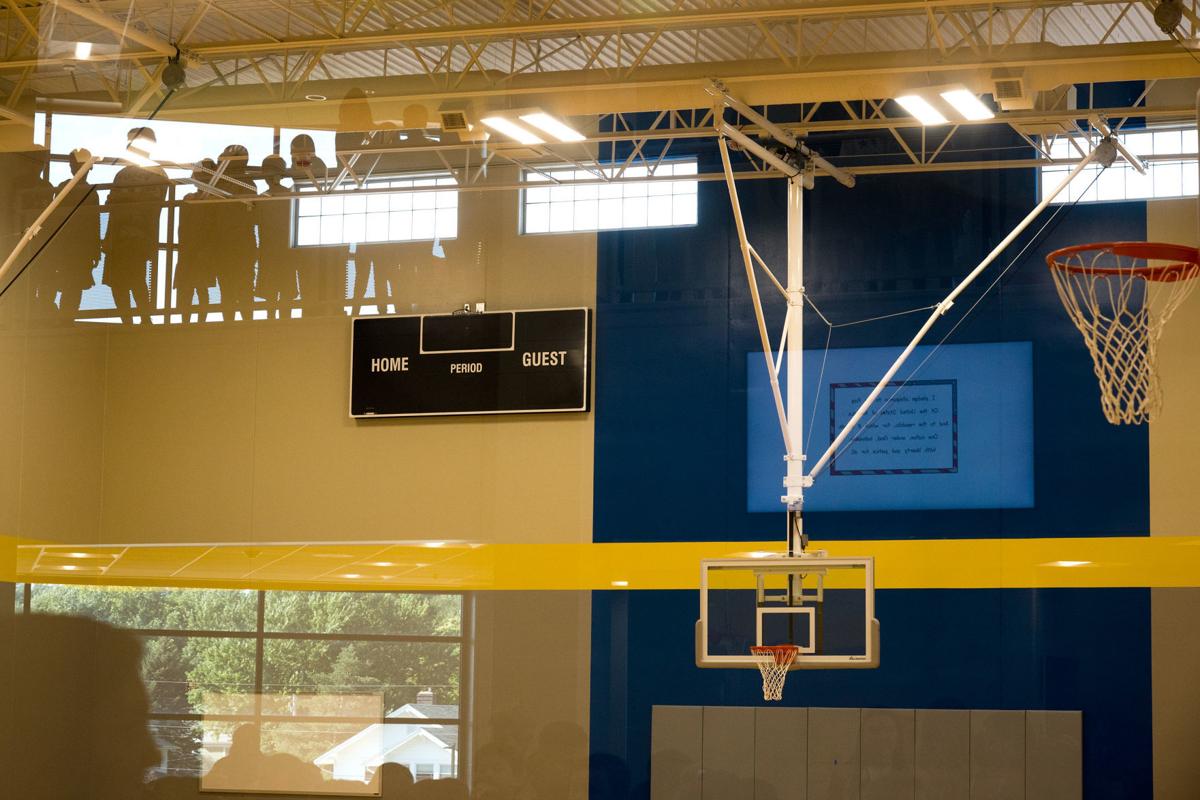 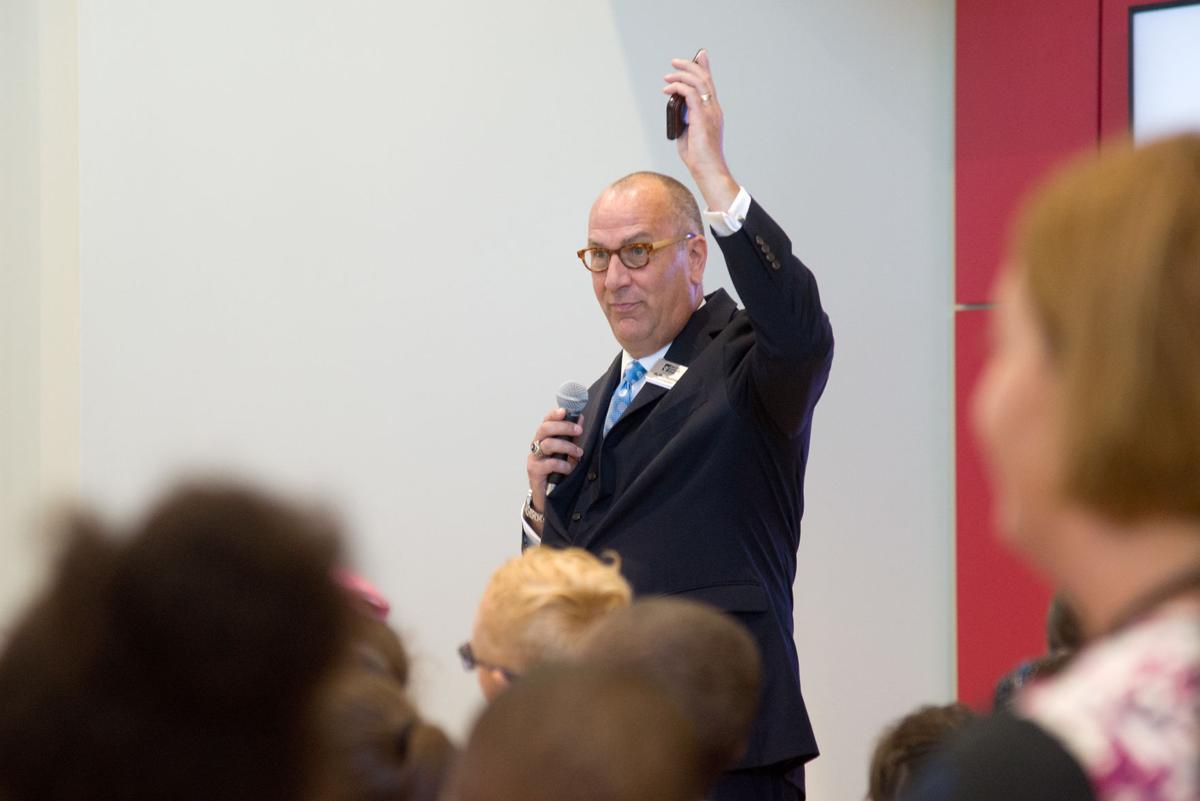 In this August 2019 file photo, Superintendent Paul Gausman talks with students at Bryant Elementary School in Sioux City. Gausman's salary is nearing $250,000, after approval Monday of a 2.25% raise in his pay and benefits package. 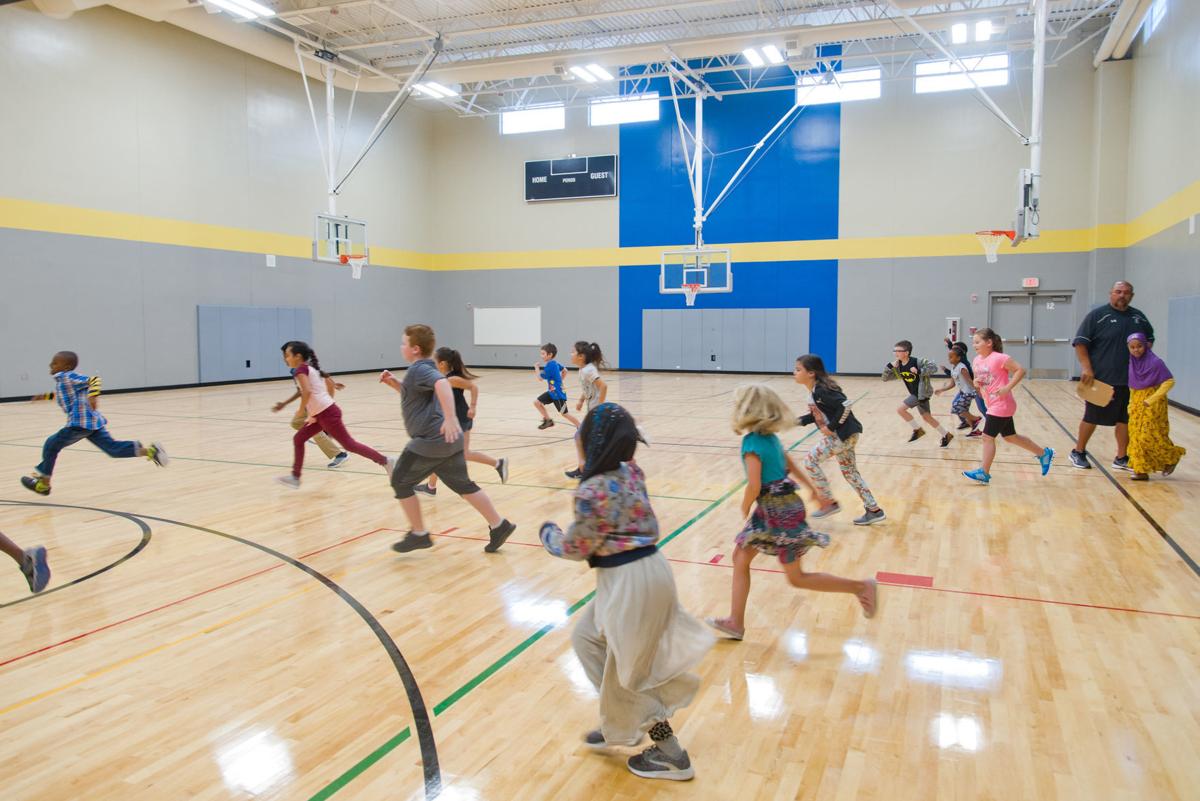 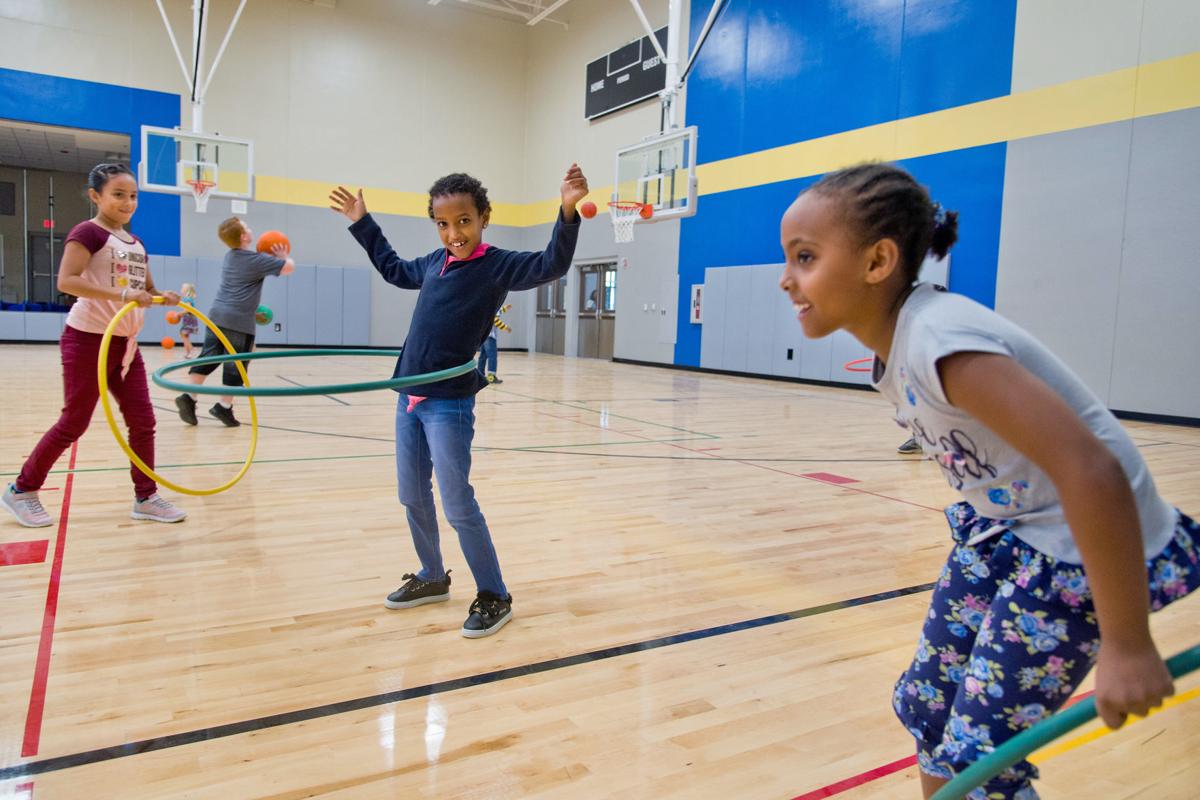 Third-graders from left, Fay Johnson, Betelihem Reda, and Heemen Ambye exercise at the gymnasium at Bryant Elementary School in Sioux City on the first day of classes in the new northside school.

The Sioux City district's three high schools combined for an average composite of 20.1, for the lowest combined district score in eight years. In the individual high schools, East students were at 20.6, North at 20.2 and West at 19.4.

The overall composite for the Sioux City district was 20.7 in 2016, the last of three straight years of gains that began in 2014, so the district has shown ACT increases in four of the last six years.

A total of 481 Sioux City public school students took the test, up from the 465 in 2018 and the highest number of test-takers in five years, with the difference reflecting seniors who took the test, Superintendent Paul Gausman said.

“Seeing the growth in engagement is meaningful, because it’s a testament to the work we’re doing in our schools to help students plan for the future. While the ACT is an important indicator for college readiness, it is just one of the many tools we use to assess student preparedness for the future," Gausman said.

"...While there was a decrease in our scores, year-over-year, this trend is consistent with the state’s data. Our focus is on continuing to engage students to believe in their ability to succeed and to eagerly accept the opportunity to tackle challenges that will help open doors for the future."

Which students take the test can impact how high school results turn out. Scores typically decrease as more students who are not college bound and have not taken preparatory courses for the ACT are required to take the exam.

Twenty states administer the ACT to all 11th graders, and in Nebraska all juniors began taking the test in 2016-17. Prior to joining an ACT pilot project where all students sit for the exam, about 40 percent of all South Sioux students took the test and the district composite score was about 20. 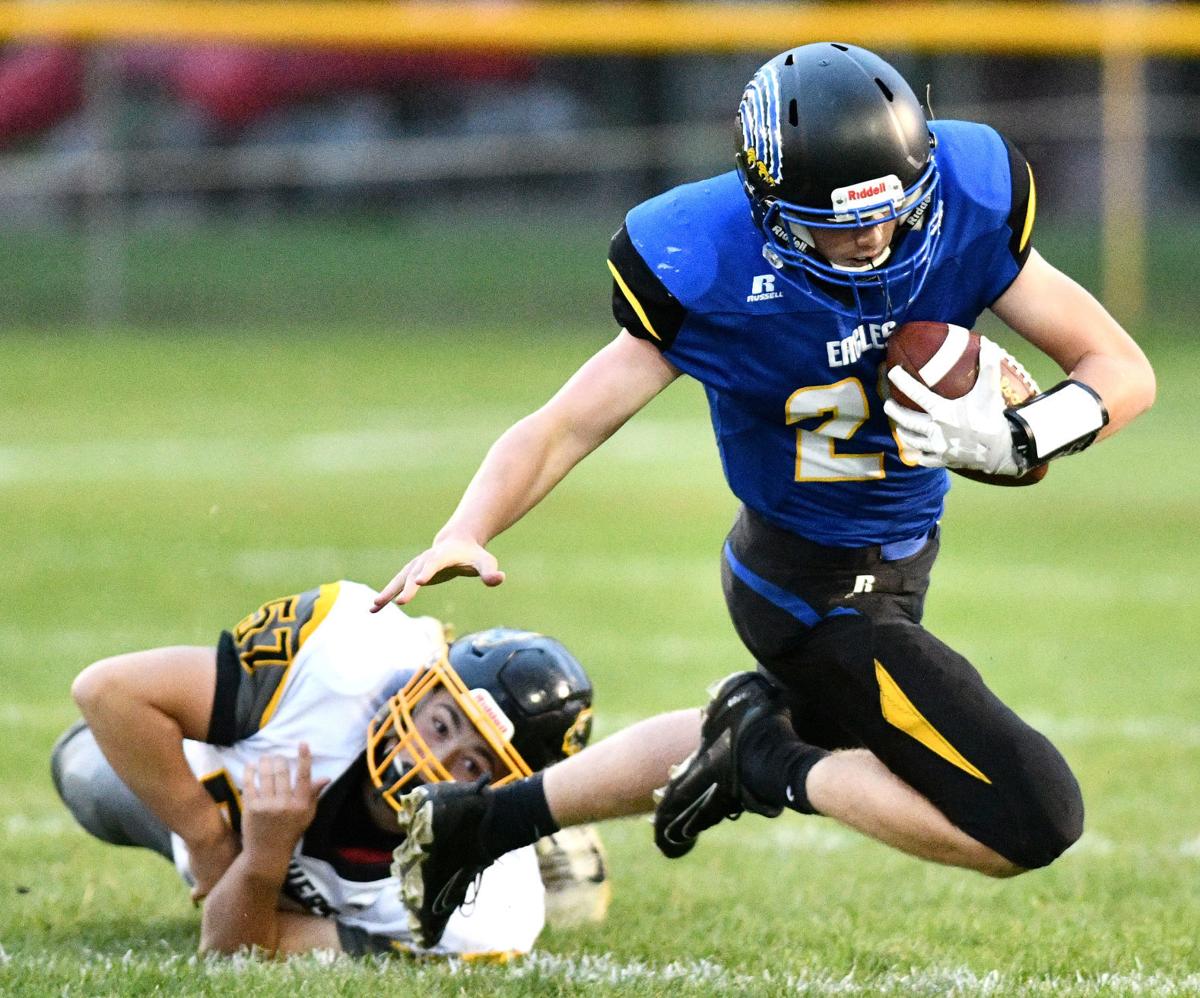 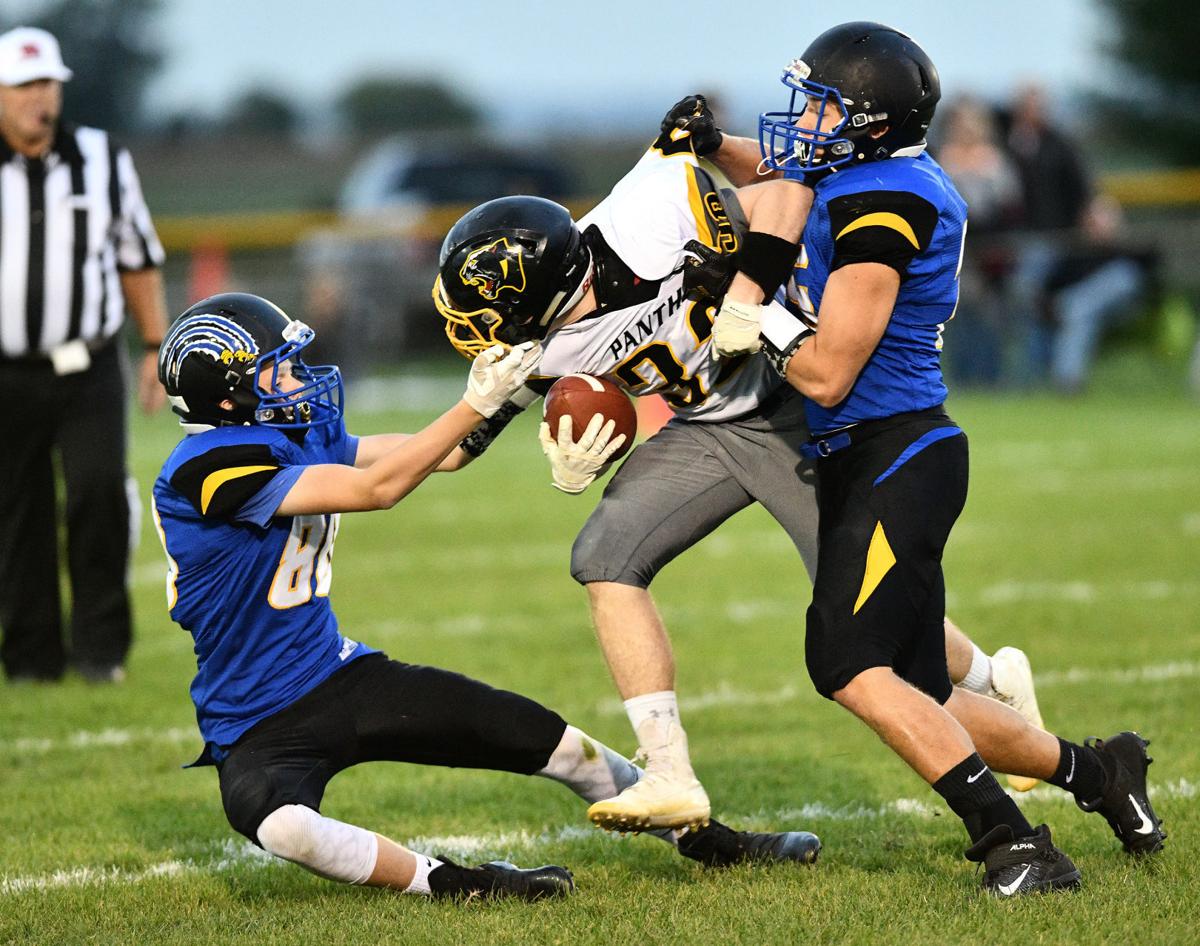 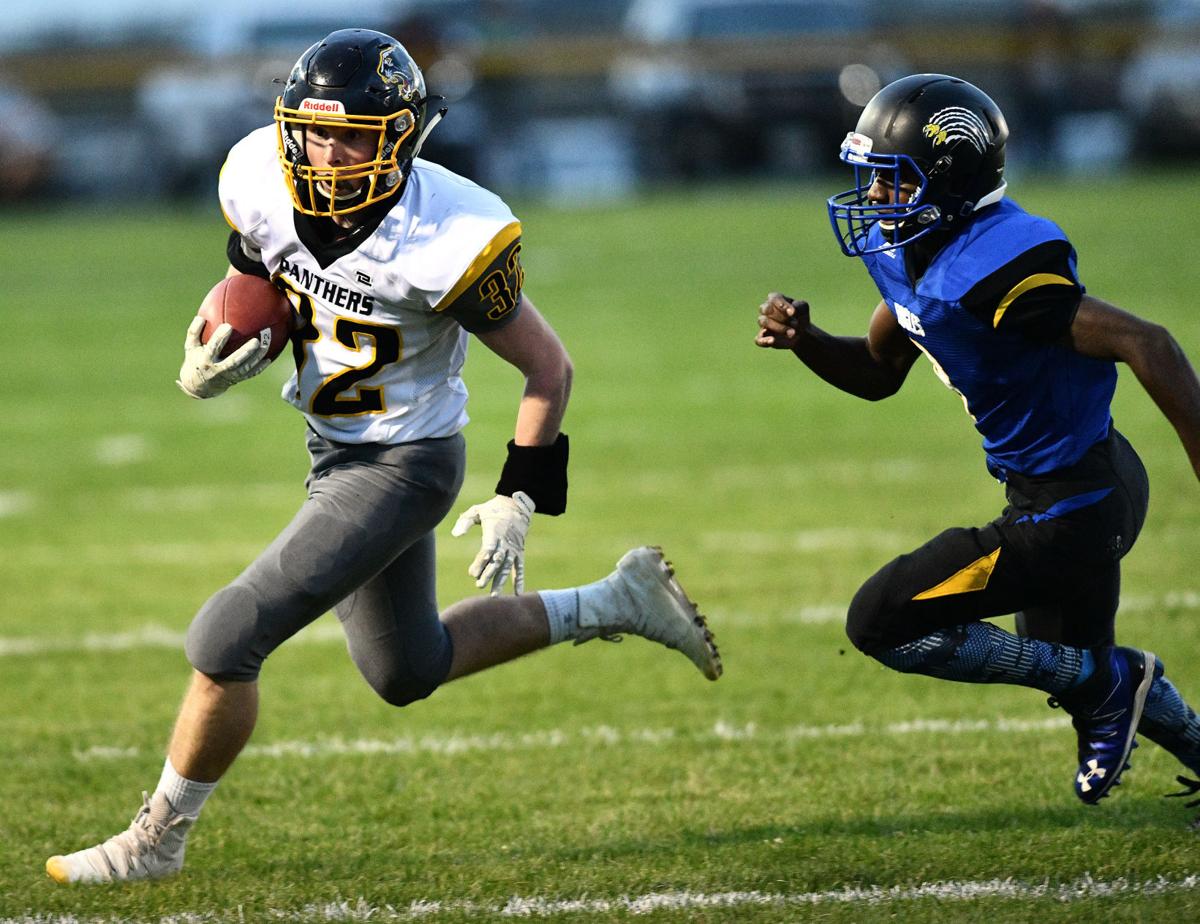 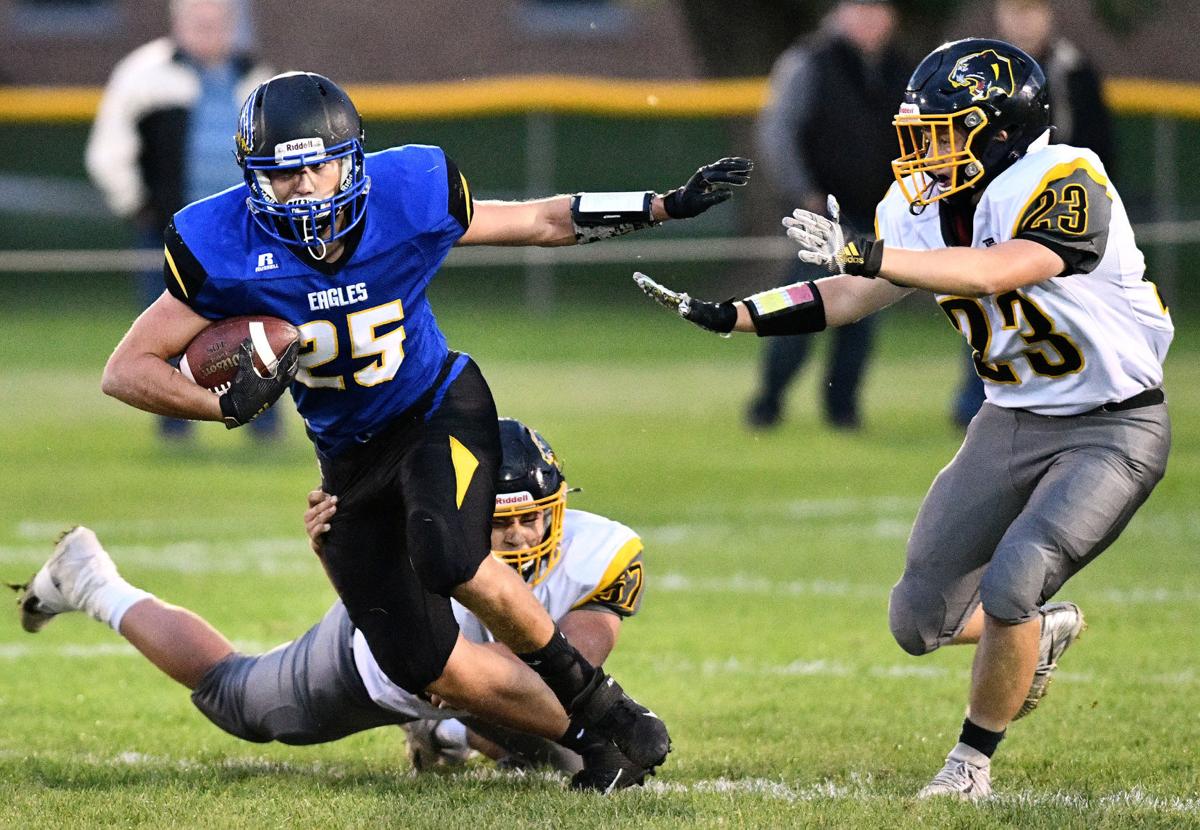 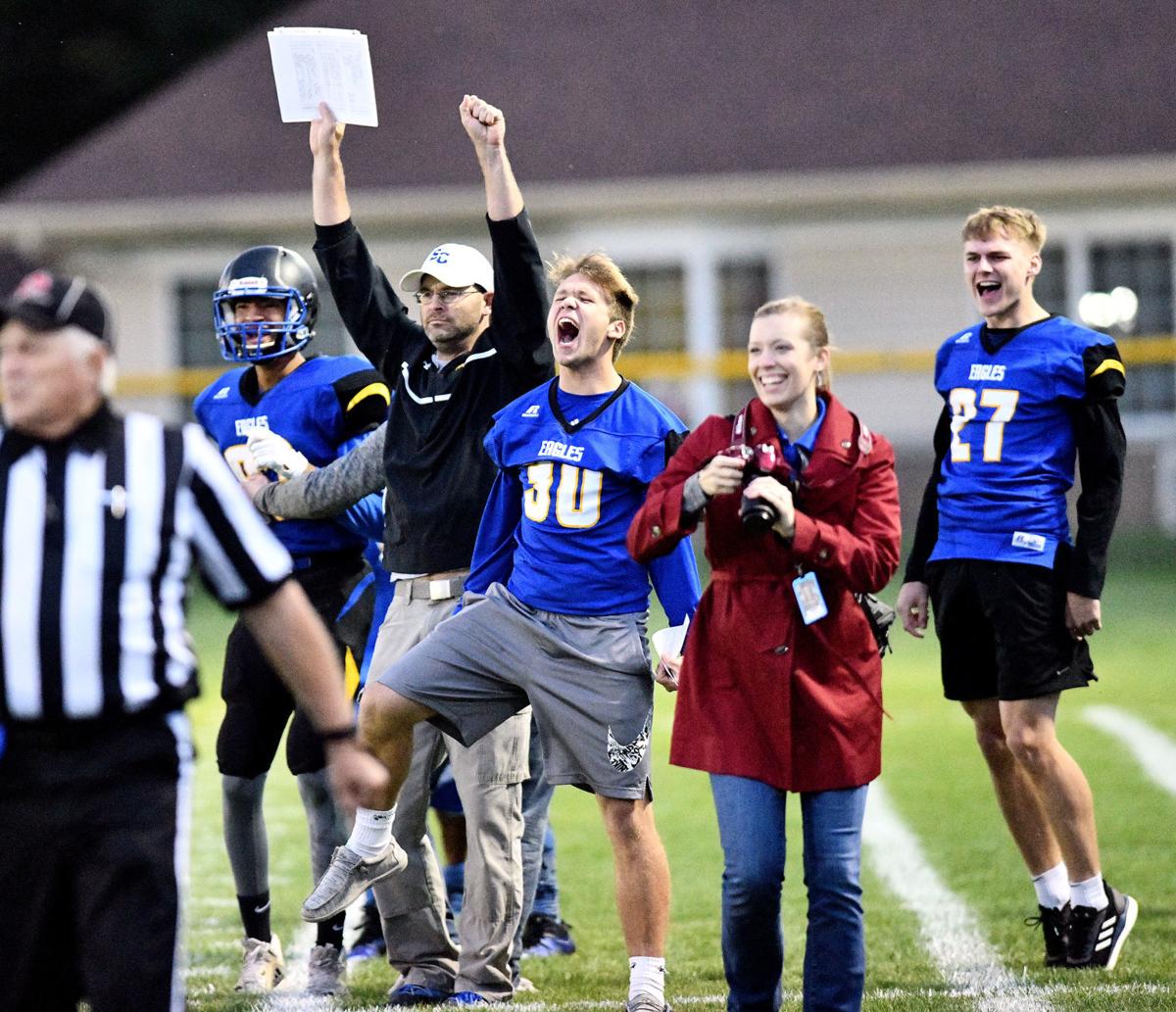 The Siouxland Christian-Whiting sideline, including head coach Adam Ball, reacts to a long pass completion during the team's game against Kingsley-Pierson on Sept. 27. 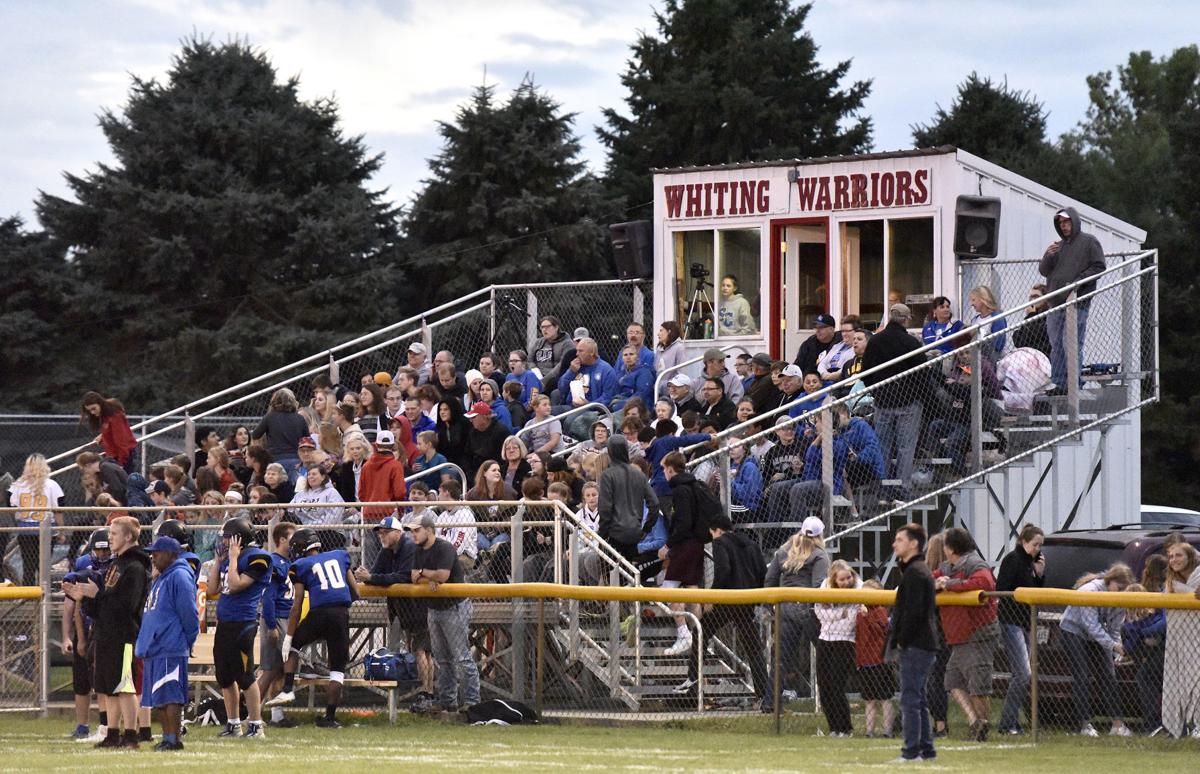 Siouxland Christian-Whiting fans fill a small set of home bleachers during the Eagles' game against Kingsley-Pierson on Sept. 27. 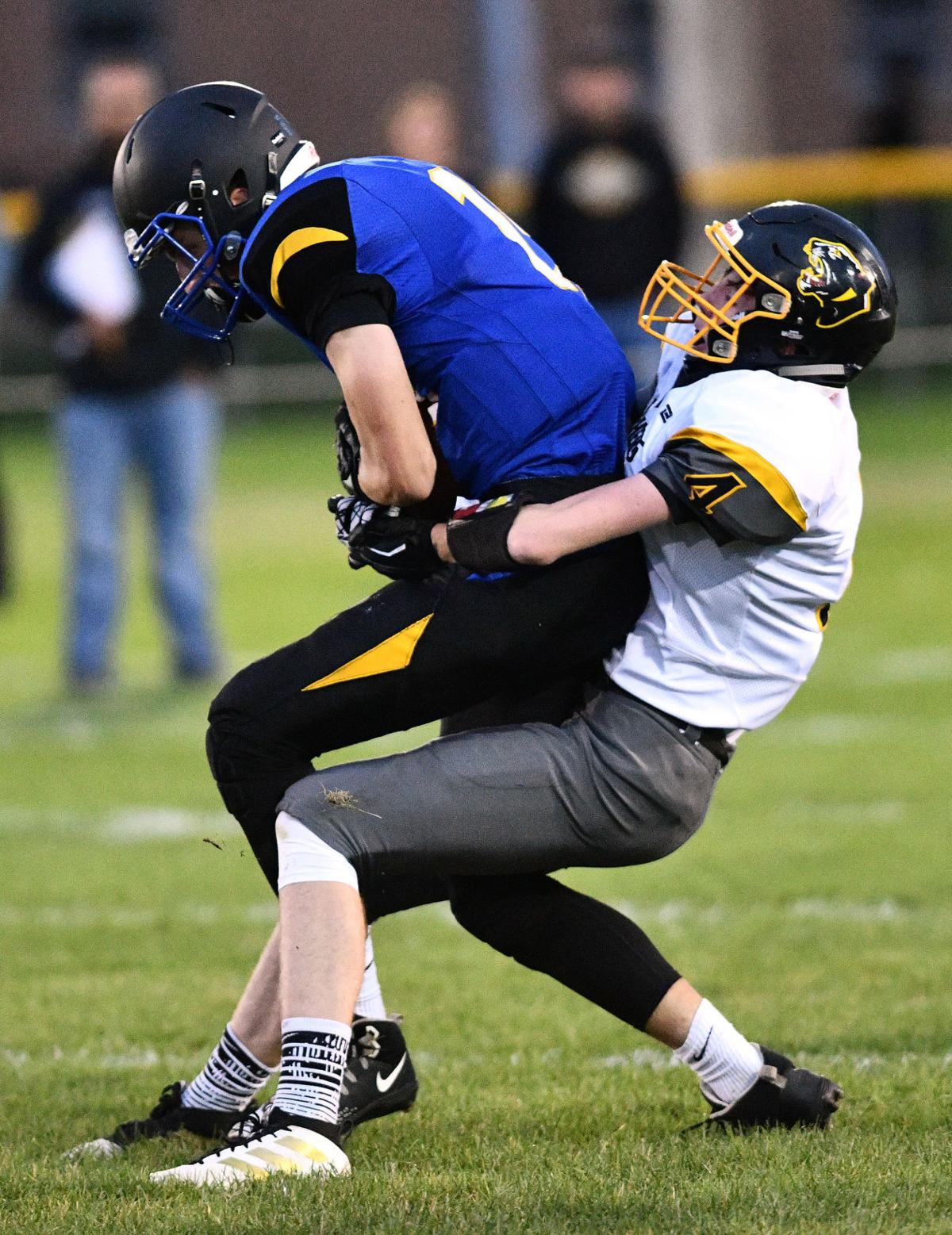 "We are extremely proud of the work that our teachers have done and want to commend our students for their achievements," O'Dell said.

"Teachers have dedicated many hours to curriculum work and we are seeing the benefits in our student achievement data. Our K-12 efforts to strengthen and align our curriculum, along with providing evidenced-based learning supports for students, are being reflected in our district-wide assessment results."

While Dakota Valley led the metro with the 23.3 composite score, it was a drop from the 23.5 of last year. DV students had shown testing increases the prior four years.

"Dakota Valley’s ACT scores have again significantly exceeded both the state and national averages, reflecting well on the quality and rigor of our academic program. Our staff strives to consistently provide multiple pathways to success and our ACT scores continue to be one example of our students' achievement," Dakota Valley Superintendent Jerry Rasmussen said.

"While this is down from a 24 in 2018, next year’s results are expected to be higher," Heelan Director of Guidance Bob Geary said.

He noted that 22 percent of Heelan students scored at 30 or above.

“A good classroom is the best support for the ACT because it is a curriculum-based assessment...While we consistently exceed state and national averages, we constantly look at ways to further strengthen learning for our students," Geary said.

"We are proud of how our students are performing and will continue to work hard to prepare all students for their future endeavors after high school," SB-L High School Principal Jason Klingensmith said.

The state average scores were 21.6 in Iowa and South Dakota, plus 20.0 in Nebraska. 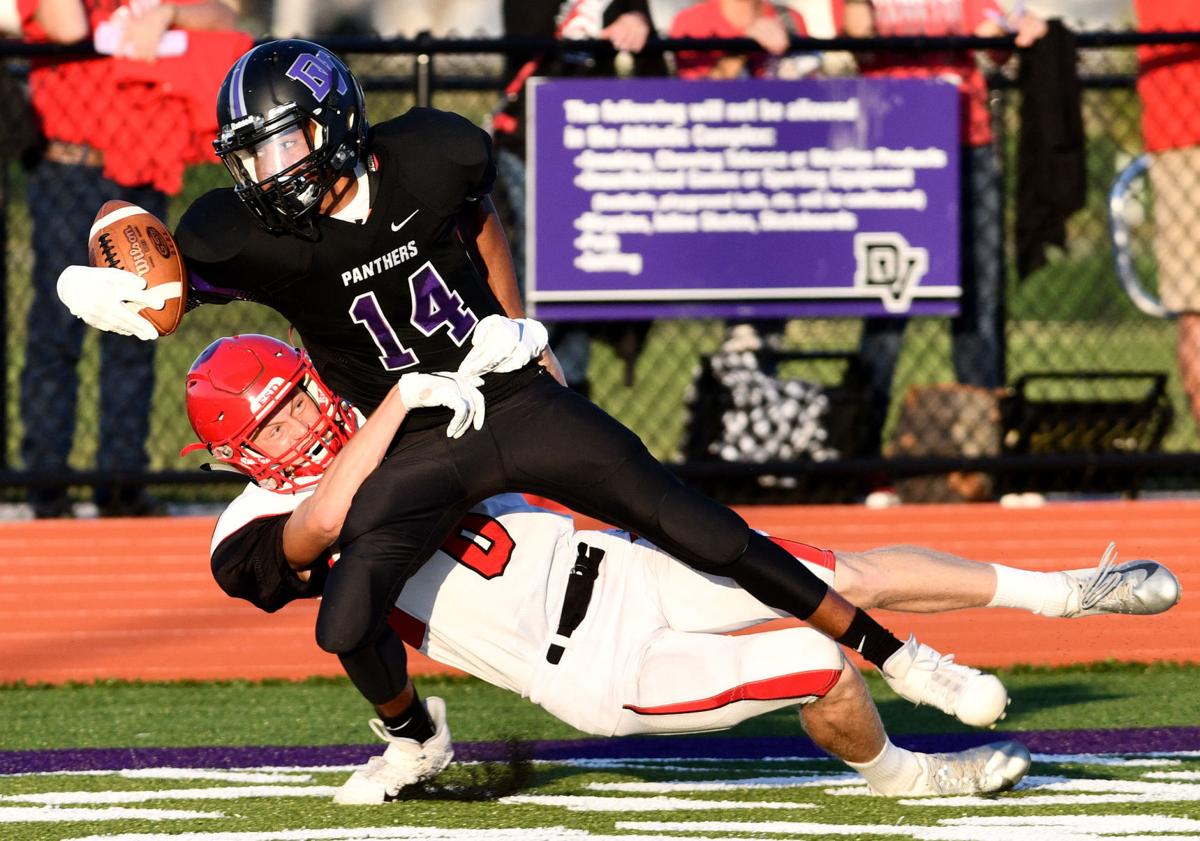 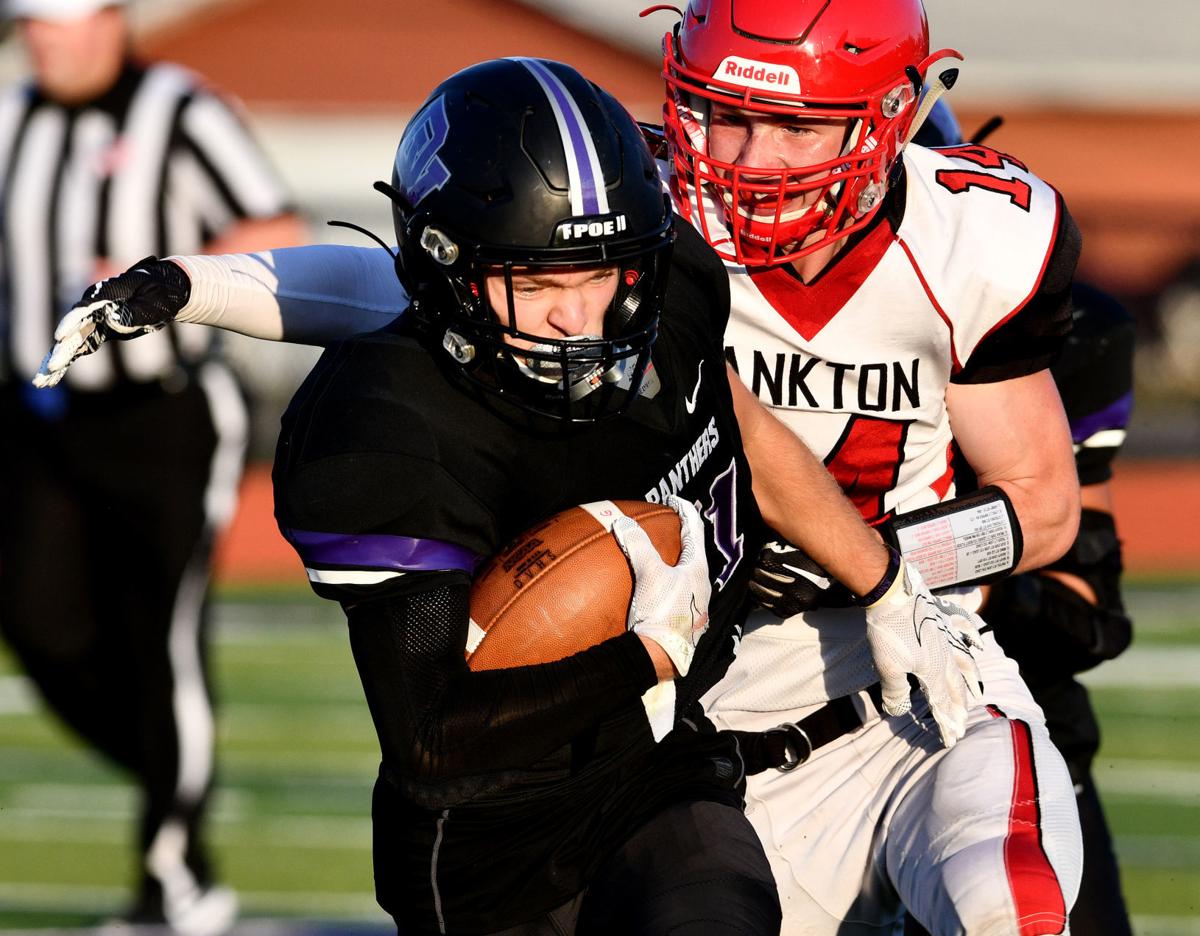 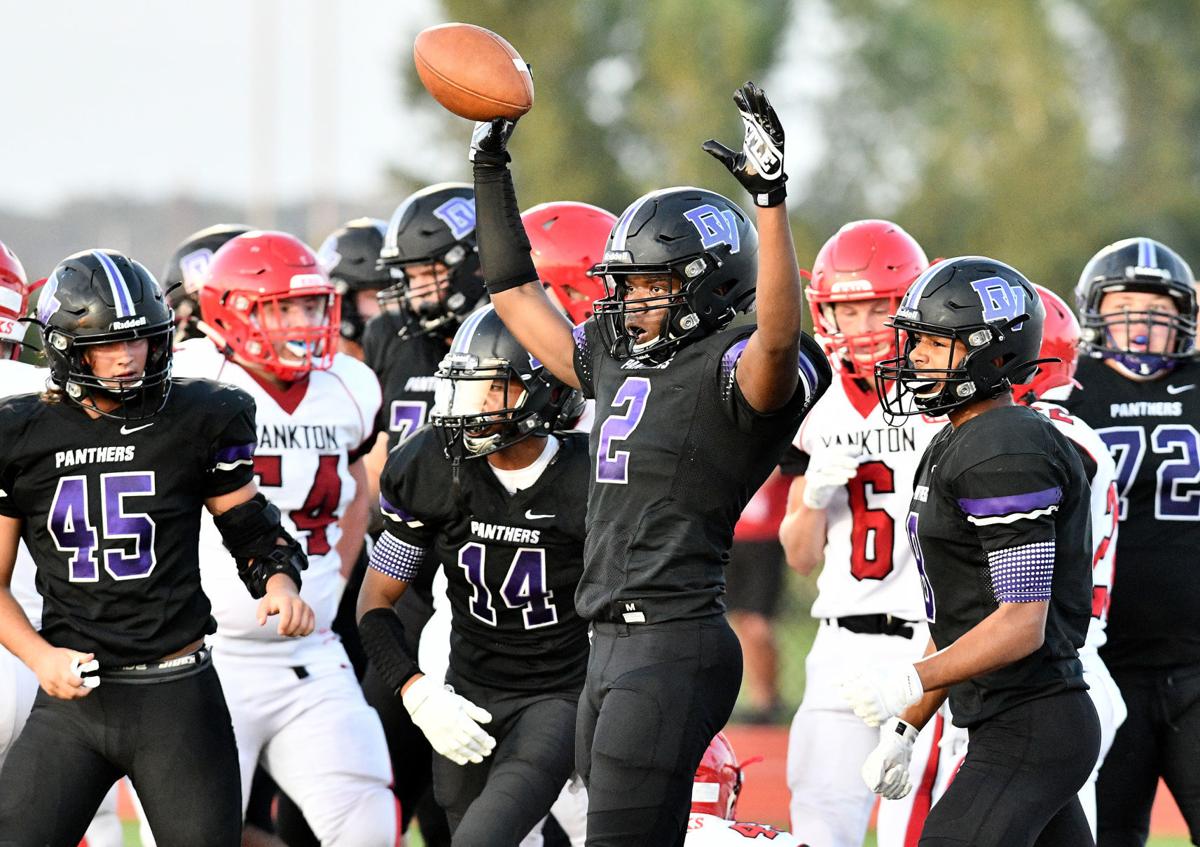 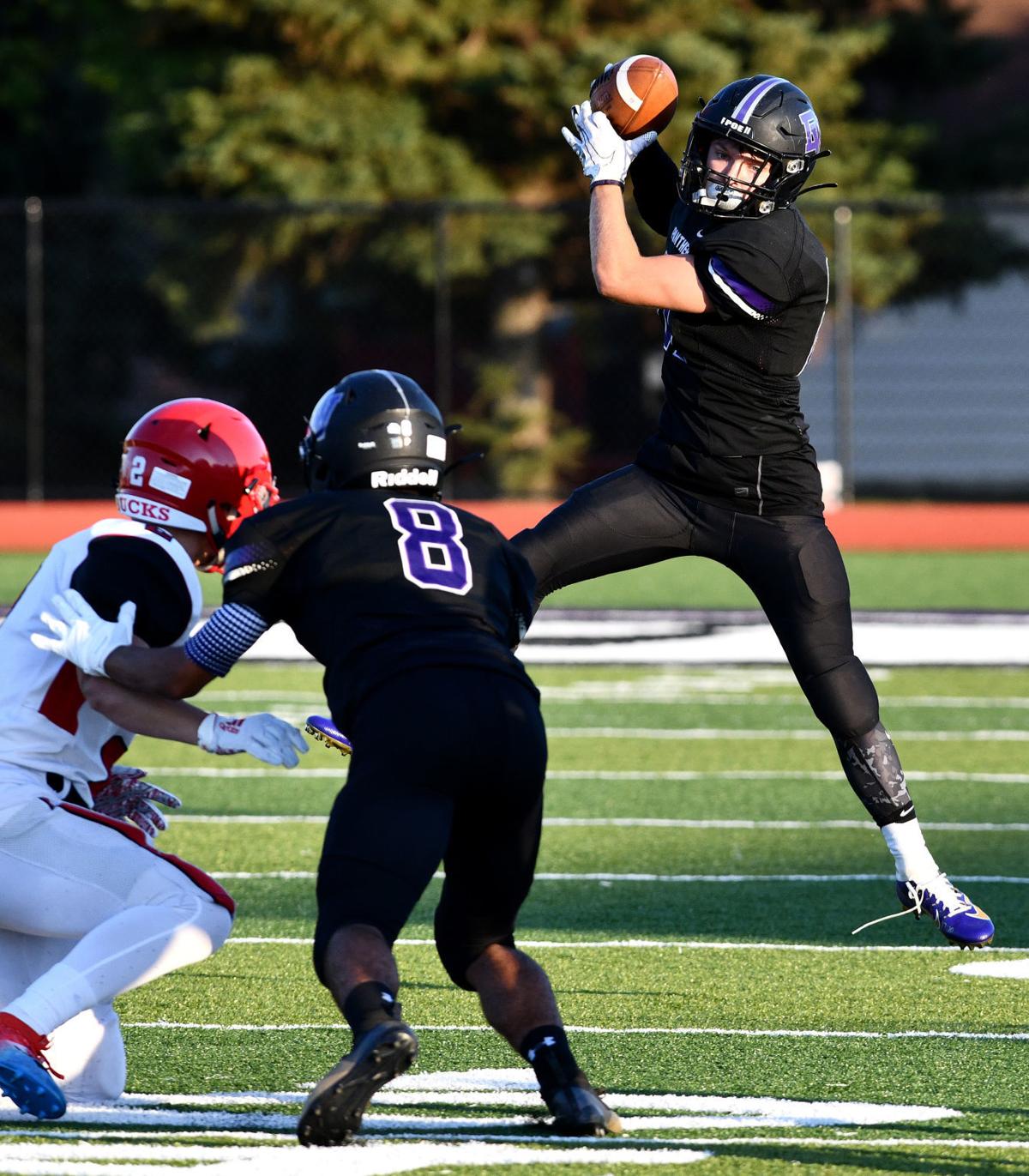 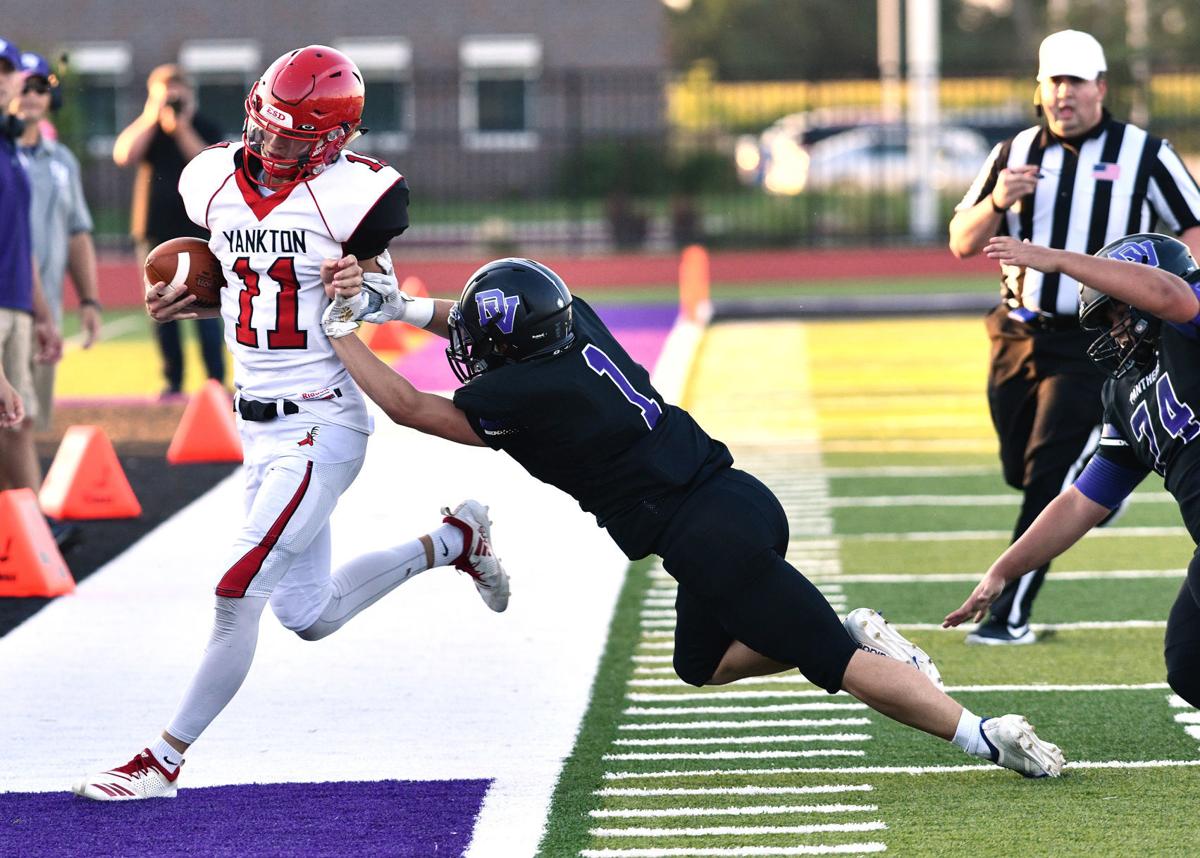 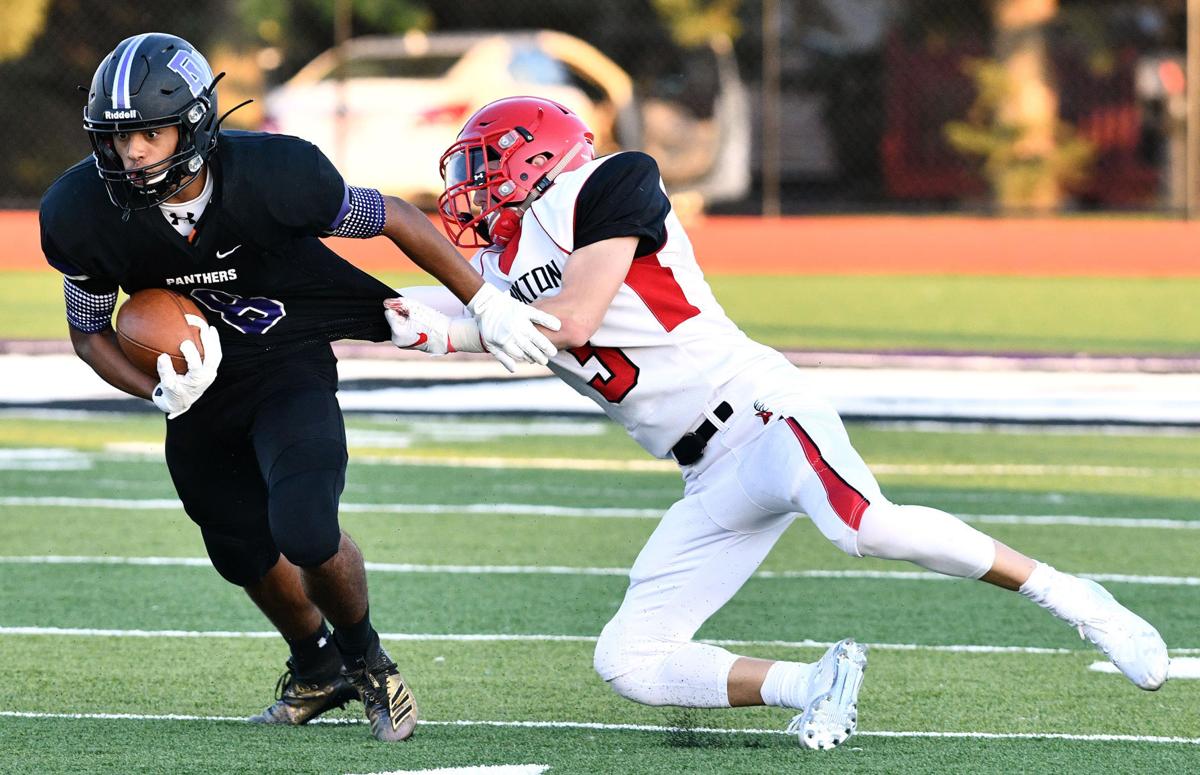 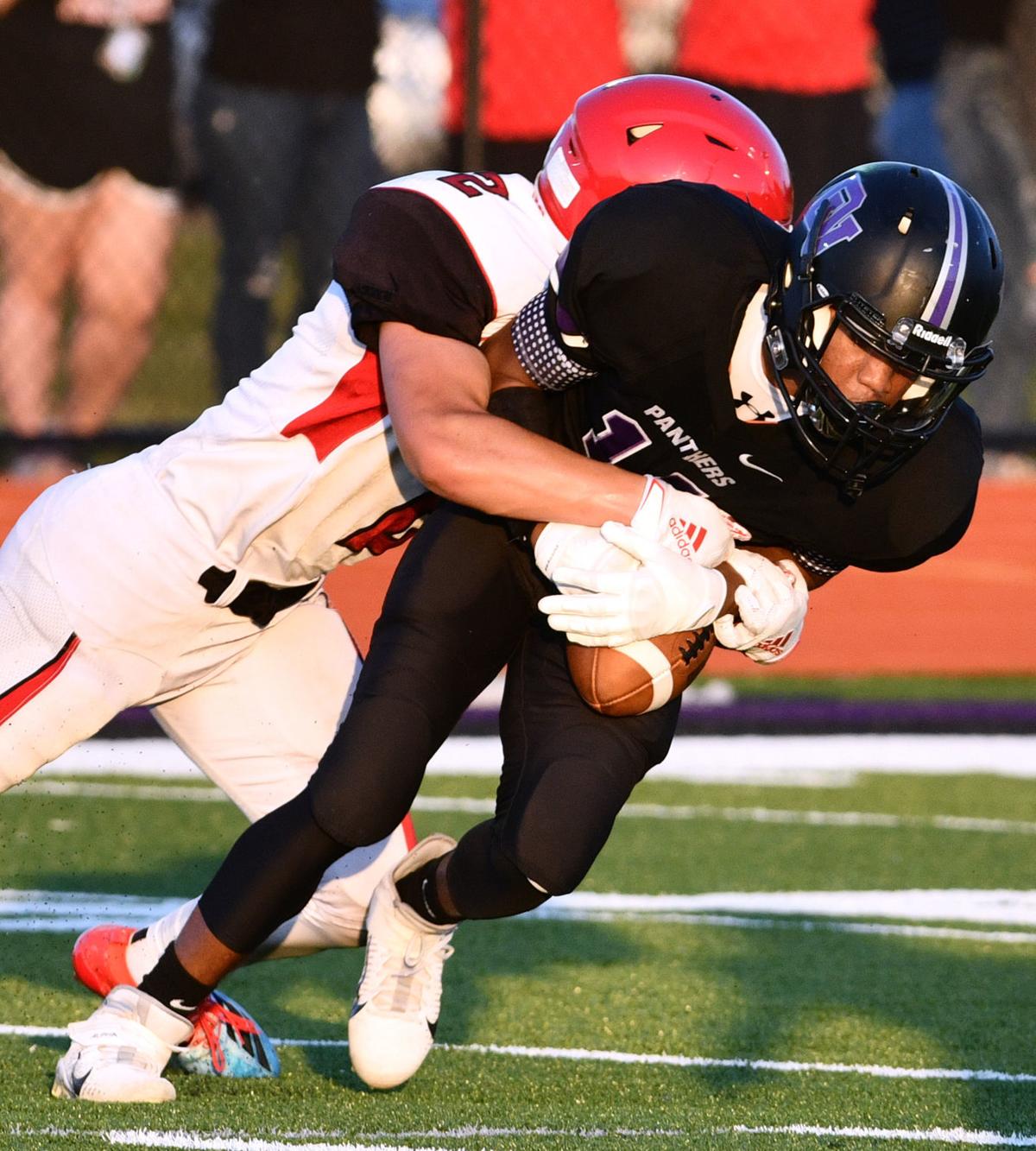 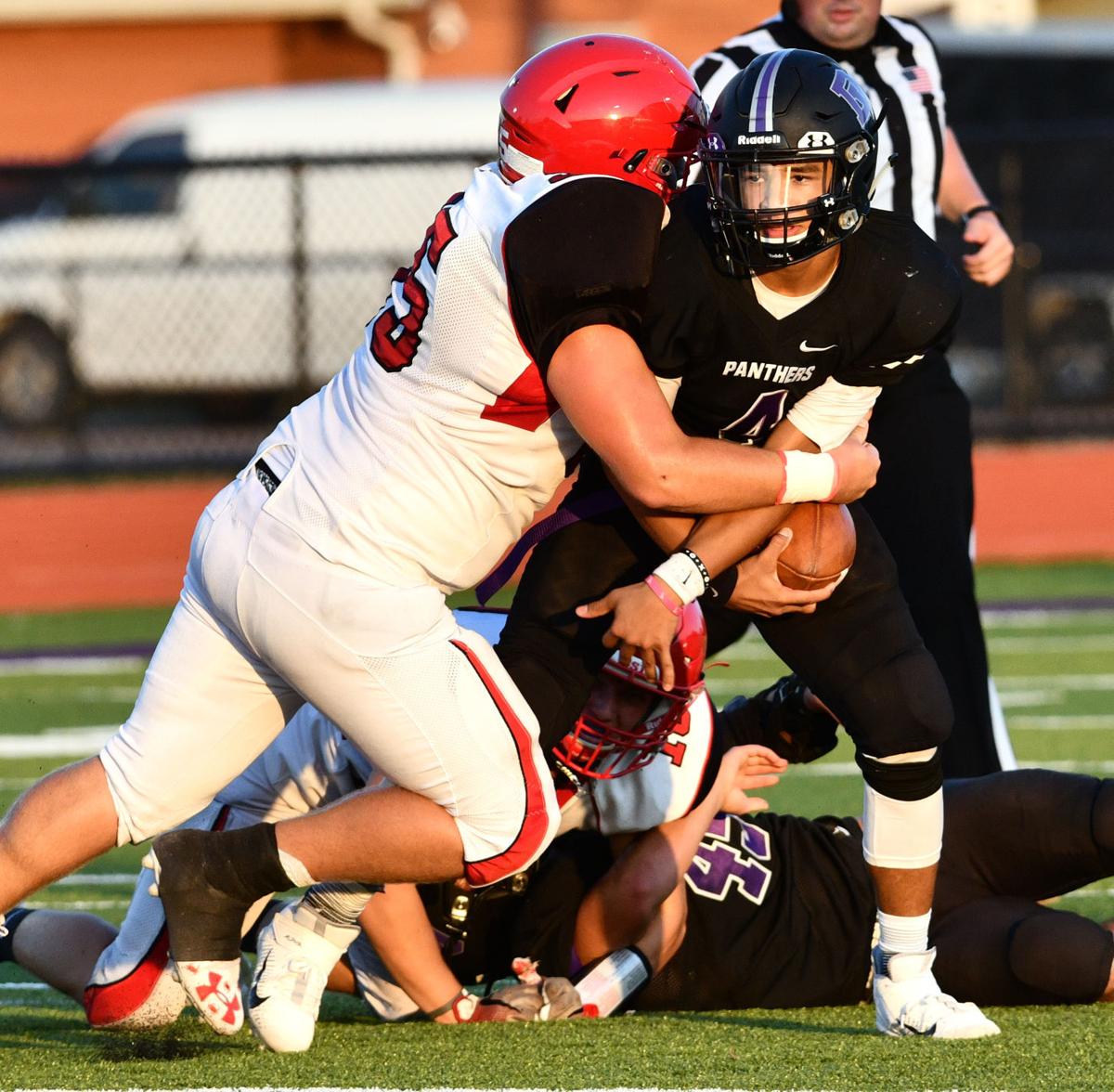 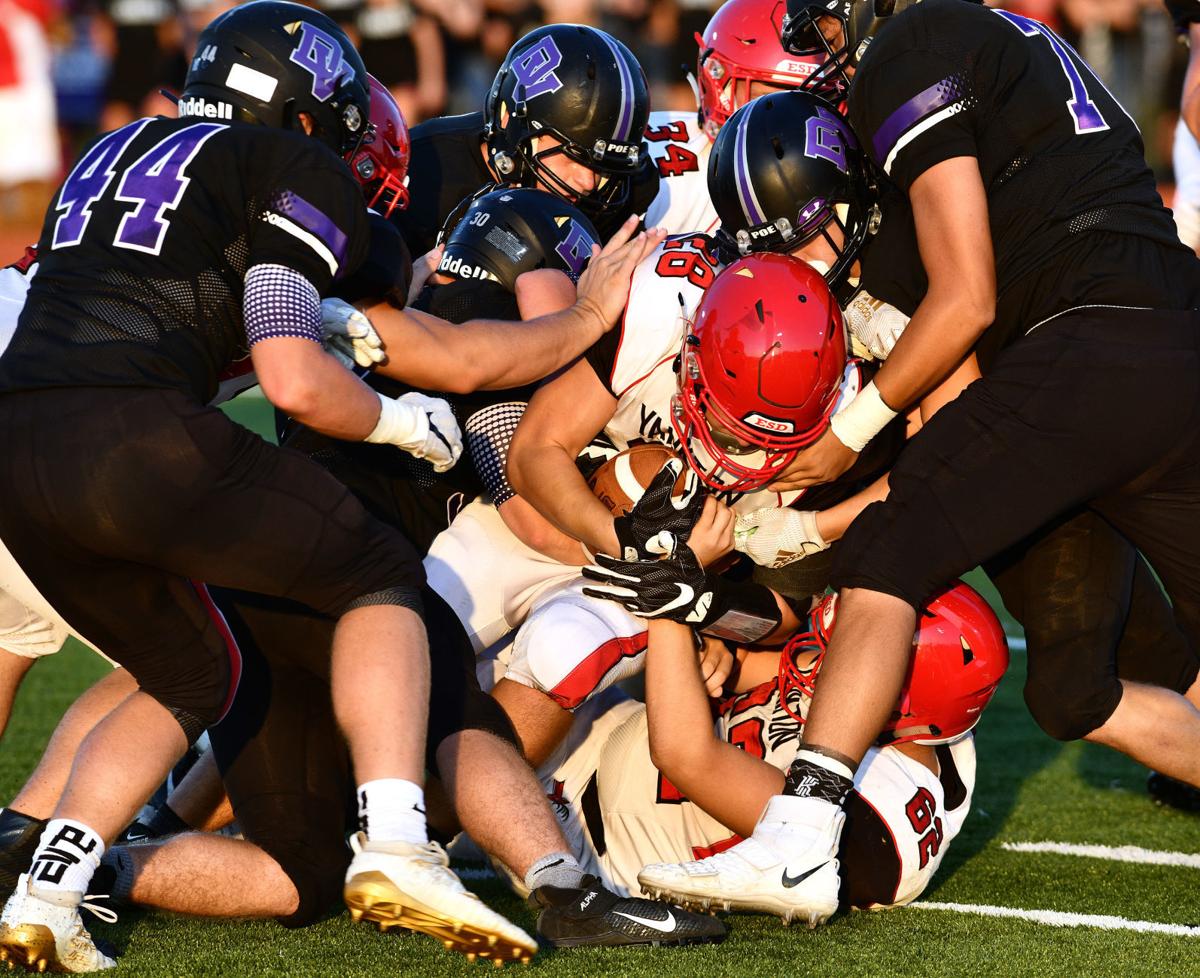 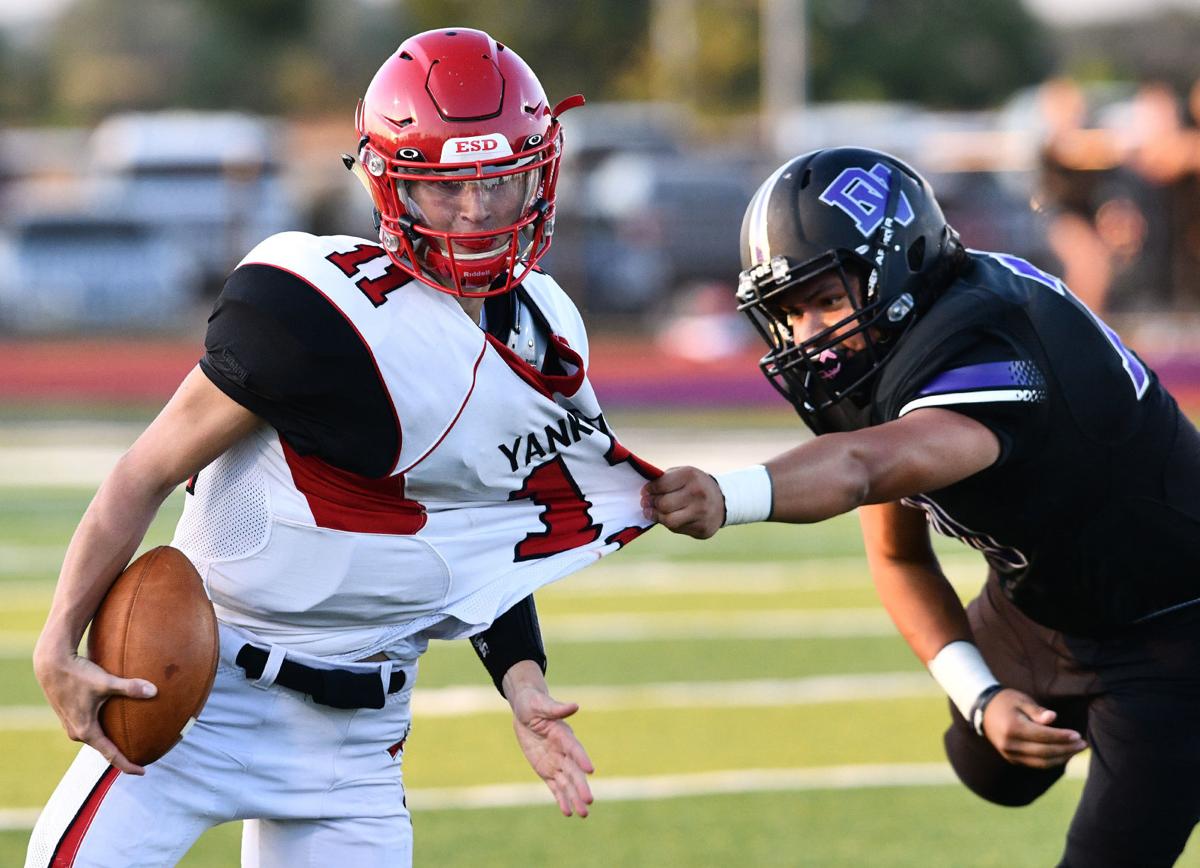 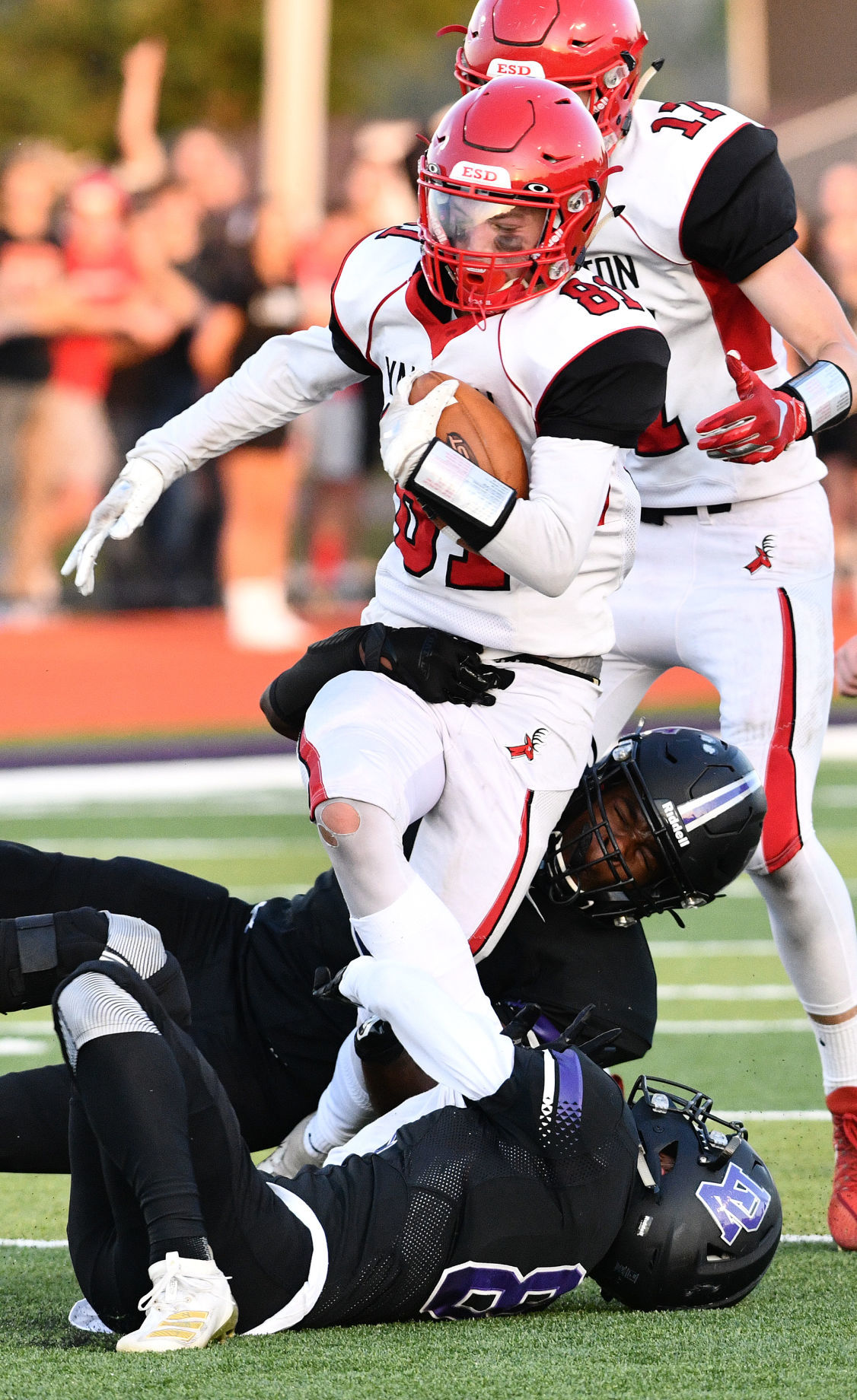 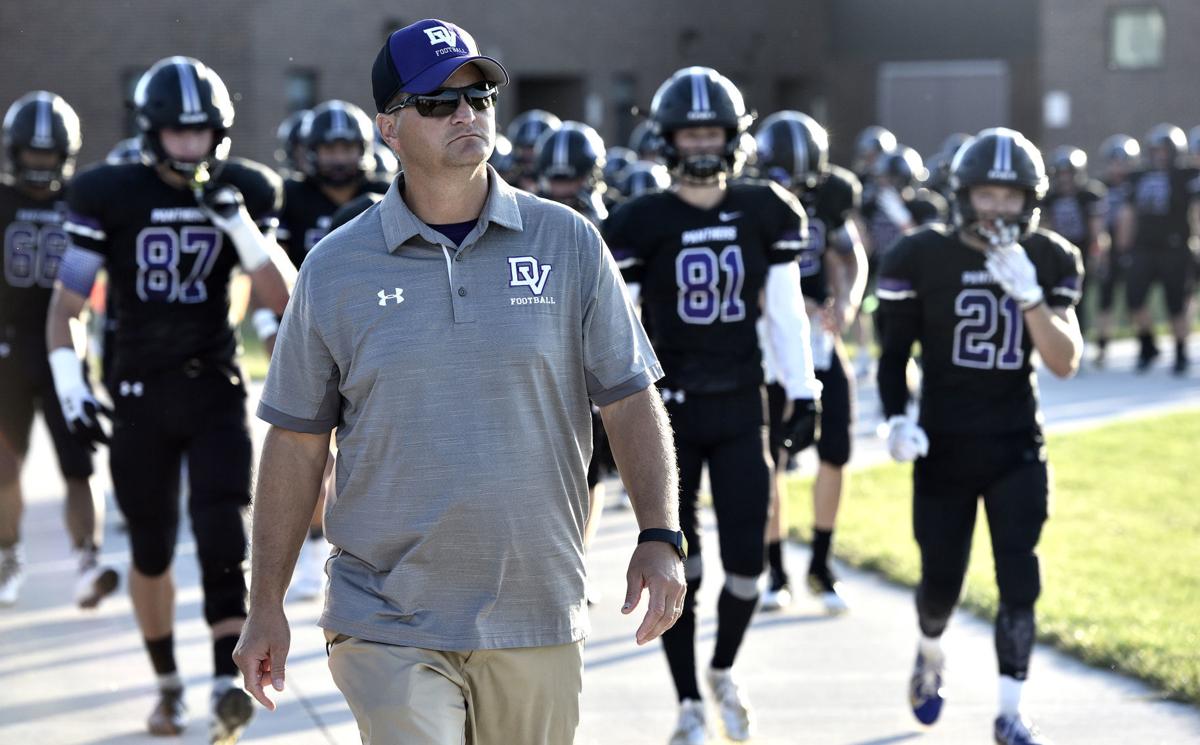 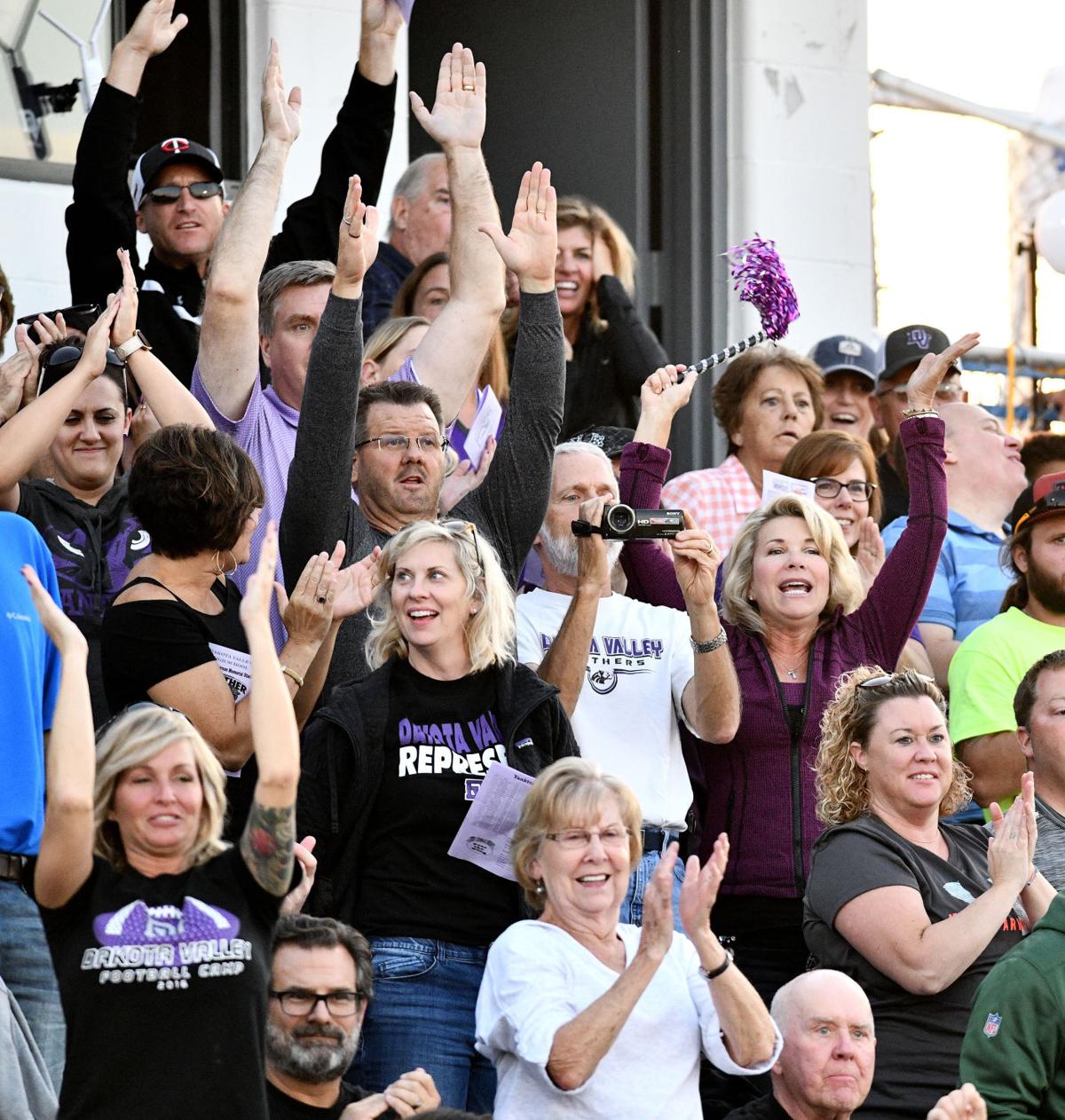 SIOUX CITY -- As she finishes her long career at Briar Cliff University, Sister Shirley Fineran will have a prominent role in the college's co…

Enrollment up at some Siouxland colleges, down at others

Some of the colleges are seeing notable enrollment benchmarks. In totals compiled by the Journal, new records and near records in varying categories have been set at Northwestern College and other colleges.

SIOUX CITY -- Some Northwest Iowa high school seniors leave before commencement because they didn't like school, are tired of what they descri…

During some recent years, district officials were forced to cut millions of dollars in spending, which included slashing some teachers' pay and offering financial incentives to teachers who agreed to retire early.

B.J. Koch received the honor at the Iowa Student Leadership Conference in Des Moines on Monday. He had been nominated by the East High Student Council.

Miyuki Nelson was rebuffed for a four-year position, as voters instead choose Dan Greenwell, a persistent district critic, Monique Scarlett, Juline Albert and Taylor Goodvin to fill four spots on the seven-member board.