Earleywine resigned as the superintendent of the Sergeant Bluff-Luton Community School District in February, after 27 years with the district. His last day is June 30.

The board voted 5-2 to approve a contract with Earleywine to serve as the interim for one year, starting July 1.

Sioux City Superintendent Paul Gausman was selected in February as the new superintendent of the Lincoln Public Schools. His last day in Sioux City is June 30.

The school board previously signed a contract with the Omaha firm of GR Recruiting, which specializes in recruiting for educational leadership roles, to help with the search for a new superintendent.

Board President Dan Greenwell said the search was done by a committee of himself and board members Jan George and Juli Albert. It was recommended by GR Recruiting to find someone locally who was qualified.

Board members Perla Alarcon-Flory and Monique Scarlett voted against the appointment, expressing concerns regarding the decision to choose an interim without school and community input.

Alarcon-Flory said she felt the expected process was not followed, and an option for feedback from the staff and community was not given. She said her vote against the appointment was not against Earleywine, but against the process by which he was appointed.

Scarlett said there was lack of communication in the process, with many of the board members were unaware of the selection until Friday. She said she did not meet Earleywine until Monday, and said the board wasn't given enough time to do research.

Scarlett asked that the process be open for internal and external consideration; this idea, she said, was "shot down."

The main reason the board members gave previously for choosing to appoint an interim superintendent before hiring a new superintendent was to give the community and staff time to provide input on the candidates.

"If we're to do our due diligence I think we need to take our time and ensure we do this process correctly," Michaelson said previously.

Gausman, who'd been Sioux City's superintendent for 14 years, landed his "dream job" in his home state of Nebraska following the retirement of Lincoln superintendent Steve Joel, who announced in September that he would step down after 37 years.

Gausman said he has grown to love Siouxland and the people in the community.

“I pledge to this community that I intend to finish well here,” he said. “We’ve got a lot of things in the works right now and I intend to keep working forward on those things and to not be distracted as I do that work. This community, these students, deserves no less.”

At Sergeant Bluff-Luton, Earleywine had been superintendent for 15 years. Previously he had served as middle school principal for 12 years.

He had been at the forefront of pushing for improved schools and facilities in the SB-L District.

SIOUX CITY – The Morningside Regina Roth Applied Agriculture and Food Studies Program has grown significantly since its inception in 2015, pro…

Gary Brown, the longtime director who Donawa succeeded, has offered to temporarily come out of retirement to fill the position until July 30, or a  replacement is found. Donawa, who was hired in November 2021, said his resignation is effective April 29.

The 12,000-square-foot building would be added to the west side of the facility, and provide space for students to build houses or other small building, said Tim Paul, the district's director of operations and maintenance.

The U.S. Occupational Safety and Health Administration said it would release findings at 3 p.m. If the agency finds Amazon or its warehouse developers violated worker health or safety rules, it could issue citations or propose monetary penalties.

The Sioux City school board on Monday approved a new contract for unionized bus drivers and operations and maintenance workers that includes pay raises between 3.59 and 4 percent.

As part of the project, Briar Cliff will create the School of Interprofessional Health and Help Sciences, a health care workforce training facility.

The ensemble will have their inaugural performance  Thursday, which coincides with Cinco de Mayo Day. The performance takes place at 5 p.m. in the North High School Auditorium.

"We failed as a board," one member, Monique Scarlett, said.

The Sioux City school board has confirmed Angela Bemus' appointment to serve as the district's new associate superintendent, despite questions raised by some board members about the selection process.

Sioux City School Board President Dan Greenwell said Monday the search for an interim superintendent and associate superintendent did not lack transparency, in spite of recent comments from fellow board members suggesting the opposite.

Papa John's rolls out pizza with no crust

Papa John's rolls out pizza with no crust 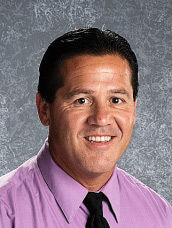 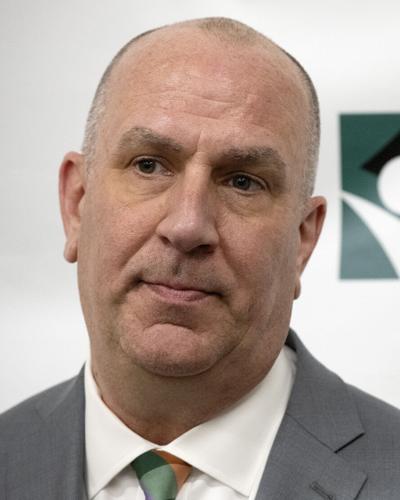