The seven-member board will discuss adding  to the district's AR907 policy, which governs operations during a public emergency. This policy is the same that allows Gausman to make changes due to inclement weather.

The addition would allow Gausman to implement mask mandates for specific buildings that may be seeing high outbreaks. Last week, Gausman said he was closely watching one building that had high outbreak numbers, especially in the teachers.

“We want to be able to look at this on a building-by-building basis,” he said.

Gausman said he wants to keep schools open, and a temporary mask mandate at specific buildings may mitigate having to temporary close the school.

This new policy change comes shortly after the district reported the highest number of cases within the district this year, with 200 students and 109 teachers and other staff in district testing positive in the week ending in Friday.

With new COVID-19 cases spiking in Woodbury County, the district needs to make decisions more quickly to respond to changing conditions with the virus, board president Dan Greenwell said Wednesday.

"The focus of the school board is to ensure that we keep the schools open and keep students in person learning, as the best possible way of educating students," Greenwell said in an interview. "Nearly a third of the people in Woodbury County are testing positive. What we want to have is a policy is place that makes sure the school district can respond quickly if we need to."

His comments came on the same day Siouxland District Health reported Woodbury County added nearly 2,200 new cases of COVID-19 last week, as the highly-contagious omicron variant continued to surge. The case rate was roughly a 31% increase from the week before, and the positivity rate hit 33.1%.

Certain details of the policy still need to be worked out, such as what percentages would trigger the mandate and whether or not there will be weekly reports of cases building to building, Gausman said. He said he will give recommendations to the board, but ultimately they will make the final decisions.

Four months ago, the school board declined to act on a measure that would have required facial coverings for all students, teachers, staff and visitors in all district buildings. Then-board vice chair Monique Scarlett pushed for the mandate days after a federal judge blocked a new state law that had prohibited local districts from adopting such measures.

The new law, passed on the final day of the legislative session, was soon challenged in both state and federal court. A state court upheld the law, but on Sept. 13, a federal judge ordered the temporary halt of enforcement while the courts consider legal challenges to the law signed by Gov. Kim Reynolds.

The federal suit, initiated by the Biden administration, argues the law discriminates against students with disabilities and serious health conditions, because their health is endangered by schools with unvaccinated students who are not wearing face masks.

As it has been in much of the rest of the country, the issue has been controversial locally. Two dozen 23 citizens weighed in during the Sept. 15 emergency school board meeting. The environment in the packed board room was heated, with people in the crowd interrupting speakers and board members with shouts, claps and verbalized frustrations.

Scarlett's motion to adopt the mandate died due to a lack of a second.

Other board members said they saw no reason to vote on the issue, citing a flood of calls, texts and emails they received from students, parents, teachers and other community members opposed to the proposed requirement.

Scarlett and other advocates argued masks have been scientifically proven to be the second best way to reduce the spread of the virus, after vaccinations.

Now, Gausman said he believes a supermajority, if not all of the board members, will be approving of the change, while providing feedback on how it should be implemented.

He said everyday he receives communication from people approving and disapproving of a mask mandate. He added he will never get both sides to agree, but said they can agree on wanting to keep the schools open.

The proposed mask policy change will be on the agenda for the board's regularly scheduled meeting Monday, which starts at 6 p.m.

An Arizona man faces federal charges after authorities found nearly 13 pounds of cocaine hidden in his car during a traffic stop. Officers also seized $1,000 in cash, a cellphone, iPad tablet and other documents as evidence.

On Thursday, pet food maker @RoyalCanin announced a $185 million expansion of its North Sioux City plant that it says will create 149 new full-time jobs. The company, a division of multinational manufacturer Mars Inc., currently employs more than 380 in the South Dakota city.

A similar, but more destructive, fire damaged an Interstate 29 bridge in Oct. 2019. That blaze, which also ignited in a homeless encampment, did more than $1 million in damage.

With caucuses coming up in Woodbury County on Feb. 7, the two main political parties in the area are taking two different approaches to the event.

South Sioux City's shortened school week will last for at least three weeks. There will be no school on Mondays through Feb. 4, but staff will report to the building as normal.

Although she raised 13 times more money than her leading opponent last year, Gov. Kim Reynolds plans to run like she’s 10 points behind.

The school board unanimously approved an addition to the district’s public emergency policy to allow Superintendent Paul Gausman to implement mask mandates for specific buildings that may be seeing high outbreaks.

North Korea deploys army as WHO expressed ‘concern’ over COVID

'This is our lives, our money': Ukraine hotel owners speak out on the devastating impact of war

'This is our lives, our money': Ukraine hotel owners speak out on the devastating impact of war

After hate crime in Buffalo, police search for warning signs

After hate crime in Buffalo, police search for warning signs 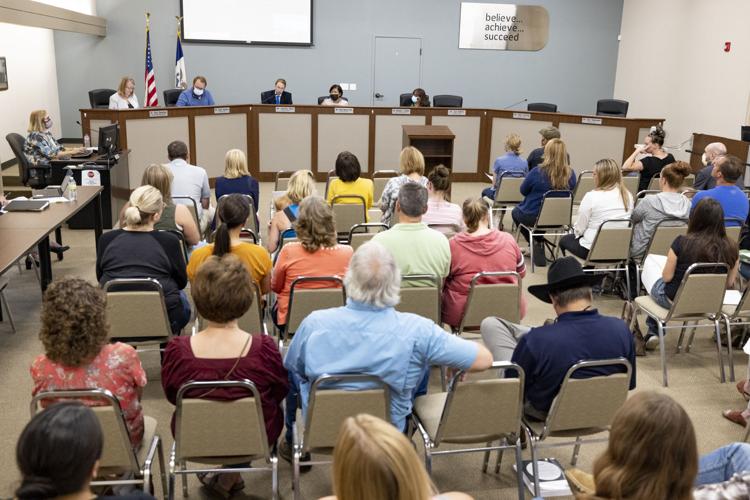 Parents, teachers, and other members of the community attend an emergency meeting held by the Board of Education for the Sioux City Community School District to decide whether to require masks for students at public schools in Sioux City, Iowa, Wednesday, Sept. 15, 2021. 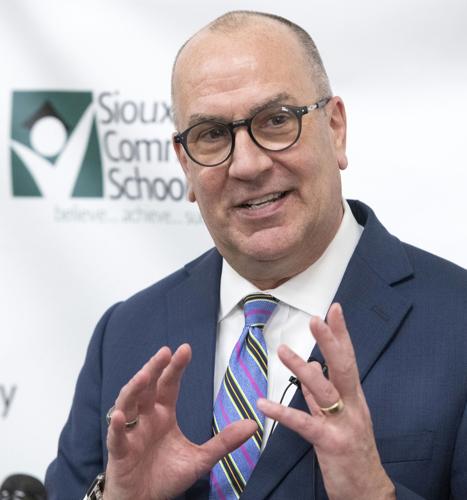