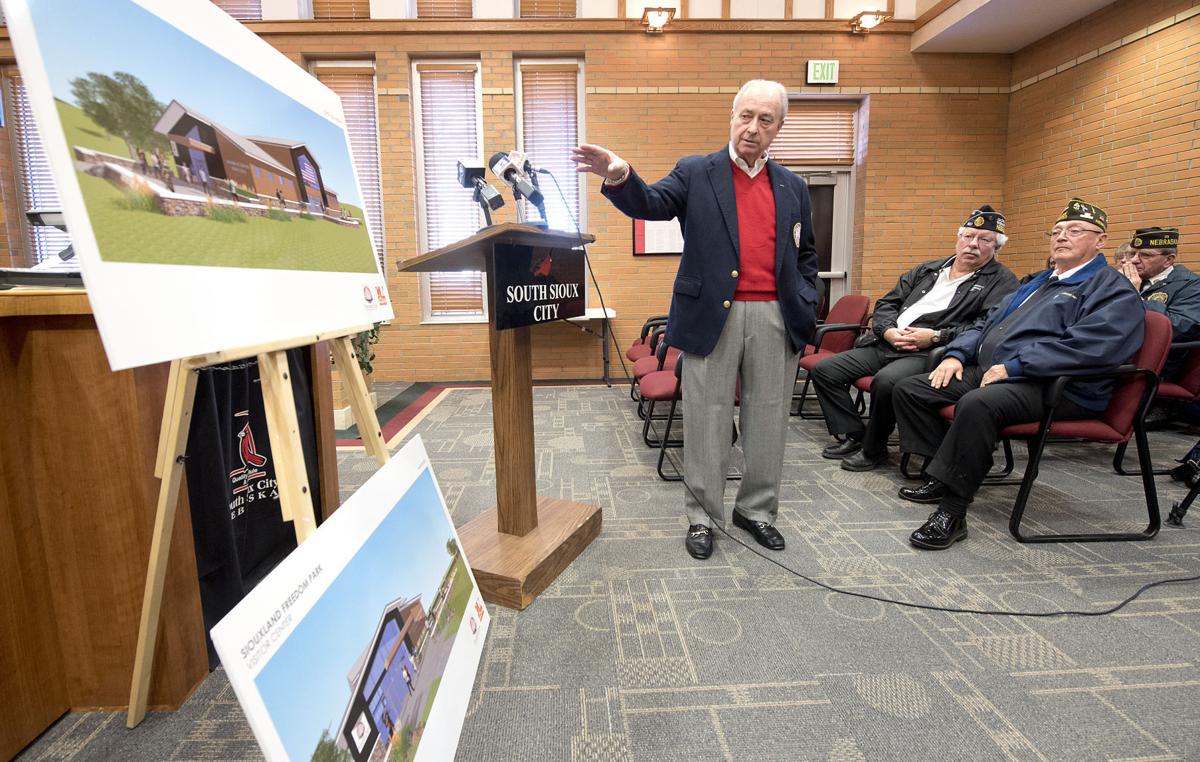 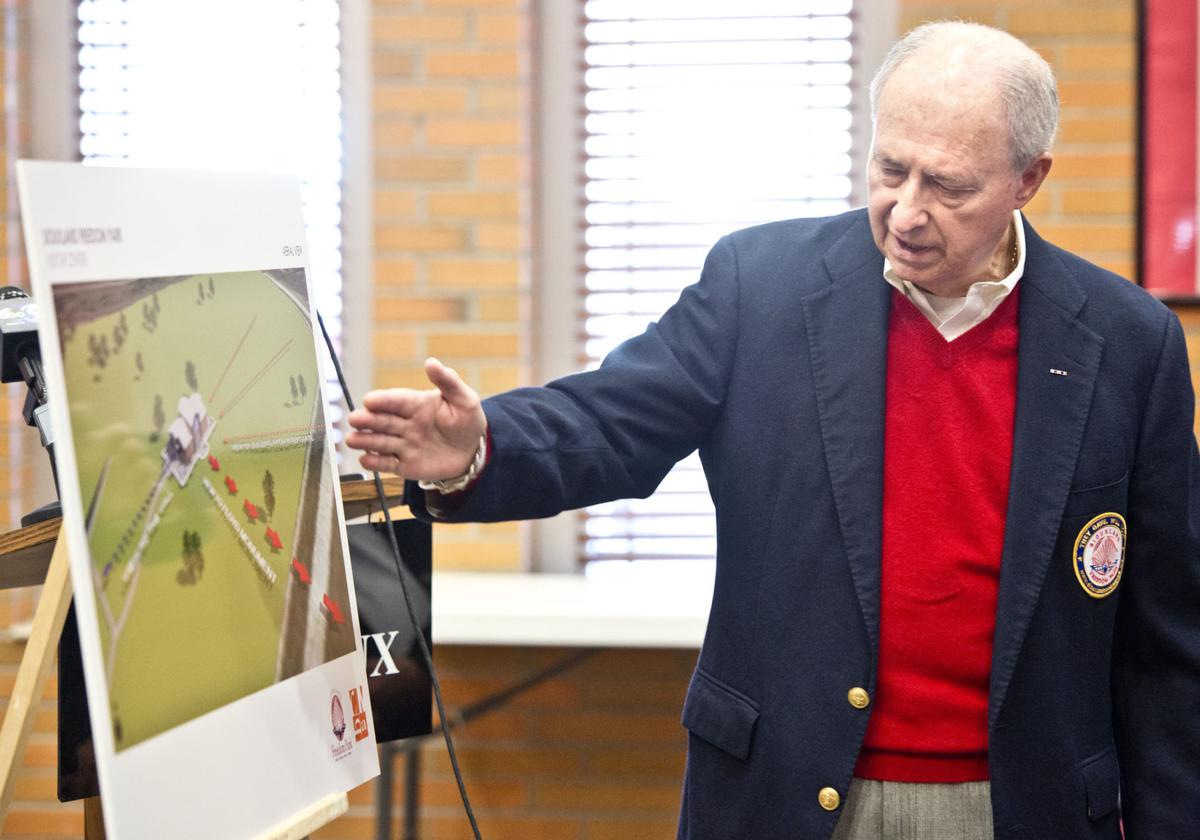 SOUTH SIOUX CITY | For the past six years, Mike Newhouse said, he and others involved with Siouxland Freedom Park have heard variations of the same question:

When is the park's visitor center going to be built?

Newhouse finally has an answer.

"We will break ground in April of this year," Newhouse said during a Wednesday morning announcement at South Sioux City Hall.

Six years ago, the park awarded the design for a two-story, 12,000-square-foot visitor center to be built in the South Sioux City park located on Riverview Drive and Foundry Road near the Missouri River on the city's east side. Fundraising did not progress as planned, and construction of the Vietnam Veterans Memorial Wall cost much more than initial estimates.

Rather than try to raise another $1.5 million needed for the initial center design, Newhouse said Siouxland Freedom Park Inc. decided to go with Plan B: a scaled-down version that will cost $500,000-$600,000.

"What we are doing is being practical," said Newhouse, Siouxland Freedom Park president.

The visitor center will be a single level covering 5,000 square feet, including nearly 4,000 square feet of room in three exhibit areas that will include static and traveling exhibits recognizing veterans from all branches of the military from the Revolutionary War to the present.

It will also include a reception area and restrooms. A large American flag on an exterior wall will be illuminated and visible from Interstate 29 around the clock.

The center is tentatively set for completion in October. A grand opening would take place next spring.

"This is pretty incredible. We've been waiting for this to happen. It almost brings me to tears. It's really going to be something," said Bill Johnston, Dakota County Veterans Service Officer, who has been involved in the project since the initial idea for the park was dreamed up after The Wall That Heals, a replica of the Vietnam Veterans Memorial in Washington, D.C., visited South Sioux City nearly 10 years ago.

Newhouse also announced the kickoff of a six-month, $500,000 fundraising campaign to add to $350,000 currently in hand. The new campaign will fund completion of the center and execution of an exhibit contract.

Once completed, the visitor center will be operated and maintained by the city, and volunteers will staff it. It will be the latest addition to the 55-acre park, which includes a dog park and the Vietnam Veterans Memorial Wall, which will be linked via a walkway to the visitor center.

Other monuments and features could be added in the future, but for now, the focus is on building the visitor center.

"It's been at the top of our dream list for six years now," Newhouse said. "It will be something we can be proud of."

The setting surrounding the Vietnam Veterans Memorial Wall leads to reflection and remembrance.

"The wall is like a mirror," Mike Newhouse said of the South Sioux City half-scale replica of the permanent Vietnam Veterans Memorial Wall. "It allows the visitor to see himself as a soldier."